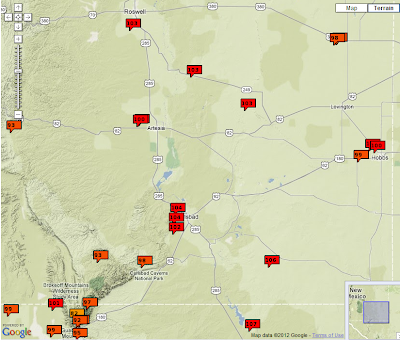 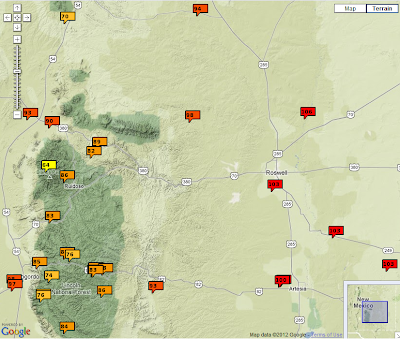 Yesterday once again saw triple digit high temps across much of the southeastern plains. The automated weather station located just south of the state line, near Orla, Texas, recorded a high of 107. Nearby, the Paduca Raws reached 106 as did the 8-Mile Draw Raws station located northeast of Roswell. I had 104 here at my home in Carlsbad, as did the Roswell Airport. The Carlsbad Climate Co-Op station tied their daily record high of 103-last set on Sept 4, 1945. The Carlsbad Airport reached 102 while the Artesia Airport reached 100. A personal weather station located in northwest Hobbs reached 102, while the Hobbs Airport reported 99, and the Tatum Climate Co-Op station reported 100.

Similar readings are anticipated for today and Thursday, with our afternoon high temperatures forecast to range from the upper 90's to the low 100's. Friday will see highs ranging from the mid 90's to near 100. 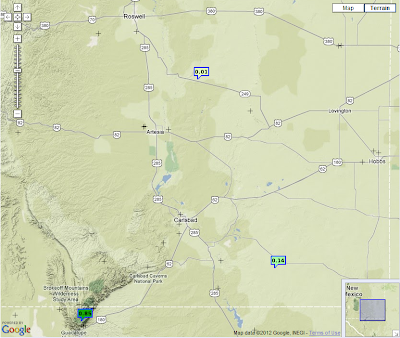 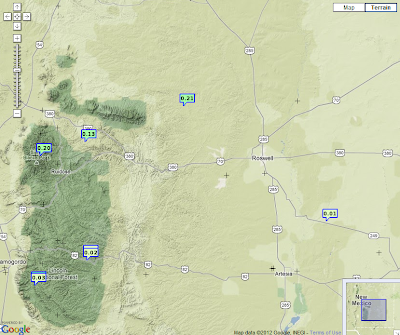 Widely scattered thunderstorms popped up across the southeastern plains yesterday afternoon. They looked much worse on radar than they actually were. Most of us were able to see some of these storms, although most of them missed the rain gauge reporting networks. The CoCoRaHS station located at Sunspot recorded .76". 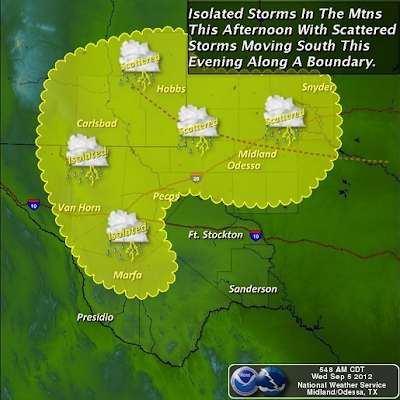 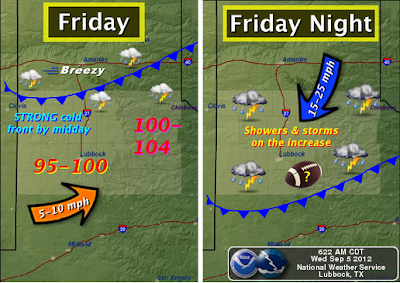 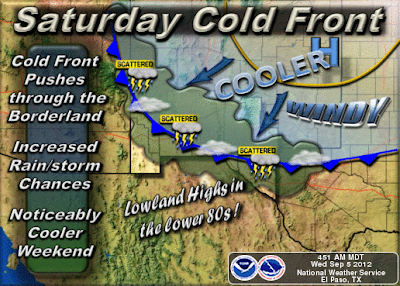 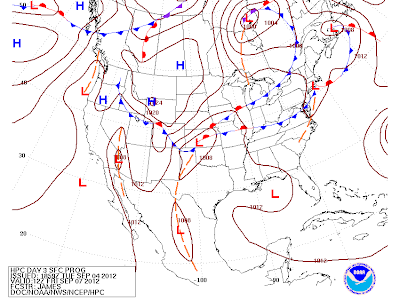 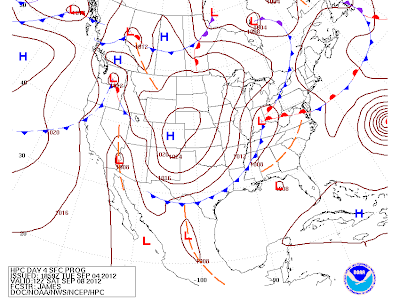 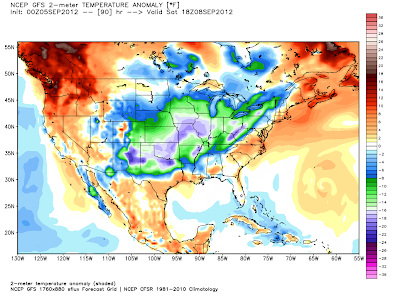 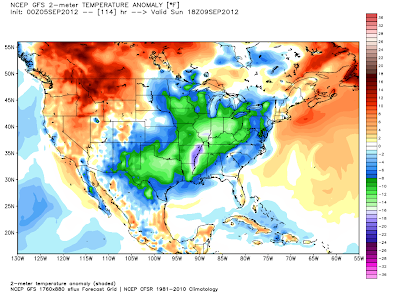 A fairly strong cold front is forecast to barrel southward into southeastern New Mexico Friday night. Gusty northerly winds will accompany the frontal passage, with some gusts possibly exceeding 40 mph. This may cause areas of blowing dust associated with the stronger wind gusts.

After seeing our daily high temperatures hover near, or above 100-degrees this week, which is some 10 to 15-degrees above normal, welcome relief in the form of cooler temperatures some 15 to 20-degrees below normal will occur Saturday and Sunday. Our afternoon highs will generally be in the 80's, and its possible that a few locations may only see highs in the 70's.

My Web Page Is Best Viewed With Google Chrome.
on September 05, 2012
Posted by Wendell Malone