Thunderstorms Will Increase Wednesday Into Friday. 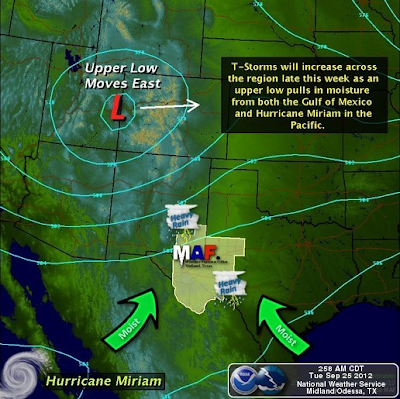 Two more days of 90-degree heat then we get a break.Today's and Wednesday's afternoon high temperatures, will once again climb up into the low-mid 90's across southeastern New Mexico under sunny skies. 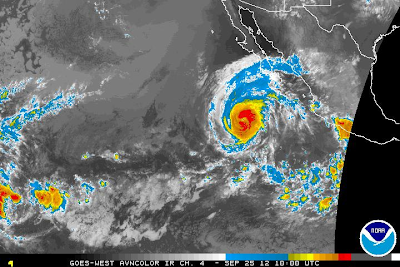 IR Satellite Image Of Hurricane Miriam At 4 AM MDT. 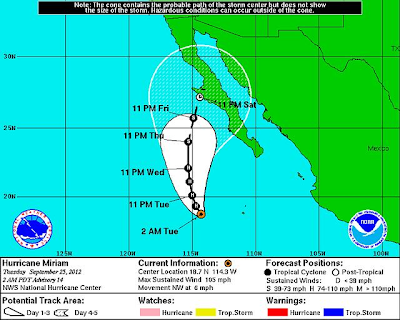 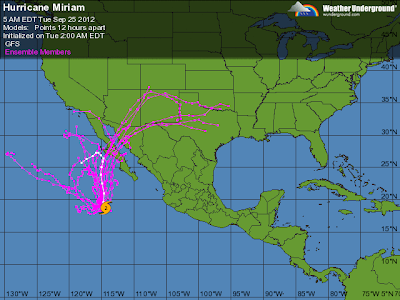 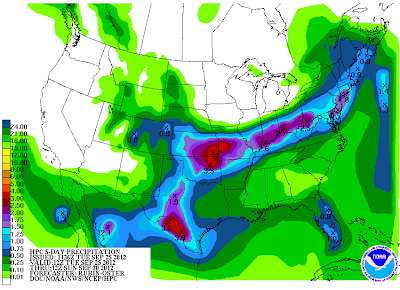 Hurricane Miriam increased to a Category 3 storm yesterday with sustained winds of 120 mph. She has weakened since then, and as of 3 AM MDT Miriam was located about 405 miles south of the very southern tip of the Baja Penisulia. Miriam has sustained winds of 105 mph with gusts near 125 mph. Her central pressure has risen up to 968 millibars, or 28.59 inches of mercury. Miriam will continue to weaken as she tracks northward over cooler waters.

Yesterday's thinking was that the dryline and upper-level trough of low pressure over the Great Basin would lead to a few scattered severe thunderstorms across parts of southeastern New Mexico and west Texas on Wednesday. Early this morning it appears that this threat has diminished. Thunderstorms are still expected but most of them should remain below severe levels.

Low-level moisture moving northwestward from the Gulf of Mexico, combined with the Great Basin upper-level trough of low pressure, will combine with moisture streaming northeastward from Miriam to produce scattered thunderstorms across the area Wednesday into Friday.

As I stated above, our chances for rain will be on the increase starting Wednesday afternoon, and especially on Thursday into Friday, and maybe even into the weekend. The computer models are still struggling with the exact track of the moisture that will be streaming northeastward into the area from the dying Hurricane.

Heavy rains will be possible across the area. 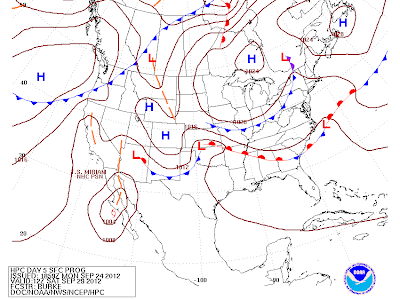 A cold front is forecast to enter the local area Saturday morning. If remnant moisture from Miriam continues to stream into the area then we could see an overrunning pattern setup. This would lead to widespread rain, some of which could be rather heavy, and much cooler temps.

My Web Page Is Best Viewed With Google Chrome.
at Tuesday, September 25, 2012