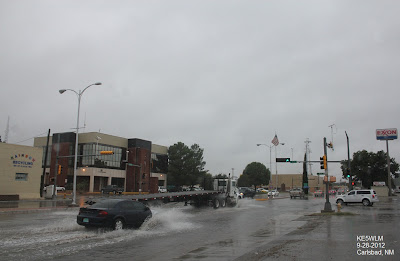 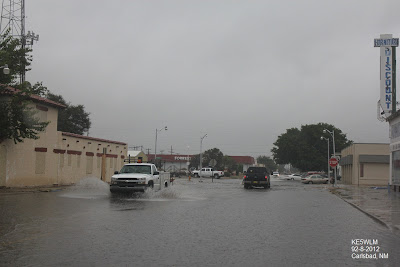 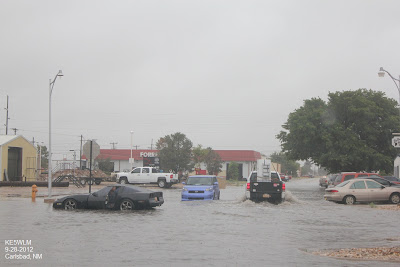 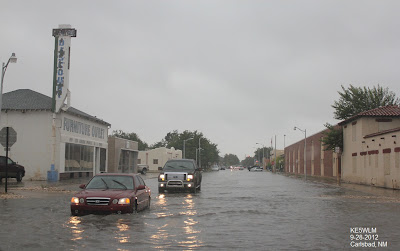 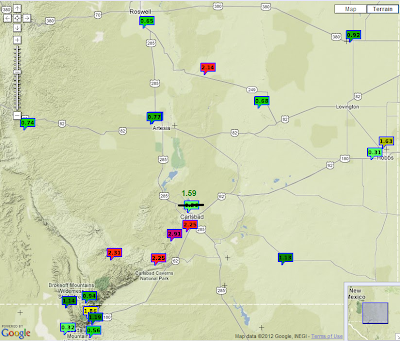 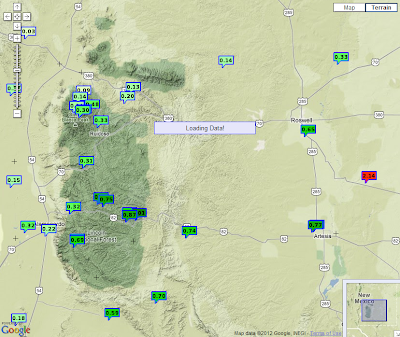 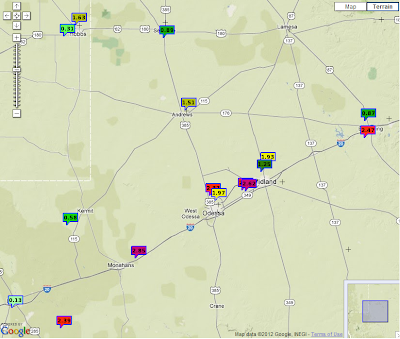 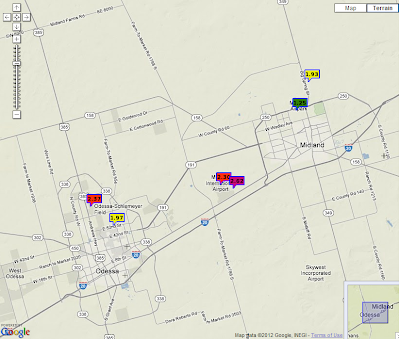 CoCoRaHS Rainfall Totals.
(As Of 7 AM MDT). 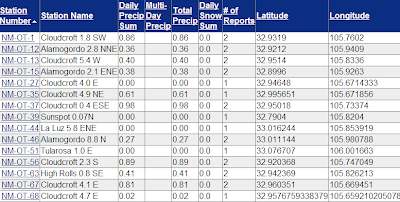 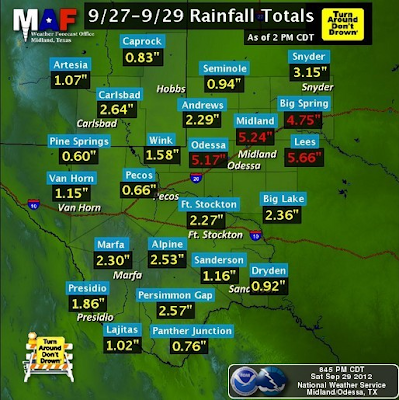 The Davis Vantage Pro2 Weather Station located at the Midland Emergency Management Office is reporting a storm summary of 6.42" of rain as of 9:30 AM CDT.

Additional rainfall totals will be added later today, and I will also update any of the totals posted above if needed. Remnant moisture from former Hurricane Miriam and remnant moisture from Tropical Storm Norman (son of Miriam) combined to produce the widespread heavy rains across the area. Its been a long time in coming.