Much Cooler This Weekend. 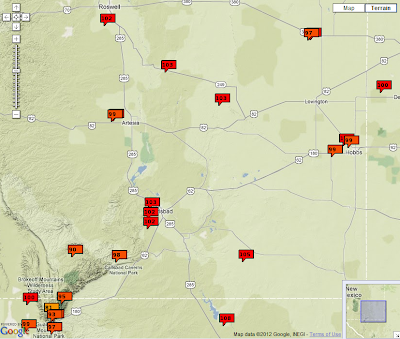 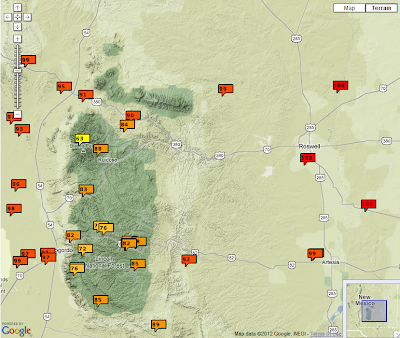 Yesterday's high of 104 at the Roswell, NM Airport tied the previous daily record high temperature last set on September 5, 1948. Additional record highs may have been tied or broken yesterday across the southeastern plains, and I will update the record list (see the chart above) if/when the new records were reached and become available.

Once again the automated weather station located on the Pecos River near Orla,Texas recorded a high yesterday of 108. Not to be outdone the 8-Mile Draw Raws located northeast of Roswell, also reached 108. Close behind was the Paduca Raws with 105, the Caprock Raws with 103, my home in Carlsbad with 103, and the Carlsbad Airport with 103.

More blistering heat is forecast today with most of us seeing highs once again near the century mark, or a little above it. Friday's highs will also be hot ahead of the approaching strong cold front with highs in the mid 90's to near 100. 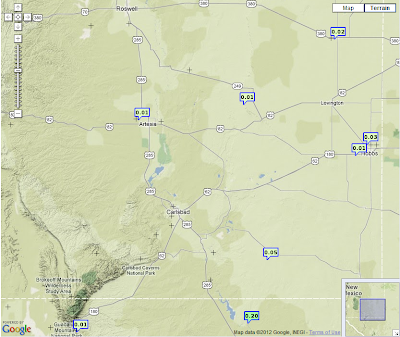 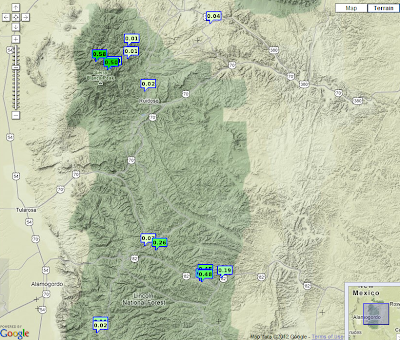 Afternoon thunderstorms yesterday dropped some decent rainfall totals in the Sacramento Mountains. A CoCoRaHS station located in Mayhill measured .64", while the Sierra Blanca Snotel station measured .50". Other stations in the northern Sacramento Mountains (click on the map above) picked up close to a half an of rain. The heaviest rains apparently fell in southern Lea County last night where radar estimated 1" - 2".

A line of thunderstorms developed along a southward moving surface boundary, at the same time as an upper-level disturbance was moving over the area yesterday afternoon and evening. The result was lots of thunderstorm activity, just not across Chaves and Eddy Counties. 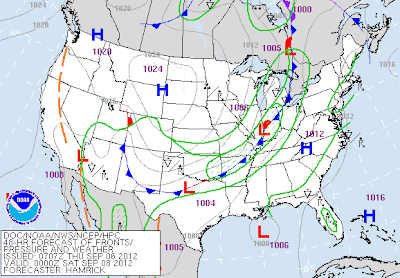 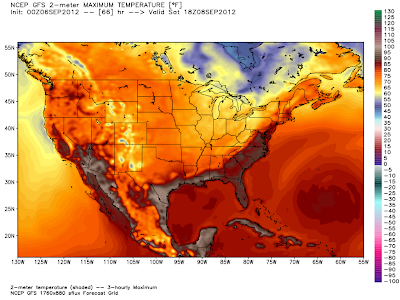 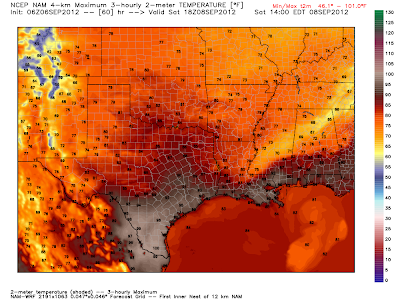 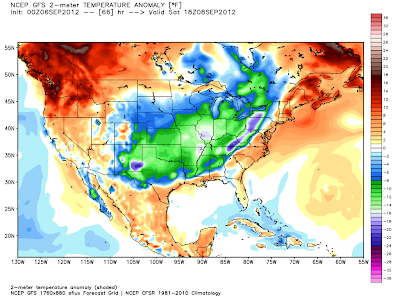 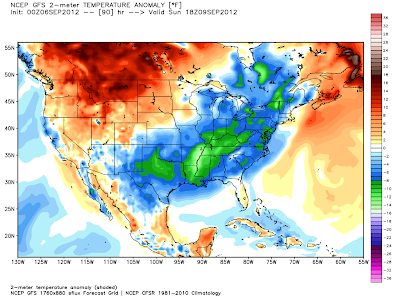 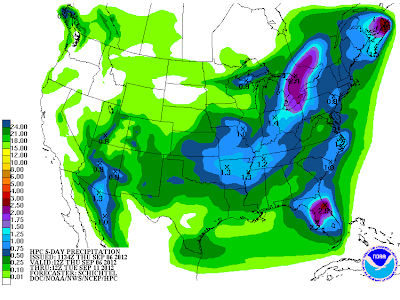 Even though technically the calendar says that fall does not start for another couple of weeks, meteorologicaly speaking, it started September 1st. You would not know this though by looking at your thermometers, because summer-like temperatures have been hanging on for dear life.

This will change come Friday night when a strong fall-like cold front races southward into the local area. This cold front is just entering Montana this morning, but will make a speedy journey southward today into tomorrow. Current forecasts indicate that the cold front should arrive in southeastern New Mexico by around sunset tomorrow. If the front is a little faster than is forecast, it will arrive earlier in the afternoon, if it is slower than forecast, it will arrive later in the evening.

As the cold front arrives, strong gusty northerly winds will occur along and just behind it. Some of these wind gusts may exceed 40-50 mph, especially with any thunderstorm activity. Localized areas of blowing dust may also occur with the strongest wind gusts.

If you are planning on going up to the Cloudcroft and Ruidoso areas this weekend, you might want to take a jacket. Cloudcroft is looking at a high temperature Saturday afternoon of only 56, and Ruidoso should only be in the mid 60's.

We will have a pretty decent shot at seeing thunderstorms developing along the front tomorrow afternoon. More than likely these storms will persist well into the night as the front pushes south, and a well defined upper-level disturbance moves across the area. Locally heavy rainfall may occur with the strongest thunderstorms, which could produce some localized flash flooding. 1" to 2" rainfall totals may occur in a few locations.

A few of these thunderstorms may become strong, possibly even borderline severe tomorrow afternoon and evening. These storms will be capable of producing strong winds gusts near 50 mph, hail, and deadly cloud to ground lightning strikes.

My Web Page Is Best Viewed With Google Chrome.
on September 06, 2012
Posted by Wendell Malone