Much Cooler Temps On The Way! 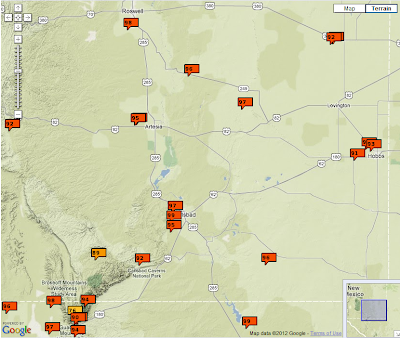 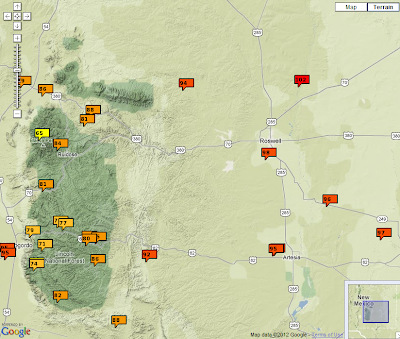 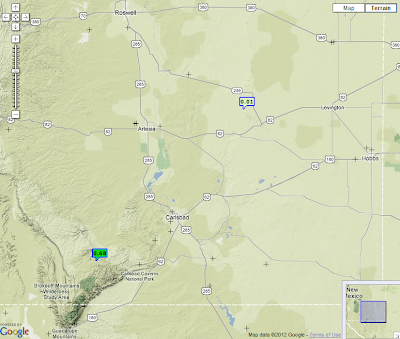 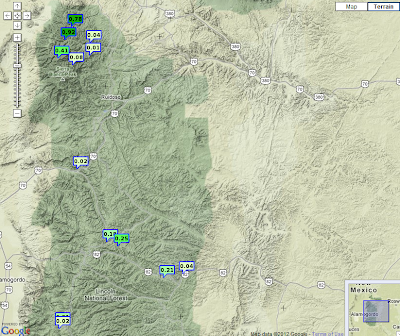 Our afternoon high temps were on average about 5-degrees cooler yesterday than what they have been running this week. Today's forecast high temps should be similar to yesterday's readings with the upper 90's to near 100. As is usually the case, a few spots may get above 100 this afternoon. High temperatures today in the Guadalupe and Sacramento Mountains will generally be in the 70's across the higher elevations, and the low-mid 80's at the lower elevations.

Thunderstorm activity yesterday was considerably less across the southeastern plains than compared to Wednesday. Once again the mountains were the favored areas, with several stations reporting between .50" and 1.00" of rain. 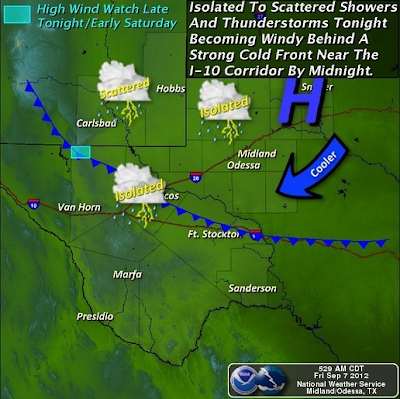 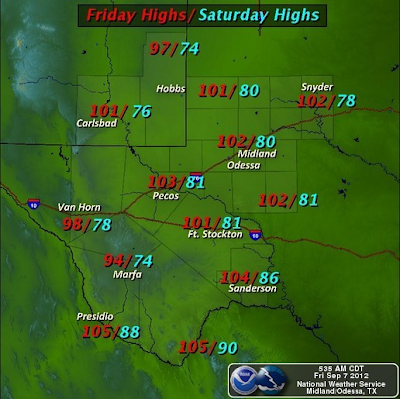 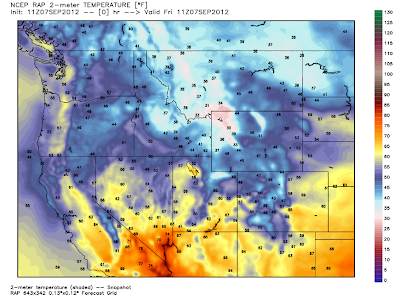 Surface Temperature Map At 5 AM MDT This Morning. 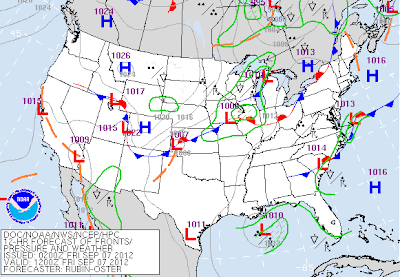 Surface Map Analysis At 6 AM MDT This Morning. 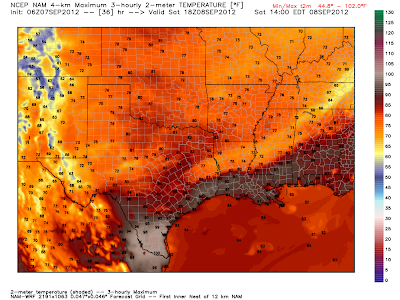 One more day of summertime heat then we get a break for the weekend. Early this morning a strong cold front was entering northern New Mexico. This cold front will surge fairly rapidly southward down the eastern plains today. By around sunset the cold front is forecast to have arrived in southeastern New Mexico.

Strong northerly winds will accompany the frontal passage. Some gusts may be in the 40 - 50 mph range. A High Wind Watch has been issued for the Guadalupe Pass area for late tonight into tomorrow morning. Northeasterly winds sustained at 30 - 50 mph with gusts near 60 mph is expected. Localized areas of blowing dust may develop along, and behind the front late this afternoon, and this evening as it pushes southward through the area.

Much cooler temperatures are forecast for the local area behind the front this weekend. Our afternoon highs on Saturday are forecast to be in the mid-upper 70's, and Sunday's highs will likely be in the 80's across the southeastern plains.

Highs on Saturday in the Ruidoso area are forecast to be in mid 60's, and the low 70's on Sunday. Cloudcroft and nearby areas are looking at the mid-upper 50's Saturday, and near 60 on Sunday.

Scattered thunderstorms are forecast to develop later this afternoon. As the cold front nears, we should see this activity increase. Some of these thunderstorms will be strong and will produce locally heavy rain, which may cause some localized flash flooding problems, especially over and below the burn scar areas. Some of the stronger thunderstorms will also be capable of producing hail, wind gusts near 50 mph, and deadly cloud to ground lightning strikes.

Our chances for rain will diminish during the day on Saturday, as a much cooler and more stable airmass settles in over the area. Our low temperatures this weekend will be in the 50's across the plains. Some of us may even slip down into the upper 40's. Low temperatures across the mountains will generally be in the 40's, with a few of the normally colder spots dipping down into the 30's. To sum it up, a cool fall-like weekend!

My Web Page Is Best Viewed With Google Chrome.
at Friday, September 07, 2012