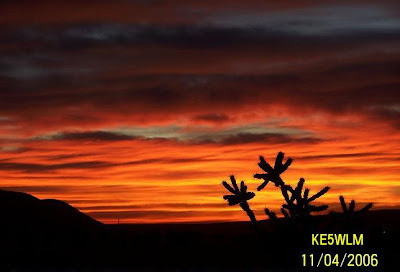 One of my favorite photos. I shot this one at the Indian Basin
Gas Plant six years ago. 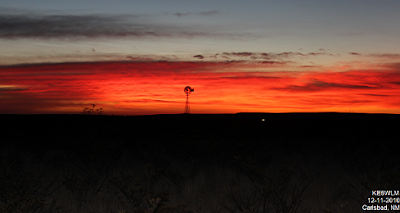 Another one of my favorites that I took along State Hwy 137
northwest of Carlsbad, NM back in 2010.

Today Into Early Next Week. 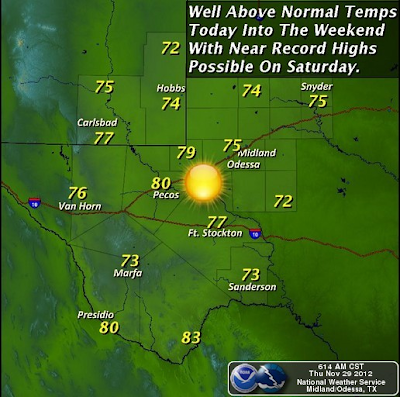 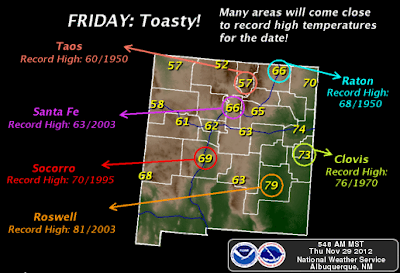 November is going to end with above normal temperatures for southeastern New Mexico and nearby areas, and December is going to start out on the same path. Our afternoon highs today are forecast to rise up into the mid - upper 70's. Friday's highs will be a few degrees warmer with most of us seeing highs close to 80. A repeat of these temps will occur Saturday into Monday with highs ranging from the mid 70's to near 80. 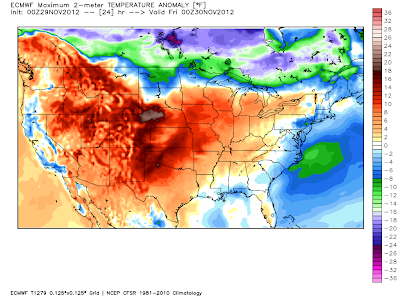 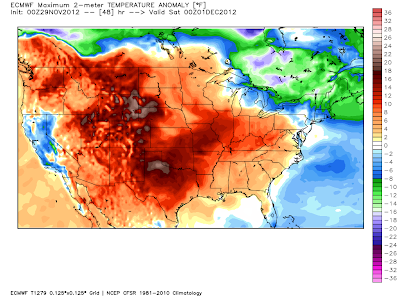 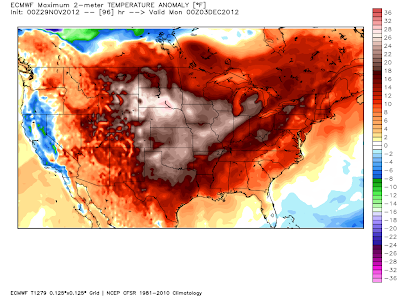 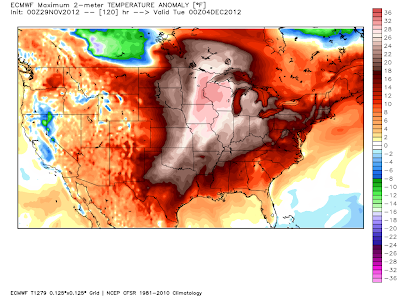 We may see a pattern change beginning to take shape late next week according to the European (ECMWF) model forecasts below. A shot of cold air may be headed our way in about a week. 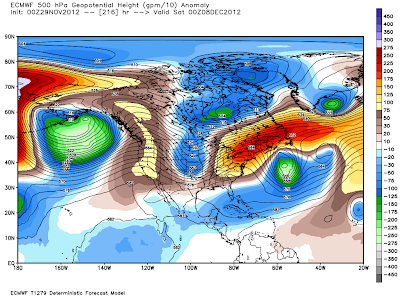 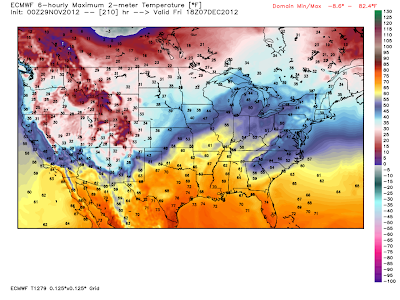 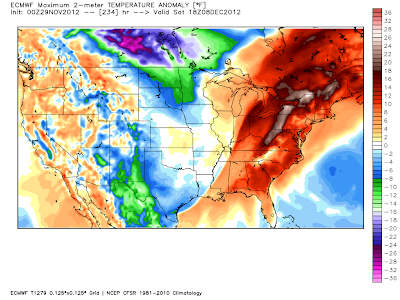 What goes up, will in time, come back down. And the reverse of this is also true. In the weather world nothing ever stays the same for long. Our atmosphere is constantly in motion, and this motion dictates change. Trying to figure out when that change is coming, and how much change will occur when it comes is the challenge.

November has pretty much seen above normal temperatures here in New Mexico. No doubt the Ski industry is getting a little nervous about the possibility of a warmer and drier than normal winter. That's the million dollar question, what will our winter be like? If the current trends continue then we may very well be looking at a very warm and dry winter. I doubt that they will.

I'm not one to try and speculate much on long-range forecasting. To me it just doesn't make much sense because most of the time you will end up being wrong when you do. Last winter was a classic case in point. I for one, would never have dreamed that we would have seen a foot of snow (more photos here, and here) on the ground Christmas morning in Carlsbad, New Mexico. But it happened.

There are some indicators that we may begin to see the current pattern change as we head into December. If these indicators are correct, then December may end up being pretty darn cold, and snowy for much of the U.S. east of the Rockies. I wouldn't bet the farm on this though. 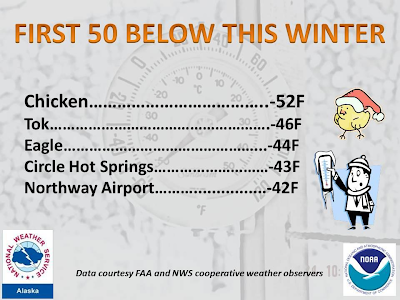 Graphic Is Courtesy Of US NWS Alaska.

Chicken, Alaska drops down to -52F this morning. Brrrrrrr.

Some of the coldest air that we have seen in ten years has been locked up in Alaska and Northwestern Canada this month. Remember, a couple of weeks ago the temps in interior Alaska dropped down to below -40F. This is nothing unusual for January and February, but its very unusual to see these temps in the middle of November. Is this one of those indicators of what is to come south into the U.S. later? Maybe...we will just have to wait and see.

My Web Page Is Best Viewed With Google Chrome.
on November 29, 2012
Posted by Wendell Malone