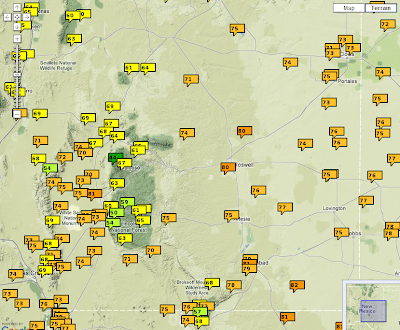 You could not have asked for a better Thanksgiving as far as our local weather was concerned. That is of course if you are not a snow lover. Widespread high temperatures in the 70's were recorded across the area, with a few 80's noted too.

Today Into The Weekend. 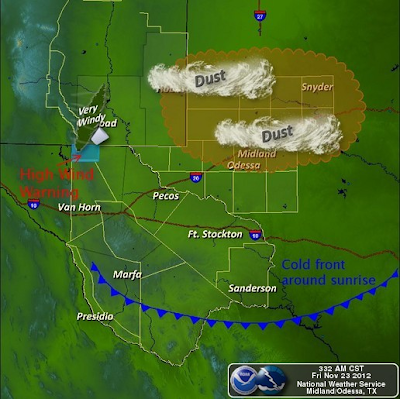 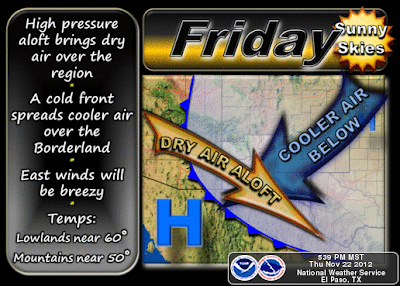 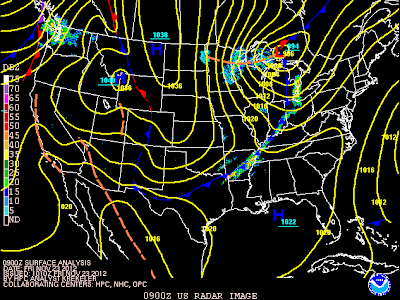 Surface Analysis At 3 AM MST. 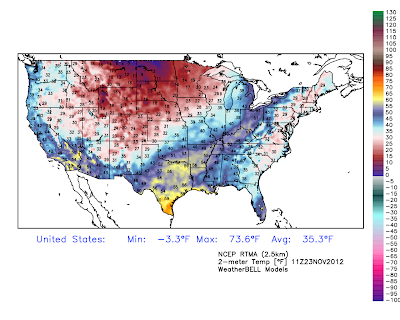 Temperatures At 4 AM MST This Morning. 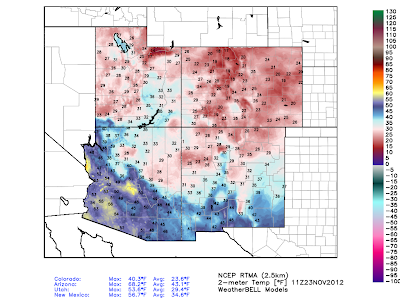 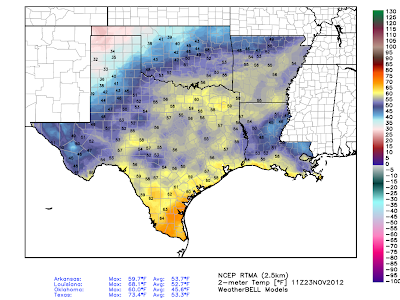 Regional Temps At 4 AM MST This Morning. 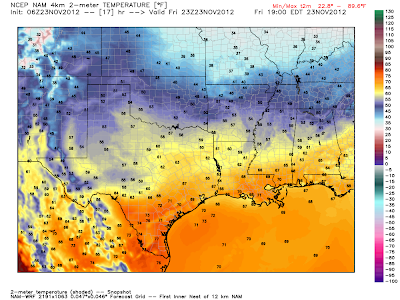 Strong gap winds from the northeast will continue in the Guadalupe Pass area this morning. A High Wind Warning continues in effect until 11 AM MST for northeasterly winds sustained at around 35 - 45 mph with gusts near 60 mph.

Another sunny and very warm weekend is expected. Our afternoon high temps on Saturday are forecast to climb up into the upper 60's. Sunday will see highs in the upper 70's to near 80.

Last week it was looking like the seasons first invasion of arctic air was headed our way next week. Well now it appears that isn't going to happen now. I'm rather frustrated with the computer forecast models lately, they are just all over the place with their forecasts. My confidence in the models at this point in time is pretty low. So don't be surprised if we see some more flip flopping with their forecasts over the next week.

Like me you are probably beginning to wonder when our temperatures are going to drop down to cooler (more normal) levels. No doubt the folks looking for snow in the mountains have got to be getting a little anxious by now too. Lets take a look at what is in store for the next week to ten days. 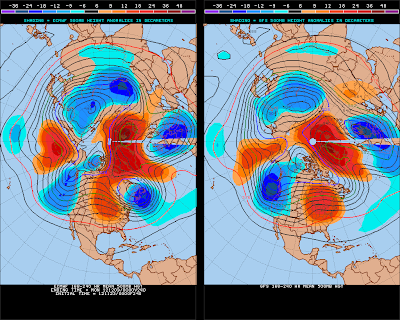 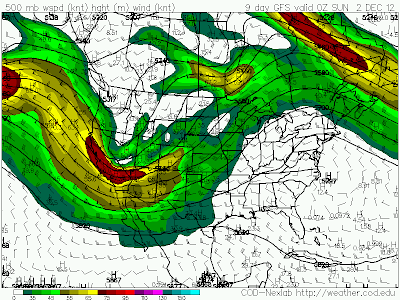 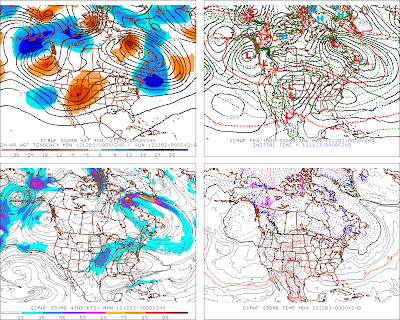 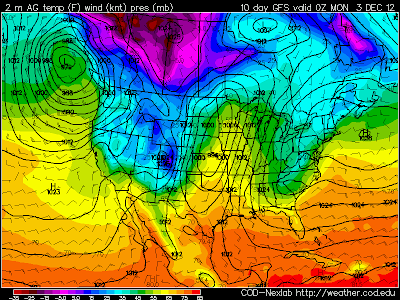 After a significant warm-up late this weekend, another dry cold front will enter the local area on Monday. This front will knock our high temps back down into the 50's and 60's on Tuesday. No significant (at least not at this time) appears in store for the area for the rest of the week.

If the models are to be believed, then our next potential storm will approach the state late next weekend. This one looks more like a wind maker for us than anything else given its forecast track to our north. But as noted above, this could change.

There is plenty of cold arctic air locked up in Alaska and Canada, but until the flow aloft buckles, favoring a deeper trough over the Western U.S., our chances of seeing colder arctic air work its way southward into southeastern New Mexico doesn't appear too likely anytime soon.