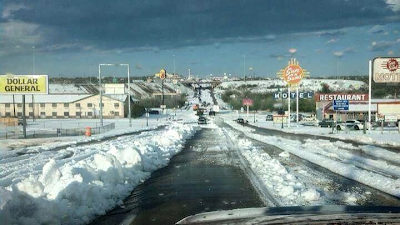 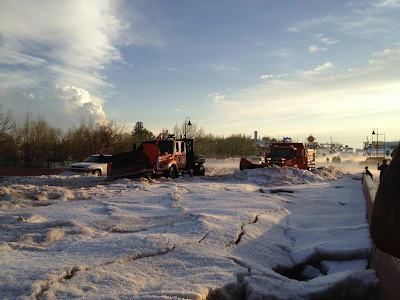 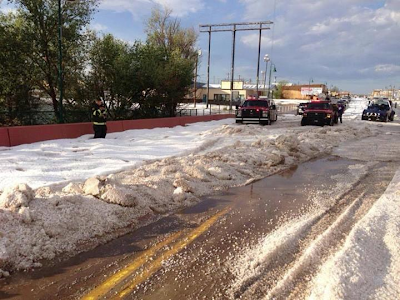 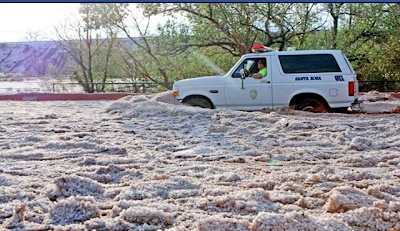 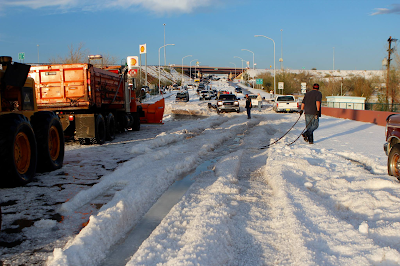 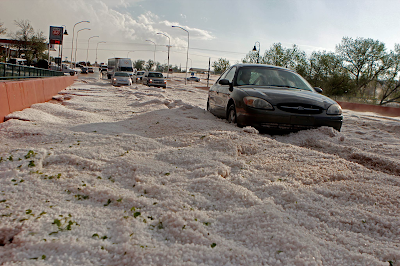 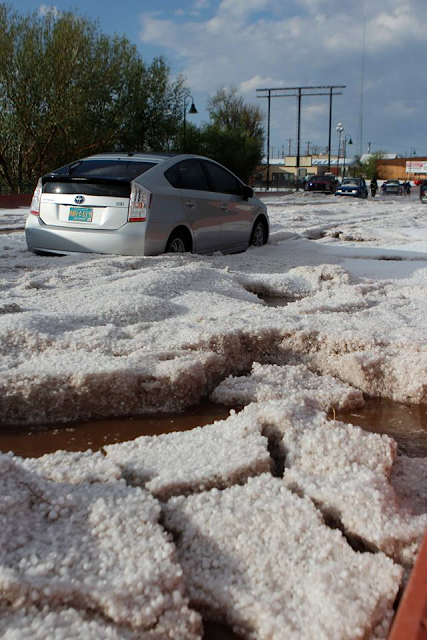 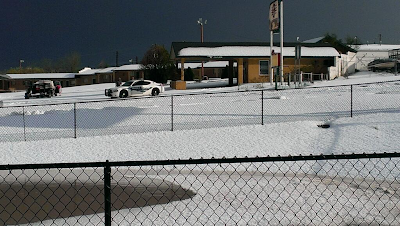 A Severe Thunderstorm rolled into Santa Rosa, New Mexico at 6:00 PM MDT yesterday afternoon. For twenty minutes it dumped an enormous amount of hail on this eastern New Mexico city. Hail ranging from the size of nickels to golf balls piled up to a depth of two feet in parts of the city.

Quote- "The City of Santa Rosa has been pounded by a once-in-a-lifetime storm that covered virtually the entire city with several inches of hail, left deep drifts stranding motorists at two Route 66 bridges and left countless homes and businesses with major roofing damage.

The storm began around 6 p.m., with paint-ball-sized hail that fell incessantly for 20 frightening minutes. When it finally ceased, the entire community was covered in ice reminiscent of the worst winter storm."I have lived here all my life and I have never seen this," Guadalupe County Manager George Dodge said as he drove around the city surveying the damage.
Many car ports collapsed, neon was shattered at landmark Route 66 diners throughout the city, and residents and businesses reported their buildings flooded with several inches of water from roof and ceiling failures as the thick layers of hail began to melt. That includes the prominent Family Dollar store, where a great deal of merchandise has been drenched on the even of the 4th of July weekend, when the city is supposed to host a regional Little League tournament and the 'Bozo and the Crew' classic car show.As of 9:40 p.m., the cleanup was only beginning."