So The Melting Begins. 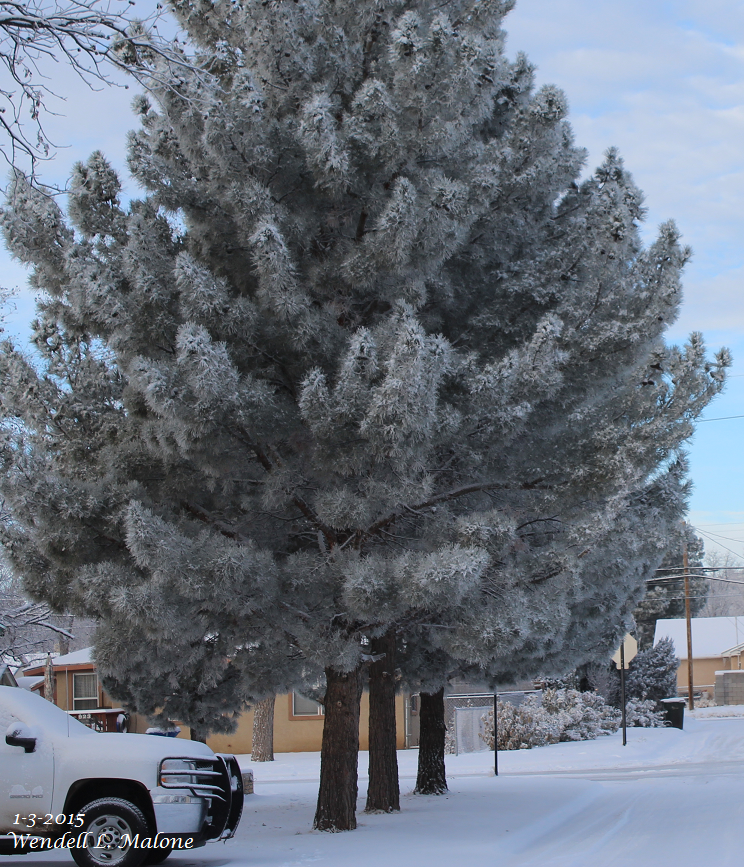 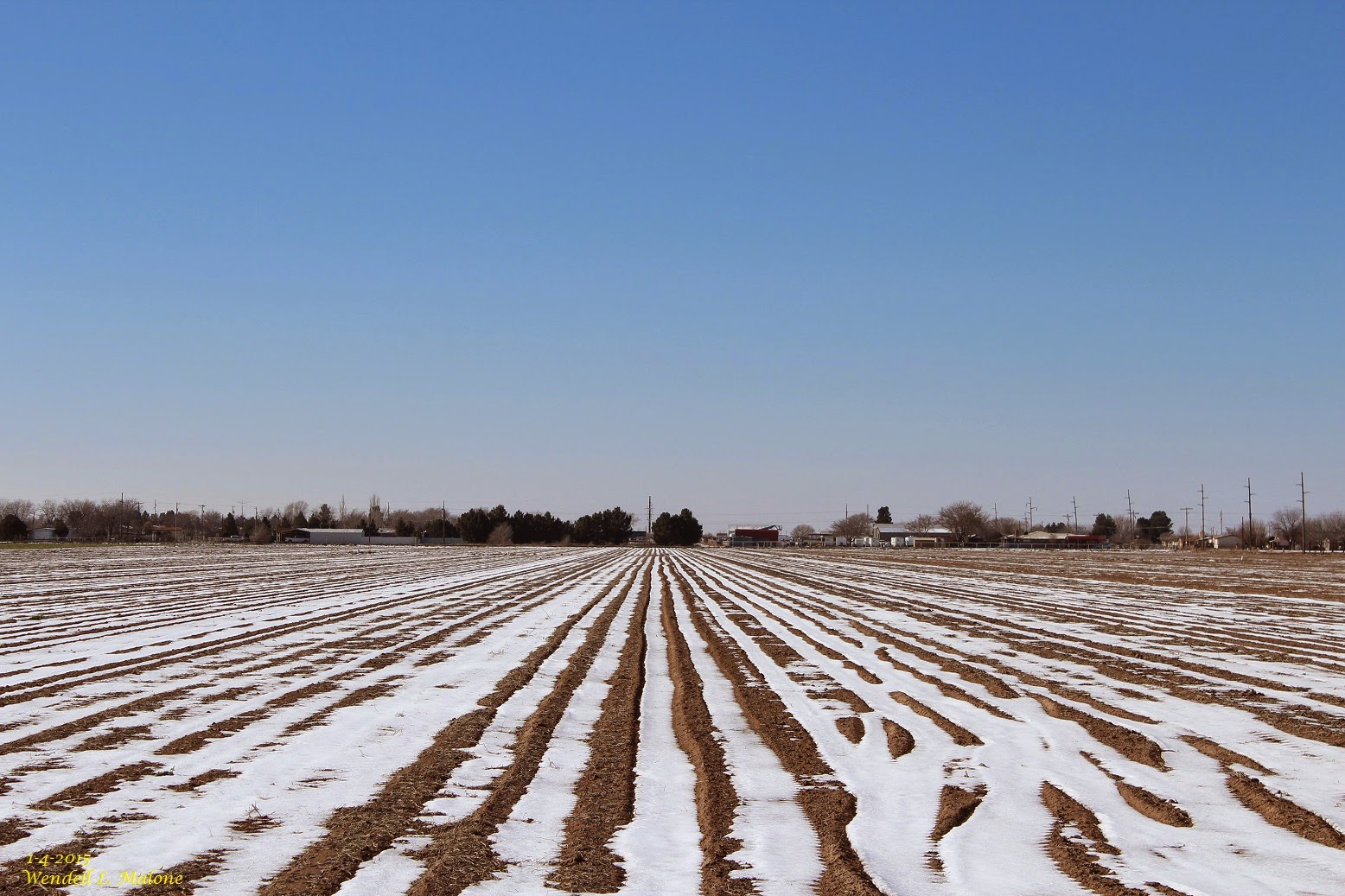 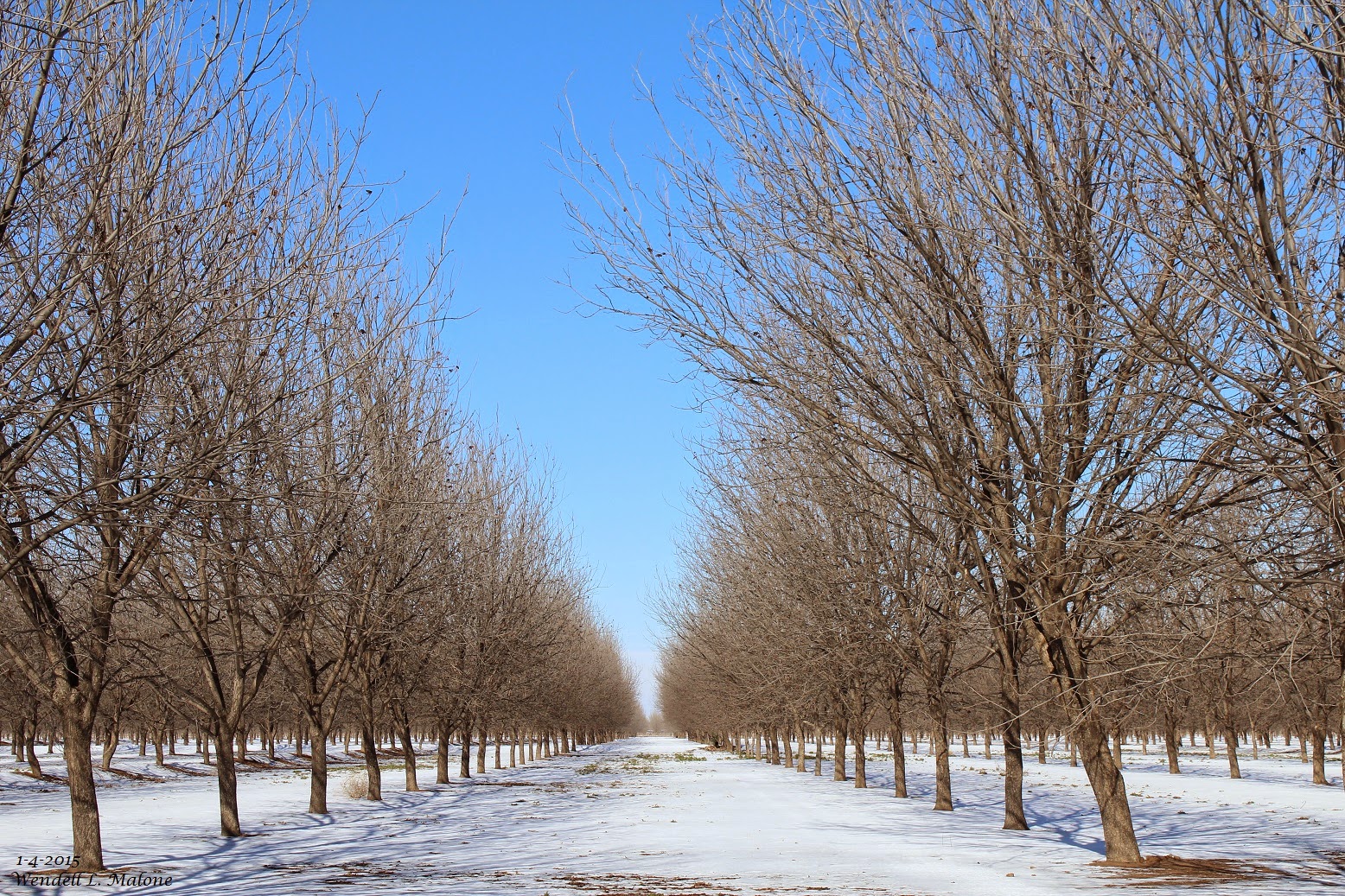 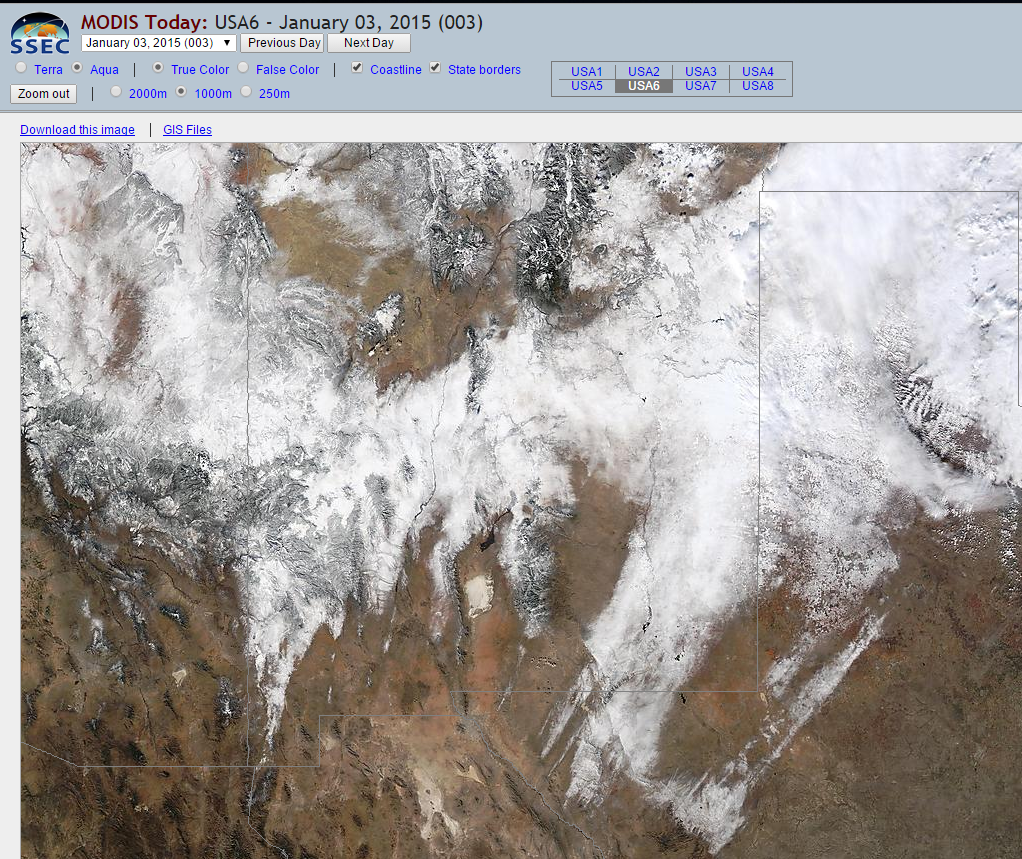 Notice No Snow From Just West Of The Pecos Valley To The
Eastern Foothills Of The Sacramento And Capitan Mountains. 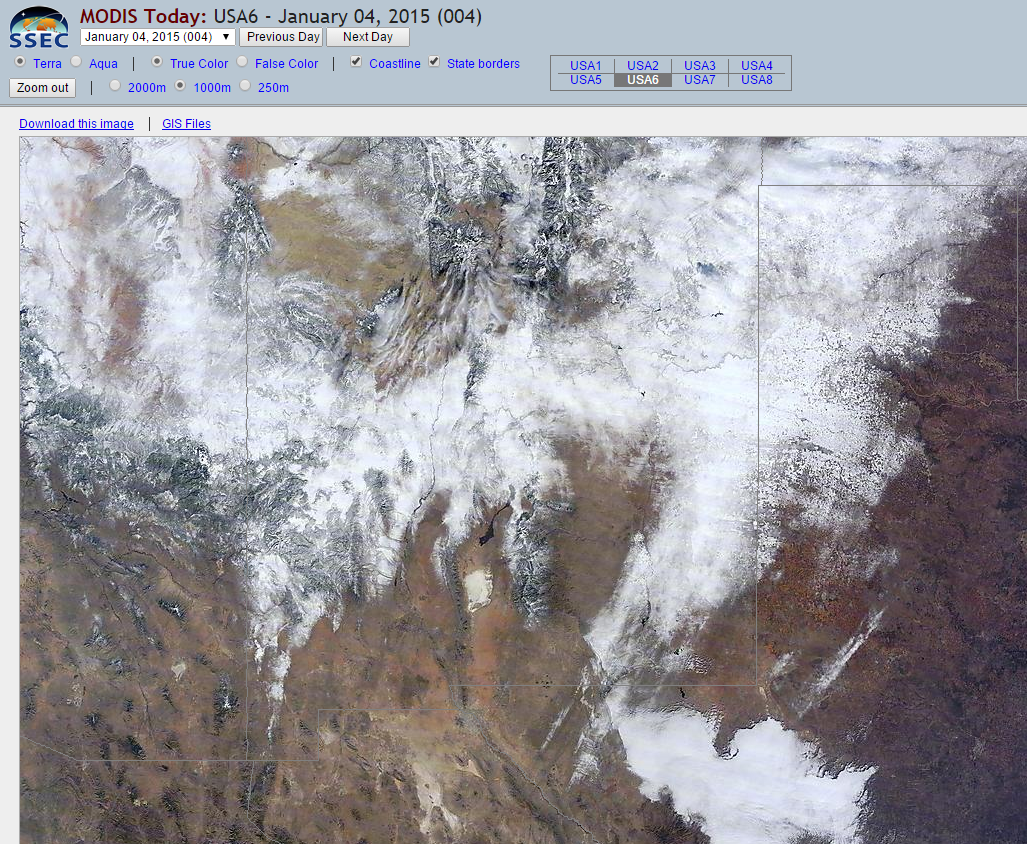 So The Melting Process Commences. The Whiter Shaded
Area Just South Of The NM/TX State Line Is Fog Not Snow. 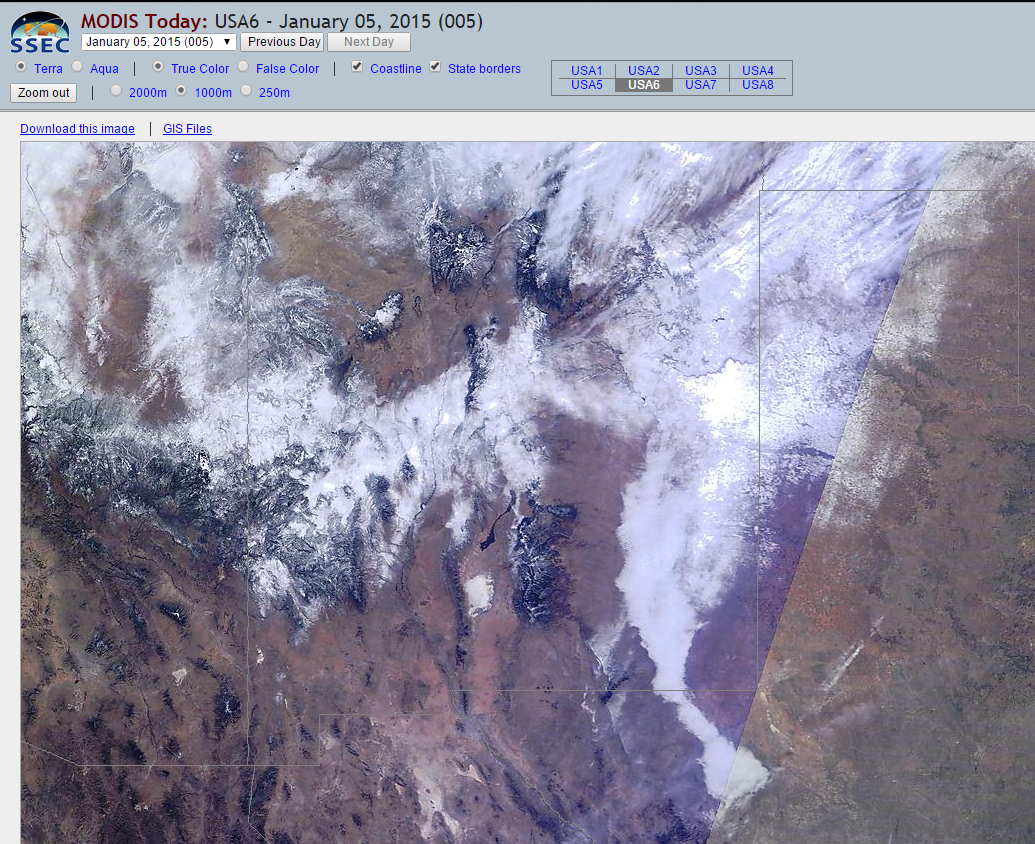 Dense Freezing Fog Formed Up And Down The Pecos Valley
Of Southeastern New Mexico And West Texas This Morning.
Snow Cover Can Still Be Seen Over The Central Guadalupe
Mountains And Over The Capitan Mountains;

Strange Event In Carlsbad This Morning. 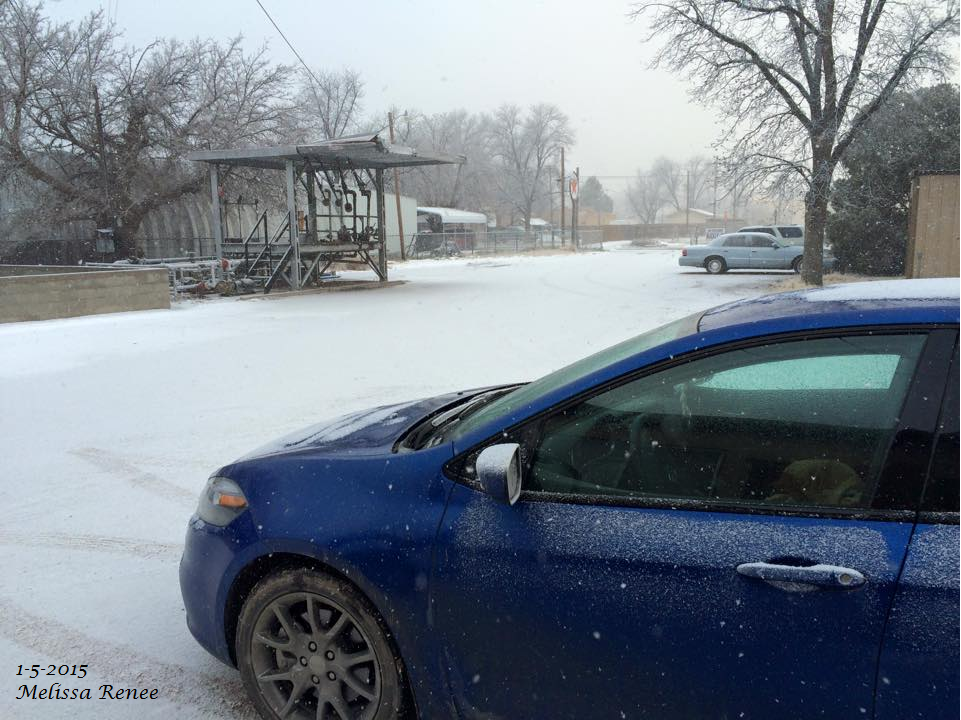 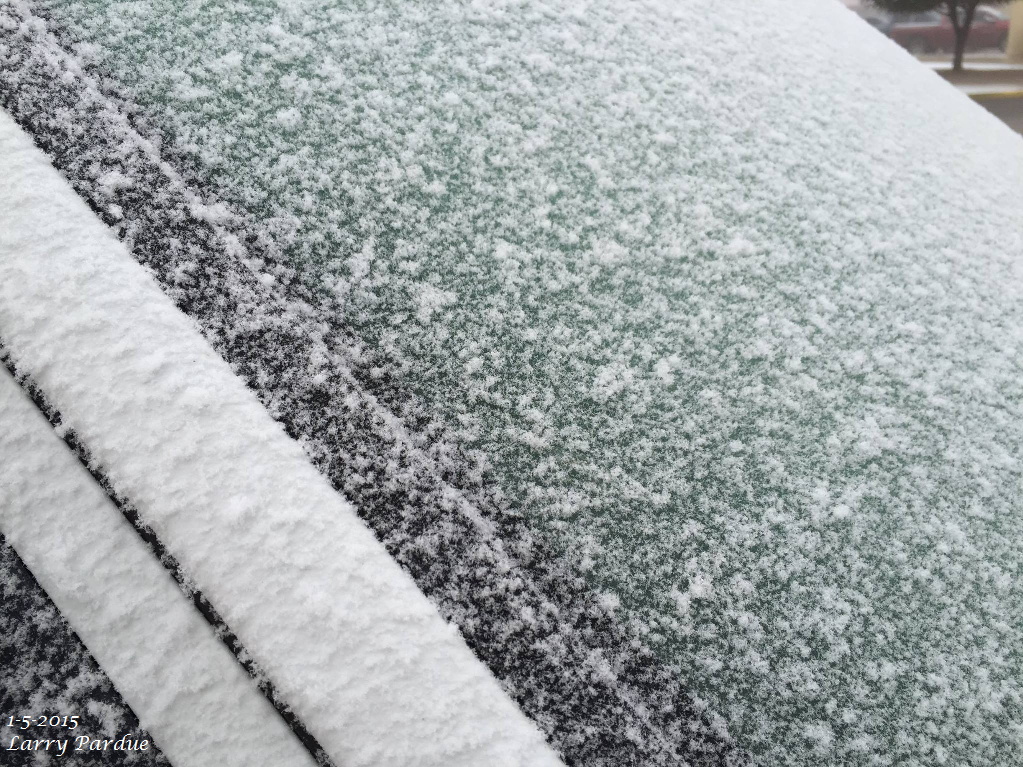 Every once in awhile I run across something in the weather world that perplexes me. Little did I know that this morning a strange and highly localized event would unfold near home. Carlsbad Schools were on a two hour delay this morning due to Freezing Fog and reduced visibilities of less than one quarter of a mile up and down the Pecos Valley. I got a phone call, and several notices on FaceBook that it was snowing in parts of downtown Carlsbad near the beach area. There was nothing on radar, nothing on the Visual, Water Vapor, and Infrared Satellite images that would indicate that was even remotely possible.

Snow was falling out of the freezing fog, with no cloud layer above the fog, and it was accumulating in a very small area near the Pecos River and Beach area in the middle of Carlsbad. My wife called me and verified what others were seeing. Go a few blocks either side of the river, or north and south of downtown Carlsbad, and you were out of the snow.

I got in contact with the Midland National Weather Service Office and asked them what was happening. Alex Lyster the Lead Forecaster explained the event:

Alec: "Howdy Wendell, we're not seeing any impetus for lift in the atmosphere, nor instability.  The only thing we can figure is the top of the low cloud layer as the fog lifts is cold enough for ice crystals to form, and y'all are seeing a little snow as a result.  The top of the low cloud layer is -7.5C, which is not optimal for ice crystal growth, but ice crystal formation is still possible.  That may be what is going on.  I would expect the snow will not last too much longer as a little more mixing occurs."

Me: "Thanks for the explanation Alec. Its only occuring along the Pecos River in the center of town. I live about 2 miles west of the river and again nothing here at my home. I was wondering if the warmer waters of the river, "steam fog coming up from the river", were adding to the localized lift?"

Alec: "Wendell, it could be a combination of cold air drainage into the Pecos River (it being lower than the surrounding terrain) and perhaps the relatively warm water and steam you mentioned rising producing the light snow."

If you were thinking that it was strange seeing snow falling from the freezing fog...you are correct. I've never seen this before. I've never even heard of this before. Its somewhat like Lake Effect Snows where cold air flows over the warmer waters of the Great Lakes and produces snow, often very heavy at that, downwind a few miles inland. I learned something today.

My Web Page Is Best Viewed With Google Chrome.
at Monday, January 05, 2015