Climate Data For The Carlsbad, NM Airport (July 2016) - A Hot Month & One For The Record Books. 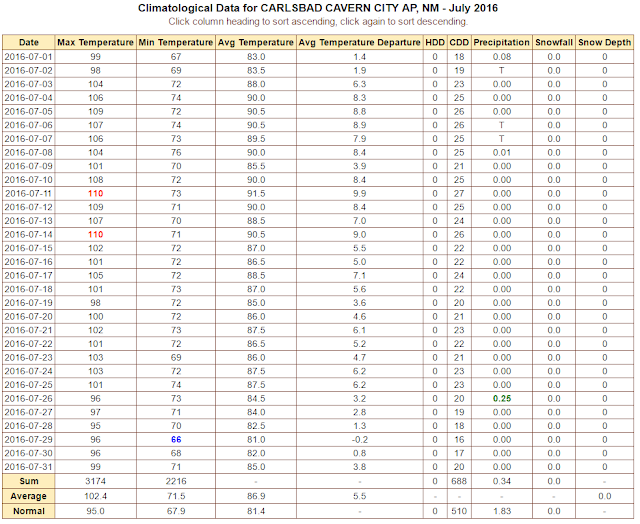 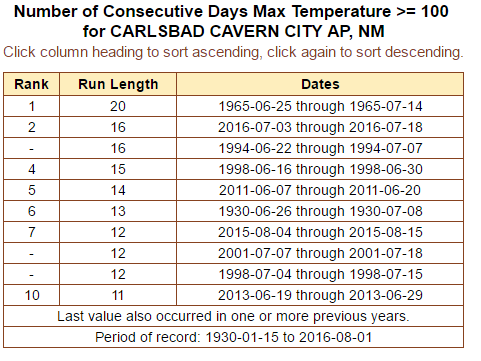 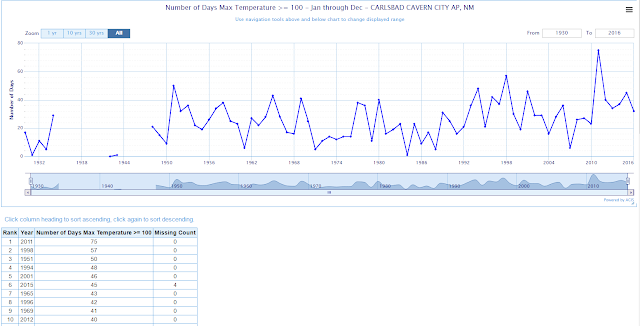 The highest temperature recorded so far this year at the Carlsbad Airport has been 110ºF on July 11th and 14th. This is the third highest temperature ever recoded at the Airport (1930-2016) in July. The highest was 113ºF recorded on July 27th 1995. Which also ties the all time highest reading recoded at the Carlsbad Airport of 113ºF also set on June 27th, 1994.

But there is a fly in the ointment concerning the Carlsbad Airports all time highest temperature. See my blog via this link on this for more details. 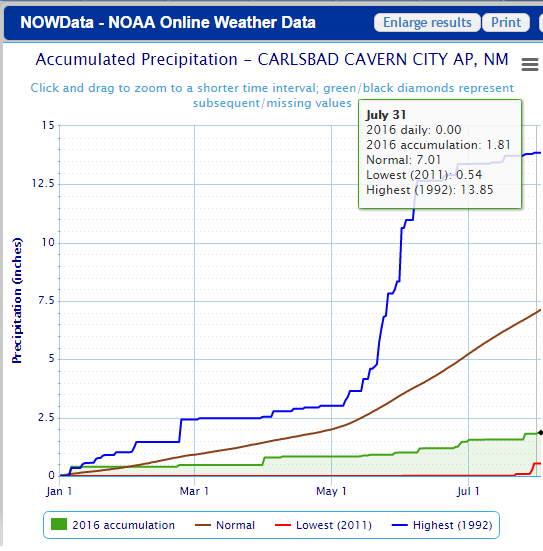 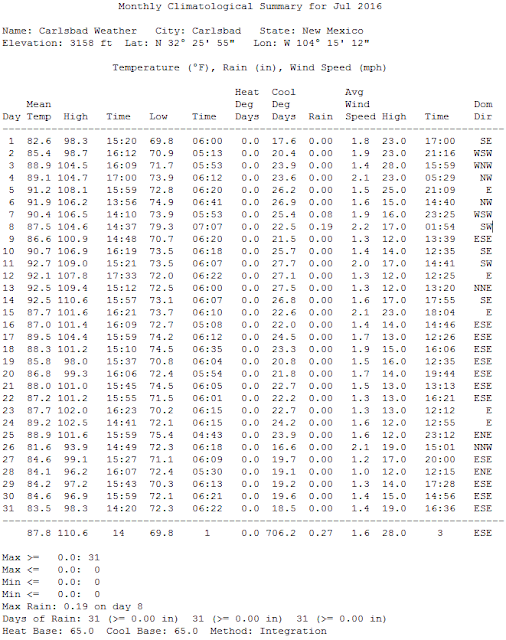 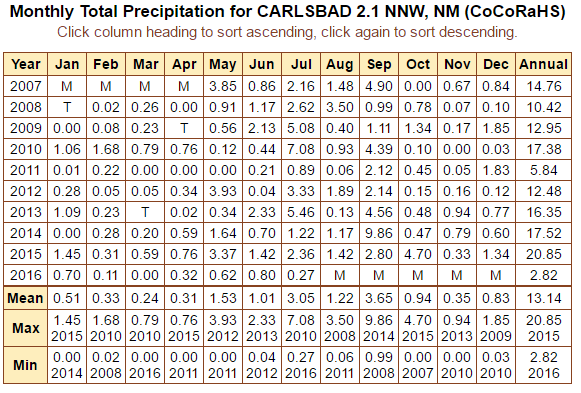