Get Ready For More Rain - Heavy At Times! 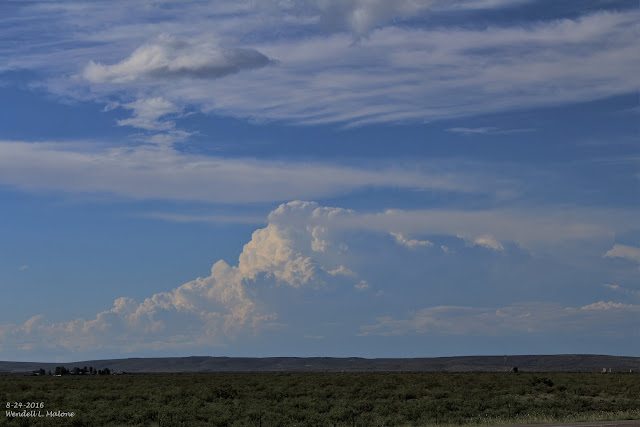 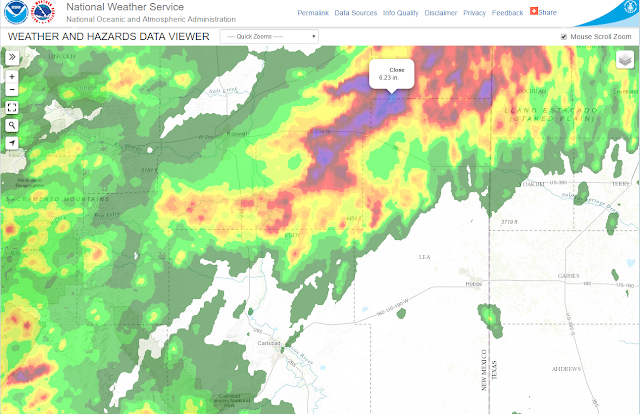 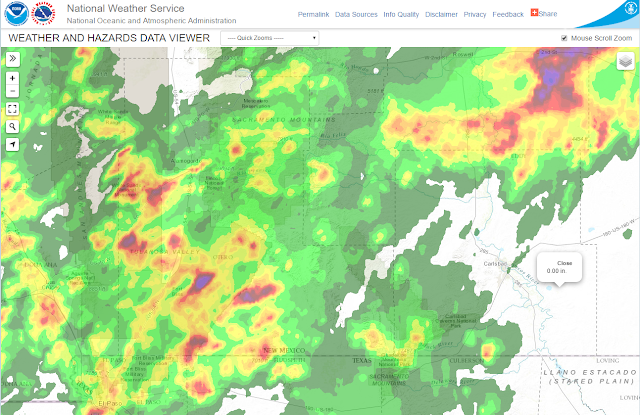 Radar estimated that as much as 4" to 6" of rain may have fallen northeast of Roswell from a slow moving line of thunderstorms overnight. Unfortunately I can't find any rainfall reports in that area. 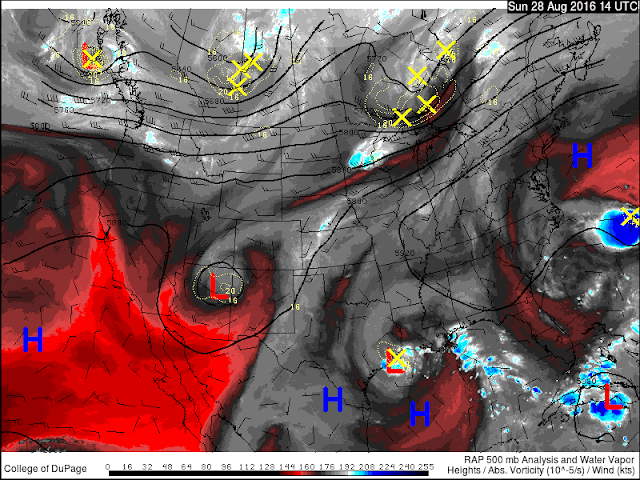 A rather robust closed upper level low was located over northeastern Arizona this morning. This low is forecast to wobble around the Four Corners area for the next several days. Thus good lift, instability, and abundant low and mid level moisture will cover the area this upcoming week.

The general theme will be thunderstorms and heavy rain. Training thunderstorms (one right after another moving over the same location) may lead to local flash flooding. This will be especially true given the widespread 4+" rainfall totals that have already fallen from the Caprock west to the mountains.

Storm total rainfall totals from today into next Thursday will be in the 1" to 6" at least based on the computer model forecasts. Not everybody will get 6" of rain but isolated locations will see some hefty totals by the end of next week. Widespread storm totals of 1" to 3" appear fairly likely. A Flash Flood Watch may be issued for the local area later today. 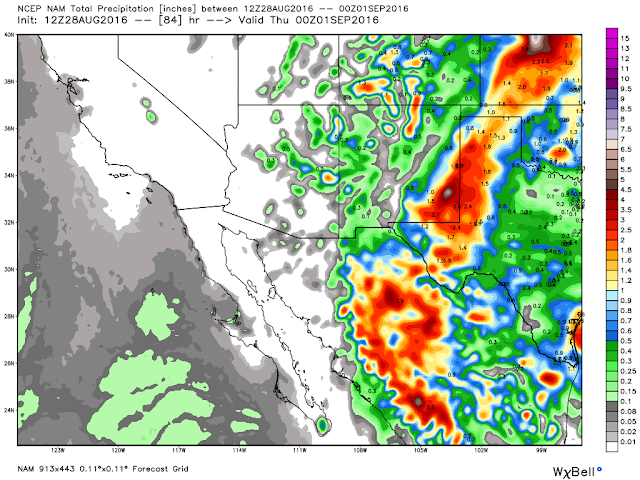 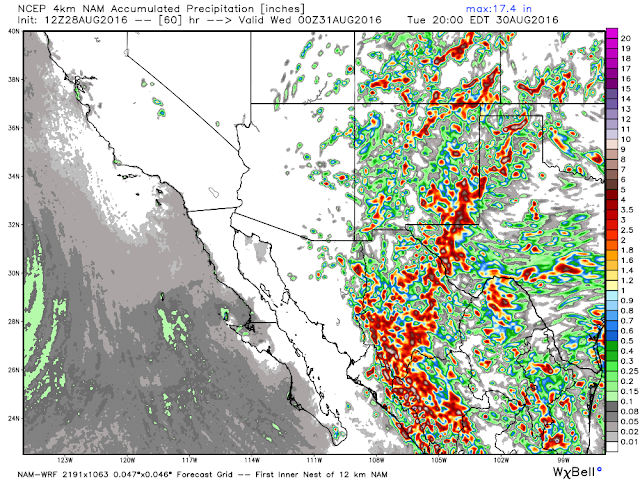 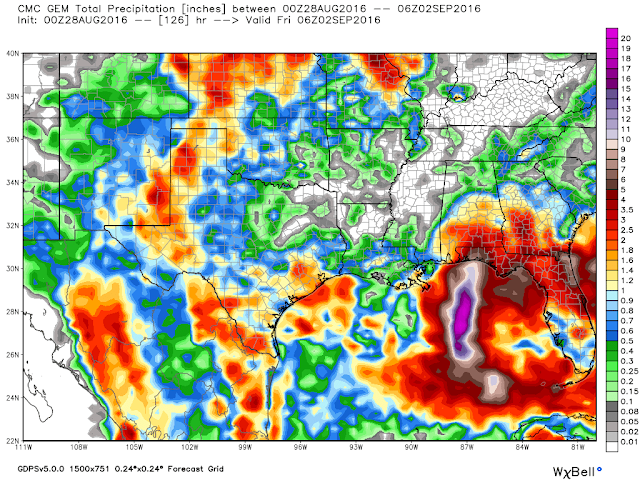 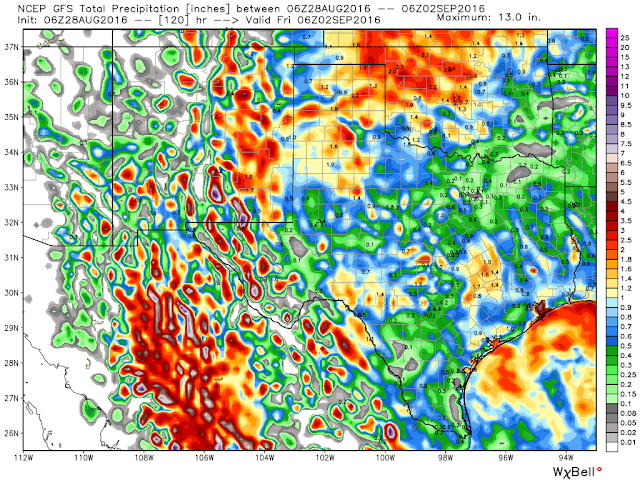 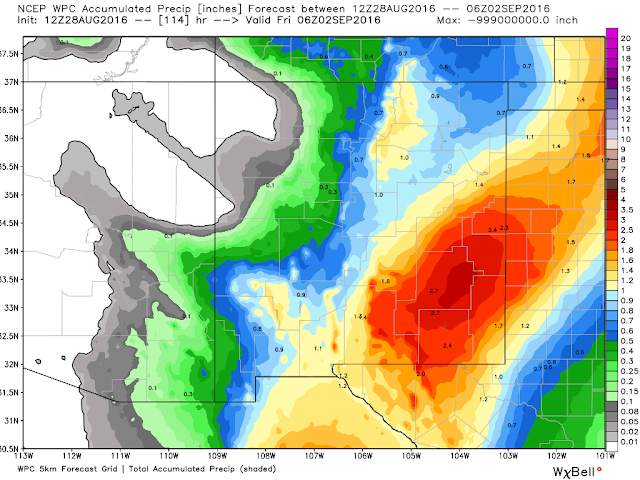 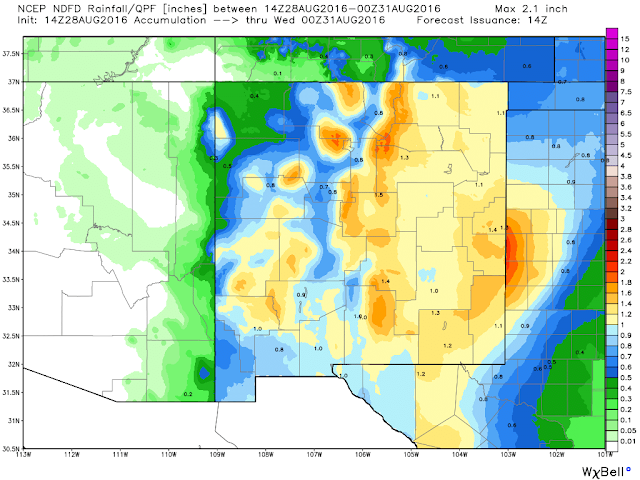