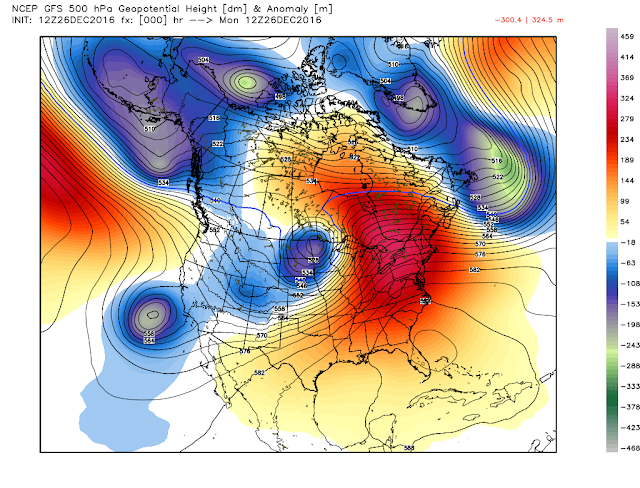 Wednesday Likely The Warmest Day Of The Week. 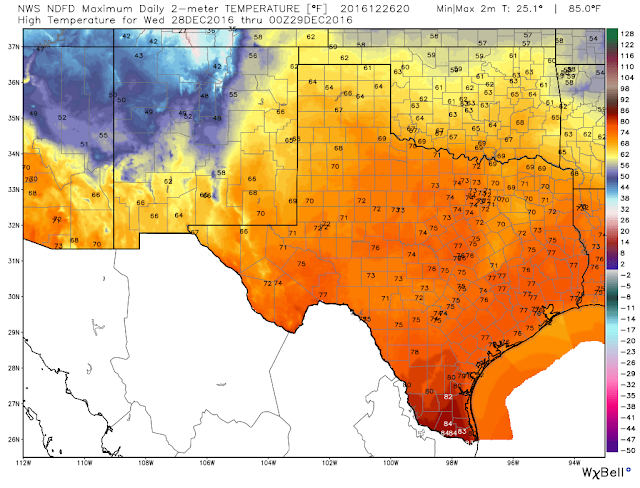 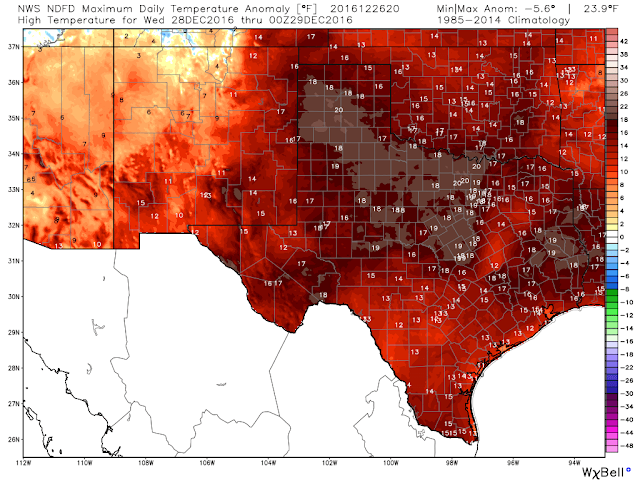 One year ago today I was warning of a Historic Blizzard that was about to unfold across Southeastern New Mexico...and it did! Here is my blog post from Sunday, December 27, 2015 at 5:04 AM MST that morning. My blog post on Monday, December 28, 2015 featured more photos and snowfall reports. More photos on my blog post on Wednesday, December 30, 2015. Five days after the first snowflakes fell there was still lots of snow on the ground...via this blog post.

No doubt that storm will not soon be forgotten and was one for the history books. All is quiet relatively speaking one year later. Forecast models indicate that Wednesday will likely be the warmest day of the week as we close out 2016. Our afternoon highs are forecast to range from 65 to 75 degrees which will be some 15 to 20 degrees above normal for this time of the year. 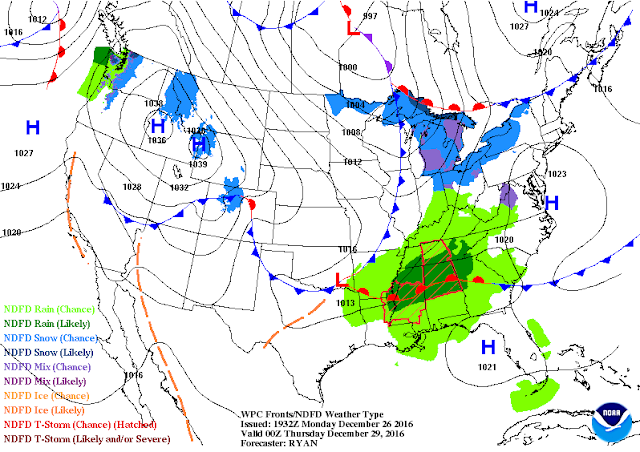 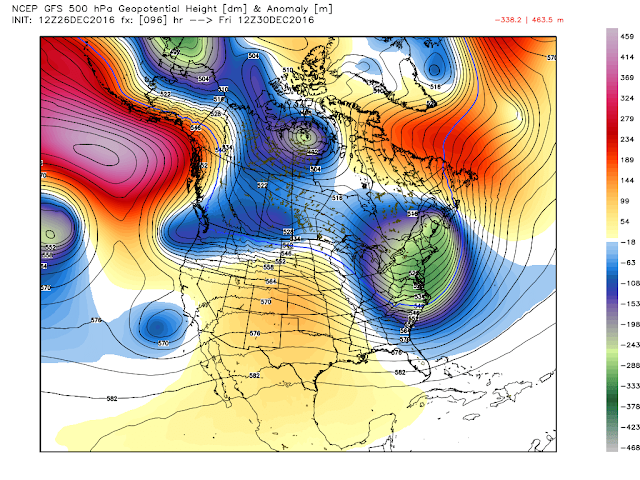 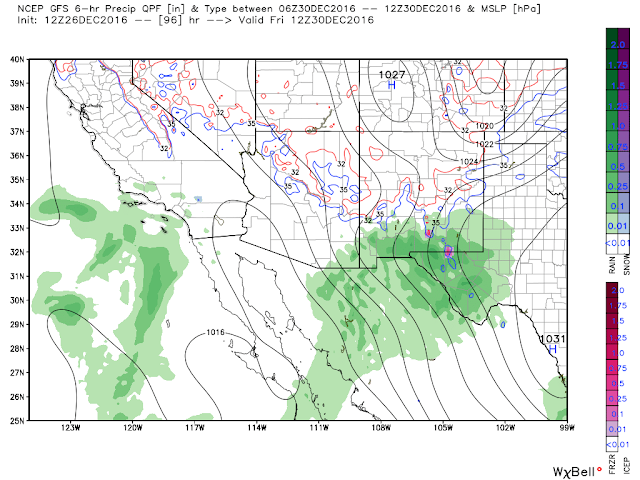 Another cutoff upper level low was parked offshore of Central California this morning. The models are forecasting this storm to get "kicked" eastward into Arizona and weaken ahead of yet another "digging" storm moving south through California by Friday. The upper air pattern from late this week into next week looks messy at best. A lot on uncertainties going into the upcoming New Year's weekend and into next week.

A Return To Colder & Unsettled Weather Next Week? 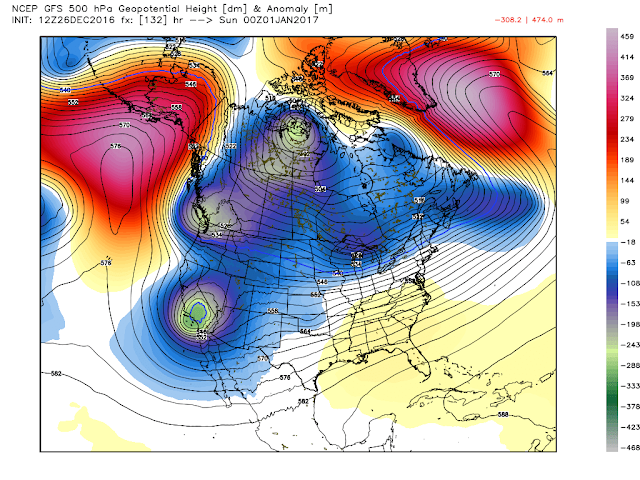 According to the GFS model a third storm digs southward along the West Coast by New Year's Eve. However the European (ECMWF) model is almost the polar opposite of this forecast. All bets are off at this time so be prepared for changes and perhaps some surprises in our weather over the next week to ten days. Long range models are hinting that the first couple of weeks of January 2017 could see a return to much colder weather across much of the West and Plains States. Time will tell.

The Truth Is Stranger Than Fiction!
at Monday, December 26, 2016