Snow For Some Areas Of NM This Christmas - And The Wind Will Howl Christmas Day!

National Weather Service Watches/Warnings In Effect.
(Click On The Link Above For The Latest Information). 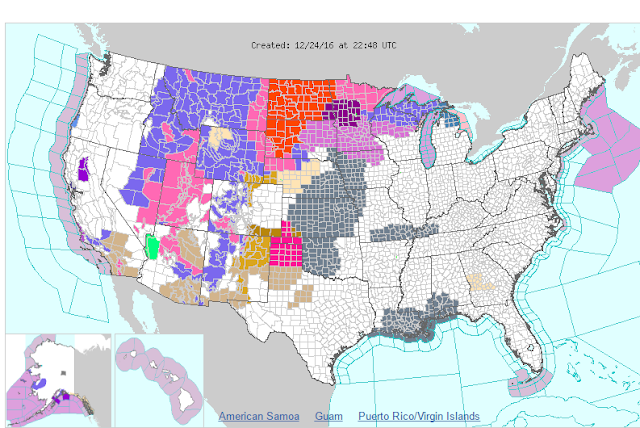 Merry Christmas everyone! A dynamic and strong cold winter storm is currently plowing through the Western U.S. as of this writing. Its effects upon New Mexico tonight into Christmas Day will be quick and hard hitting. Some of us in the Land of Enchantment will have a White Christmas while others may have a Brown Christmas. 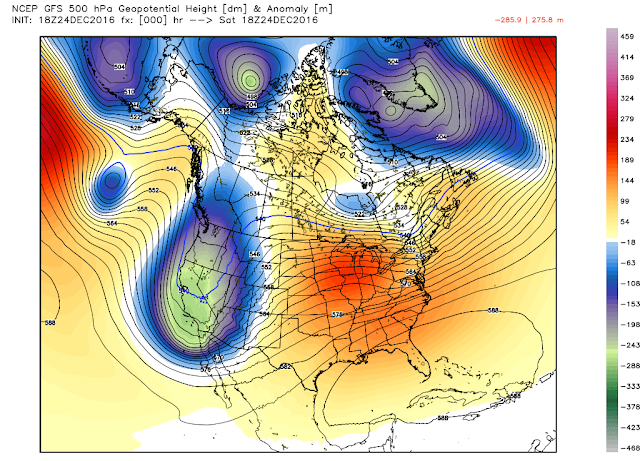 Valid At 11 AM MST This Christmas Eve Morning. 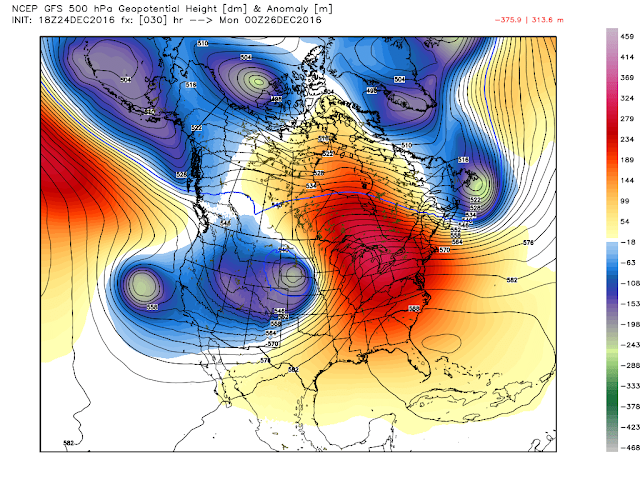 Forecast models continue the trend of swinging this potent trough of low pressure at the mid and upper levels of the atmosphere across New Mexico later tonight into Christmas Day. Its impacts upon the state will vary from heavy snow, blowing snow, accompanied by strong and gusty westerly winds in the mountains to rain showers quickly changing over to snow showers and gusty westerly winds across the lower elevations of western and northern New Mexico. Other areas of the state will experience strong westerly winds overnight into Christmas Day along with patchy areas of blowing dust. The cold front associated with this winter storm will be slicing through the state tonight into mid-day with rapidly falling temperatures behind it. 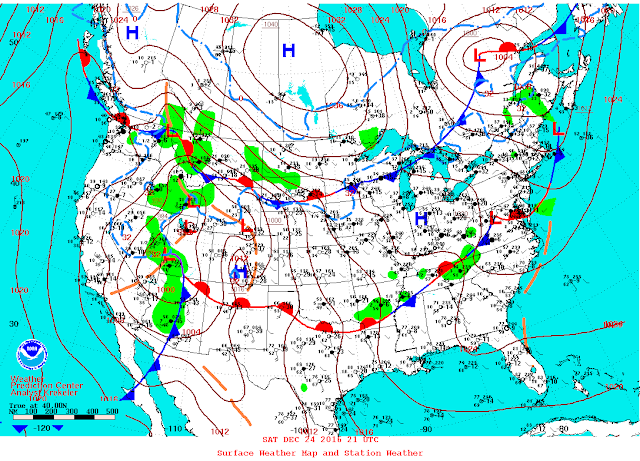 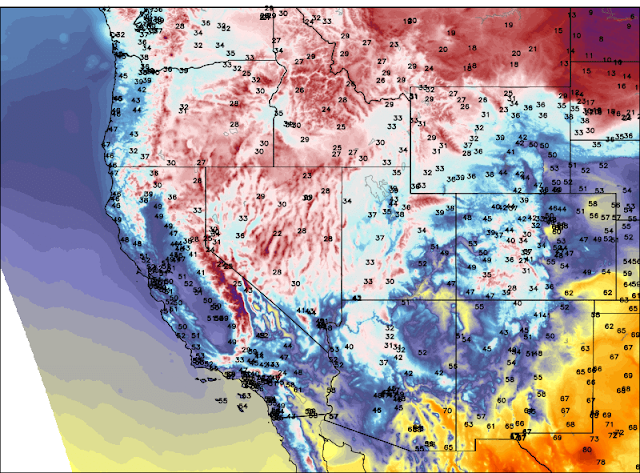 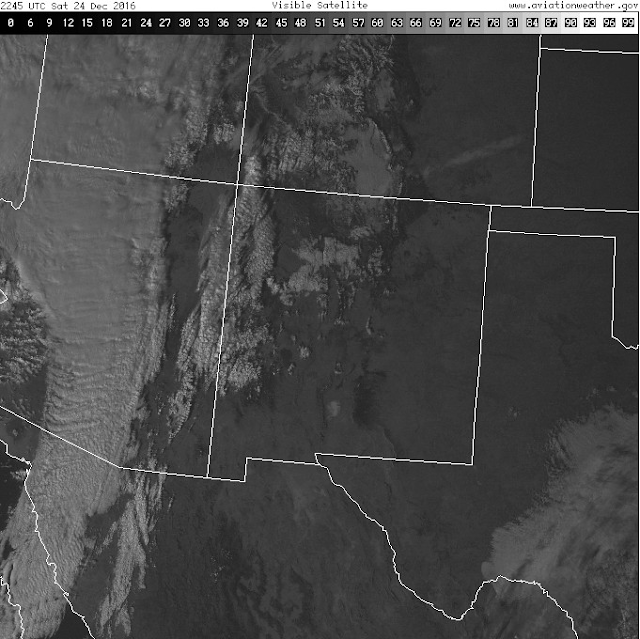 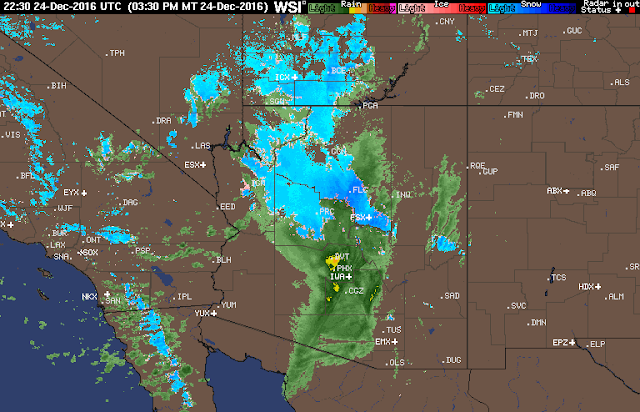 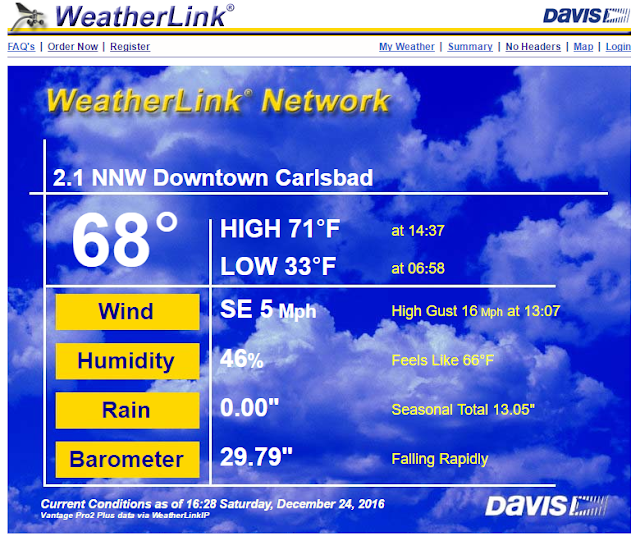 As of 3 PM MST this Christmas Eve afternoon a strong cold front stretching along a north to south axis was slicing eastward through central Arizona. Rain was quickly changing over to snow over the northern one half of the state and the same will be true tonight as the front moves across New Mexico. At least in the western and northern areas. Some locals across southern, northeastern, and eastern New Mexico may see a quick changeover from rain to snow early Christmas morning as the cold front barrels through. 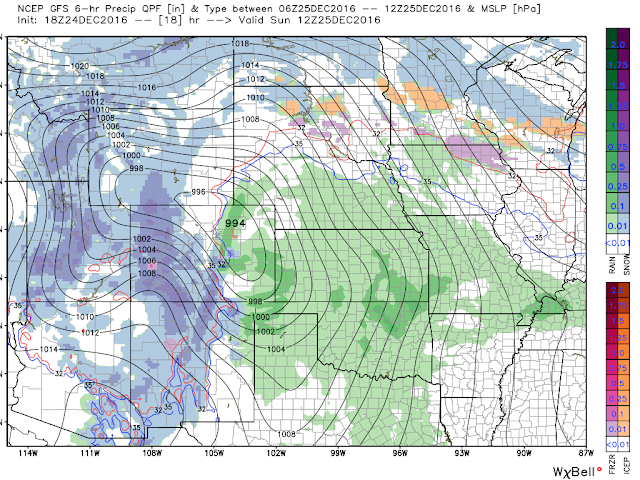 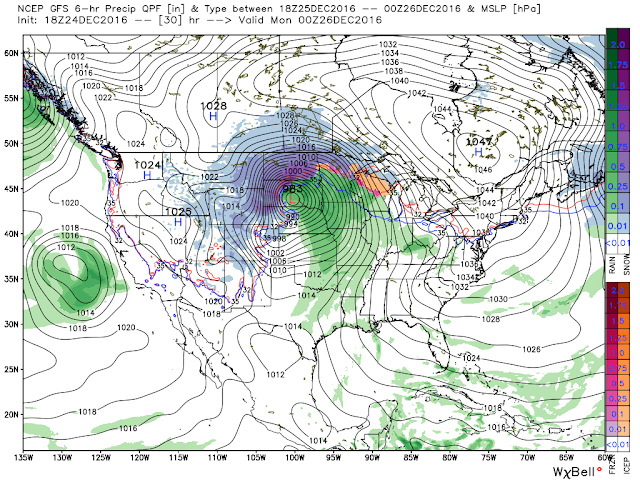 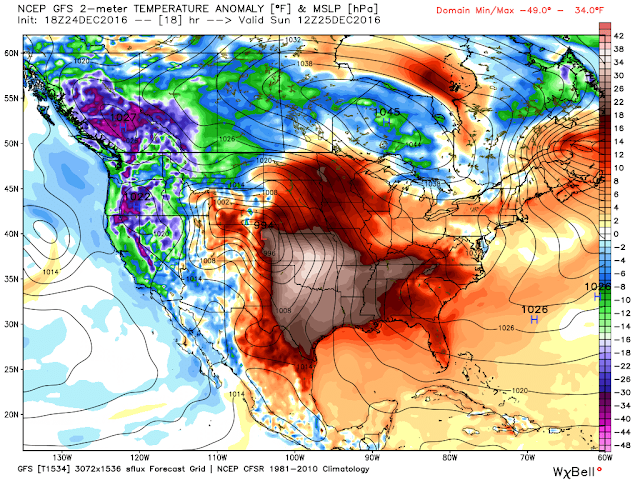 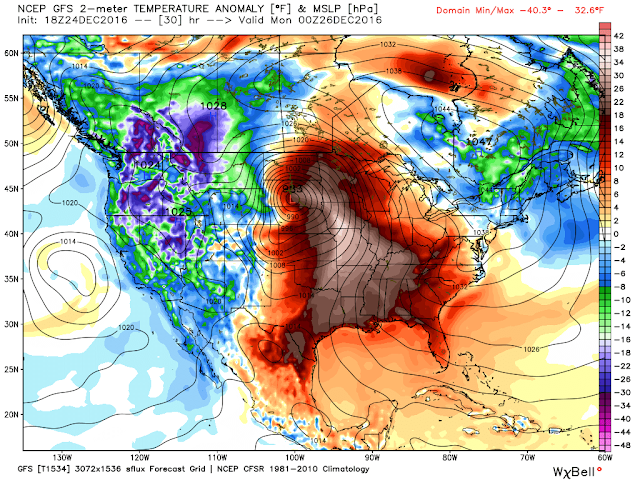 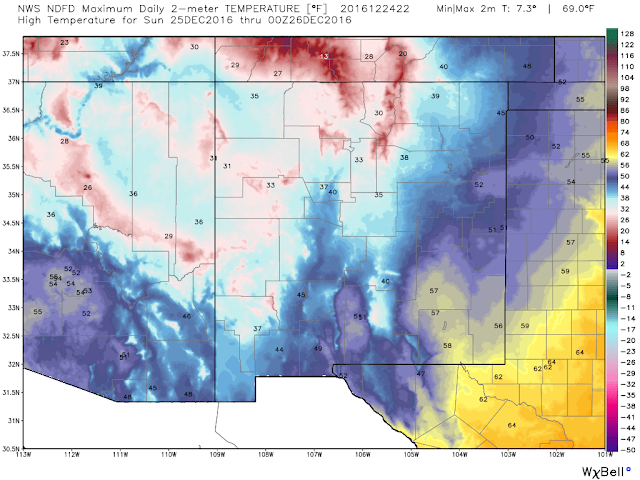 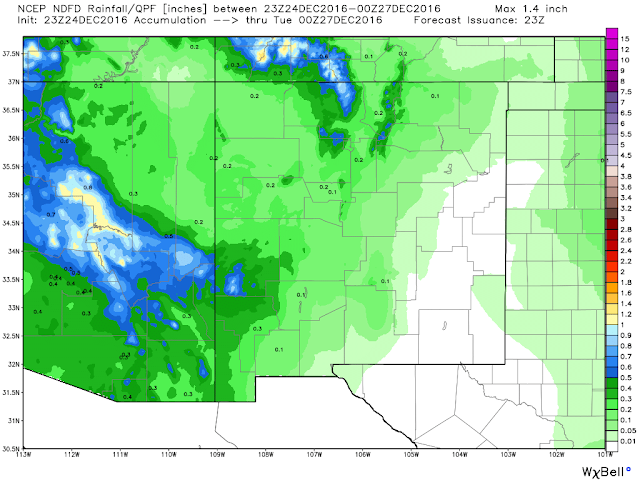 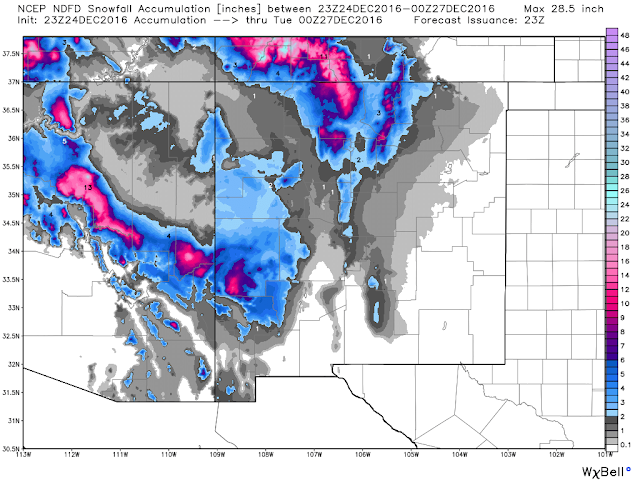 Our high temperatures on Christmas Day may occur early on in the morning just ahead of the approaching cold front from the west. Rapidly falling temperatures will accompany the frontal passage along with strong and gusty westerly winds. A band of mixed rain and snow showers will accompany the frontal passage but the models quickly dissipate this activity as the cold front moves east of the central mountain chain and across southeastern New Mexico and West Texas. Its possible that we could see a few light rain showers or even a few snow showers mixing in with the rain early in the morning especially near the Sacramento, Capitan, and Guadalupe Mountains. But at this time the models aren't forecasting any accumulation for us.

Watches & Warnings In Effect For NM. 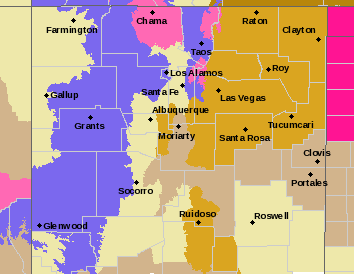 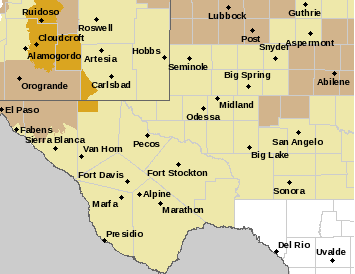 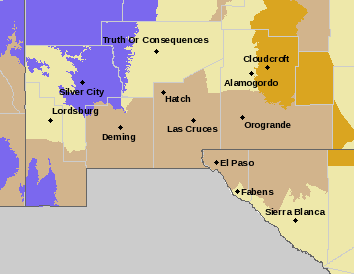 A High Wind Warning is now in effect for the Guadalupe Mountains of Eddy and Culberson Counties for westerly winds sustained at 35 to 55 mph with gusts to 70 mph.

A High Wind Warning is in effect for the southern Sacramento Mountains later tonight into Christmas Day for westerly winds sustained at 35 to 45 mph gusting to 65 mph.

Currently no watches or warnings are in effect for the southeastern plains of New Mexico but I suspect that we may see Wind Advisories issued later for Christmas Day. Patchy areas of blowing dust will be a problem in some locals experiencing the high winds and blowing snow will hinder travel in the Winter Storm Warning and Winter Weather Advisory areas tonight into Christmas Day.