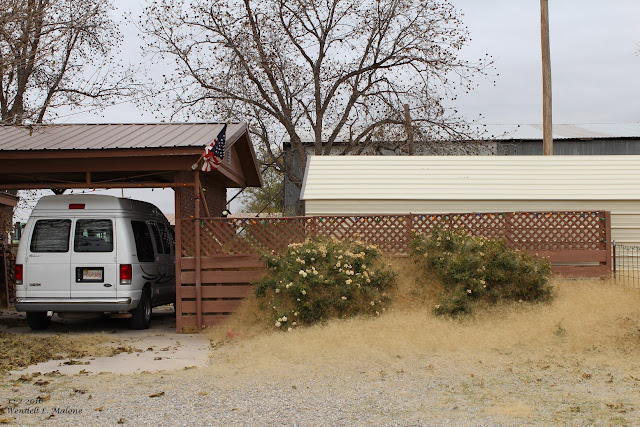 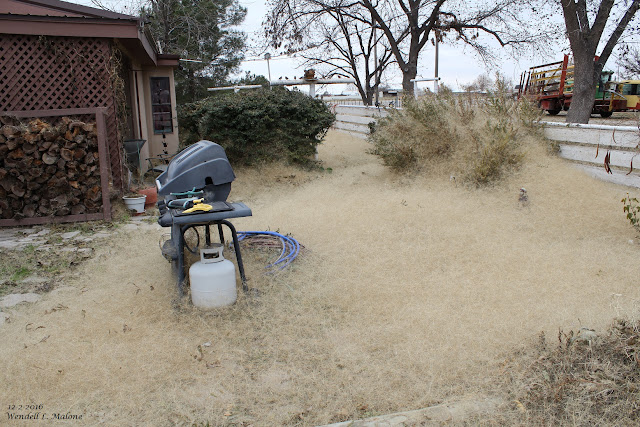 Oh the joys of needle grass...not! A wet and cool July produced an abundance of needle grass in Southeastern New Mexico this summer. It looks pretty when its green in the pastures. But in the fall and the winter not so much when it dries out, detaches itself, and blows around in the wind into heaps  and piles like the ones above. Not to mention that this stuff is extremely flammable and dangerous. When it burns it flashes off just like gasoline. And one giant pain in the neck to clean up too.

Arctic Air Remains Locked Up To Our North. 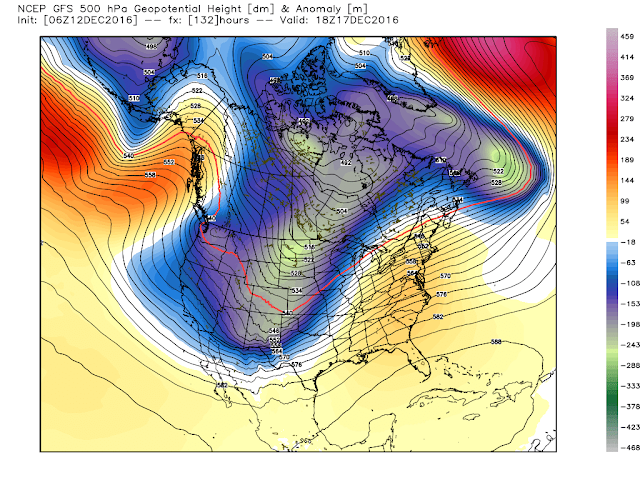 Complicated best describes the upper air pattern this upcoming week into next week. Blocking from a ridge of high pressure at the 500 millibar level will determine the storm track over the next week. How much ridging and how strong will play a key role in whether or not a weekend storm will affect the region. Last nights run of the European (ECMWF) model briefly closes off a 500 millibar low over Northern Arizona by next Saturday while the GFS and Canadian (GEM) models swing a trough across the area. This is important because a closed low would favor a slowly and wetter storm over the state with the potential for more widespread snows. 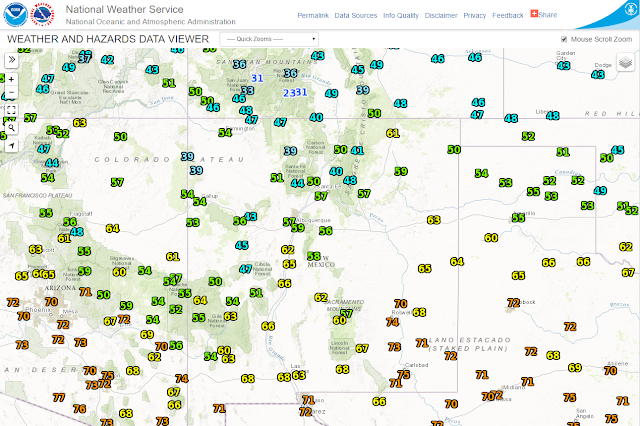 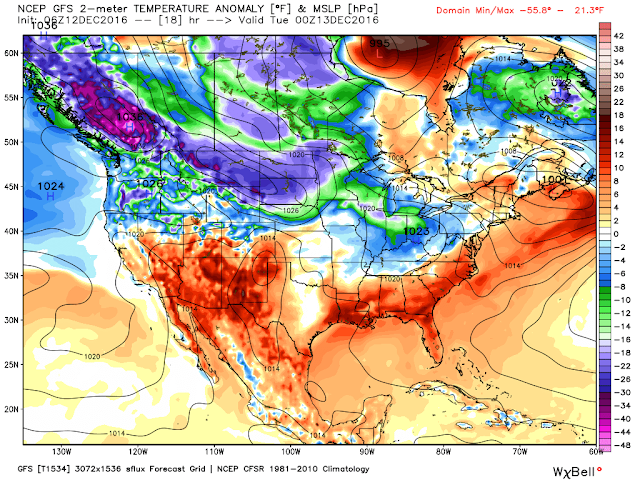 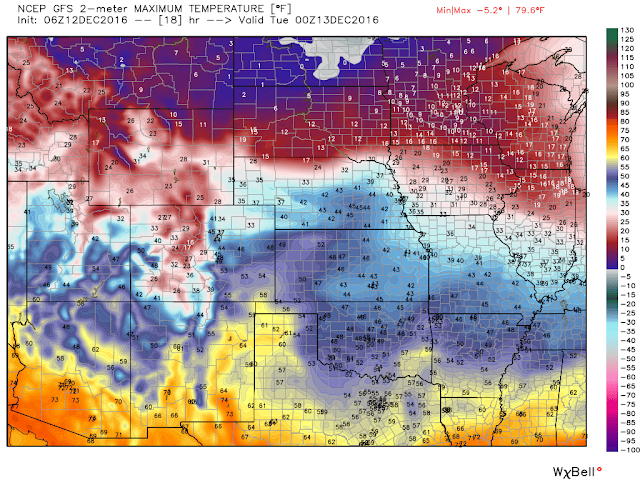 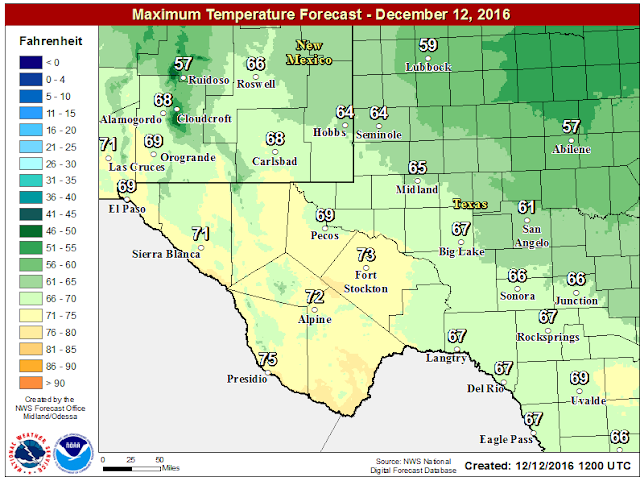 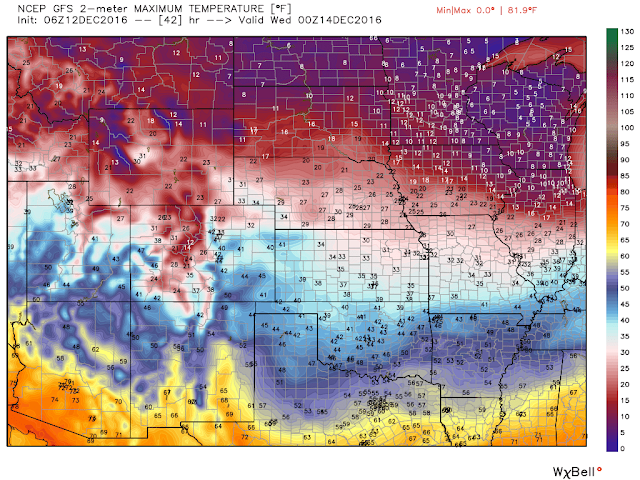 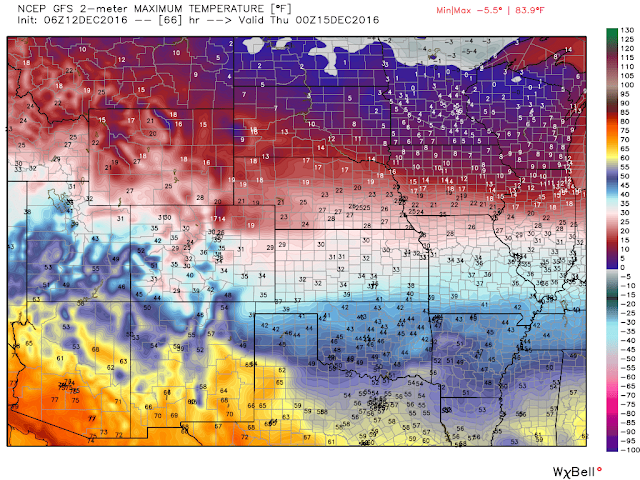 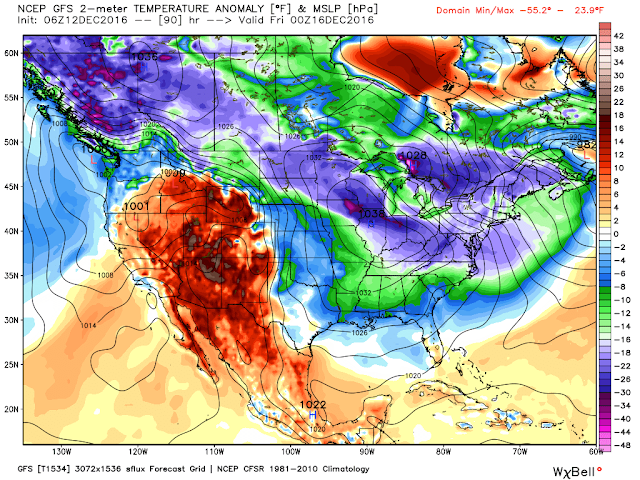 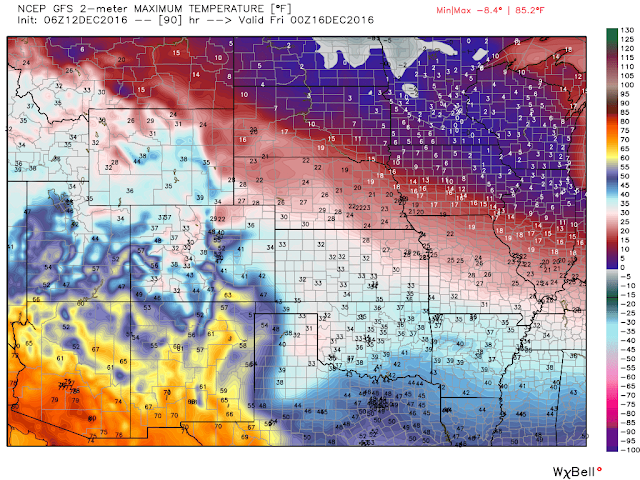 Local National Weather Service forecasts call for high temps in the mid to upper 60's today, and the mid 60's to near 70 Tuesday and Wednesday. Thursday morning the arctic air mass that has been locked up to our north may make a run at us via a backdoor cold front...meaning that cold air behind the frontal boundary will try and seep westward into the local area. Current forecasts call our highs on Thursday to be in the 50's and 60's but note the forecast highs in the Texas Panhandle and South Plains to our east and northeast (30's and 40's). So given the uncertainty of the exact location of the arctic cold front on Thursday we could see highs anywhere from the 60's and 70's locally to the 30's and 40's.

A Weekend Storm Or Not? 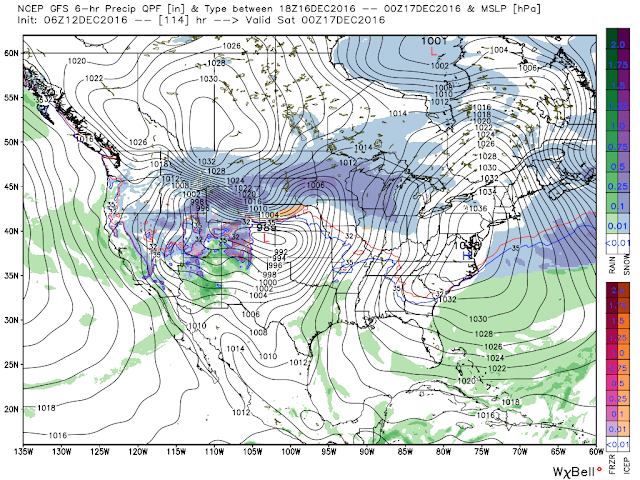 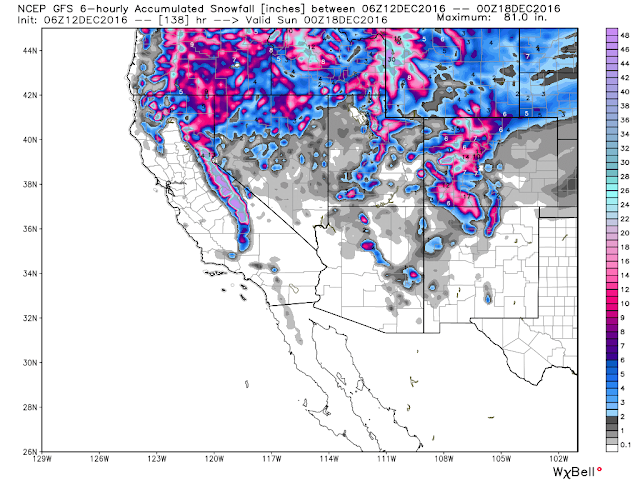 As was mentioned above what happens this weekend will be determined upon whether or not our next short wave dropping southward through the large Western US trough closes off to our west, or moves over the state as a trough of low pressure. Friday has the potential of being very windy statewide as the surface pressure gradient tightens up around a surface low over Eastern Colorado, and stronger winds aloft mix down to the surface.

So far this has been somewhat of a lackluster beginning to our winter as far as snowfall totals locally go especially in the Sacramento Mountains. To date Ski Apache west of Ruidoso with a base elevation of 9,600' has only recorded 7" of snow. Cloudcroft (8',650') hasn't done any better with only 7.8" recorded for the season to date.

Looking Back In History. 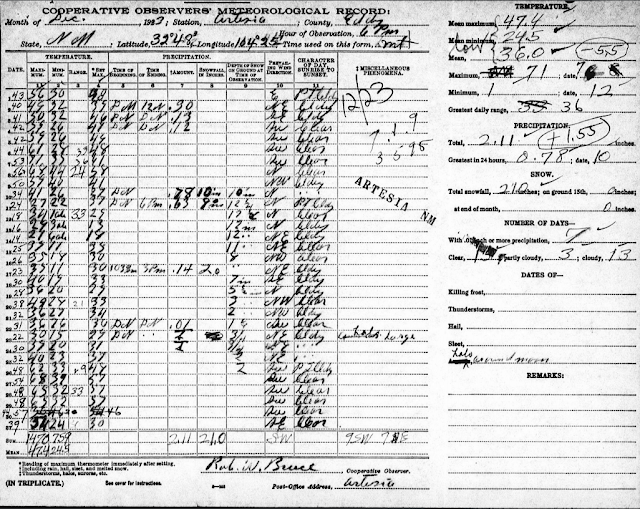 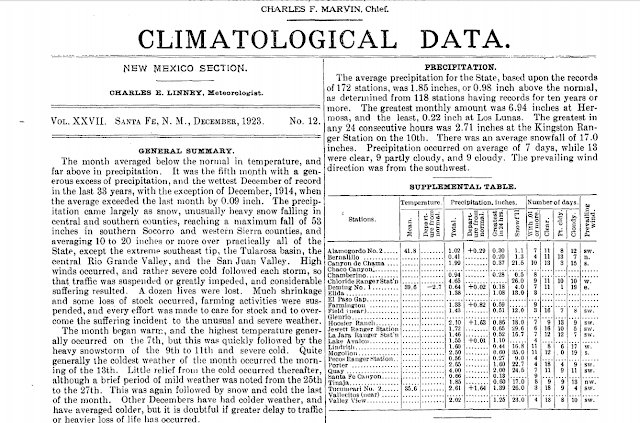 One of the top snowstorms in the history of the Pecos Valley occurred during this two day period in 1923. Officially according to the Artesia Climate Co-Op Station records, Artesia recorded its deepest snow depth on the ground on the 12th with 17". A total of 19.0" fell during this storm.

The Whitetail Climate Co-Op Station located Southeast of Ruidoso recorded 25.0" of snowfall with 25" on the ground on the 11th.

The Sacramento Climate Co-Op Station measured 22.0" of snowfall with 22" on the ground on the 11th.

The Nogal Climate Co-Op Station located Northwest of Ruidoso recorded 20.0" of snowfall with 19" on the ground on the 12th.

The Mayhill Climate Co-Op Station recorded 16.5" of snowfall with 16" on the ground on the 11th.

The Carson Seep Climate Co-OP Station which was located near Queen in the Guadalupe Mountains recorded 16" of snowfall.

The Tatum Climate Co-Op Station recorded 8.0" of snowfall with 8" on the ground on the 11th.

The Lovington Climate Co-Op Station located in Lea County recorded 5.0" with 5" on the ground on the 11th.

The Hobbs Climate Co-Op Station recorded 3.0" of snowfall with 3" on the ground on the 10th. 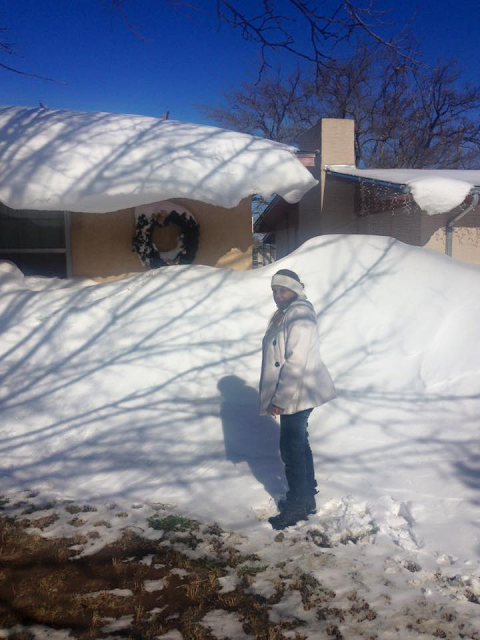 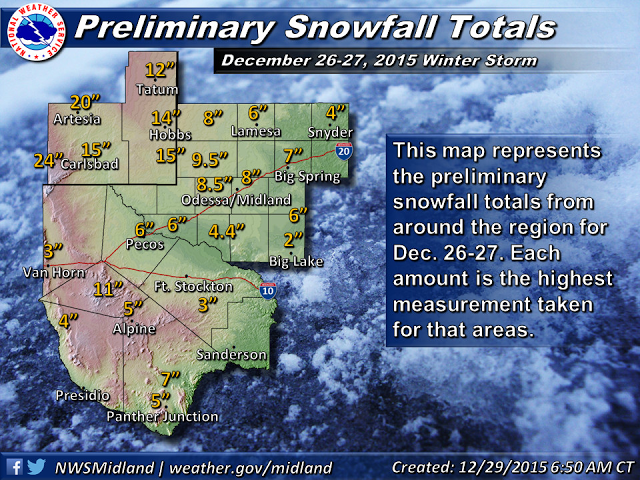 Unofficially this can be disputed by the reported snowfall totals in and around Artesia during last years "The Day After Christmas Blizzard - (Dec 26,27 2015)." Public reports from last years blizzard indicate that 17" to 20" of snow accumulated on the ground in and around Artesia with drifts reported to be 6' to 10' high. Although the official Climate Co-Op Station located at the AG Science Center 6 miles south of Artesia only recorded 10". See my blog post via this link for photos and snowfall reports.