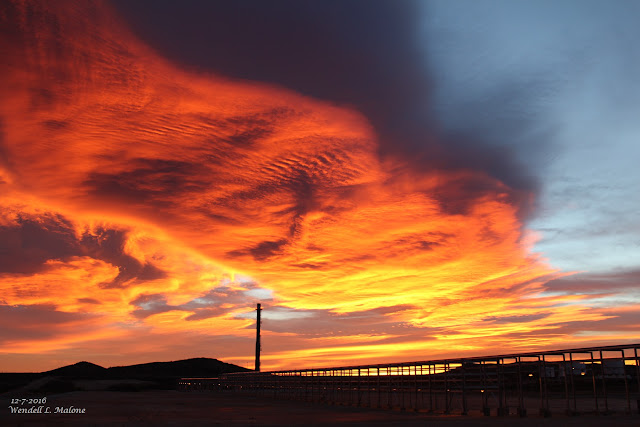 Red skies in the morning and sailors take warning...twenty four hours later we had 2" of snow on the ground.


Cold Air Trapped In The Pecos Valley This Morning. 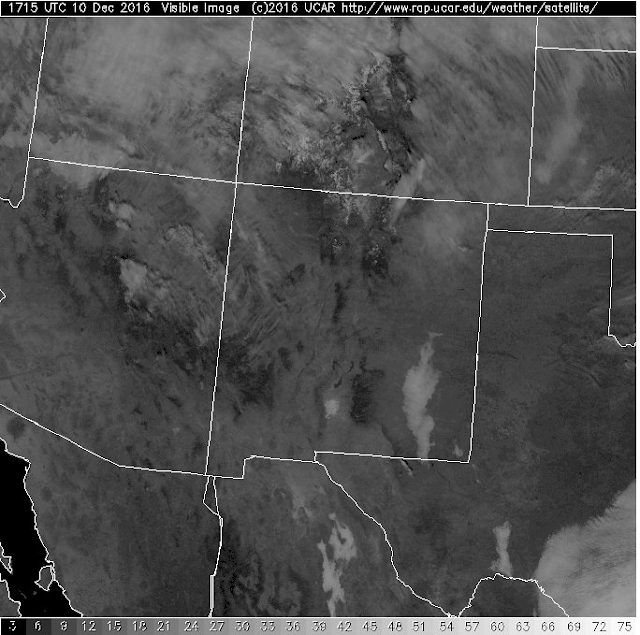 Visible Satellite Image At 10:15 AM MST This Morning. 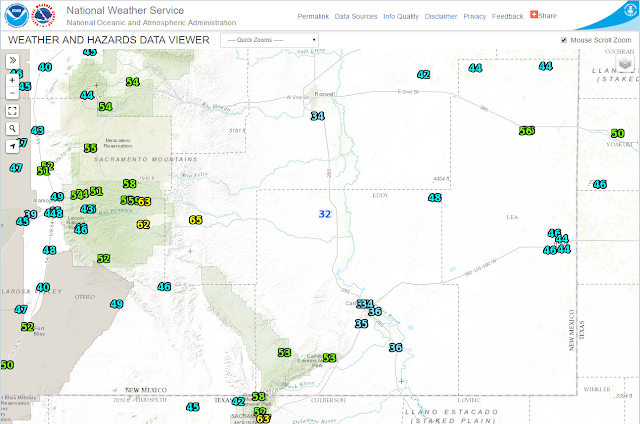 NWS MesoWest Temperatures At 10:30 AM MST This Morning. 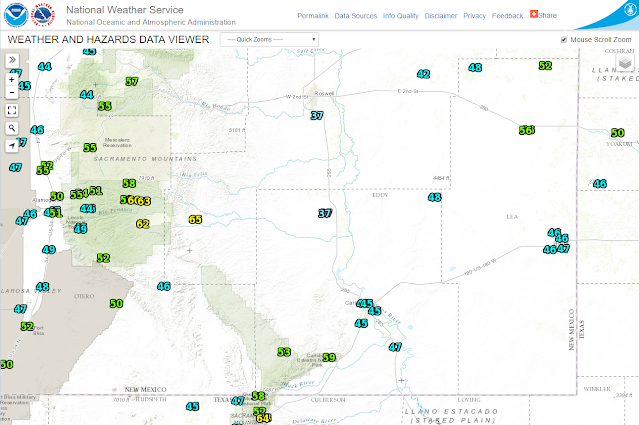 Cold air along with fog and low clouds were once again trapped in the Pecos Valley of Southeastern New Mexico this morning buy an inversion. Meaning that temperatures were warmer a few thousand feet above the ground than they were at the surface in the valley. Cold air is heavier and denser than warm air thus the warmer air above the dome of cold air at the surface was acting liking a lid and helping to keep the cold air trapped in the Pecos Valley. Light winds also contributed to this therefore preventing very little mixing of the atmosphere with height so the cold air at the surface did not get scoured out.

This was also true yesterday afternoon. Take a look at this morning's temperatures at 10:30 AM . It was some 25 to 30 degrees colder in the Pecos Valley than it was in the Sacramento Mountains 50 to 100 miles west of us. This was also true of the reported high temperatures on Friday afternoon. Temps this morning in the Pecos Valley (average elevation 3,100 - 3,600' MSL) were in the 30's while the east slopes of the Sacramento Mountains (at and elevation ranging from 5,000' to 7,000' MSL) were in the 50's and 60's. 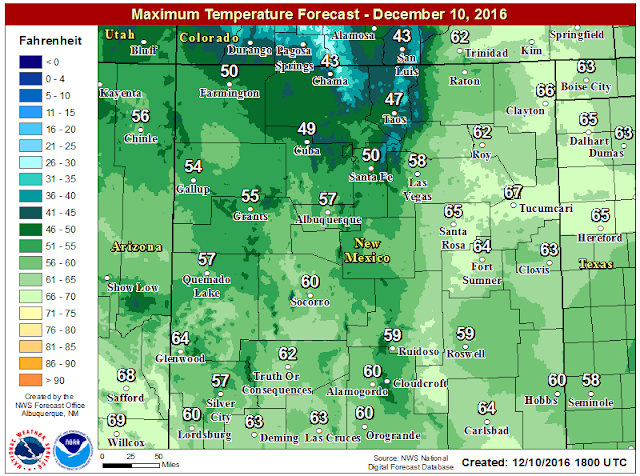 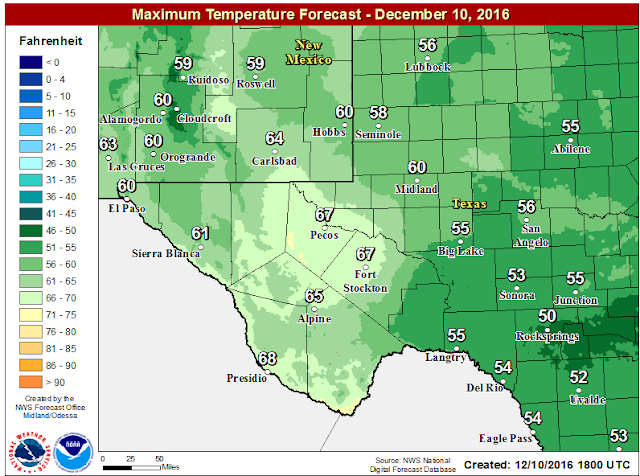 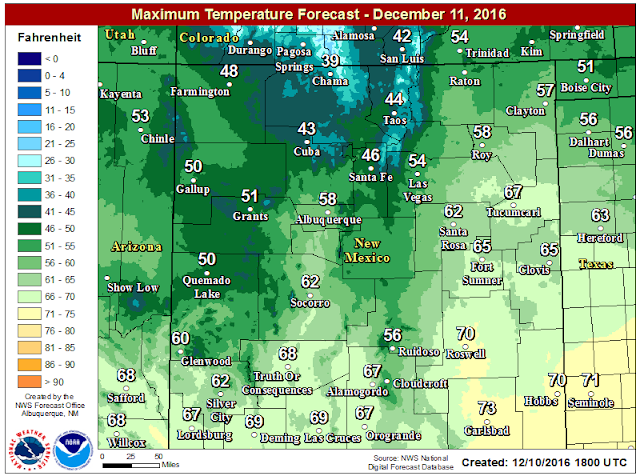 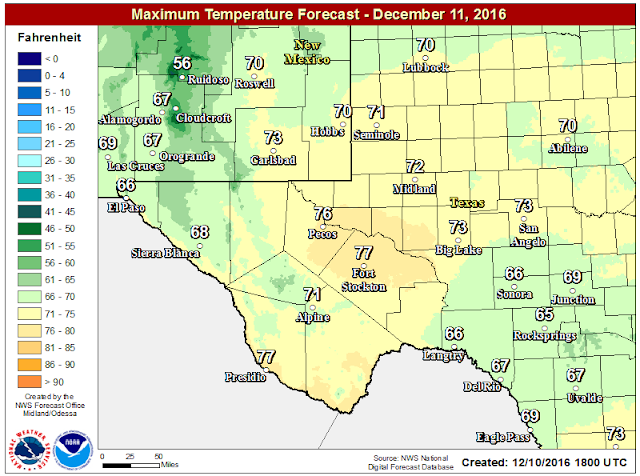 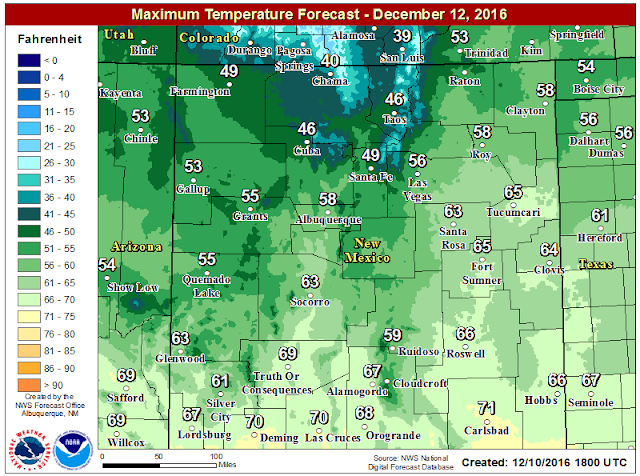 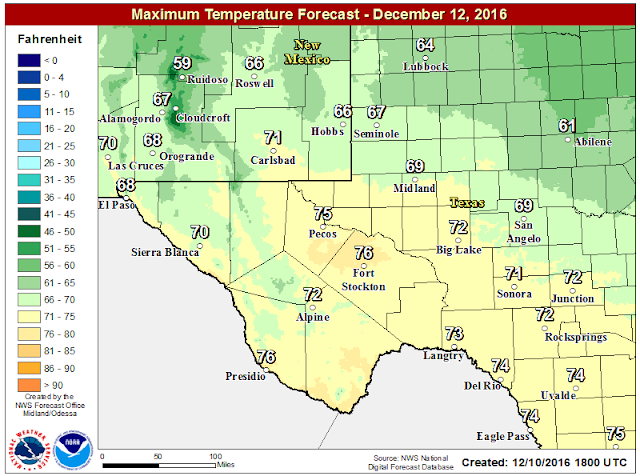 Windy In The Mountains This Afternoon Into Sunday Afternoon. 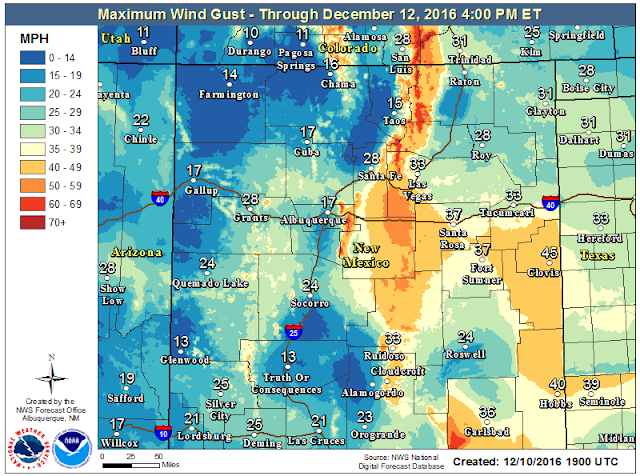 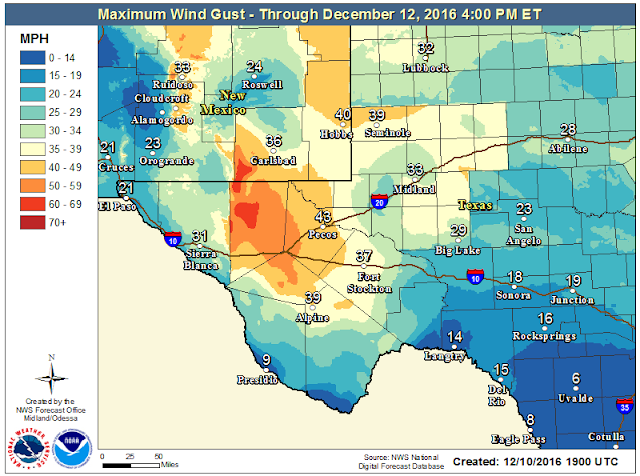 West winds are back and will howl across the Northern and Central Mountains of the state this afternoon into Sunday afternoon. West winds sustained at 35 to 45 mph with gusts near 65 mph are forecast. Areas of blowing snow will occur in the higher mountains and localized areas of blowing dust will occur in some of the lower elevations. 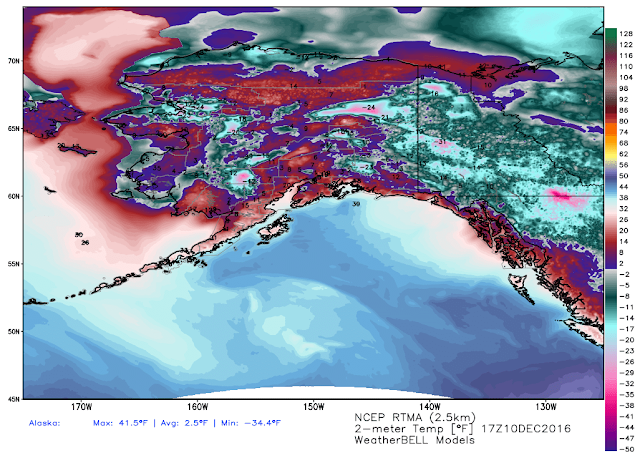 Alaskan & NW Canadian Temperatures At 10 AM MST This Morning. 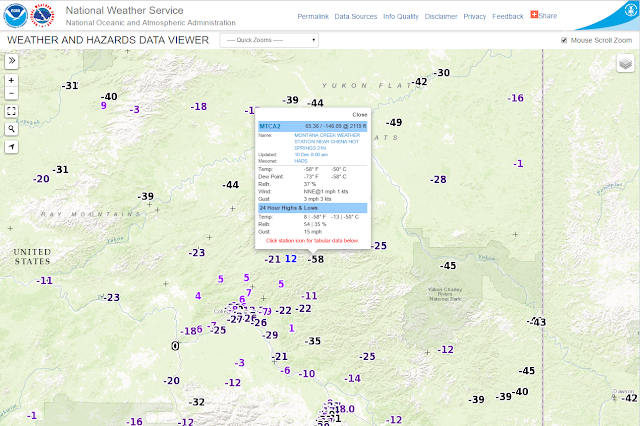 A low temperature of -58ºF was reported this morning at the Montana Creek automated weather station (HADS) in Central Alaska. Low temps of near -45ºF were also reported in the Yukon Territory of Northwestern Canada.

Models Having A Hard Time With Next Week's Arctic Air Mass. 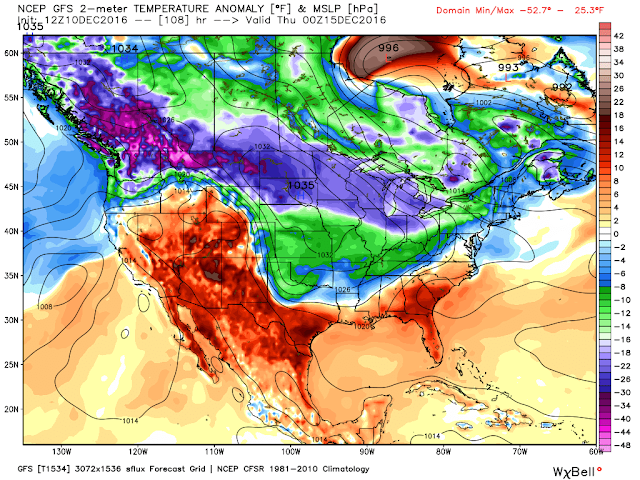 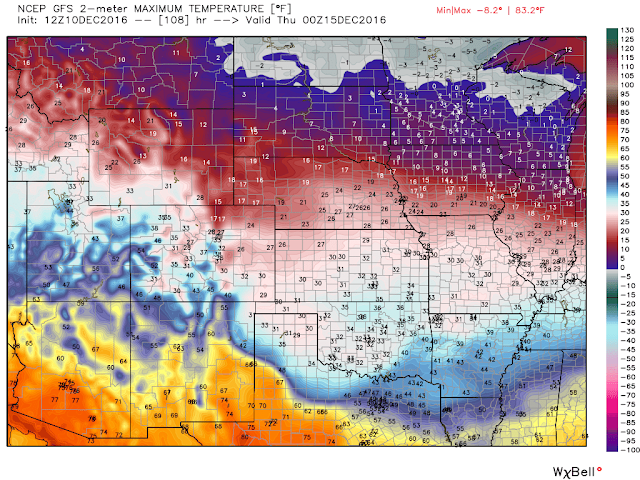 Last nights European (ECMWF) model run and this morning's run as well as this morning's US GFS model both are backing off on next week's first intrusion of arctic air in New Mexico. Historically the computer forecast models have a difficult time in forecasting arctic air masses. This may be the case coming up with the midweek outbreak, and yet another intrusion by next weekend. Previous runs over the past couple of days had indicated that the cold air would arrive in the Eastern Plains of New Mexico Wednesday night. Now they are hinting that it may or may not make it into Southeastern New Mexico. But the jury is still out on this one so don't be surprised if the models are wrong. 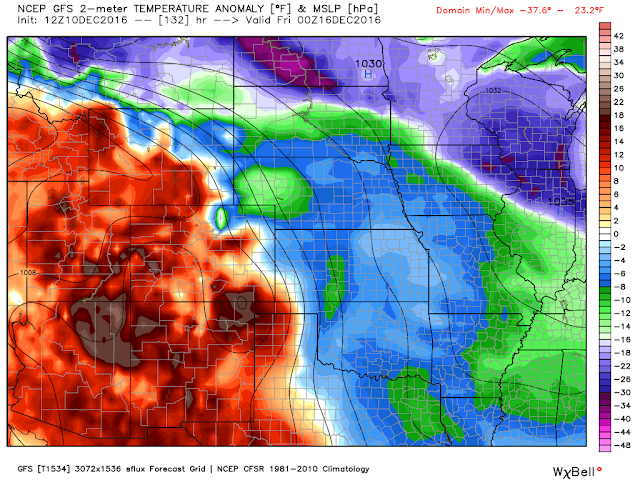 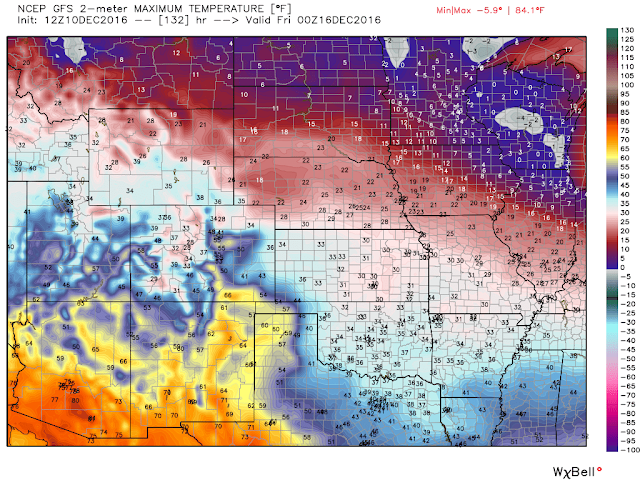 Where Is The Snow? 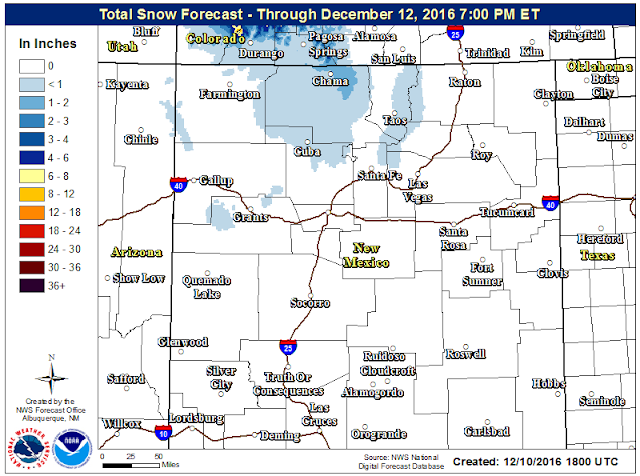 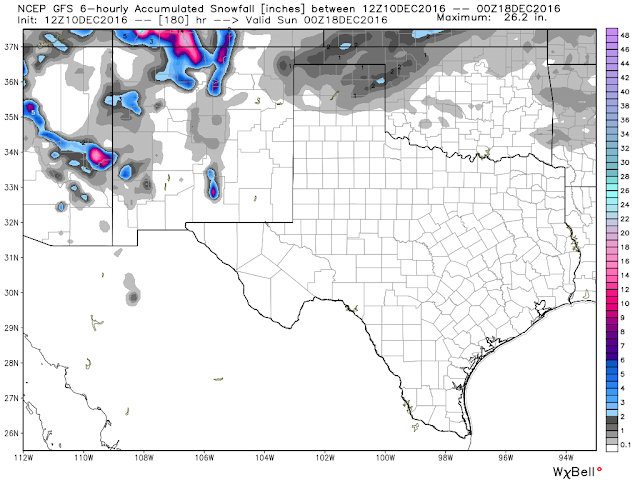 Both the ECMWF and GEM models are not very excited about much snowfall over the state over the next week. This mornings run of the US GFS model hints that this may change by next weekend.

Looking Back In History.