Rain All Around The Pecos Valley Of SE NM. 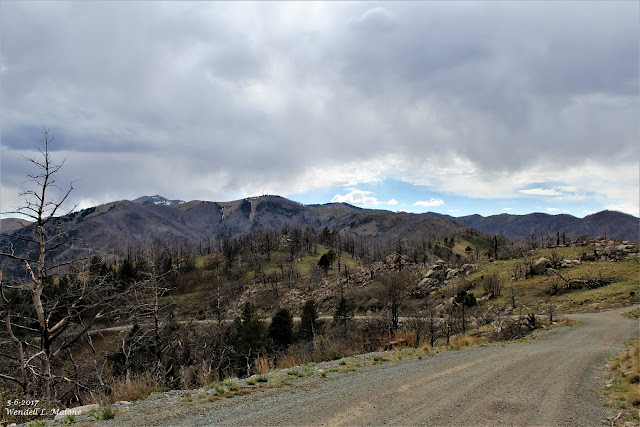 Lots Of Virga Over The Sacramento's On May 9, 2017.
Looking Southwest At Sierra Blanca Peak From Near The Monjeau Lookout.

24-Hour Radar Estimated Rainfall Totals.
(As Of 9:11 AM MDT This Morning). 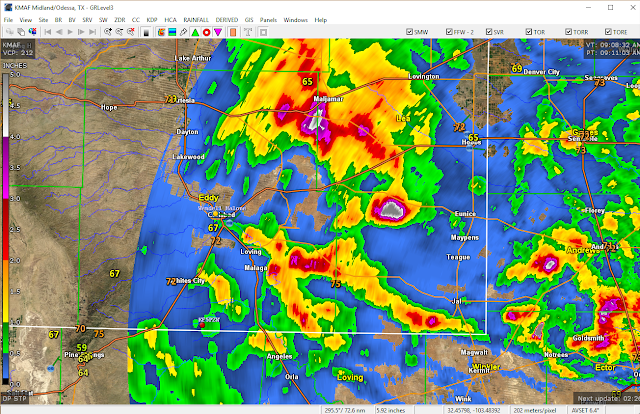 Locally heavy rainfall occurred in several areas but as has been the case for the last four or five days most of the Pecos Valley missed out. The heaviest rains fell over and near the Caprock east of Artesia and Carlsbad. Radar estimates in the range of 4" to 5" were noted just south of Maljamar and west of Eunice although I suspect that these totals were too high because of hail cores within the thunderstorms causing the radar to overestimate the rainfall totals. 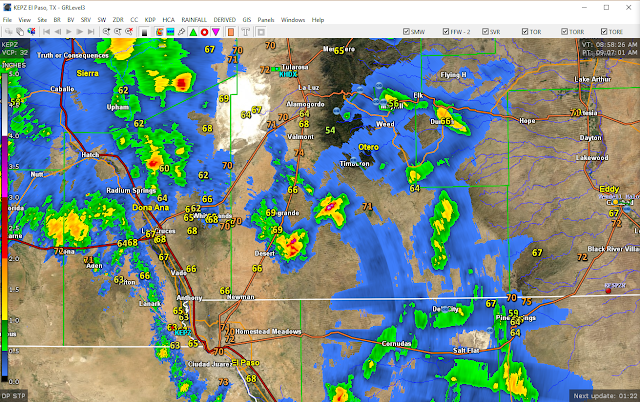 NWS MesoWest Reported 24-Hour Rainfall Totals.
(As Of 9 AM MDT This Morning). 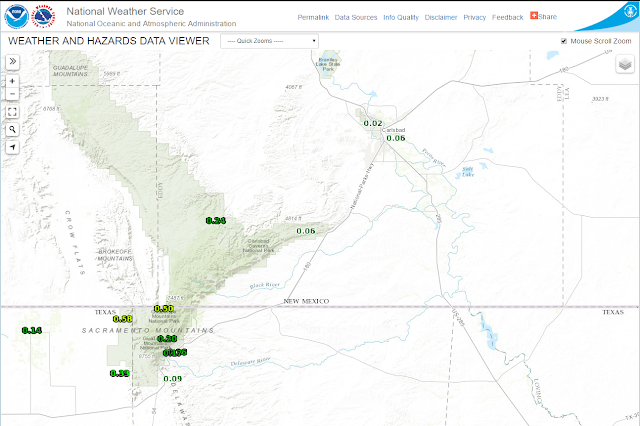 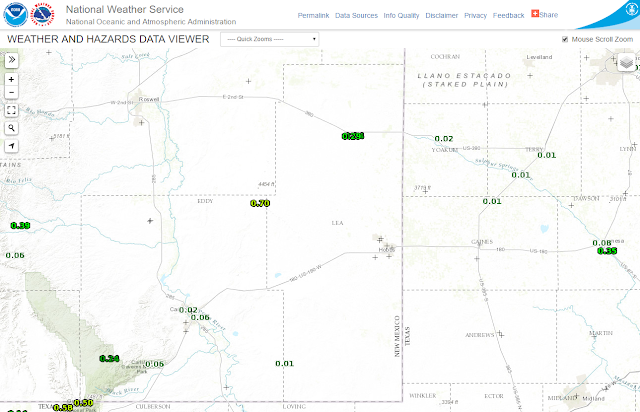 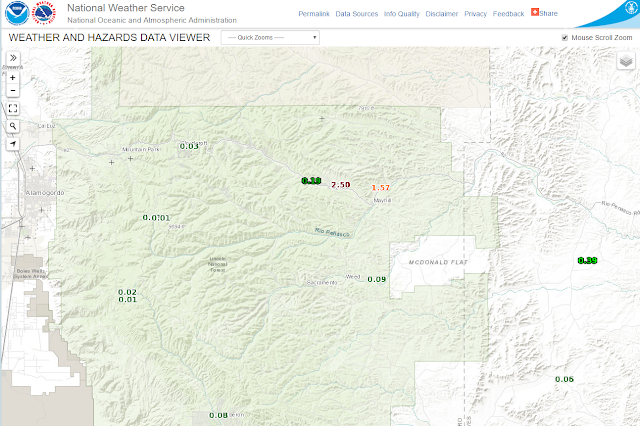 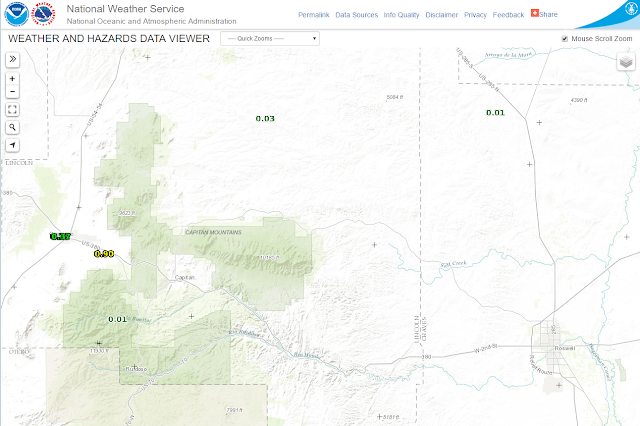 Estimated Rainfall Totals Over The Past Week. 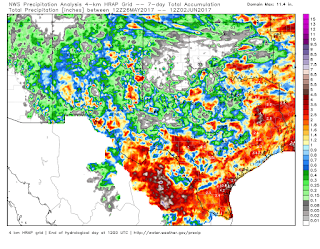 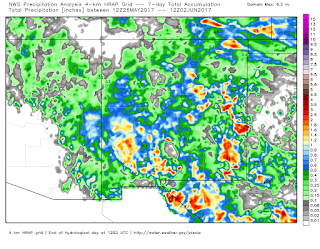 24-Hour Lightning Strike Summary.
(As Of 9 AM MDT This Morning). 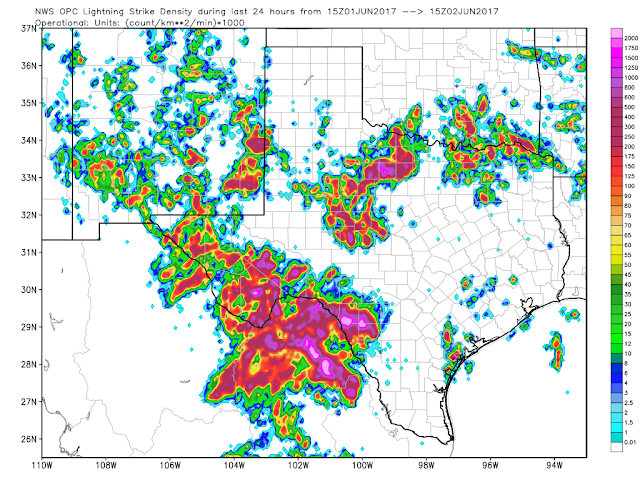 Most of the cloud to ground lightning strikes over the past 24 hours (locally) have been over the Guadalupe and Sacramento Mountains and the Caprock northeastward to the Clovis and Portales areas. Note the concentrations just south of the Big Bend in Northern Old Mexico!