A Change To Cooler & Much Wetter Weather Coming. 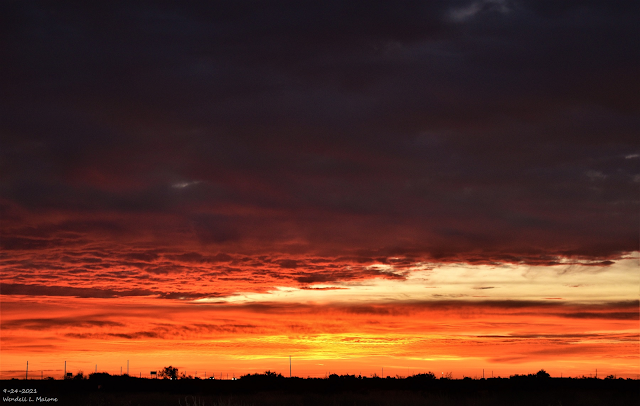 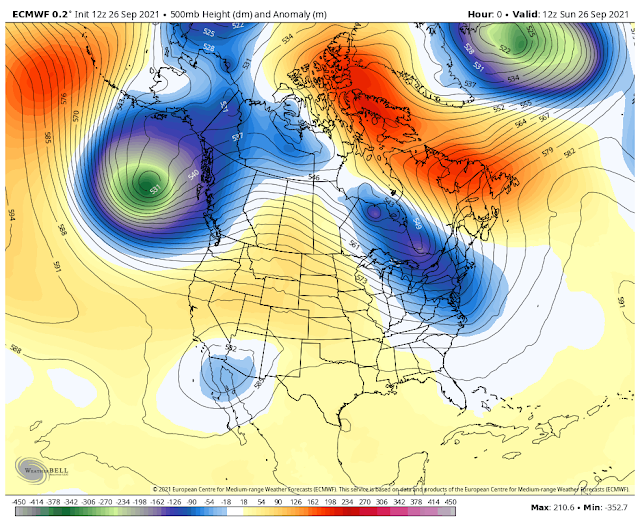 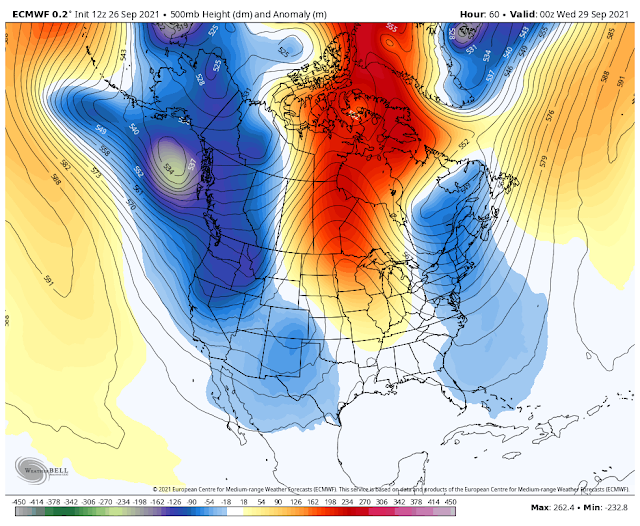 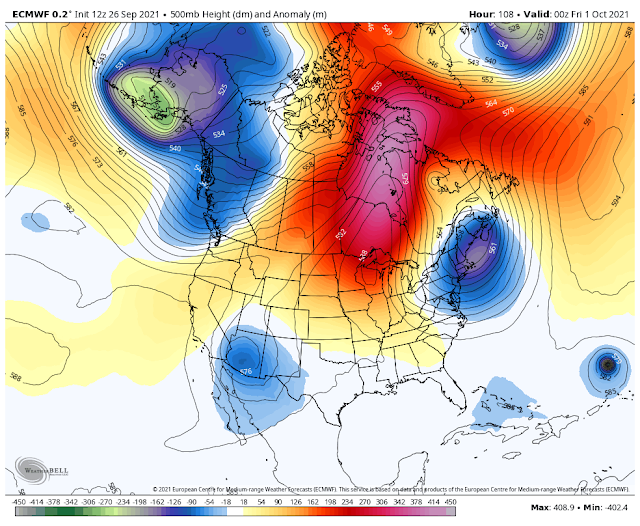 Once again it is "bowling ball season." Meaning that fall has arrived and we are seeing pieces of energy cut off from the main jet stream and form closed mid-upper level lows. These lows set up across the desert southwest. Meteorologists, forecasters, weather nerds often refer to these low-pressure systems as "bowling balls" because they seem to be lofted out of the jet stream and roll southward/southeastward into the region.
Once such storm has been camped out over the Baja Region for the past couple of days and has helped produce scattered showers and thunderstorms across central and southern New Mexico. It is forecast to lift northeastward and into northeastern New Mexico on Tuesday. In response to the next mid-upper level trough of low-pressure diving southward into the Pacific Northwest, which will roll yet another "bowling ball" of low pressure towards southern Arizona by Thursday.
WPC (NDFD) 7-Day
High Temp/Temp Anomaly Forecast.
(Valid For Thursday, Sept 30th). 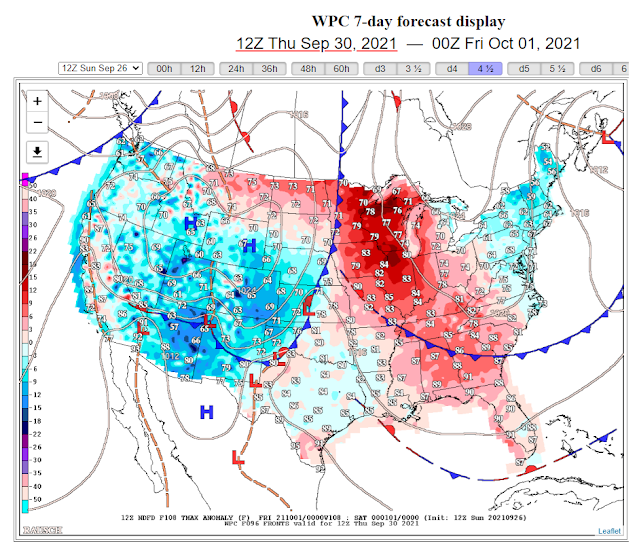 In response to the changing mid-upper level pattern, a cold front will push southward into Eastern New Mexico by Thursday, and into Southeastern New Mexico Thursday night. Much cooler and wetter conditions are forecast to develop behind the frontal passage over the local area this coming Thursday into next Saturday. With the closed/cutoff mid-level low to our west and low level southeasterly upslope from the Gulf of Mexico behind the front, our chances for seeing heavy rainfall and flash flooding are forecast to increase later in the week.
NWS NDFD Forecast High Temperatures.
Monday. 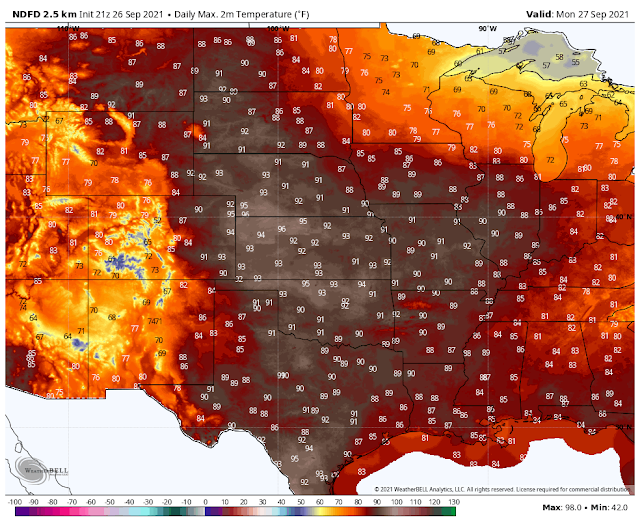 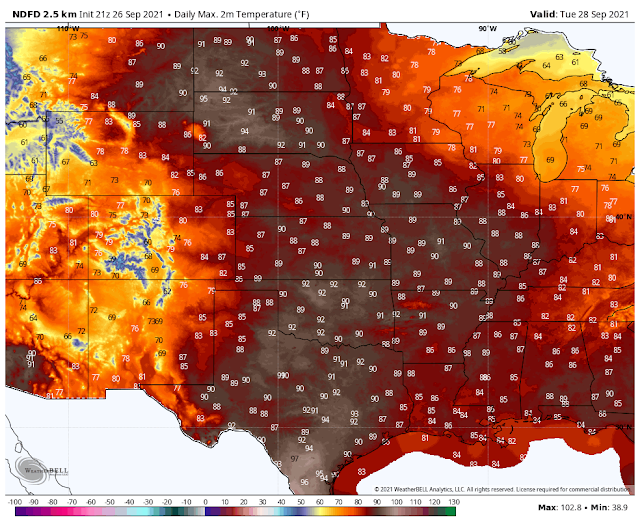 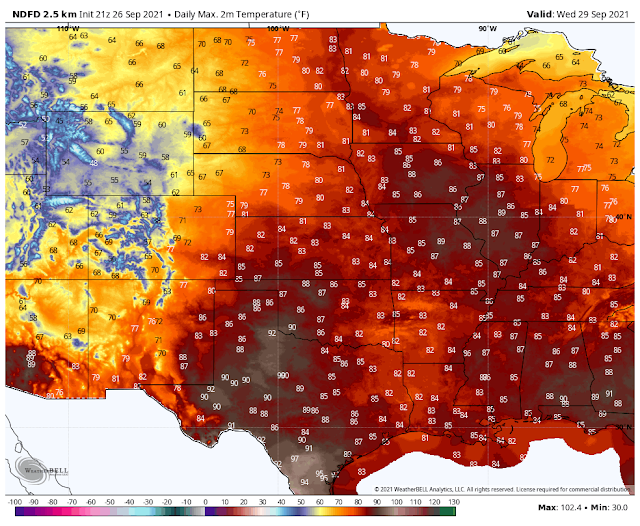 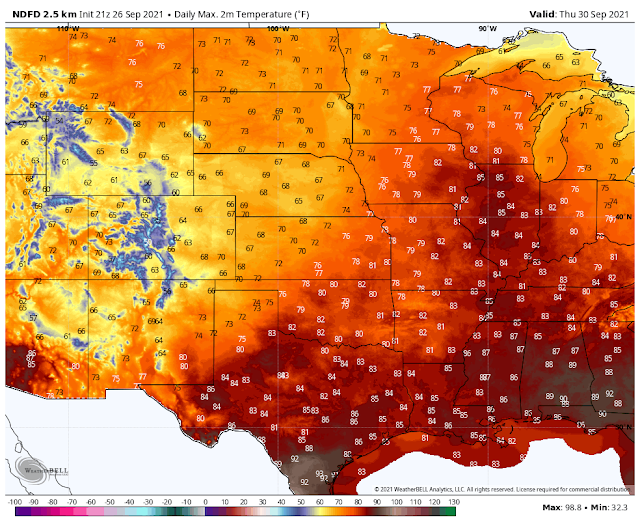 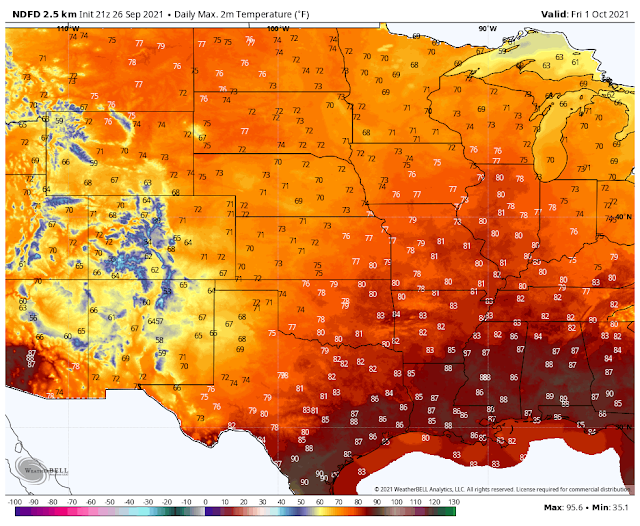 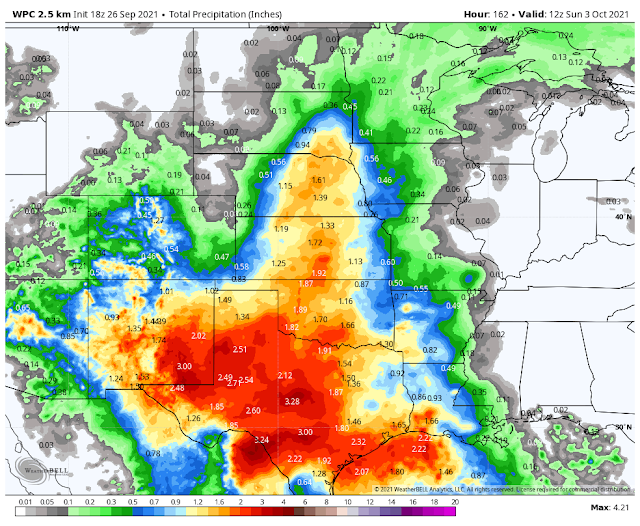 Valid By 6 AM MDT Sunday, Oct 3, 2021.
A cooler and much wetter pattern is forecast to take shape over New Mexico this coming Thursday into next weekend. The potential for heavy to very heavy rainfall along with a risk for flash flooding is in our local forecasts from Thursday onward into at least the beginning of next weekend.

Of course this far out in time from the event (5 days) it's too early to try and nail down the specifics but a change is coming and it definitely will feel more fall-like late next week. Not out of the question will a cooler airmass overtaking the state is the possibility of snow over the mountains generally above 10,000'.
The Truth Is Stranger Than Fiction!
Email Post