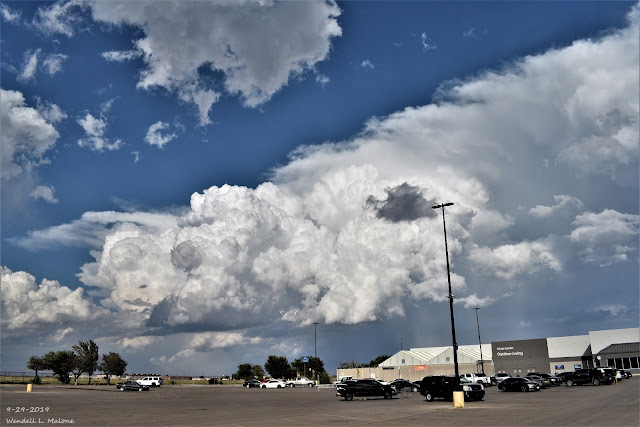 Thunderstorms dumped heavy rain across parts of the local area again Sunday afternoon. The heaviest rains fell over far southern Lea County along the New Mexico and Texas State line where radar estimated 3" of rain fell. The 72-hour radar estimated totals in the area are as high as 4". 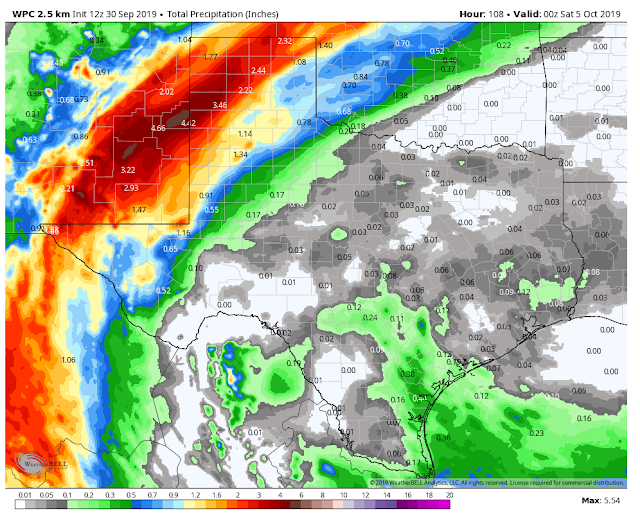 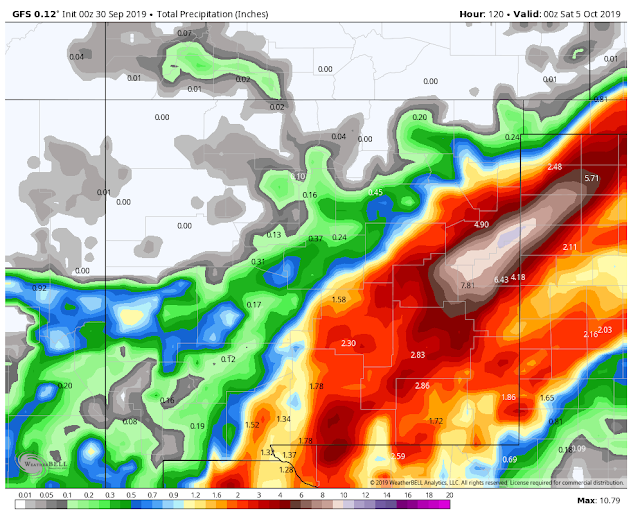 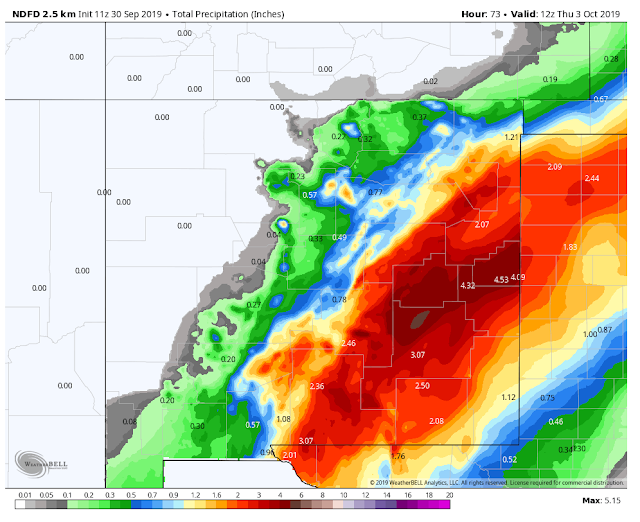 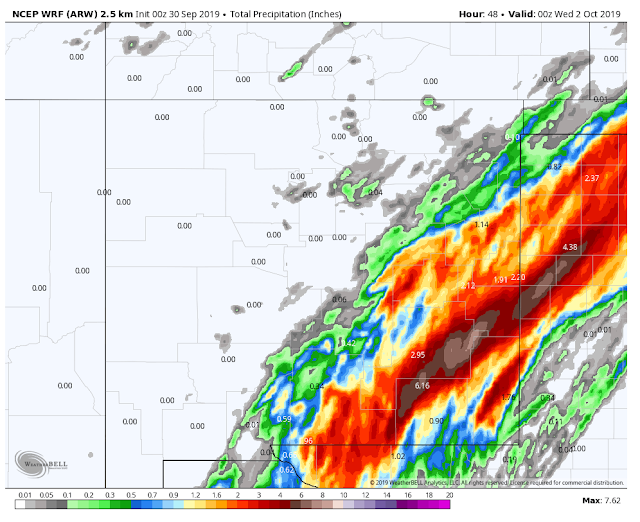 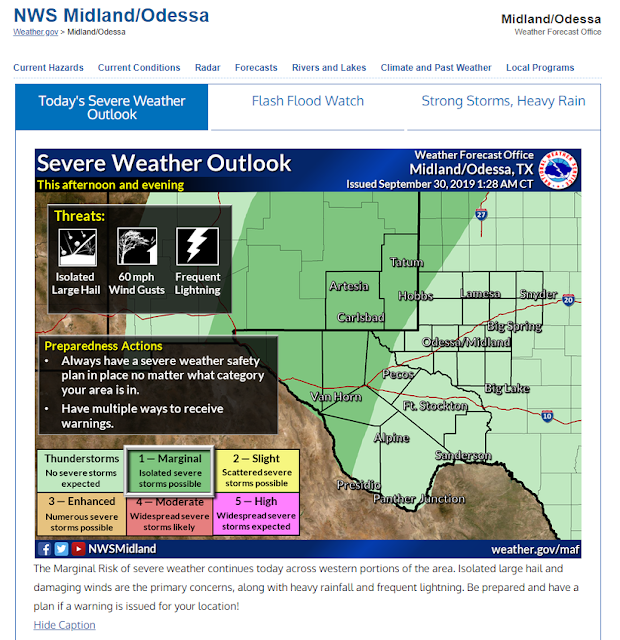 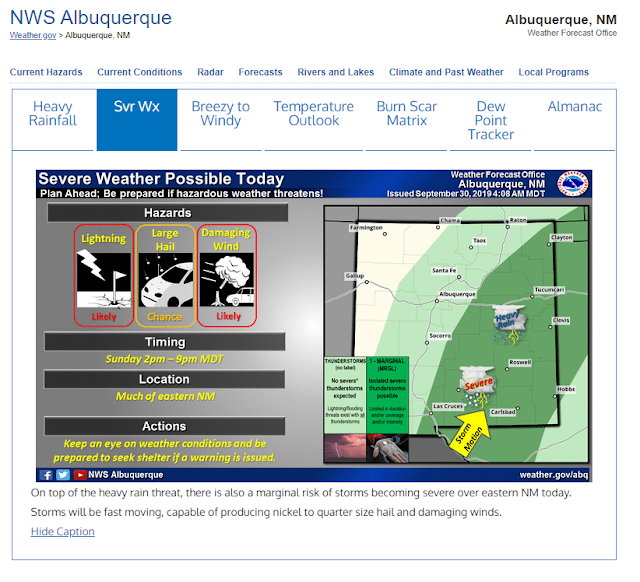 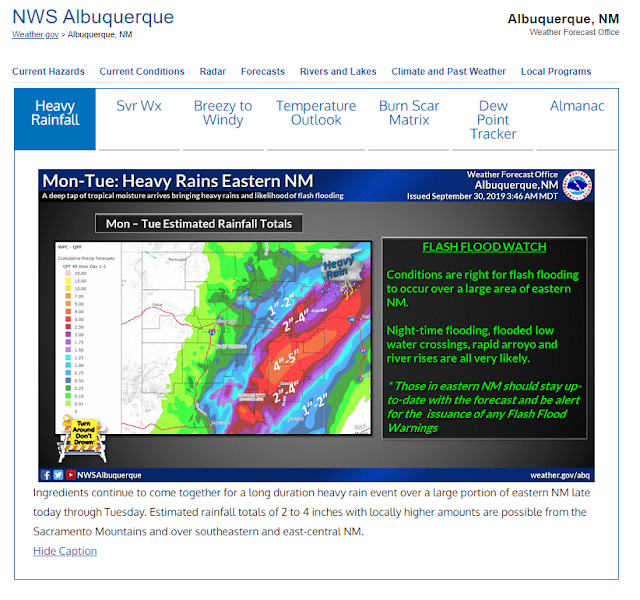 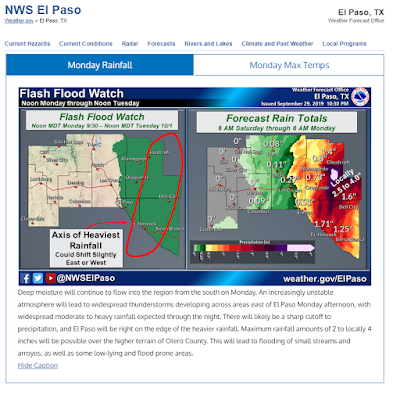 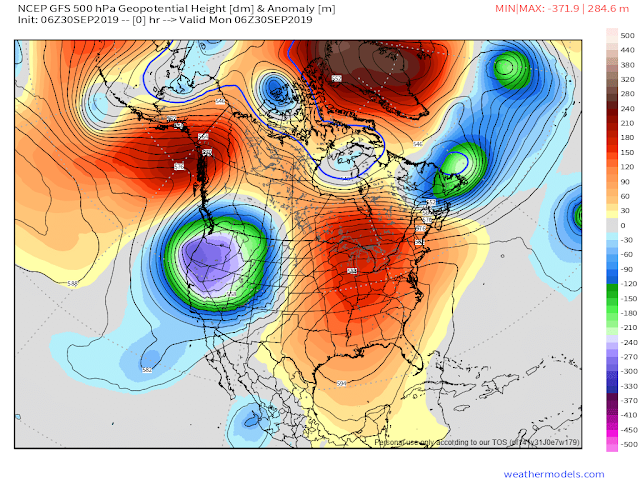 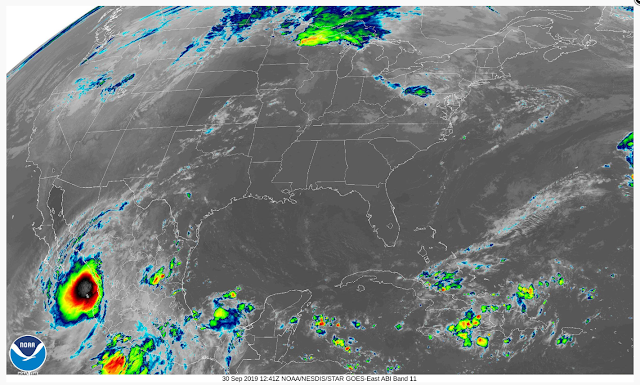 Valid At 6:41 AM MDT This Monday Morning.

Early this Monday morning a deep and cold closed mid-upper level low remained parked over eastern Oregon. Southwesterly flow around the bottom of this winter storm will pull a fetch of deep remnant tropical moisture northward into the area today into Wednesday.

Forecast models are settling down somewhat with their overall total rainfall amounts they are forecasting for this upcoming heavy to very heavy rain event. Although they still are having difficulty nailing down exactly where and how much heavy rain will fall. Be careful in using the graphics above since given a number of factors the heaviest rains may fall in different locations than those currently indicated.

This mornings theme is generally 1" to as much as 4" of rain will fall over the Southeastern Plains, the Guadalupe, Sacramento, and Capitan mountains, and nearby Eastern Plains by Wednesday morning. There will be pockets of heavier rainfall in these areas and if the models are to be believed the heaviest totals may end up in the 5" to 10" range. This isn't all that far fetched historically and considering 3" to 4" have already fallen the past three days over parts of the local area.

Repeat thunderstorms over the same locations or otherwise known as "training thunderstorms" will have the potential to dump excessive amounts of rainfall. Life Threatening Flash Flooding will be possible over a wide area of the region this afternoon into Wednesday morning. Many parts of the local area are already saturated from recent heavy rains and it won't take much for flash flooding to occur.

Widespread flash flooding from the Guadalupe, Sacramento, and Capitan mountains eastward will be possible this afternoon through Wednesday. Many of our normally dry arroyo's may flood. River flooding on the Rio Penasco, the Hondo, the Rio Ruidoso, Black River, Delaware River, and Pecos rivers may also occur.

Tonight will be an especially dangerous time when heavy rains are forecast to be widespread. There are literally thousands of low water crossings the crisscross through local normally dry arroyo's. These arroyo's will the have the potential to flood rapidly and some water depths in the past have been known to exceed 10' to 25'.

Our local area has been inundated with people moving in because of the recent oil field boom. Many of them may not be aware of the flash flood threat we have from time to time.

Please talk to your friends, neighbors, co-workers and relatives about this danger. Remember never drive through a flooded arroyo, low water crossing, flooded city streets and intersections, or other flood prone areas. This is especially true at night when its nearly impossible to tell the depth of the flood waters. It only takes about 18" to 2' of rapidly flowing flood waters to float a normal size vehicle away.

Southeastern New Mexico, West Texas, and nearby areas have a long history of flash flood events. Some of which have resulted in flash flood drownings.

Scattered to numerous thunderstorms are expected to once again fire up by early afternoon and persist into tonight. Some of these will become severe and produce large hail, damaging thunderstorm wind gusts in excess of 60 mph, deadly cloud to ground lightning, and heavy to very heavy rainfall that will cause flash flooding.

The Truth Is Stranger Than Fiction - And Sometimes It Hurts!
at Monday, September 30, 2019