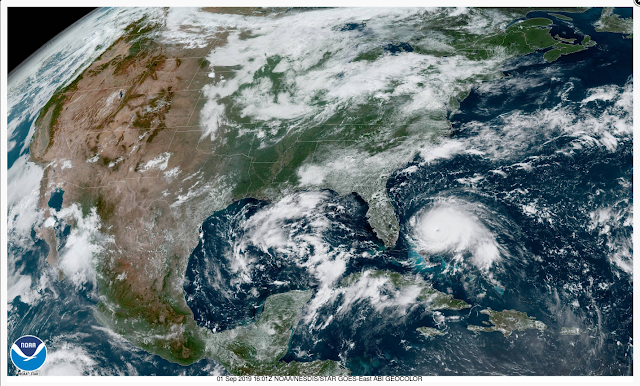 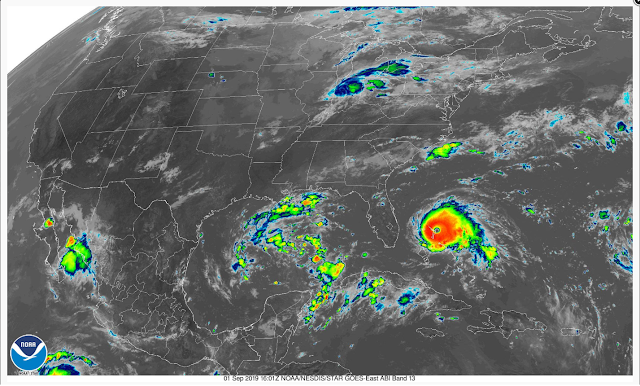 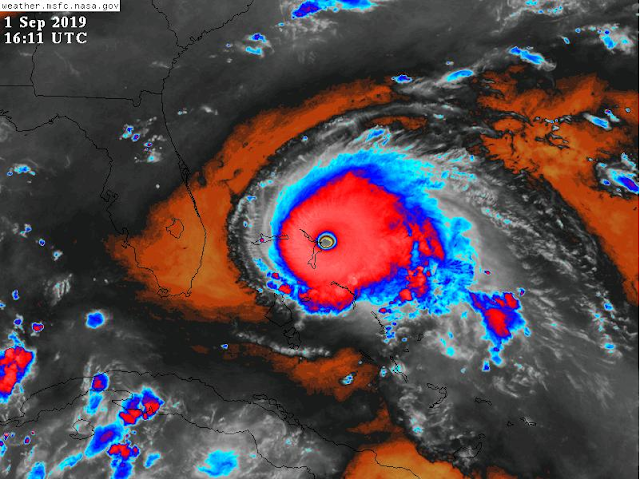 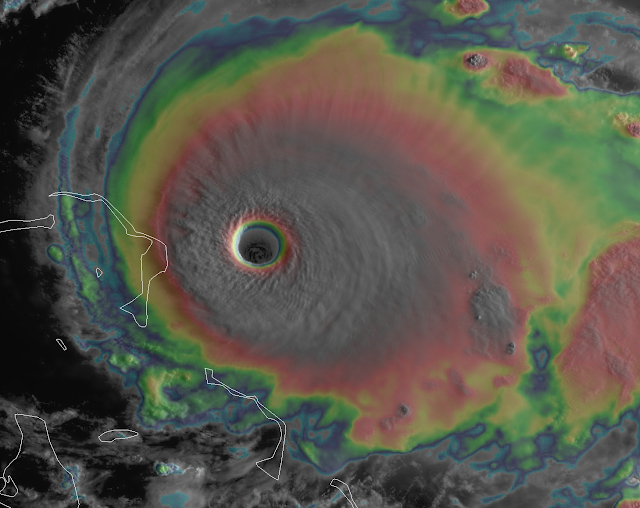 ...DORIAN BECOMES THE STRONGEST HURRICANE IN MODERN RECORDS FOR THE NORTHWESTERN BAHAMAS. ...CATASTROPHIC CONDITIONS OCCURING IN THE ABACOS ISLANDS... 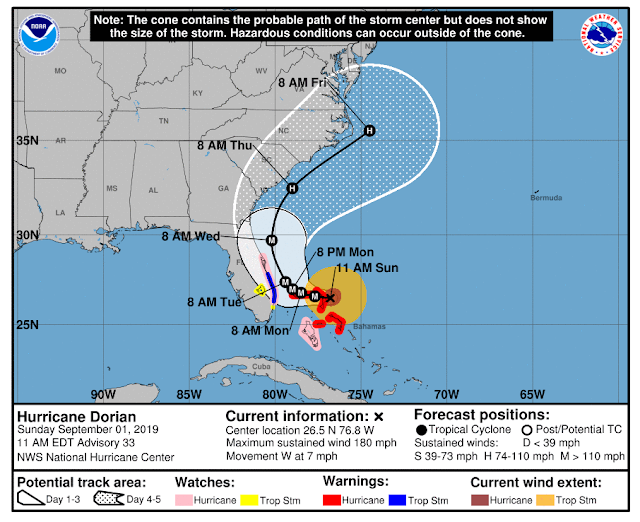 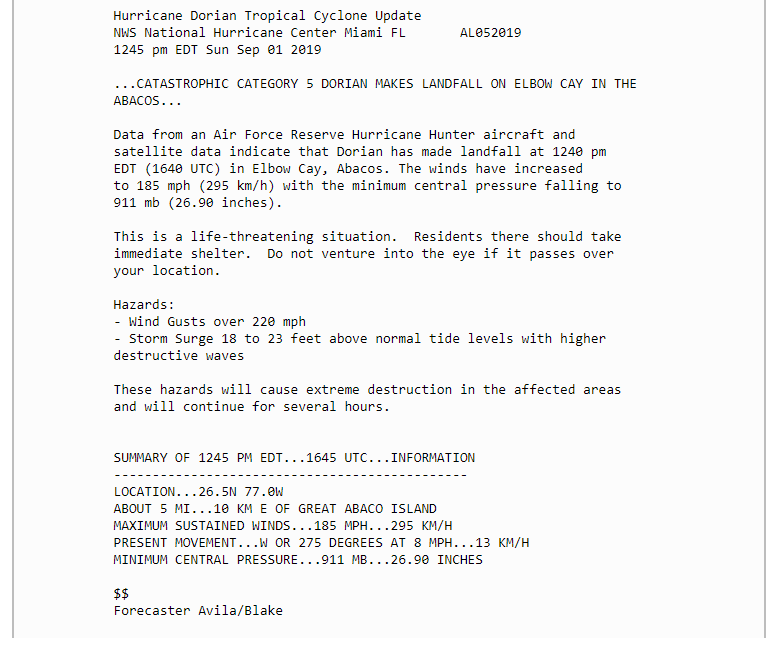 Catastrophic Hurricane Dorian has made landfall at Elbow Cay in the Abacos Islands (Bahama Islands) at 10:40 PM MDT with sustained winds of 185 mph and gusts of around 220+ mph! Dorian's central pressure has fallen to 911 millibars or 26.90" of mercury. Storm surge is 18' to 23" with battering destructive waves on top of this. 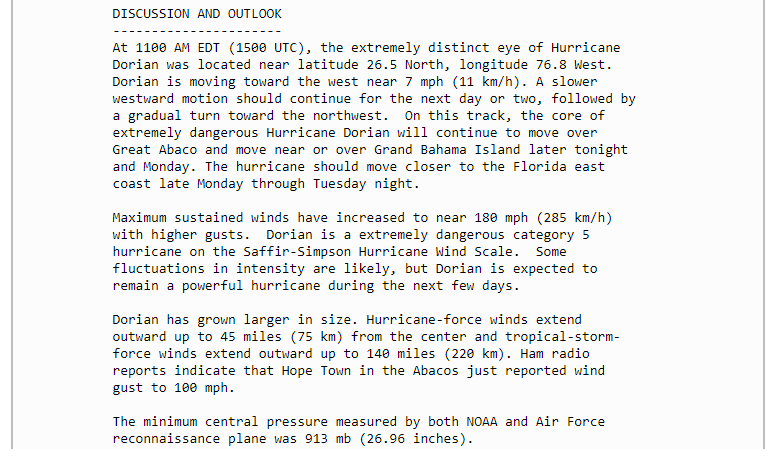 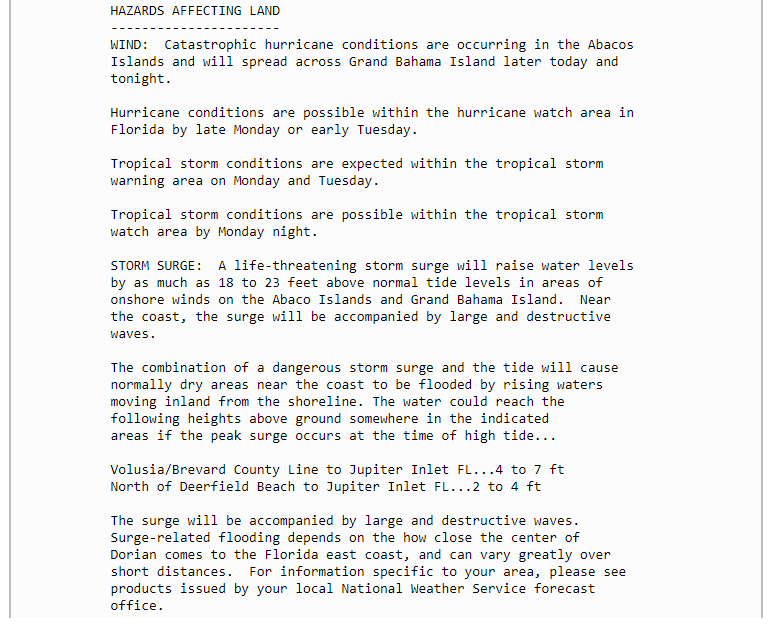 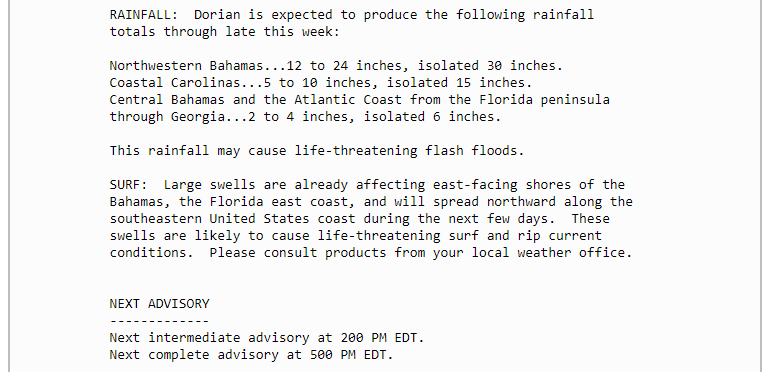 As of 9 AM MDT this first day of September (the meteorological beginning of fall) Catastrophic Hurricane Dorian has become the 13th most powerful Hurricane in the Atlantic Basin. Dorian's central pressure has fallen to 913 millibars or 26.96" of mercury. Dorian has sustained winds of 180 mph with gusts near 220 mph! The forward speed of the hurricane has slowed overnight with a westward track of 7 mph. 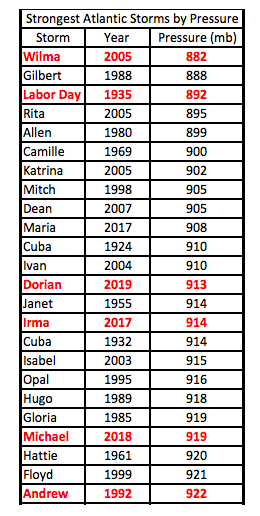 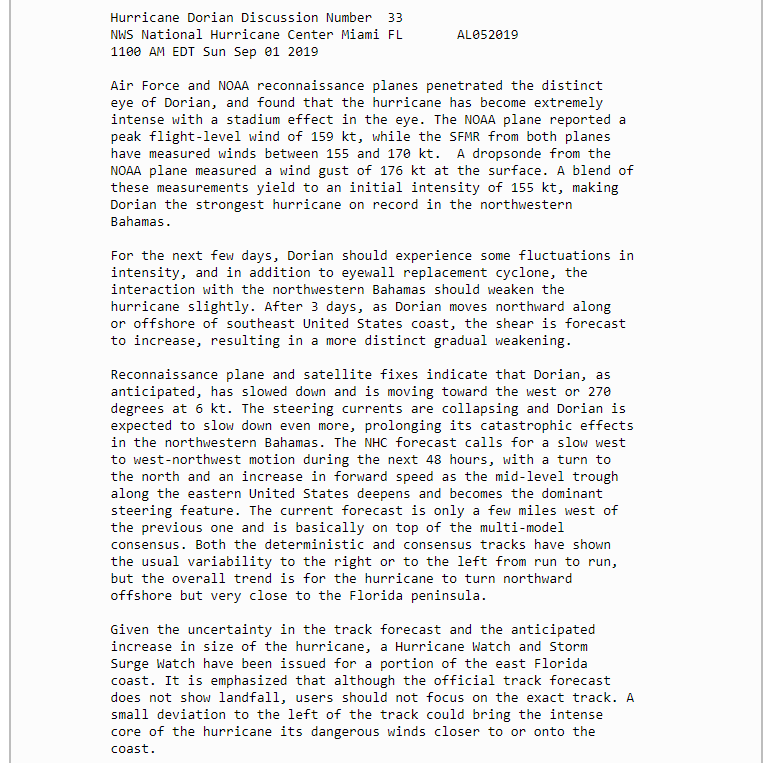 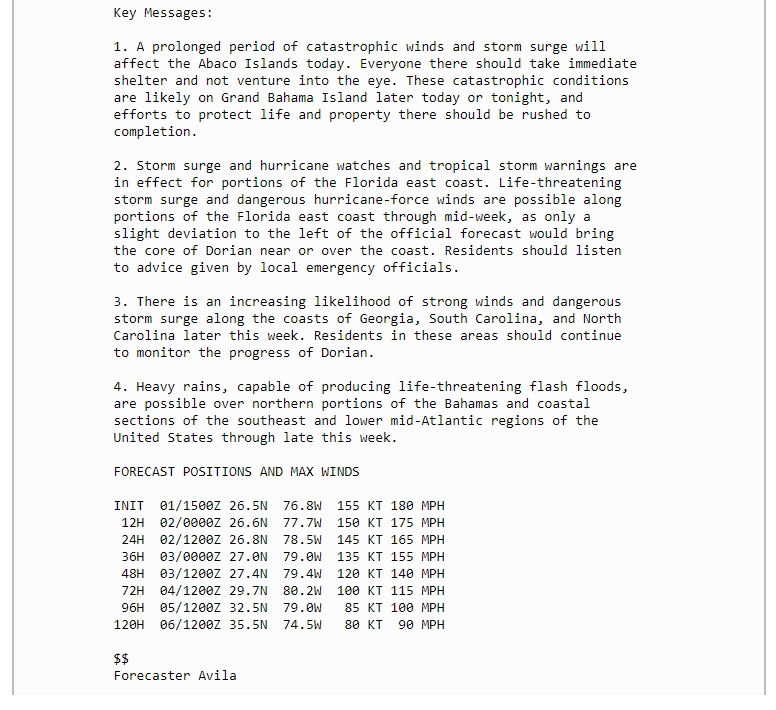