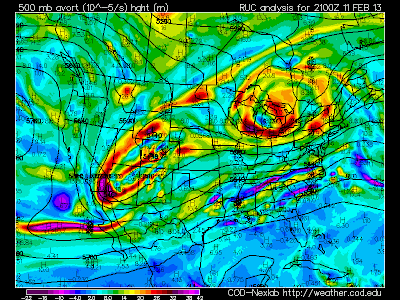 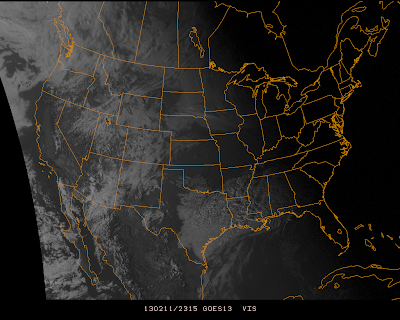 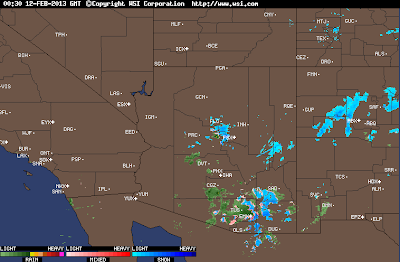 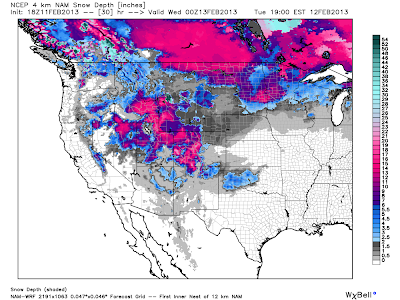 A cold (500 millibar temps in this storm are down to -32F) and potent upper-level storm was located over southwestern Arizona late this afternoon. This winter storm is now forecast to move east into New Mexico tonight, and into southeastern and eastern New Mexico by tomorrow morning. This track is further to the south than earlier model forecasts had been predicting.

A mix of light rain, sleet, and snow is falling over some of the lower elevations of southern Arizona at sunset. Snow is falling at the higher elevations. Rain and snow will increase, and spread eastward across New Mexico tonight into tomorrow morning, as this storm heads our way.

Southeastern New Mexico now has a 20% - 30% chance of seeing a mix of light rain, sleet, and or snow tonight into tomorrow morning. Especially in the Roswell and Hobbs areas. At this time no significant accumulations are being forecast for the local area. But...this storm is already tracking further south than forecast so it may yet have a few more surprises for us. I think its possible that some of us will wake up to some snow on the ground tomorrow morning, especially the further north you go.

A few thunderstorms may also develop later tonight across parts of eastern and southeastern New Mexico, as well as parts of west Texas.