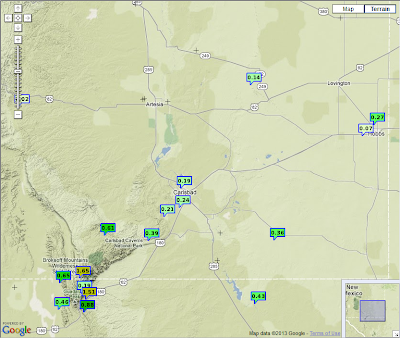 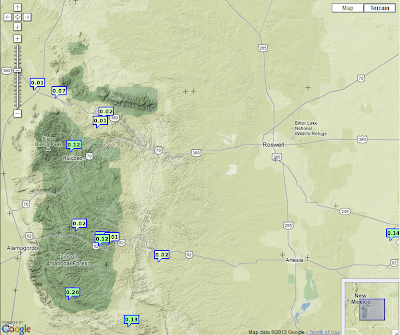 What a surprise the rain was last night! Not only did it rain, at least in some parts of the area, it poured. The big winner was the West Texas Mesonet Station located in Pine Springs which reported 2.03" as of 8:45 PM MST last night. Trust me I never thought that the totals listed above were going to happen that's for sure. I ended up with .21" at my home here in Carlsbad, NM. Additional rainfall totals will be available later this morning via the CoCoRaHS Network. 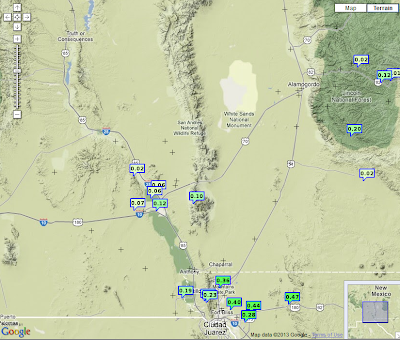 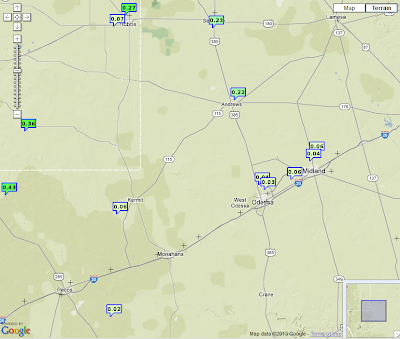 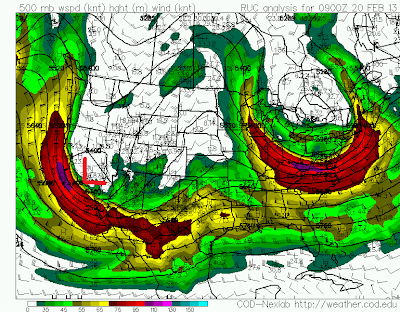 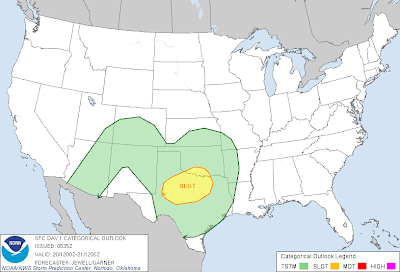 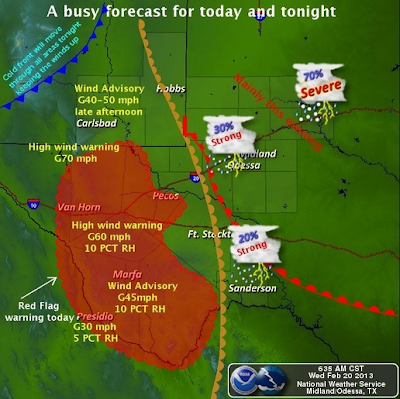 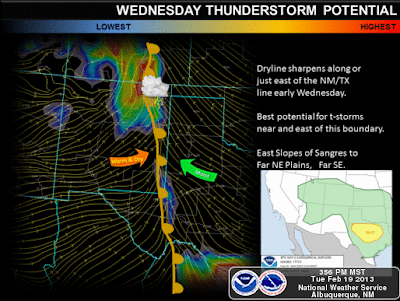 Well the good news is that some of us got wet last night, the bad news is that the wind is going to howl today. Blowing dust will also plaque parts of the area, especially in those locations that did not get any rain last night.

Southwesterly to westerly winds will pick up later this morning as the potent upper-level storm appraoches form the west, along with its associated Pacific Cold Front. Most of the lower elevations will see guts in the 50 - 60 mph neighborhood today. The Guadalupe's are expecting westerly winds gusts of up to around 80 mph.

Areas of blowing dust will also occur in some areas. Blinding clouds of dust may suddenly reduce the visibility down to near zero with little to no advanced warning. This will be especially true over and near these normally dust prone locations such as: open or freshly plowed farmlands and fields, lots, and construction sites.

Sever thunderstorms will fire up along and east of the dryline later today as it sharpens up near the NM/TX state line. Some of these may be of the supercell variety and will be capable of producing large hail and damaging winds. Spotter activation may be needed across parts of west Texas, in the Midland National Weather Service County Warning Area. A few severe thunderstorms will also be possible over parts of northeastern, eastern, and perhaps even eastern sections of southeastern New Mexico.

Snow is forecast to fall over the Sacramento mountains today into tonight as well. Some of this may be heavy, especially across the higher peaks, where as much as 7" could fall.

My Web Page Is Best Viewed With Google Chrome.
at Wednesday, February 20, 2013