DANGEROUS WINTER STORM FOR THE EASTERN 2/3RD'S OF NM! 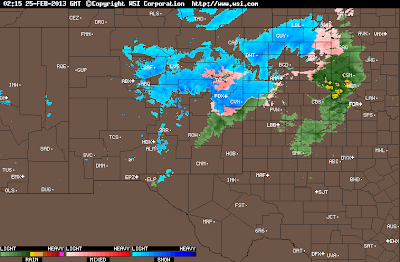 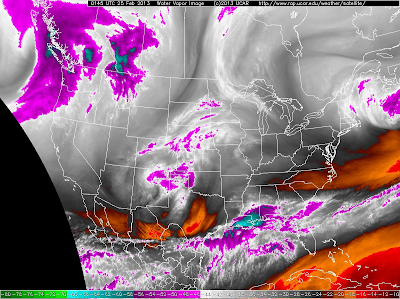 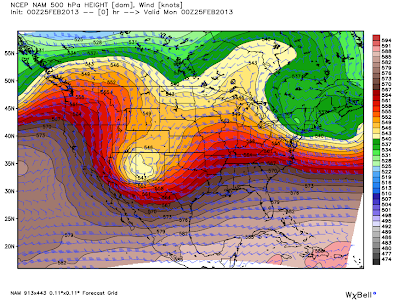 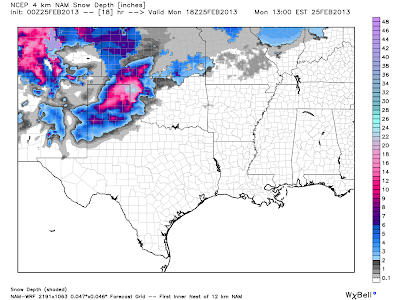 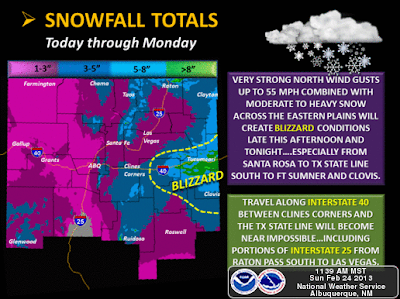 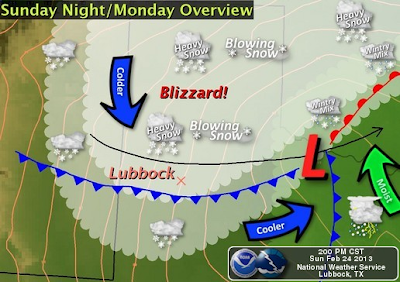 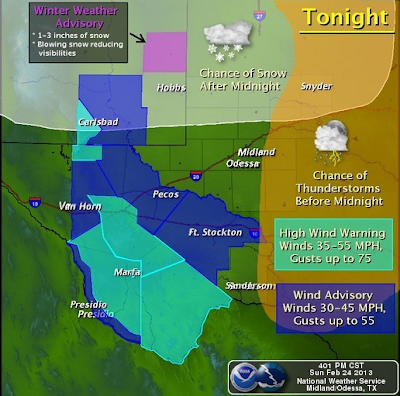 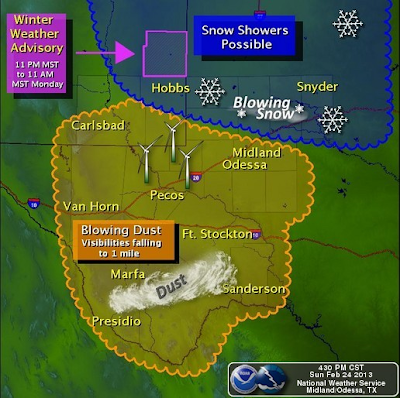 A powerful winter storm is going to hammer the eastern two thirds of New Mexico tonight into tomorrow with snow, some of which will be heavy, high winds, and blowing and drifting snow.

A BLIZZARD WARNING is now in effect for eastern New Mexico through 6 PM MST tomorrow evening. This includes the communities of Santa Rosa, Tucumcari, Clovis, and Portales. BLIZZARD Warnings are also in effect for the Texas Panhandle from Lubbock northward to the state line.

A dangerous combination of heavy snow...4" - 8, locally up to 10" -12", along with north winds of 25-35 mph gusting up to 55-60 mph, will create whiteout conditions with visibilites dropping down to near zero tonight into tomorrow.

Significant snow drifts may also develop during this storm which may shut down travel along some of the area roadways, including I-40 from Santa Rosa east to the state line, and along Hwy 60 between Vaughn and Clovis. Travel may become impossible in these areas. Please avoid these areas if possible.

A Winter Storm Warning continues in effect for the rest of northeastern New Mexico, as well as for eastern Lincoln County, and Chaves County through tomorrow evening. These areas are expecting 3" - 6" of snow, except for the Chaves County Plains where 1" - 3" is forecast to fall, including the Roswell area.

A Winter Weather Advisory has been issued for northern Lea County, where 6" of snow, along with blowing snow may cause some travel problems tonight into tomorrow.

We may see light snow here in Eddy County late tonight into tomorrow morning according to the latest NWS forecasts for Artesia and Carlsbad.

This storm is slower and further west than the models had been forecasting...therefore the upgrade from a Winter Storm Warning across eastern New Mexico to the BLIZZARD WARNING. This is a rare event indeed...you won't see this very often!

I'm curious (as always) to see just how far south the center of the 500 MB low will go tonight and tomorrow. The further south it goes...the better the chance we will have here in southeastern New Mexico.

A High Wind Warning has been issued for Eddy County and the Guadalupe mountains for tomorrow. West to northwest winds are forecast to gust up to 60 mph, and 70 mph in the Guadalupe's.

This is a very dangerous winter storm folks. If you have, or know of anyone who is planning on traveling northward, or northeastward from roughly Roswell...this is not a good idea at all. Life threatening conditions may develop in these areas due to the BLIZZARD.

We may be hearing of news reports tomorrow of trapped and stranded motorists up there tomorrow. So avoid that area if at all possible tonight into tomorrow. Just my two cents worth of advice...for what its worth.

All of the latest updates on the Watches, and Warnings concerning this dangerous winter storm are available on my web page. Along with the very latest National Weather Service Forecasts, live looping radar and satellite images.

There very well may be some changes in our local forecasts by tomorrow morning.

My Web Page Is Best Viewed With Google Chrome.
at Sunday, February 24, 2013