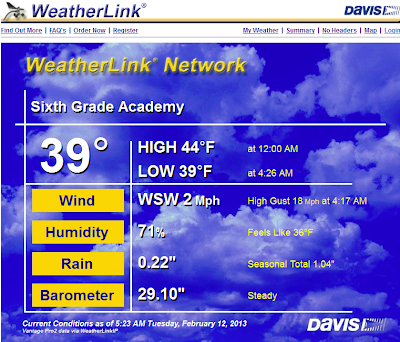 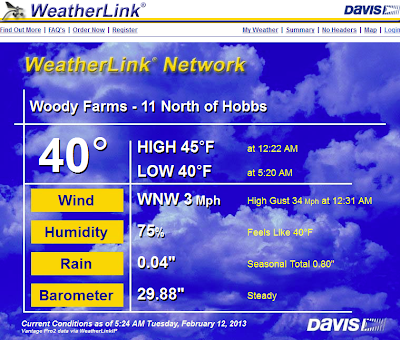 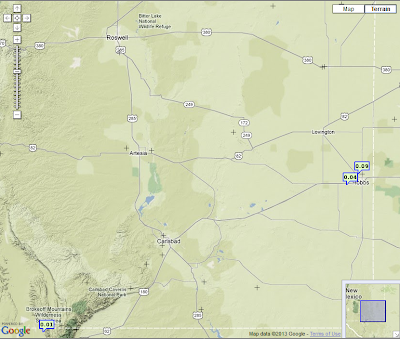 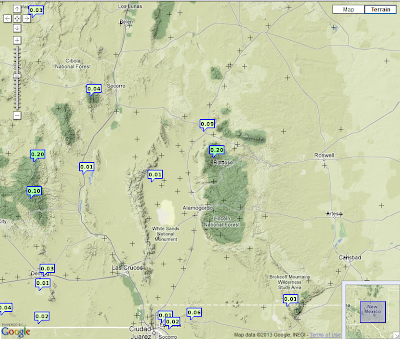 NWS Mesonet Rainfall Totals As Of 5:30 AM MST. 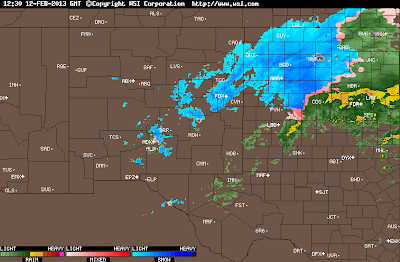 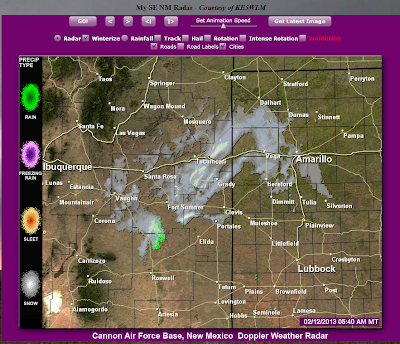 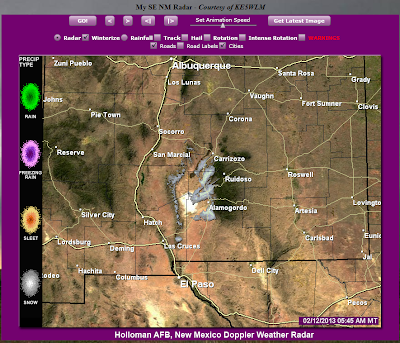 At 1:55 AM MST this morning the Artesia Airport was reporting a thunderstorm in the vicinity. Light rain was also reported there at 2:35 AM MST. Snow was falling over parts of the Sacramento mountains, and the northeastern and eastern plains of the state as of 5:30 AM MST. A light mix of rain and snow was also falling over northern Chaves County.