24-Hour CoCoRaHS Rainfall Totals.
(As Of 9 AM MDT This Morning). 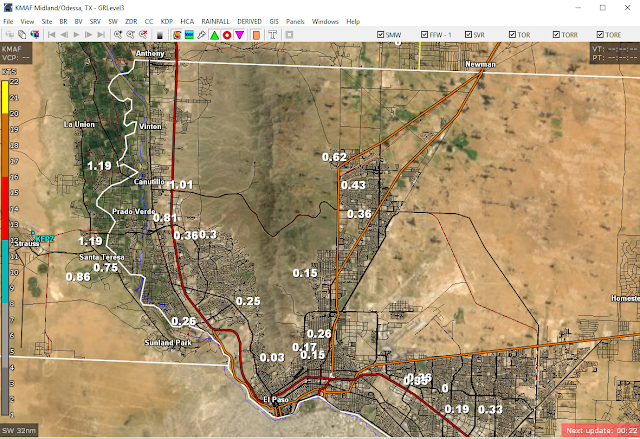 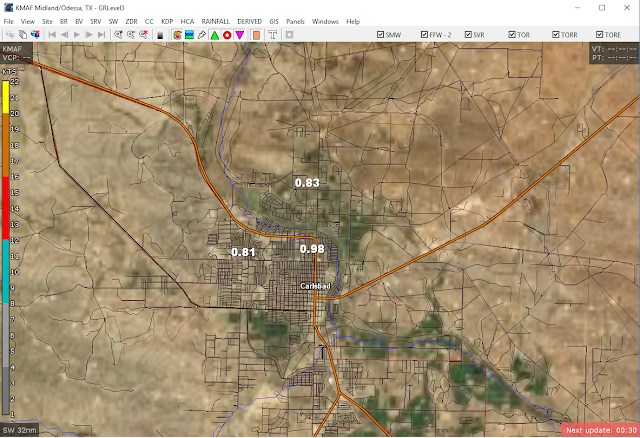 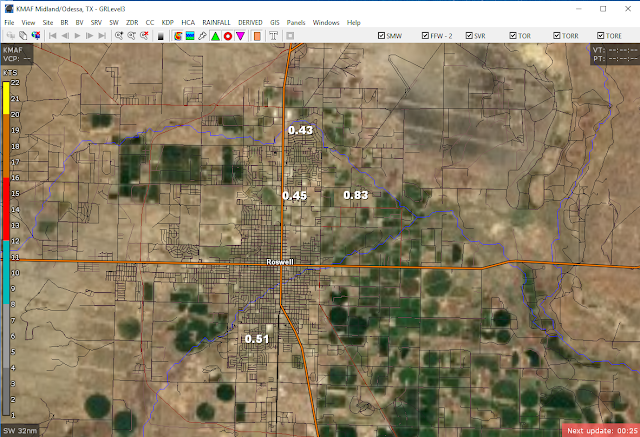 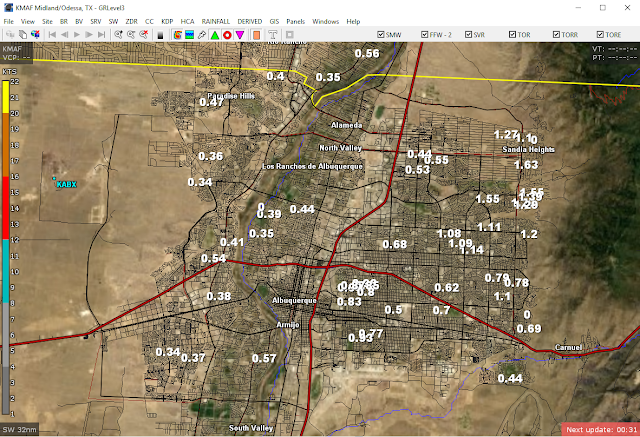 Rainfall totals were highly variable yesterday and overnight as noted in these maps above.
Using the GRLevel3_2.00 software and maps I've overlaid some of our local New Mexico and West Texas 24-Hour Rainfall Totals as depicted by the maps above. See what I'm talking about...how varied rainfall reports can be? Would you like to join a free volunteer program made up of a variety of individuals who love reporting their rainfall and snowfall reports online?

Many people have rain gauges in their backyards and love sharing their rainfall totals with their friends, neighbors, family, and local media outlets. Rarely when it rains does the same amount fall on you and your neighbor. Rainfall totals especially during thunderstorms can be quiet varied and sometimes significantly so. You may get an inch of rain at your home while only a few blocks or towns away your friends or family get nothing. Such is the nature of rainfall. Many times its simply a case of feast or famine.

During severe weather especially flash flood events its critical for the National Weather Service to obtain "ground truth rainfall observations" in order to issue or update the proper flash flood watches and warnings or local flood advisories. Your backyard rainfall reports can become a valuable asset to the National Weather Service Office serving your area. Radar is a wonder tool for meteorologists to use but sometimes it just does not get the job done...especially when heavy rains are falling in areas outside of the traditional 124 nautical mile range used to estimate rainfall totals. Your report could possibly fill the gap so to speak and give the National Weather Service critical information it is lacking in order to properly warn the public of an impending dangerous flash flood event.

I had always hoped that a program would be created where we all could share our rainfall and snowfall totals. Remember the days gone by when our local news media outlets would report the "official rainfall/snowfall totals" which more often than not were courtesy of the National Weather Service and Federal Aviation Administration (FAA). These reports consisted of Climate Co-Op stations, local airport readings, and automated weather stations. And how many times did you check you gauge and come up with a reading that was completely different? Like me often of course. These reports were not in error but they were simply too far and between many times to give a good representation of what actually fell during a storm.

Finally a workable solution to fill the gaps.

Who Uses Your Reports?

Where Can I Purchase A Good Rain Gauge?

Training Slide Shows To Show You How To Measure Rainfall/Snowfall & Hail. 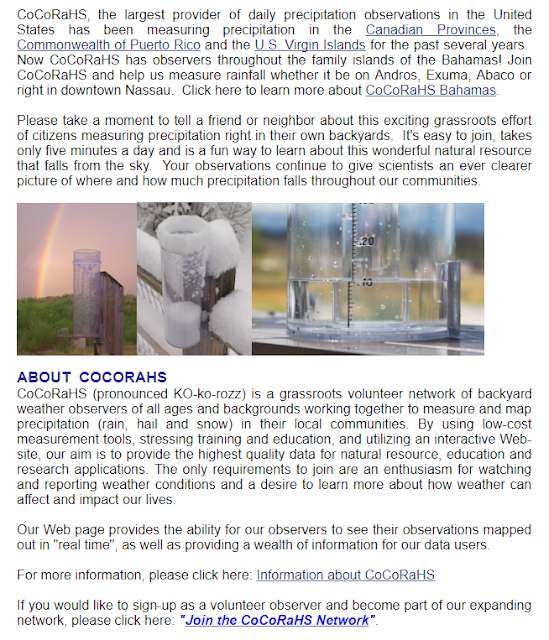 This is what your report will look like when you submit it online each day. Its quick and easy to use and your personal information is well protected and only your latitude and longitude is published as well as your general location.

The Truth Is Stranger Than Fiction!
at Saturday, August 12, 2017