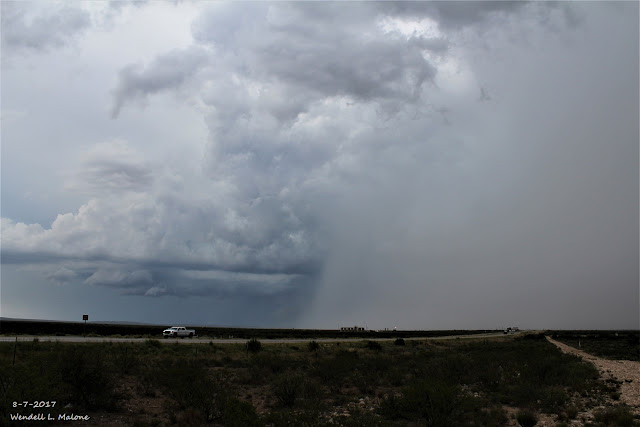 Looking North Towards Carlsbad From Just South Of The Airport. 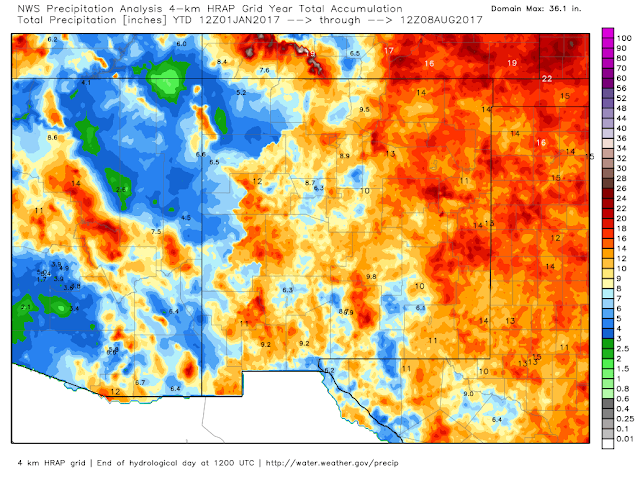 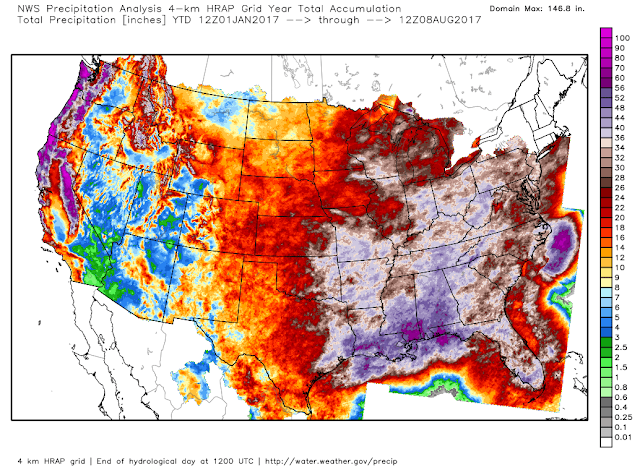 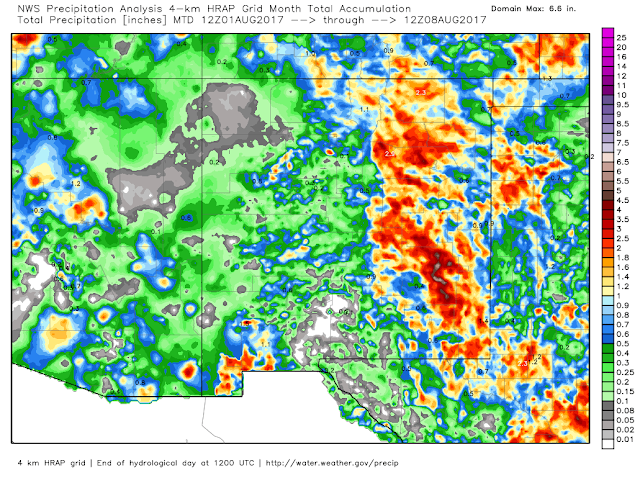 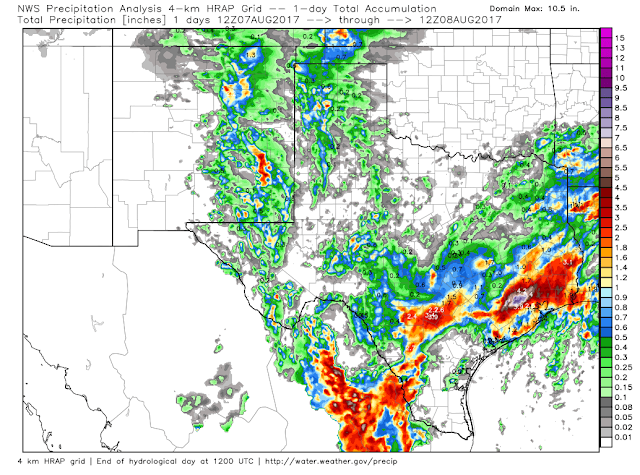 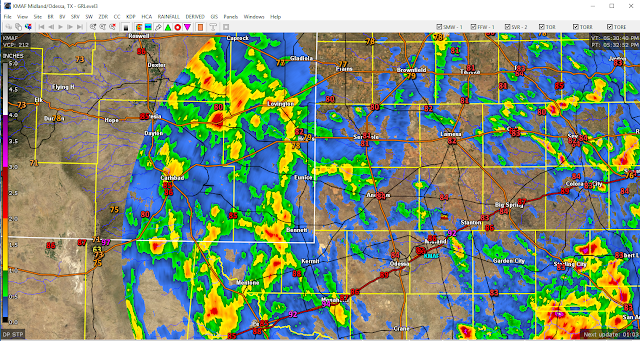 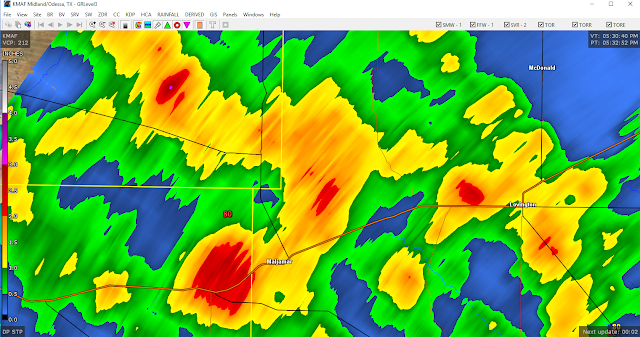 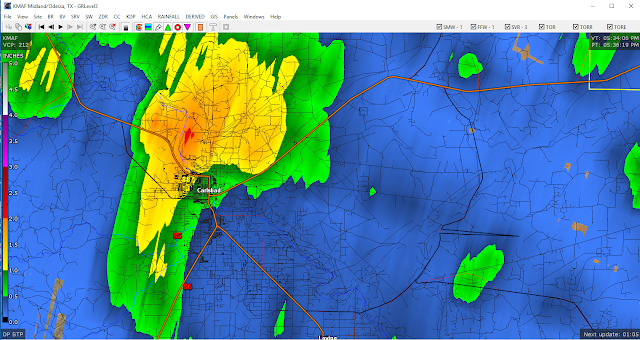 Thunderstorms erupted as predicted yesterday afternoon and continued well into the night. A few locals in northern and central Carlsbad reported totals ranging from 1.00" to 1.60". A report of 1.80" from near Brantley Lake was the highest local total measured in Eddy County...at least that I am aware of. The Queen CoCoRaHS Station reported 1.50". We ended up with .49" here at our home in NW Carlsbad and other reports varied from no rain up to 1.00". The public reported 1.50" in Hope. In Lea County the Monument CoCoRaHS Station located 1.2 miles west of the community reported 1.76".