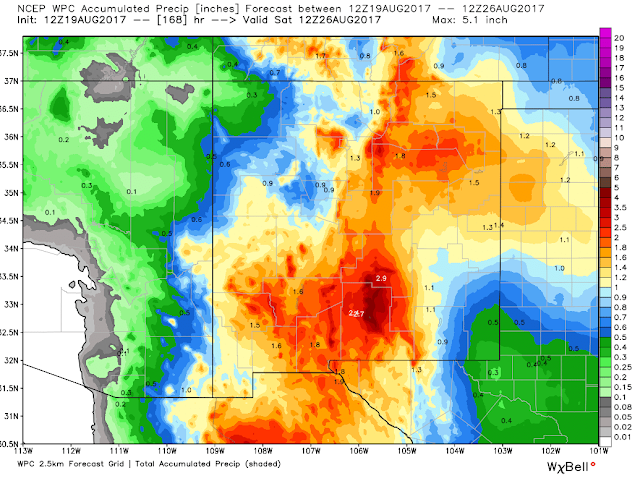 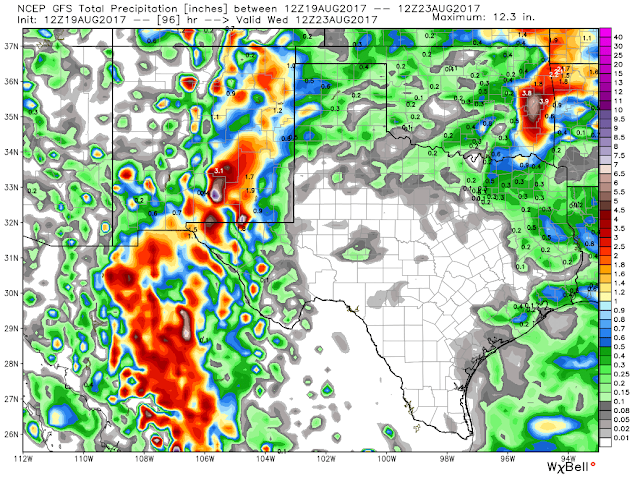 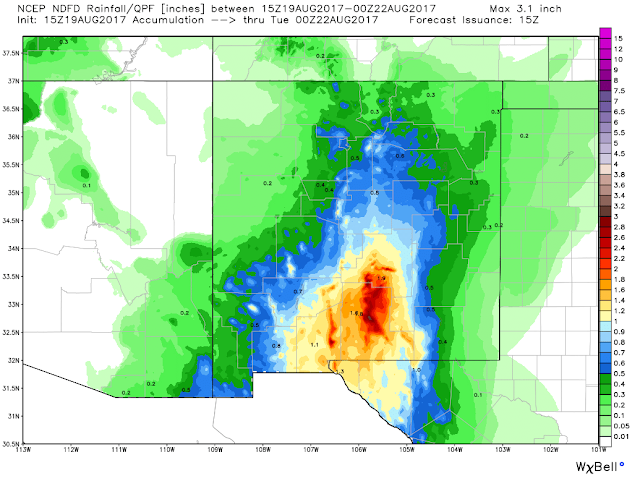 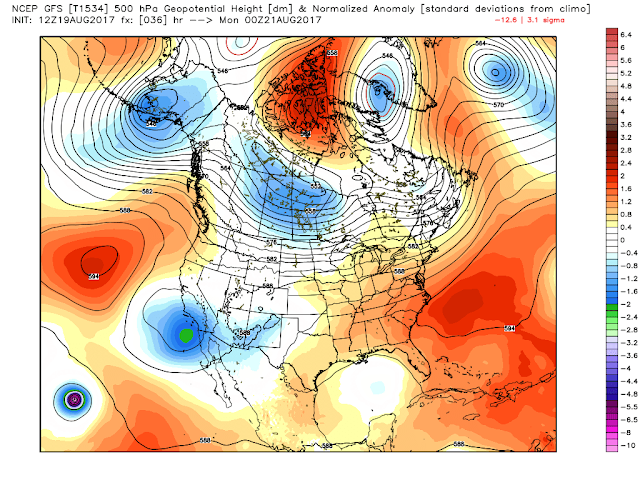 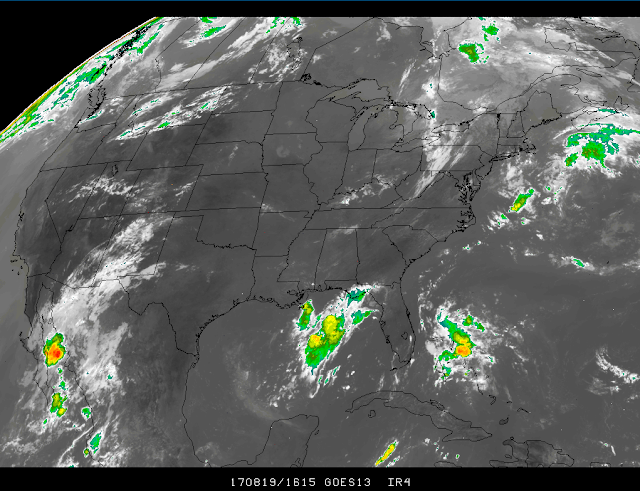 Abundant tropical moisture is being pulled northward and northeastward into New Mexico and West Texas from Mexico and the Baja Region. Southwesterly flow around a weak upper level low located off of the southern California Coast is aiding in this process, Several weak disturbances are forecast to rotate northeastward over the region today into the first of next week.

Southern New Mexico including the Sacramento mountains are slated to pick up heavy rainfall today into the middle of next week. The GFS model falls off the end of the earth in forecasting rainfall totals of 8.00" in the Queen area and 12.00" in the Cloudcroft area by Wednesday morning. I have doubts that this much rain will fall but given the tropical nature of the atmosphere and the slow movement of thunderstorms no doubt these areas will see heavy rains. This mornings run of the Weather Prediction Centers Rainfall Model (WPC) predicts 2.00" to 5.00" over the Sacramento mountains and 2.00" over the Guadalupe's today into Wednesday. Flash flooding will be a concern today into at least Monday. 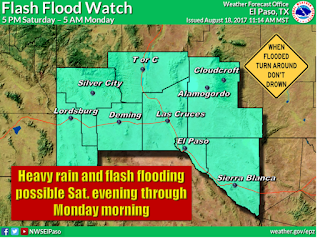 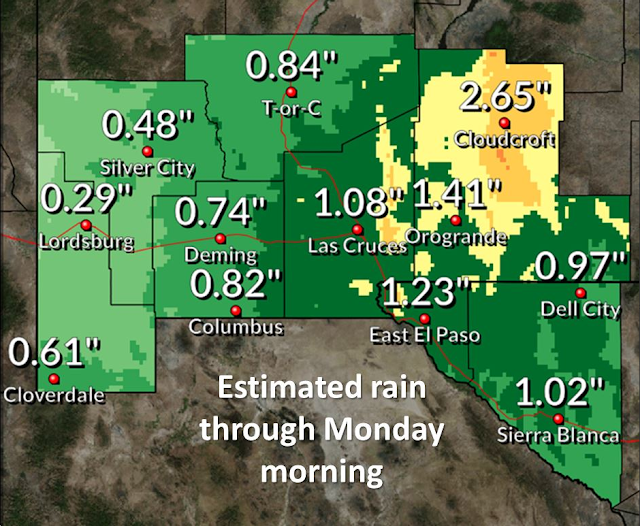 Heavy Rain In The Guadalupe's May Cause Flash Flooding Tonight. 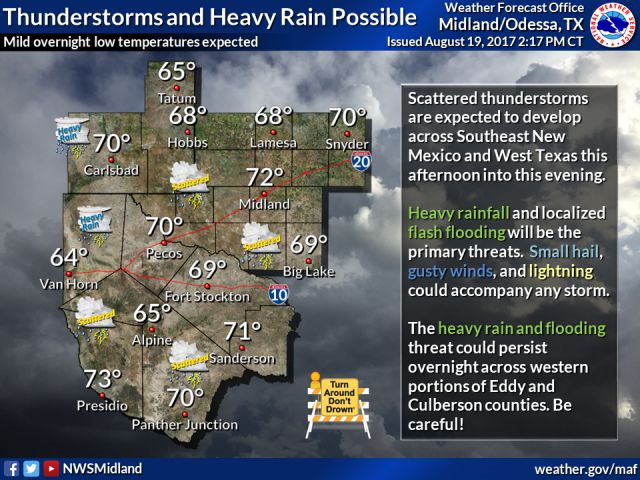 Heavy rains are forecast for the areas highlighted above. General rainfall totals of .50" to 1.50" are forecast with isolated 2.00" to 4.00" totals possible in the Sacramento mountains by Monday morning.

Notice that Southeastern New Mexico is just on the edge of the heavier rainfall forecasts with the heaviest rains currently forecast to fall over the mountains to our southwest through northwest. It wouldn't take much of a shift eastward to bring these heavy rains into the Pecos Valley. And any heavy to excessively heavy rains that do fall over the east face and slopes of the Guadalupe, Sacramento, and Capitan mountains will runoff into the arroyos in the Pecos Valley so Flash Flooding may become a concern for some of us also. 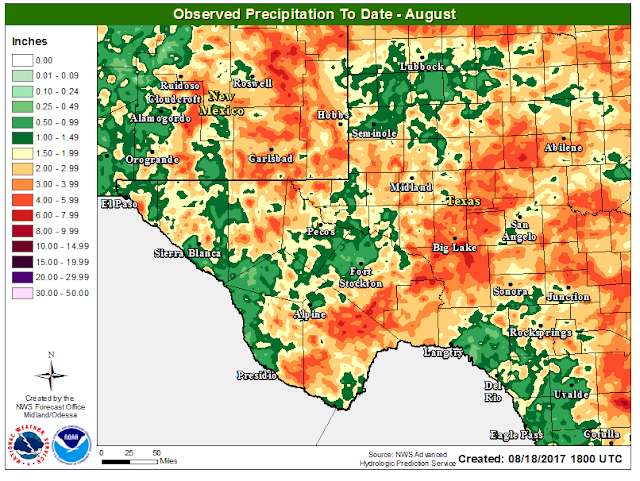 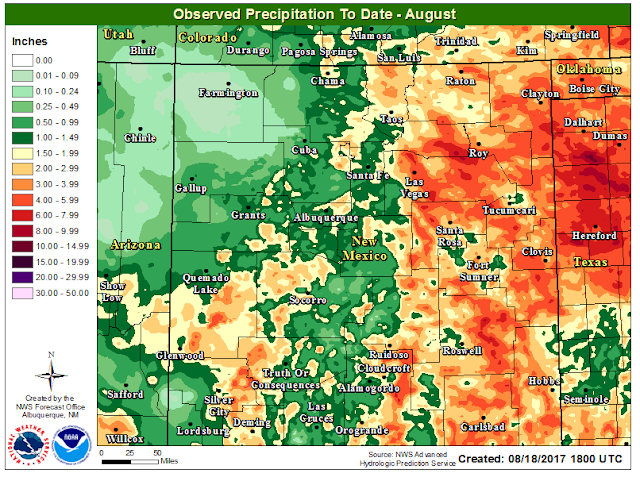 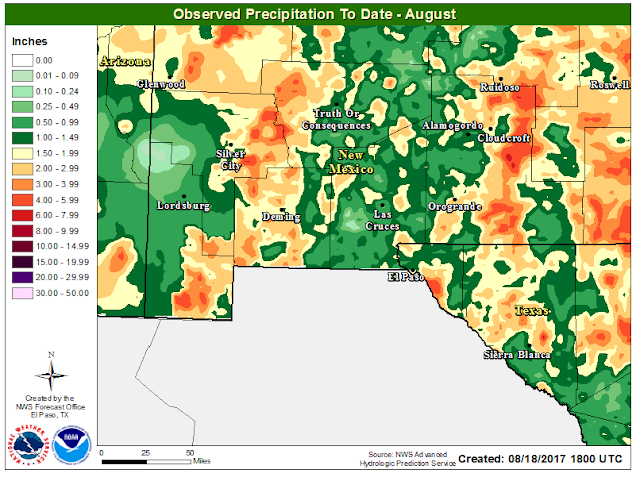 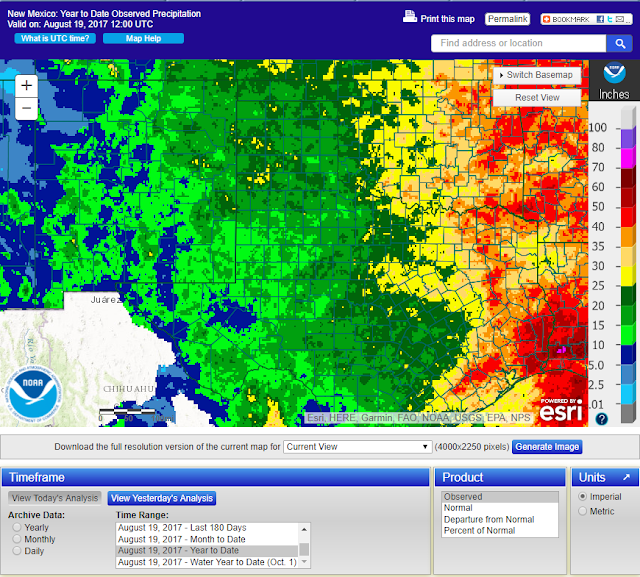 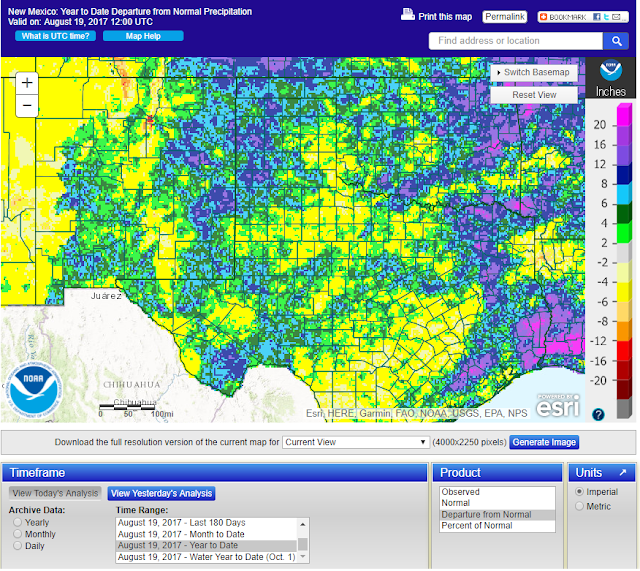 The Truth Is Stranger Than Fiction!
at Saturday, August 19, 2017