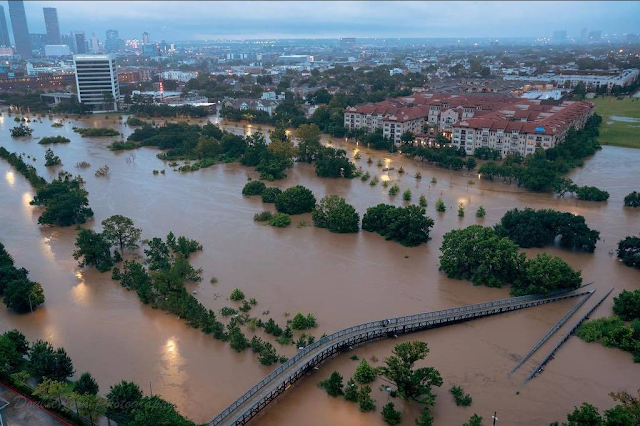 Courtesy Of DoubleHorn Photo In Houston, TX.
Visit His Photo Web Page Via This Link. 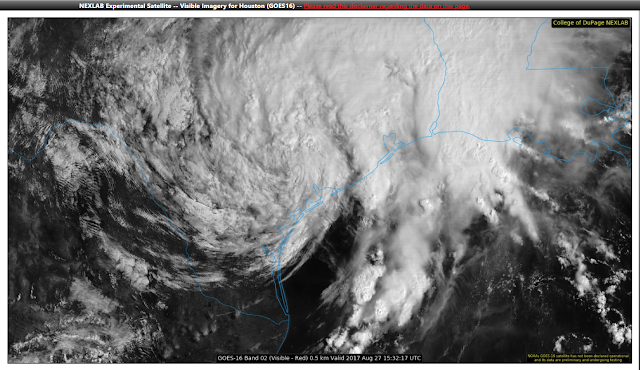 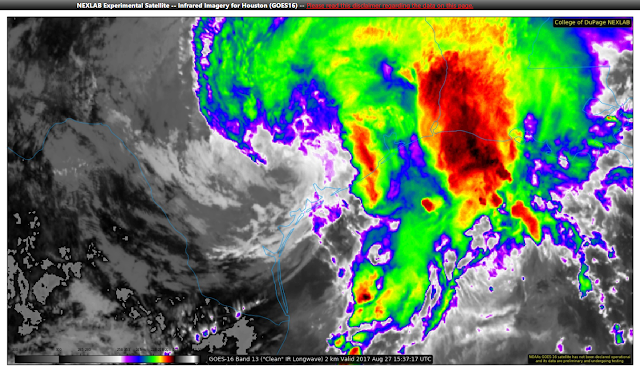 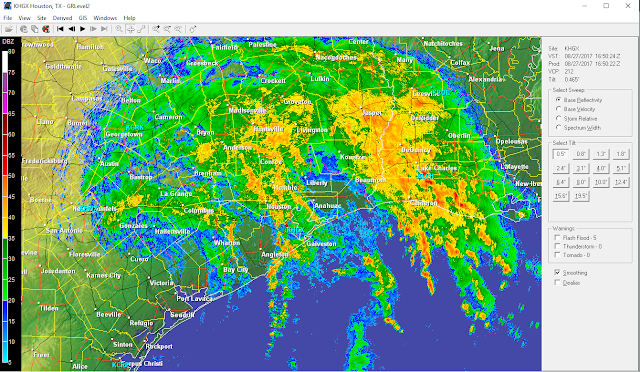 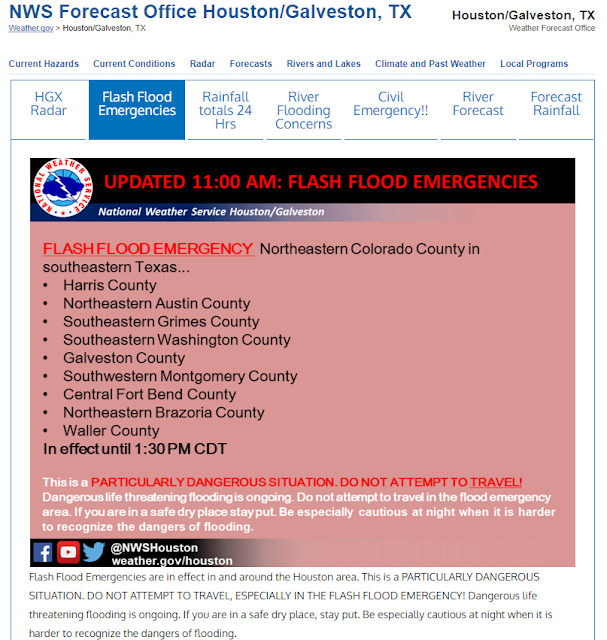 Red Circles Are Bayous, Rivers, Creeks That Are Flooded Out Of Their Banks. 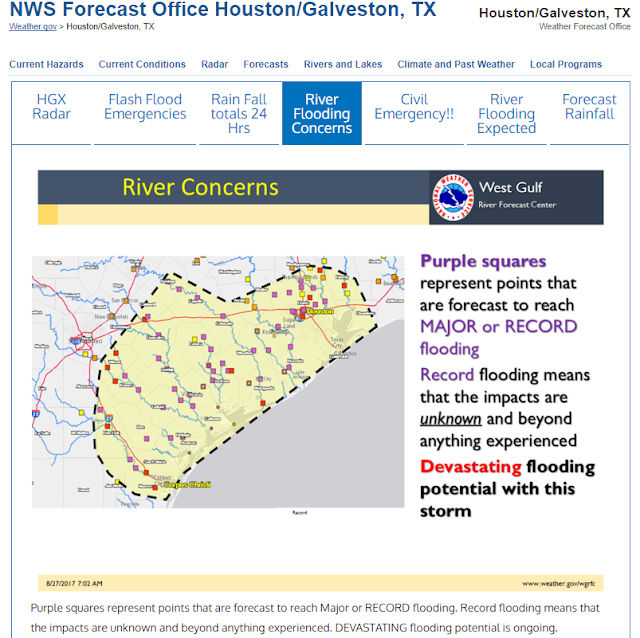 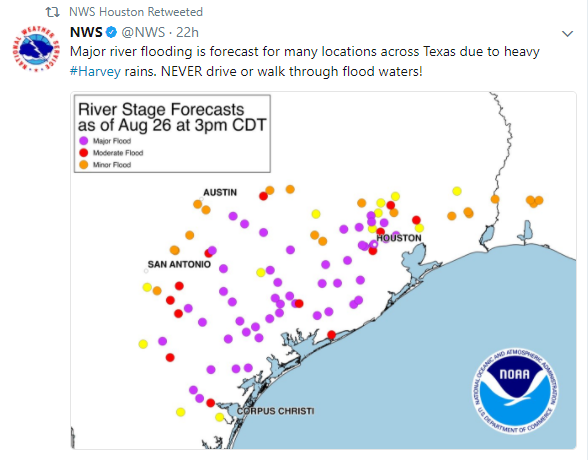 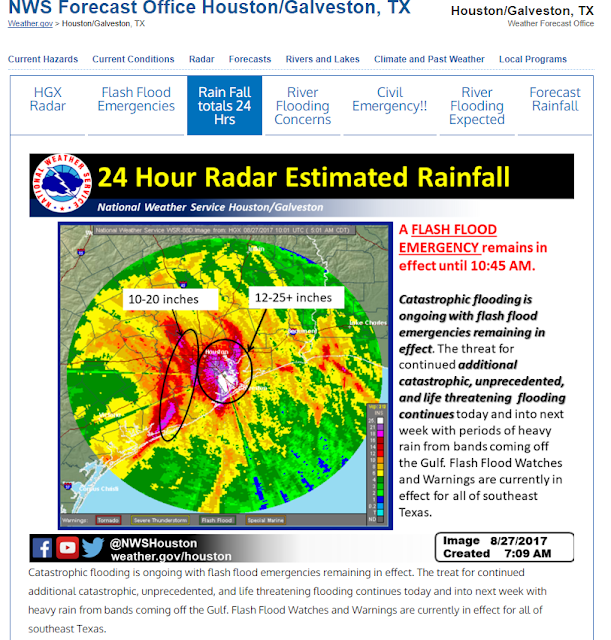 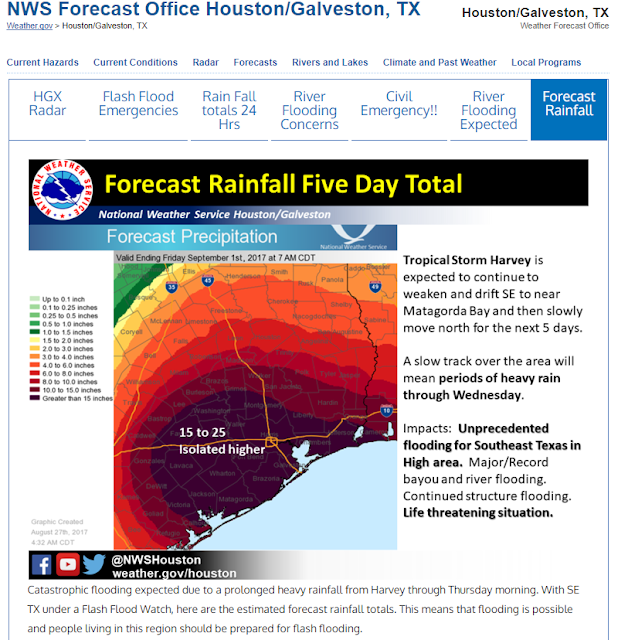 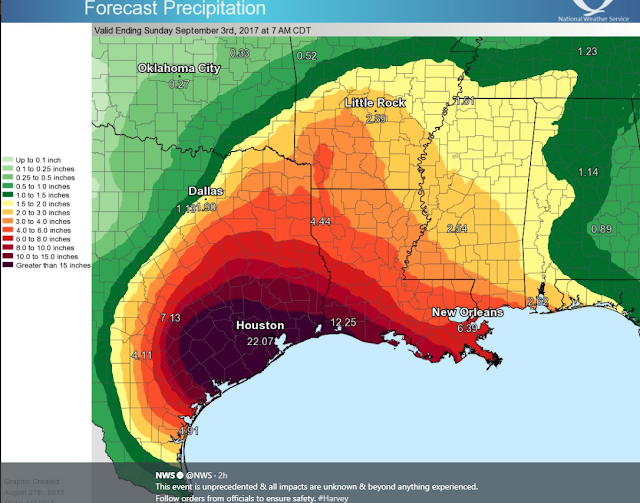 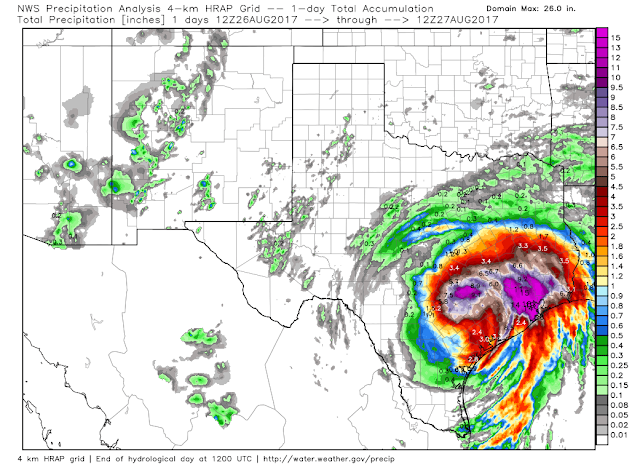 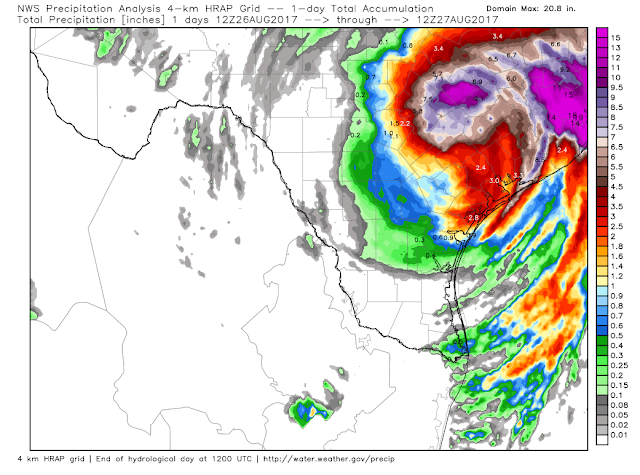 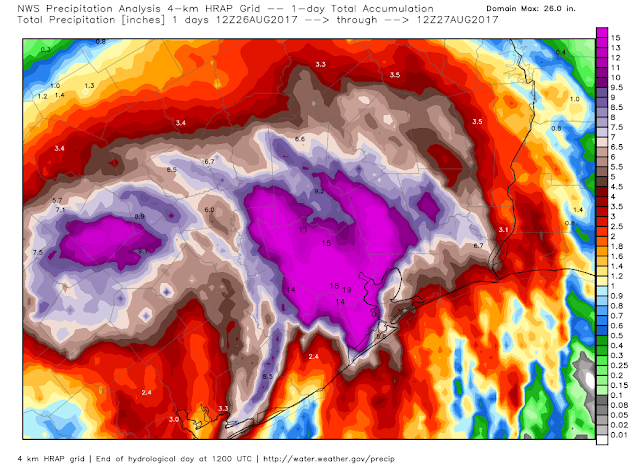 This Event Is Unprecedented And All Impacts Are Unknown And Beyond Anything Experienced!
(Direct Quote From The Houston/Galveston, Texas National Weather Service Office).

24-Hour rainfall totals in Harris County and in and around that area as of 8 AM CDT this morning ranged from around 10 inches to as high as 28 inches! Local Emergency Management Officials are reporting that south Houston has picked up 15 inches of rain in the past 3 hours! Rain was falling at the rate of 3 to 7 inches per hour! Average rainfall for Harris County for the past 24-Hours is nearly 14 inches. National Weather Service forecasts were calling for rainfall totals of up to 35 inches by noontime today.
Astonishingly another 15 to 25 inches of rain is forecast to fall over this areas over the next five days! Unbelievably the NOAA's Weather Prediction Center (WPC) is forecasting isolated totals of an additional 50 inches!

Over 2,000 calls for rescues have occurred in the Houston area since 9 PM CDT last night. Over 1,000 people have been rescued. Local Emergency Management Officials are asking residents not to seek shelter in their attics but instead get to their roofs if possible. 911 Call Centers are overwhelmed with calls of people pleading for help and rescues. Widespread catastrophic flooding is ongoing and will only get worse with time with the additional rainfall today and over the next couple of days! Dams in the area are becoming stressed and are in danger of being overwhelmed and failing.

This event will breaks all records for flooding in this area of Texas and could go down in history as the worst flooding event of all-time in Texas! The Unprecedented Life Threatening Catastrophic Flooding that is ongoing in the Houston area will eclipse the flooding event that Tropical Storm Allison produced in 2001. 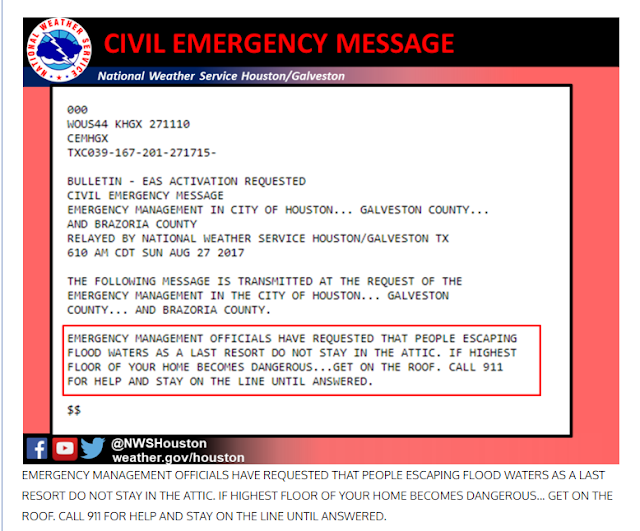 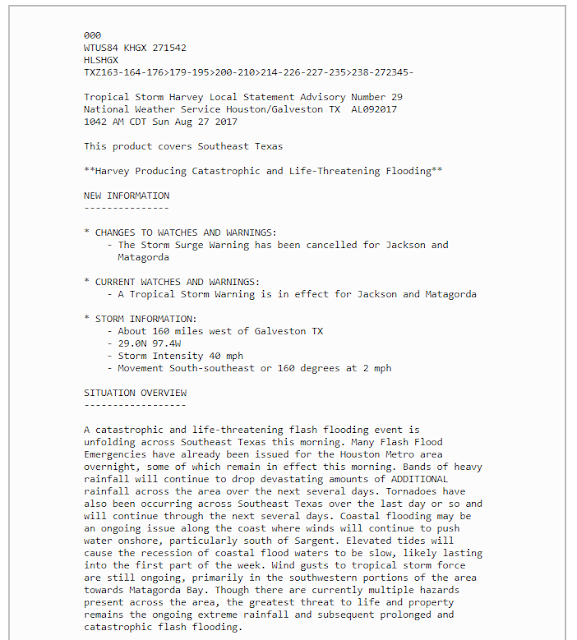 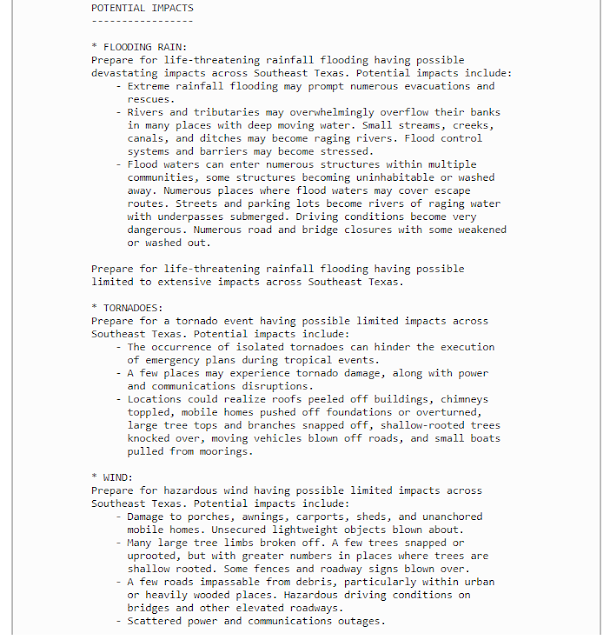 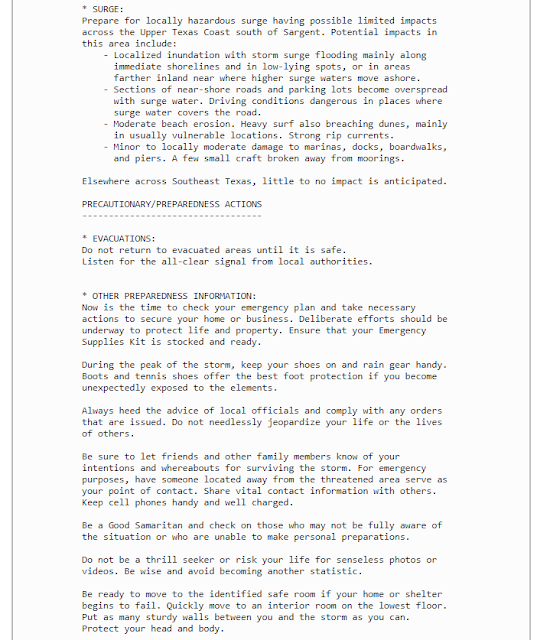 Harvey Forecast To Re-Emerge Out Into The Gulf Of Mexico. 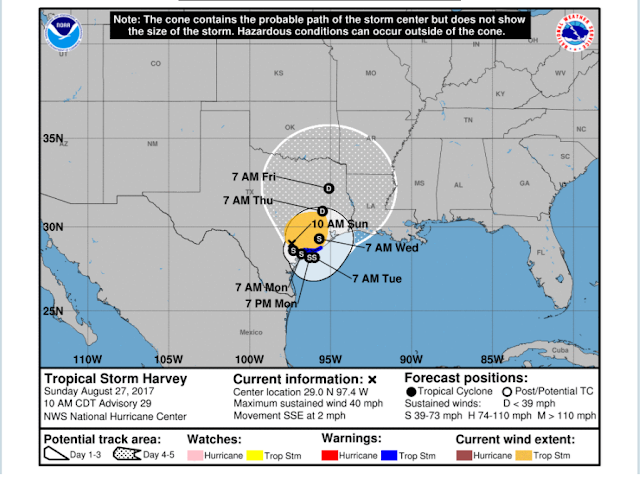 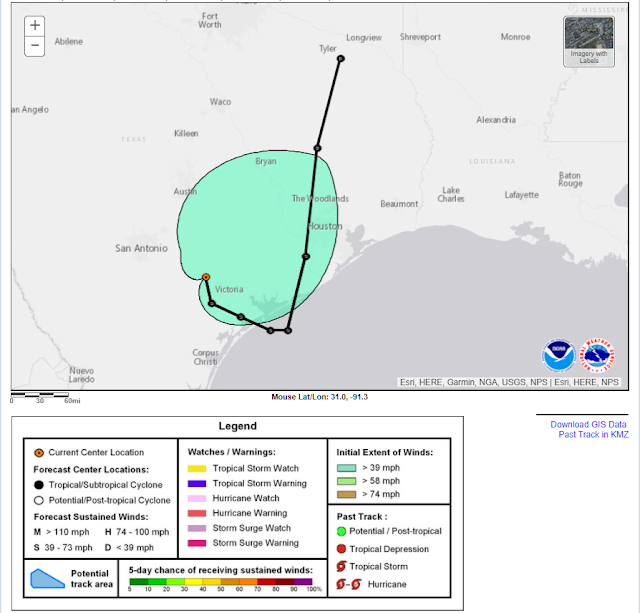 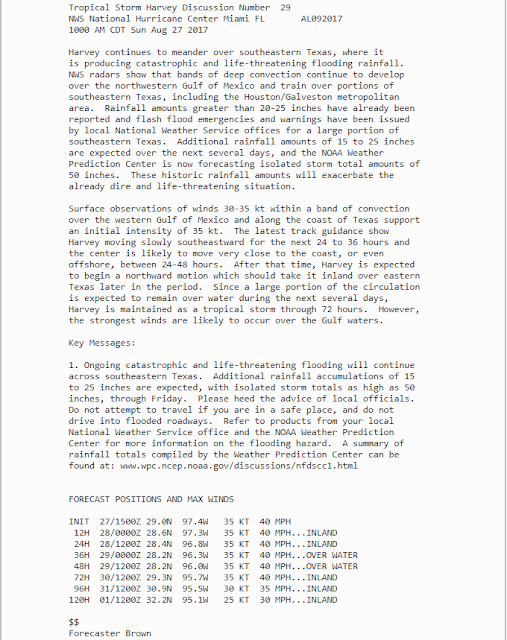 It Gets Worse - U.S. GFS Model Forecasts Harvey To Re-Emerge Over The Gulf Of Mexico By Monday. 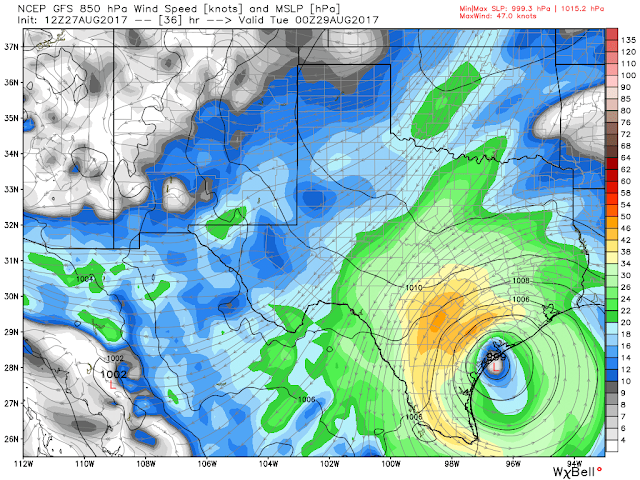 The Truth Is Stranger Than Fiction!
on August 27, 2017
Posted by Wendell Malone