Cold Front Brings More Rain & A Hurricane In The Gulf Of Mexico By Midweek? 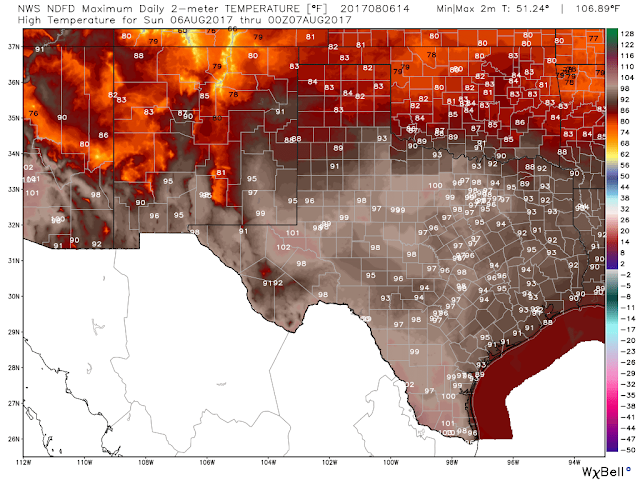 Once again parts of Southeastern New Mexico and West Texas will be flirting with the 100ºF mark today. Record high temperature for Carlsbad and Artesia is 105ºF set in 2015. The Carlsbad and Roswell airports reached 107ºF that day also. It will be hot and a little on the muggy side but we won't see any records broken today. 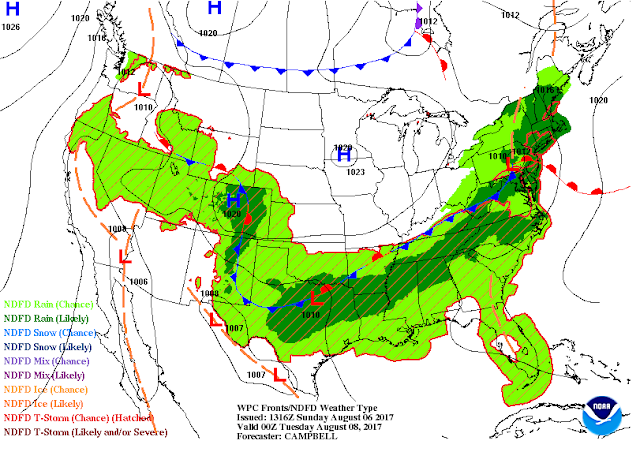 Yet another southward moving cold front is forecast to enter the area late this afternoon into tonight. Not only will this front bring cooler temperatures Monday and Tuesday it will also act as a focus for the development of showers and thunderstorms this afternoon into Tuesday. Some of which will be heavy. 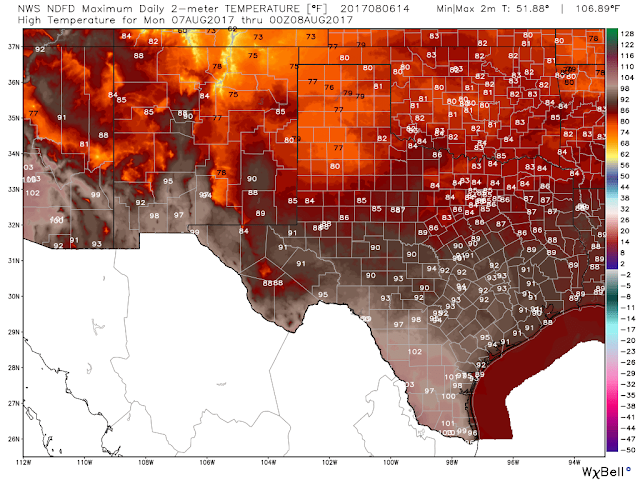 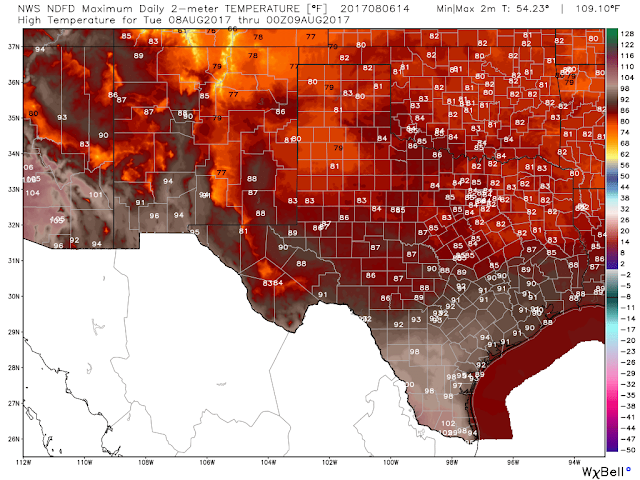 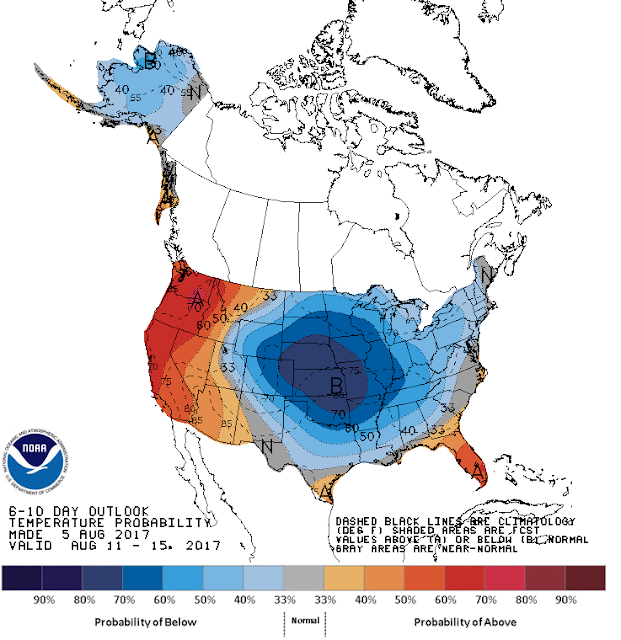 Overall our temperatures over the next 10 days are forecast to be cooler than normal.

Time To Get Wet Again. 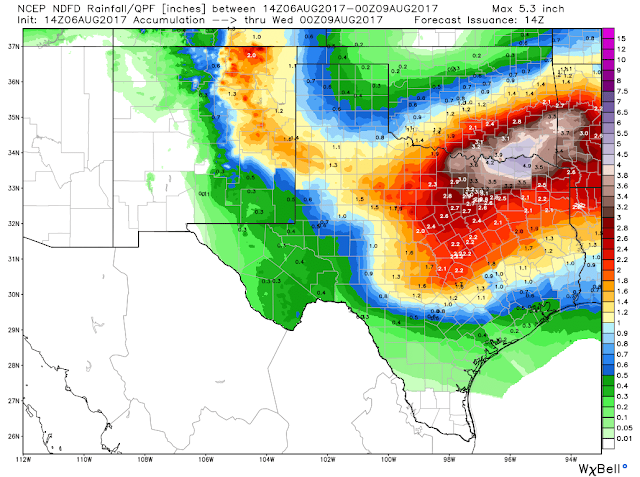 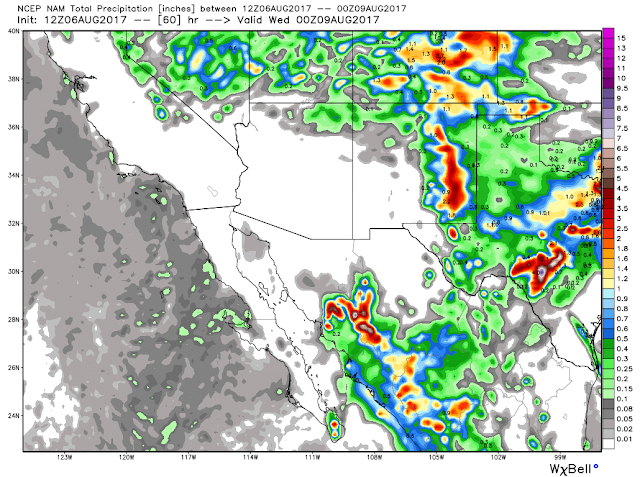 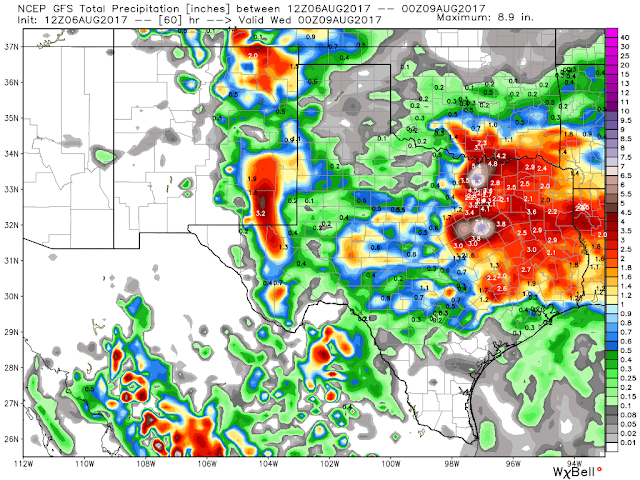 This mornings 12Z or 6 AM MDT run of the NAM forecast model gets a little energetic with its storm total rainfall forecasts with generally 1" to 4" totals by Tuesday evening over the local area.

This mornings GFS model has a similar idea with heavy rainfall widespread across the local area generally in the  1" to 4" range.

Thunderstorms are forecast to ramp up this afternoon and evening as the cold front approaches from the north. A large complex of thunderstorms known as a Mesoscale Convective System (MCS) may form over the eastern plains and move south and southeast this evening into the local area.

Locally heavy rainfall may lead to localized flash flooding this afternoon into Tuesday. 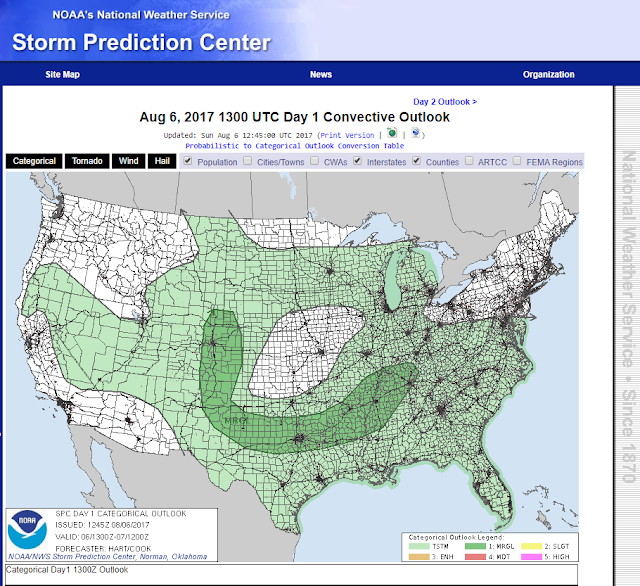 A Marginal Risk for a few severe thunderstorms will occur over northeastern and eastern New Mexico today. Large hail, damaging thunderstorm wind gusts, deadly cloud to ground lightning and locally heavy rains which may cause localized flash flooding will be the primary hazards. 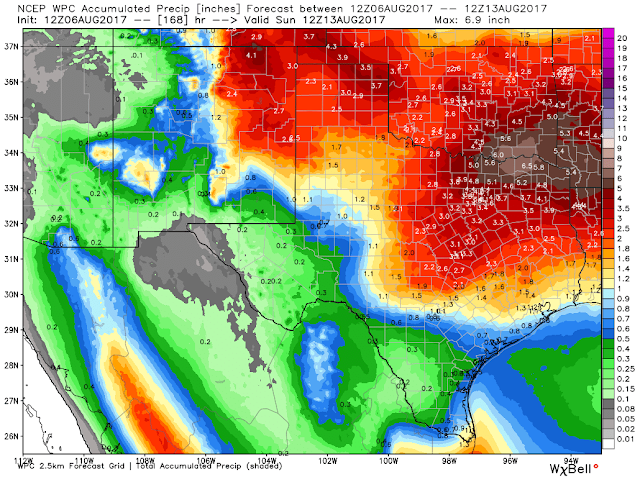 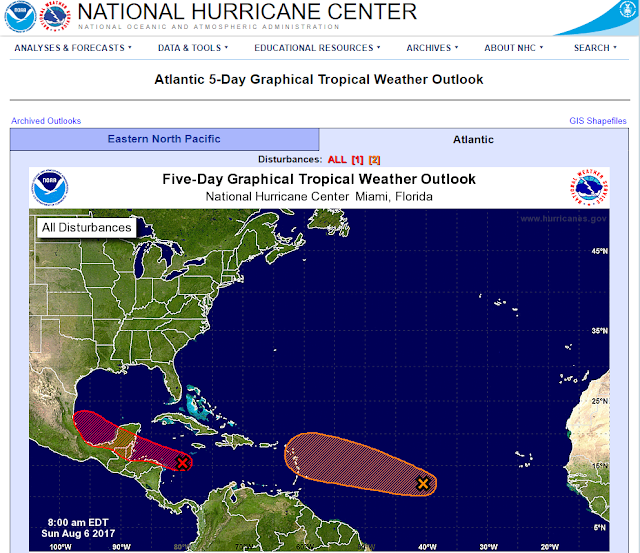 Two tropical systems are being watched for further development by the NHC today. Of concern is Invest 90L located southeast of the Yucatan Peninsula this morning. It is forecast to strengthen as it tracks northwestward and heads towards the Yucatan Peninsula and then enters the Bay of Campeche. 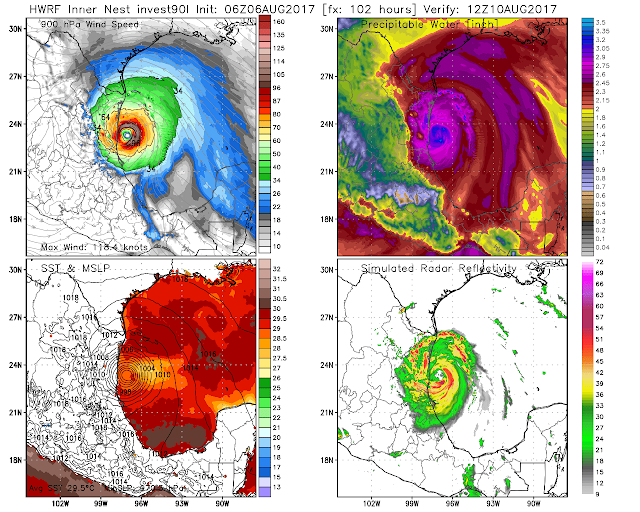 Valid At 6 AM MDT Thursday.

Last nights 06Z/Midnight MDT run of the HWRF model intensifies 90L into a Category 4 Hurricane with sustained winds of 118 knots or 136 mph as it makes landfall south of Brownsville, Texas near sunrise next Thursday morning. 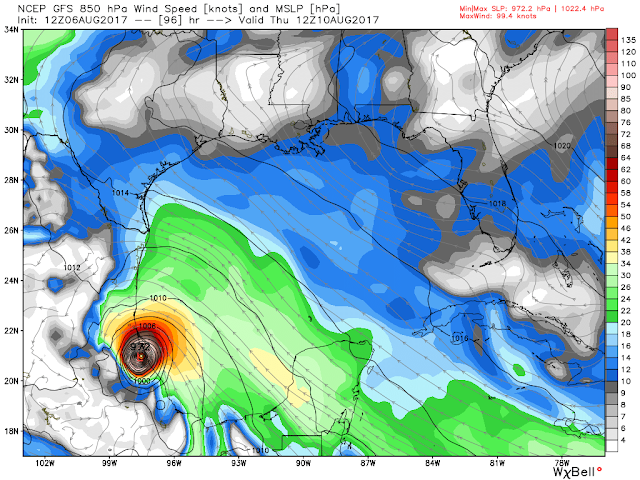 This mornings run of the GFS model has a similar forecast with a slightly weaker Hurricane a little further south by sunrise next Thursday.

Word of caution here...take these forecasts with a huge grain of salt since we don't officially even have a tropical storm yet. However anytime a tropical storm or hurricane forms in the Gulf of Mexico we pay close attention to where they end up. Because sometimes their remnant moisture will spread into the state and area. Sometime to watch for sure.