Up & Down On Our Temps Next Week. 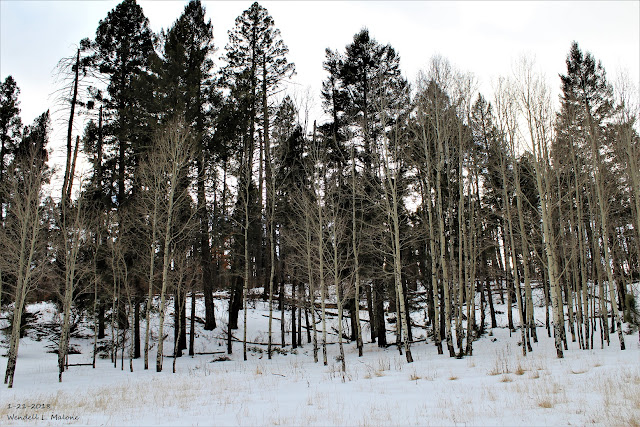 Thus far this winter season the Cloudcroft, New Mexico (8,660') Climate Co-Op Station has recorded a grand total of 15.2" of snowfall. There are some days with missing data but this total is close to what the CoCoraHS Station (0.4 ESE) has recorded so far for the season (14.0").

Ski Apache west of Ruidoso with a base altitude of 9,600' has only had 22.5" of snowfall for this winter season to date. They average 180" seasonally. 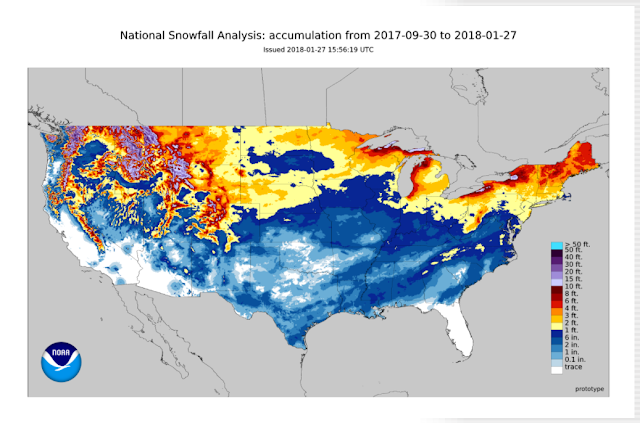 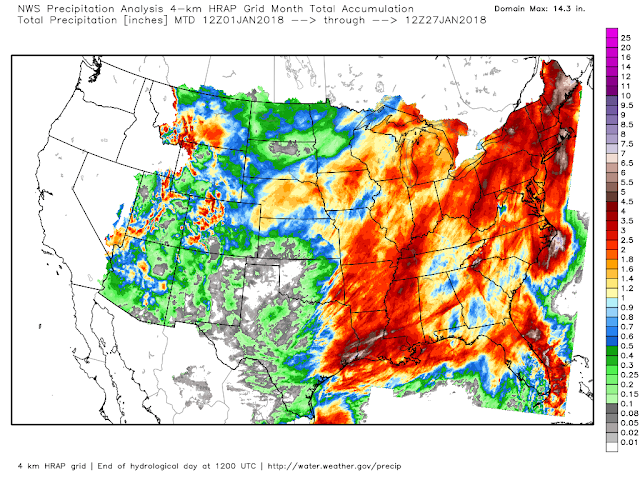 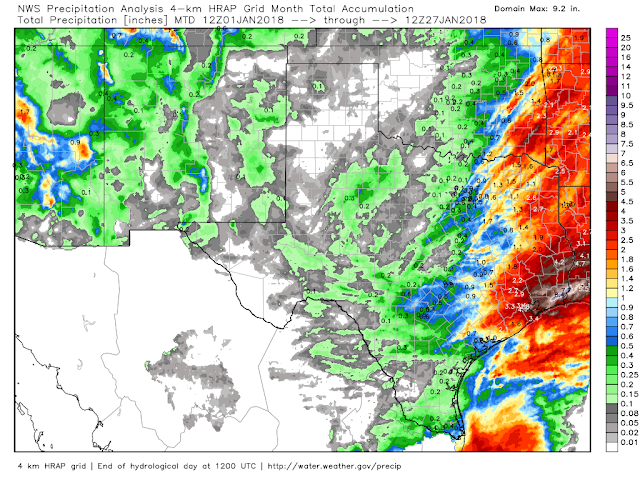 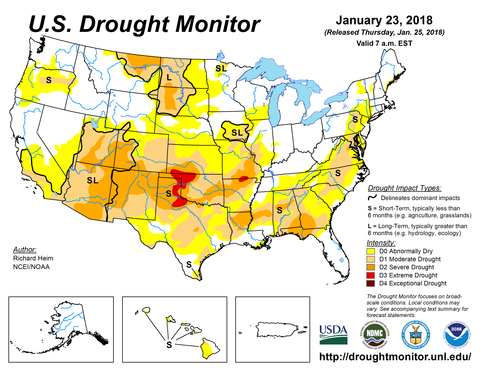 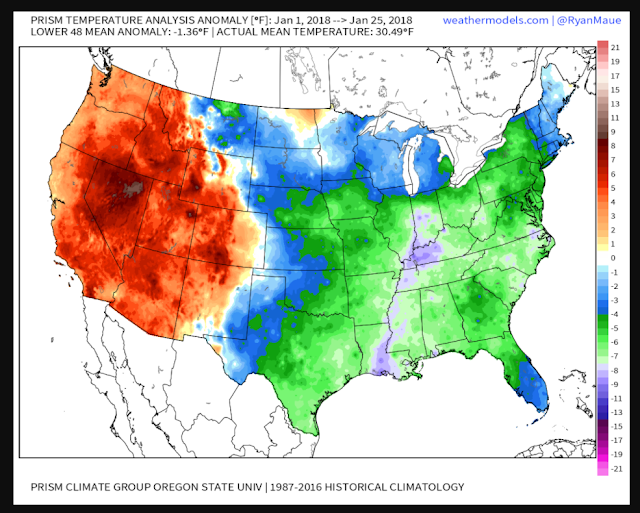 There continues to be a rather sharp contrast in temperature anomalies across New Mexico this month. East of the mountains the eastern one third of the sate remains below normal. West of the mountains most of the rest of the state is averaging above normal. Arctic cold fronts moving south down the east face of the Rockies has kept the eastern plains colder than normal while for the most part they have been too shallow to penetrate very far west of the central mountain chain. 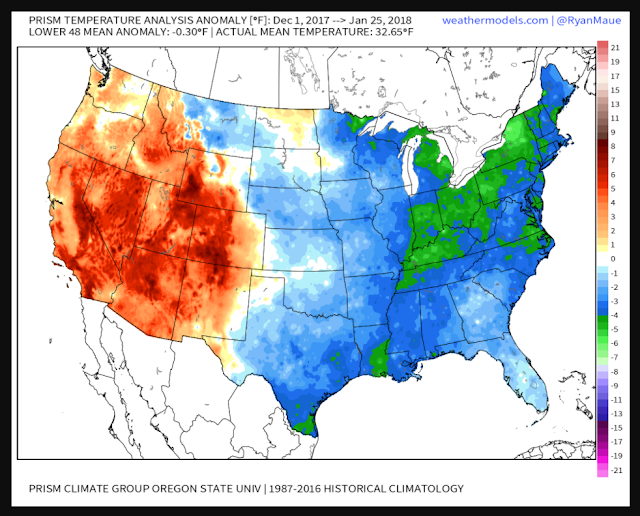 Overall the coldest outbreaks of arctic air were felt across the eastern on third of the state from just after Christmas into the first ten days or so of this month. We've had a couple of other arctic fronts that have moved into the local area but none as strong as the fronts mentioned above. To date we are averaging close to normal for the winter average temperature-wise. With long range models and teleconnections forecasting more invasions of cold arctic based air masses to affect the local area from next weekend into at least the middle of February this may change. 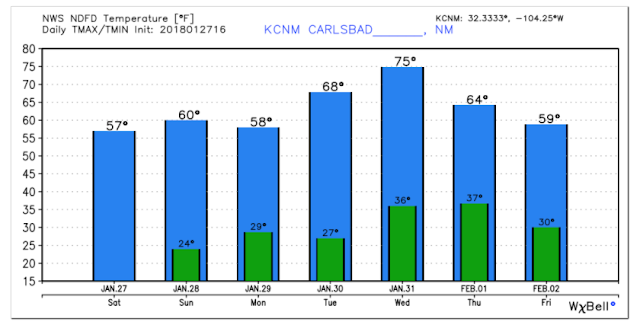 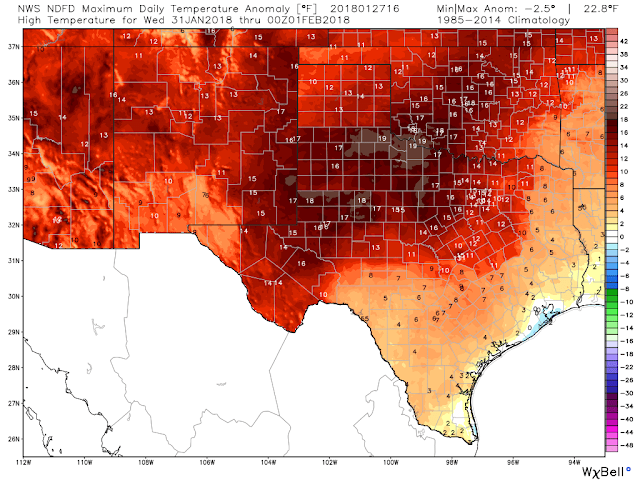 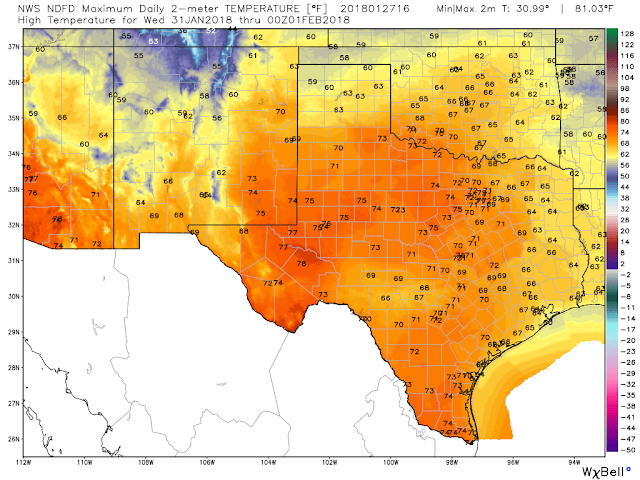 Our temperature roller coaster ride continues next week. No precipitation in site either. 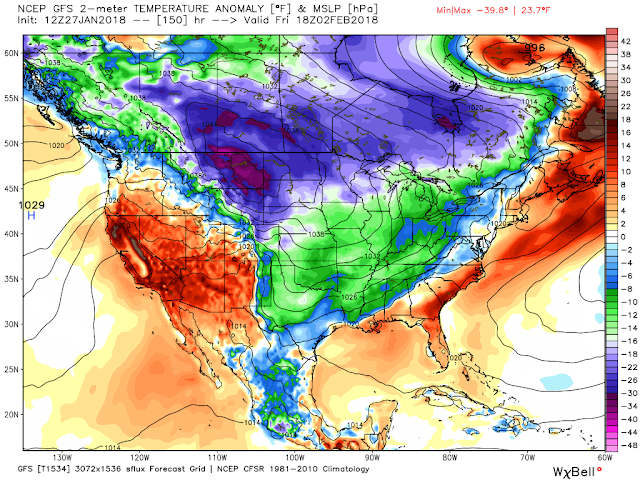 As has been the case for most of this winter yet another shot of arctic air is forecast to invade the eastern one third of New Mexico by Thursday night into Friday.

Anniversary Of The -100ºF Wind Chill In McGrath, Alaska. 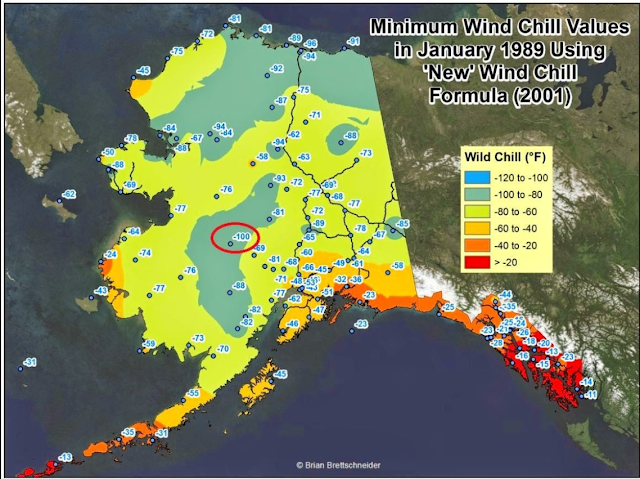 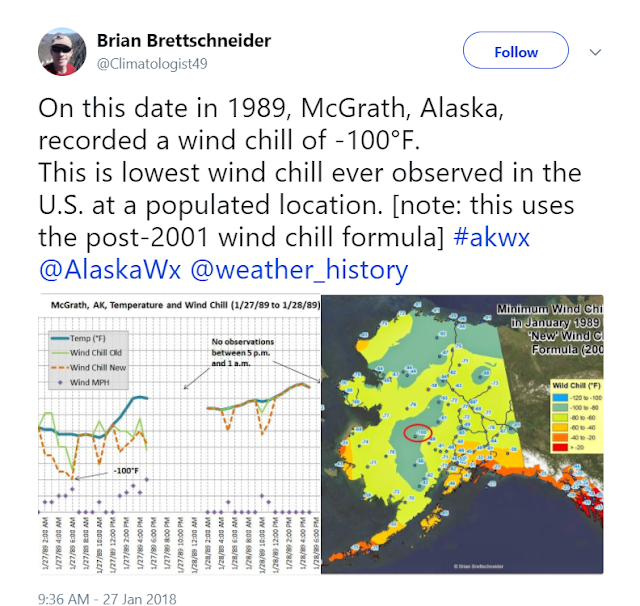 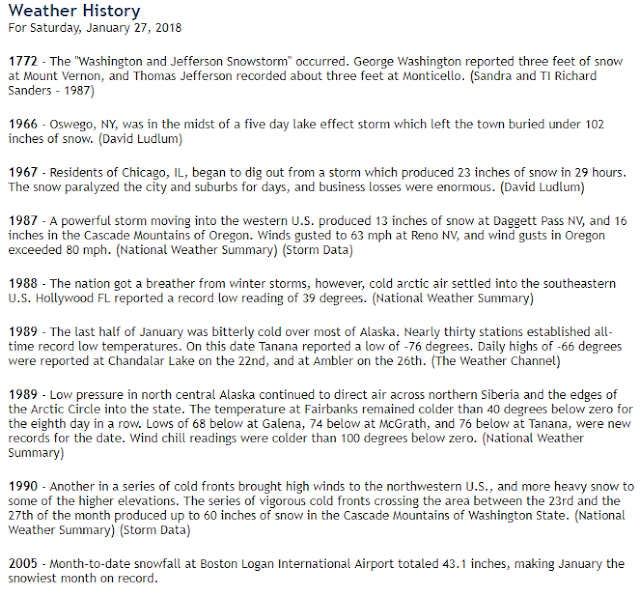