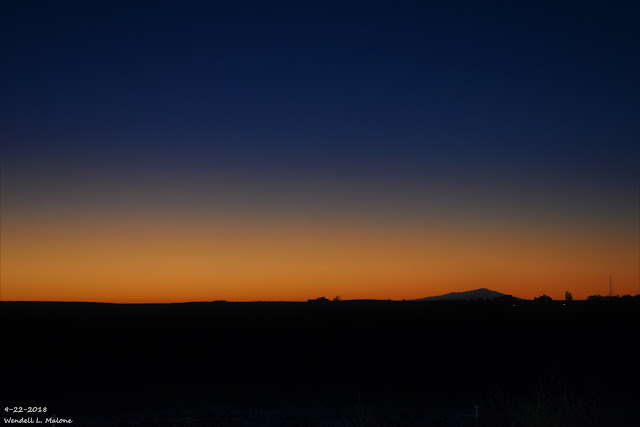 Coolest Morning Since May 5th. 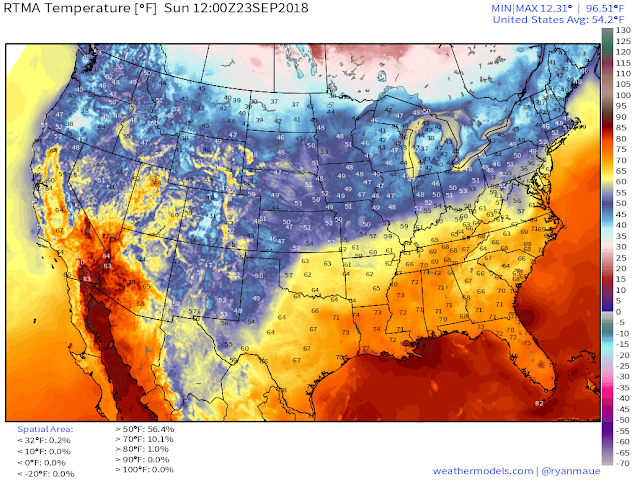 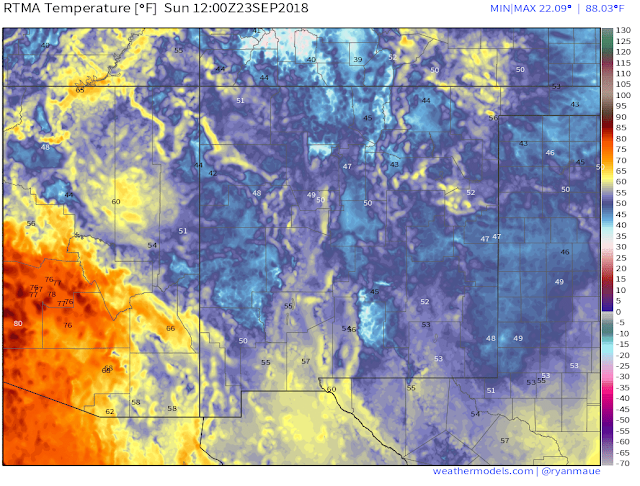 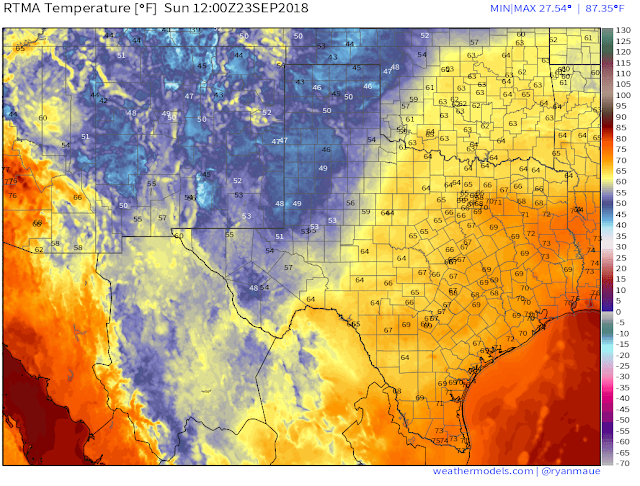 Reported Low This Sunday Morning.
(As Of 10 AM MDT). 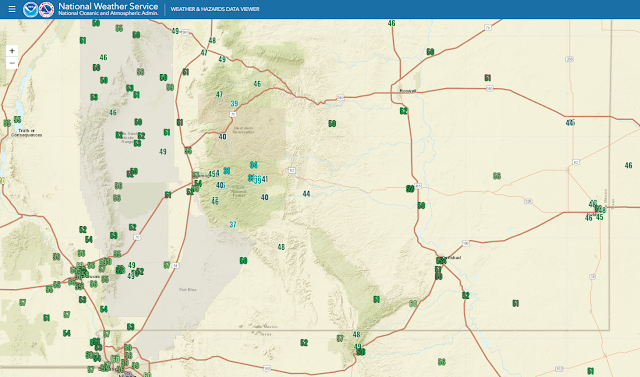 Locally we had our coolest morning of this fall season this morning. Our lows once again dipped down into the 50's across the Southeastern Plains. The mountains saw lows in the 30's and 40's.

A few of the colder readings reported include: 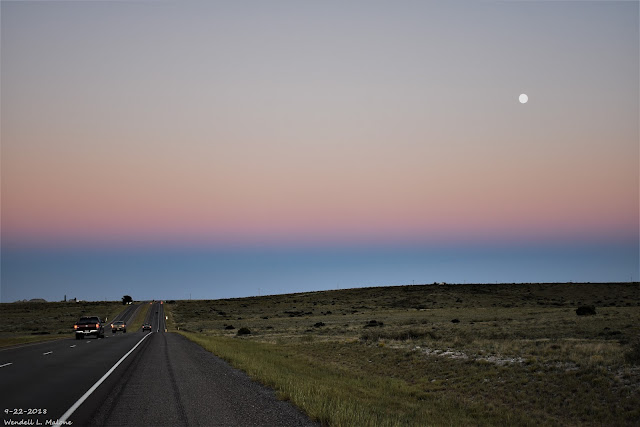 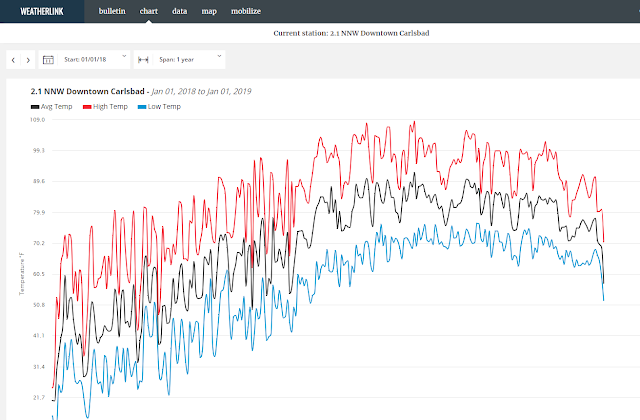 Here at our home in northwest Carlsbad we dipped down to 52º this morning. This is the coolest low temperature since May 5th when we recorded a low of 51º. The Carlsbad Airport ASOS reported a low temperature this morning of 51º which is their coolest morning low since May 5th when a low over 48º was noted. This is the time of the year when we see cool mornings lows but our afternoon highs are still fairly warm. 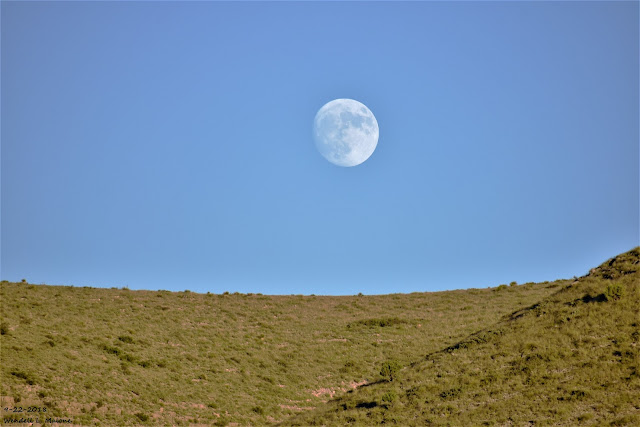 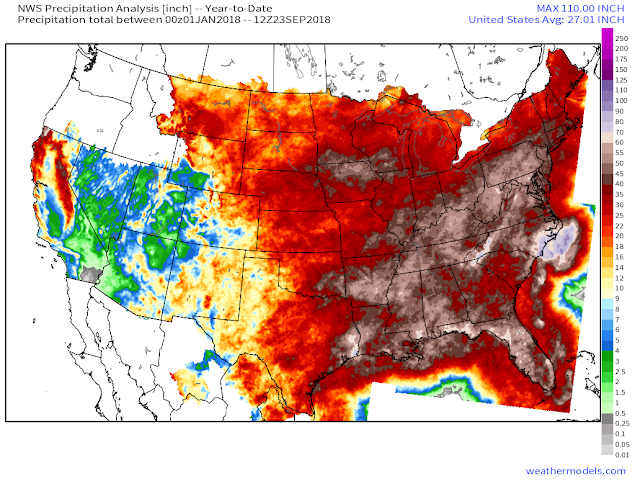 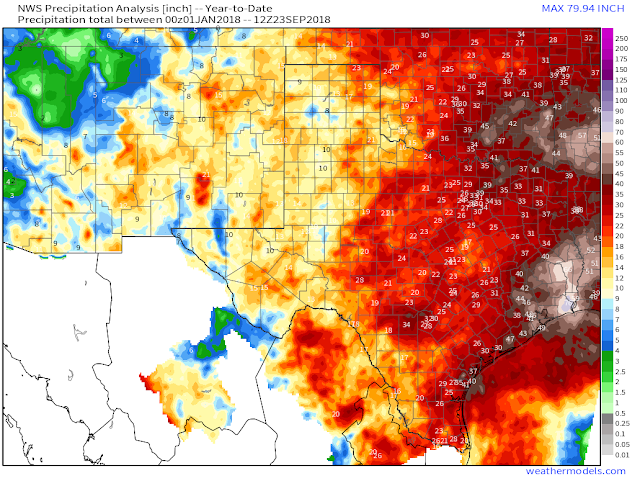 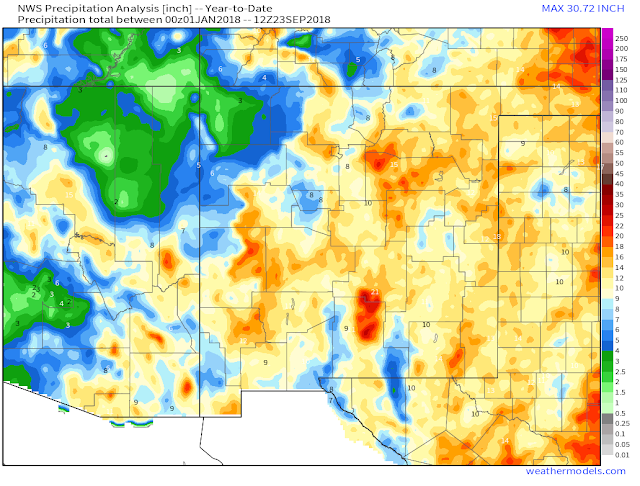 These graphics are somewhat misleading in that locally they show more rainfall to have fallen than has been measured in some spots. A case in point is here at our home in northwestern Carlsbad. So far for September I've recorded 1.79" which is slightly above the Carlsbad Climate Co-Op Stations long term average of 1.67". However for the year I've only managed to measure 4.87" in our rain gague. Which compared to the long term average to date for the Carlsbad Climate Co-Op Station (10.37") is 5.50" below average to date.

Much of New Mexico had average to above summer monsoon rainfall but this isn't the case locally. The Carlsbad Climate Co-Op Station has measured 1.89" so far this month compared to an average to date of 1.67". This brings the station total for the year to 6.98" compared with the long term average to date of 10.37". That station located 6 miles southeast of my station has had 2.11" more rainfall than my gauge but is still some 3.39" below average for the year so far. 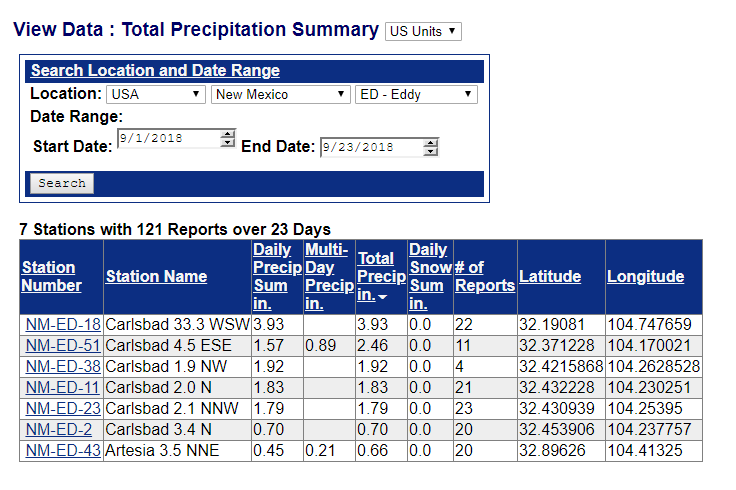 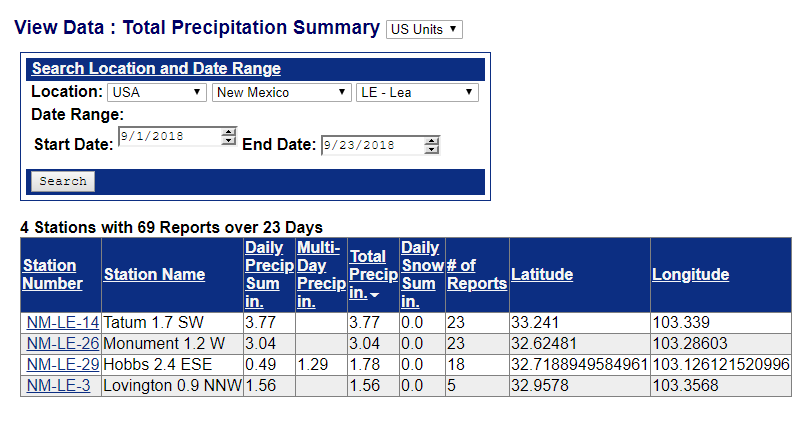 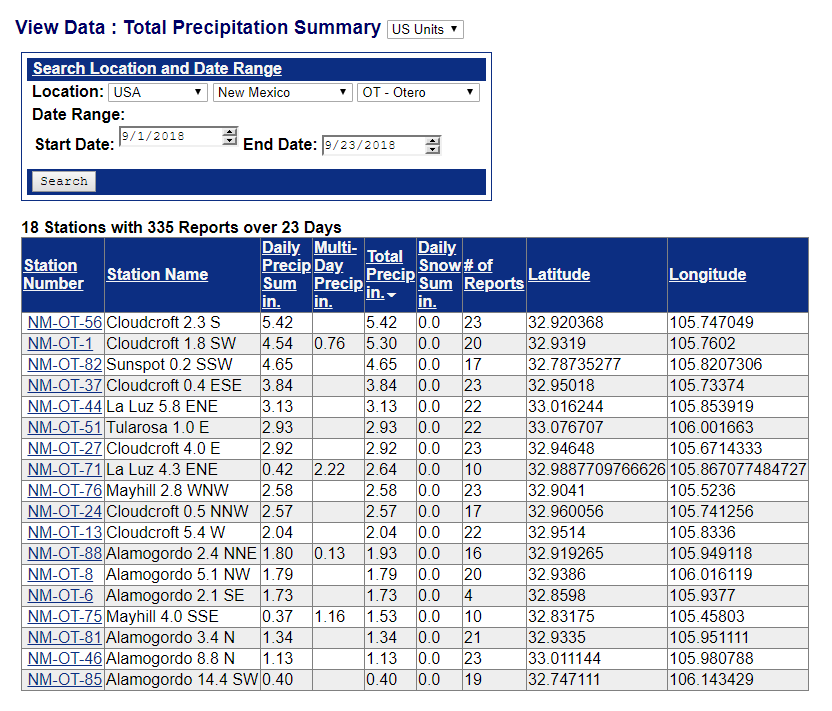 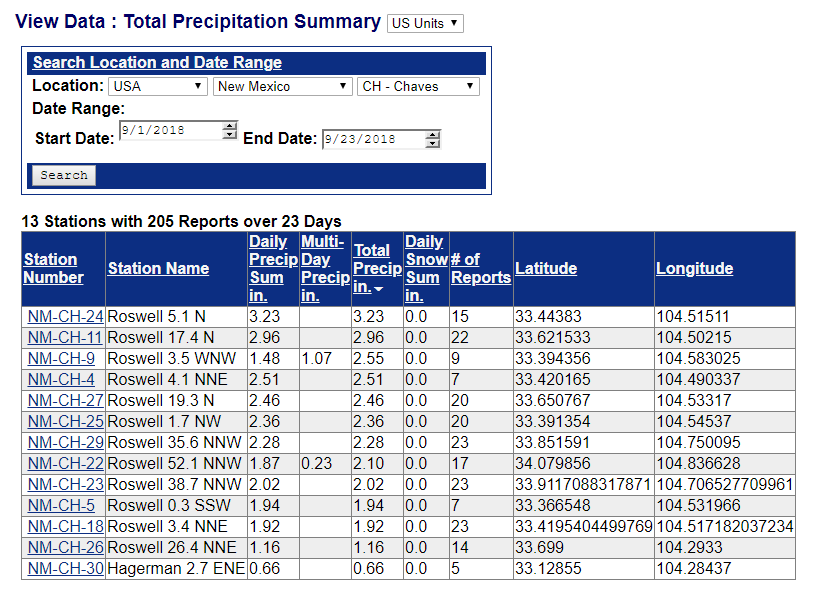 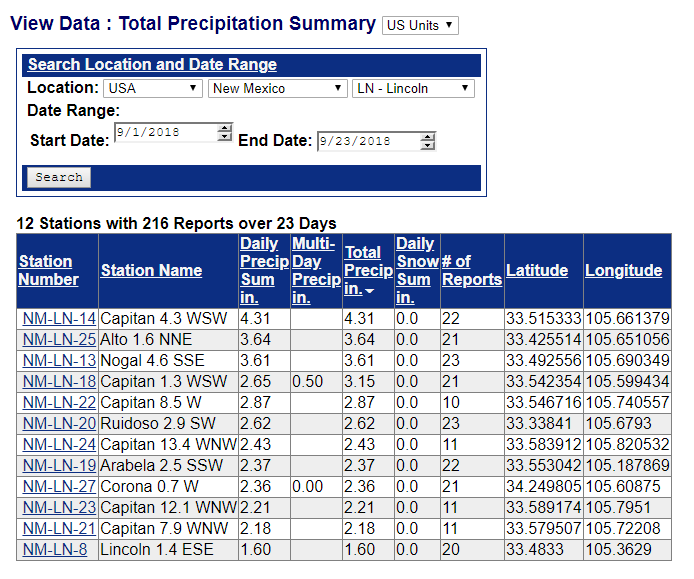 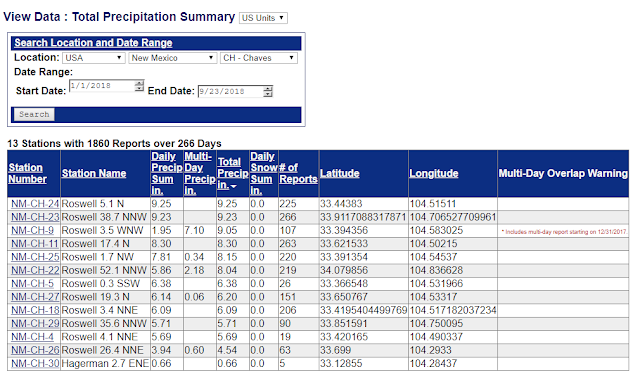 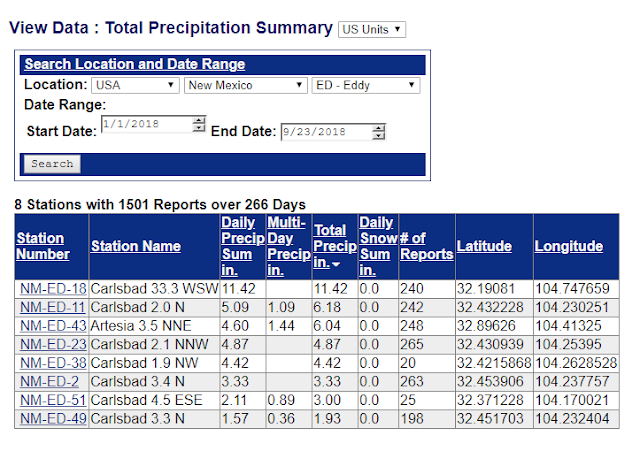 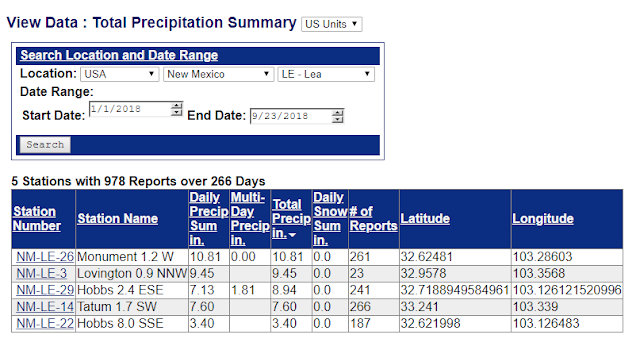 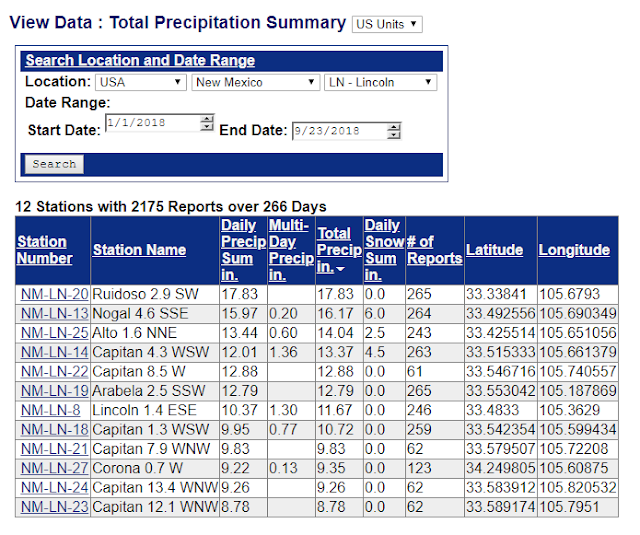 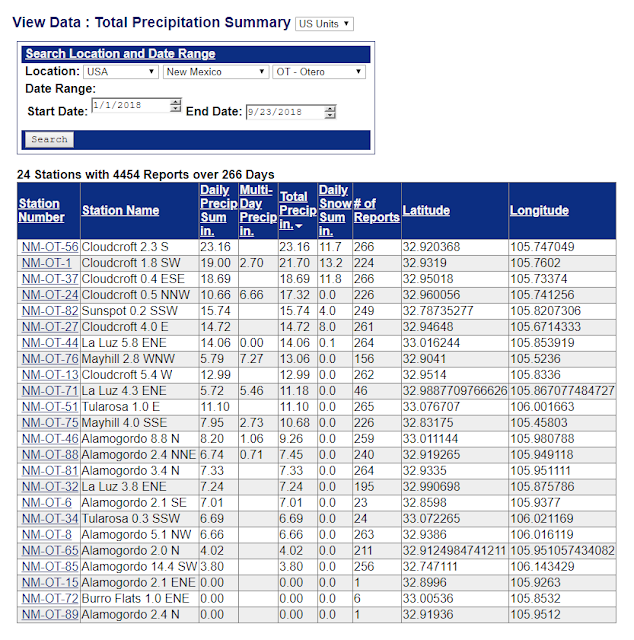 To date 2018 is going down for the most part locally as being a drier than normal year. Even in the mountains where some the wettest reporting CoCoraHS Stations have had 15" to 23" of rainfall so far this year. 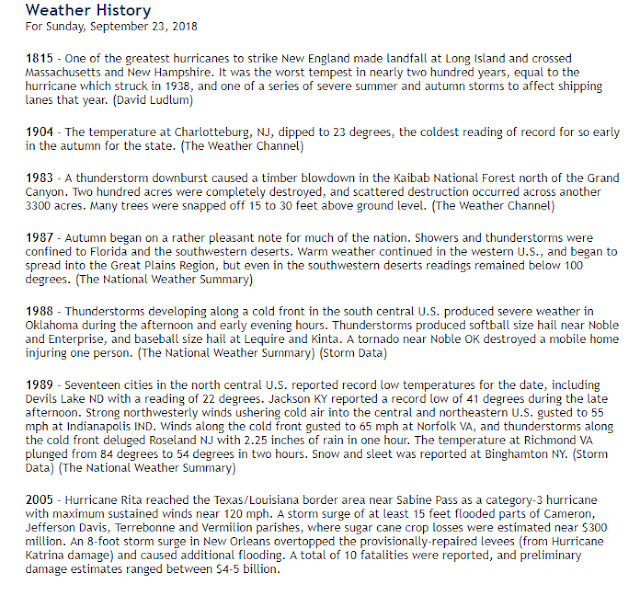 The Truth Is Stranger Than Fiction!
on September 23, 2018
Posted by Wendell Malone