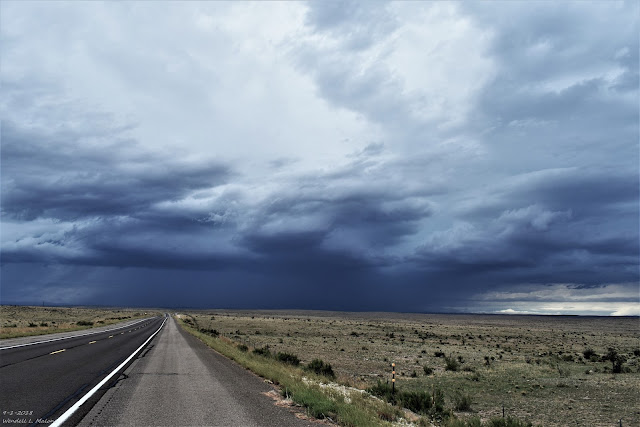 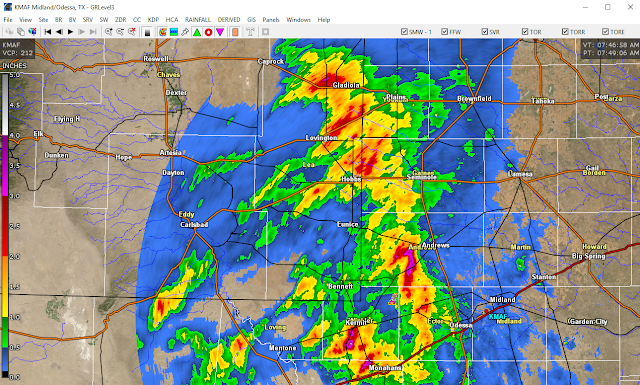 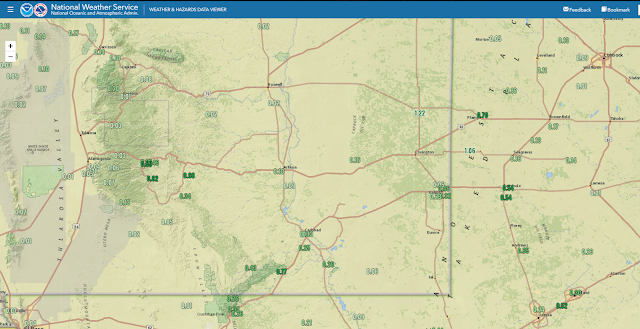 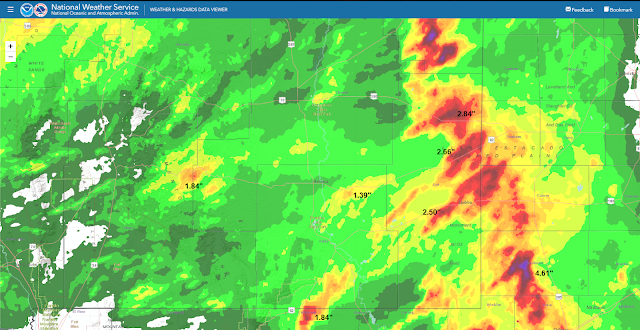 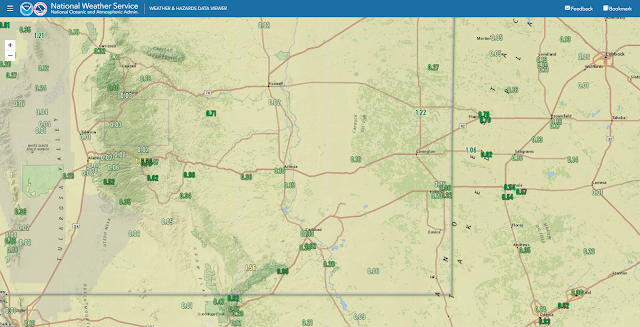 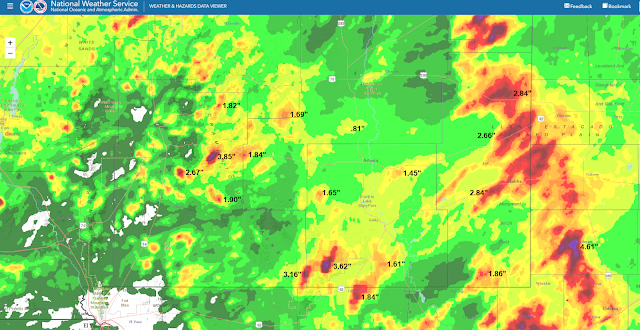 A Personal Weather Station (PWS) west of Mayhill reported 1.68" of rain in the past 72-hours as of 7 AM MDT this Sunday morning. The Queen Raws east of Queen also reported 1.56" during this same time frame. And a CoCoRaHS Station located 1.6 miles north-northeast of Alto reported 1.69". The Queen CoCoRaHS Station reported 1.21". These totals represent the heaviest three day totals I can find online so far.

Radar as usual has estimated that much heavier rains has fallen in rural areas that aren't reporting their rainfall totals online. Of note is just southwest of Andrews, Texas yesterday afternoon where over 4" of rain may have fallen. I superimposed some of the heavier totals on the 24-hour map and the 72-hour map above.

So it appears that the models have done pretty well locally with their forecasts of heavy rains given the available online rainfall totals and the radar estimates for the past three days. The theme of additional heavy rainfall and localized flash flooding still applies as we move into the first and middle of next week.
Deep Subtropical Moisture Streaming North. 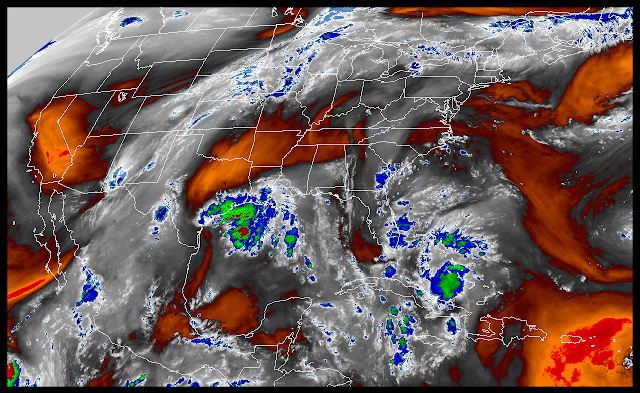 Subtropical moisture continues to be pulled northward into New Mexico courtesy of a mid-level trough of low pressure located overhead this morning. This trend is forecast to continue into the middle of next week. And later on towards the middle to the end of next week all eyes will be on a tropical system moving northeastward into the Gulf of Mexico...along with its potential impacts in that region. 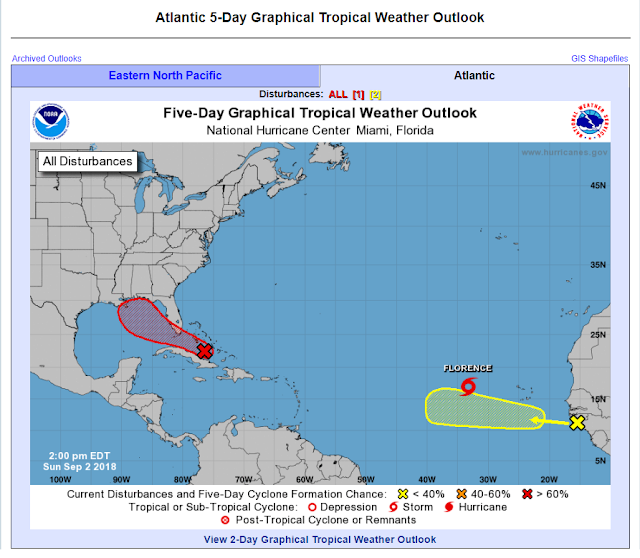 T-Storms In Progress In Cloudcroft At Noon. 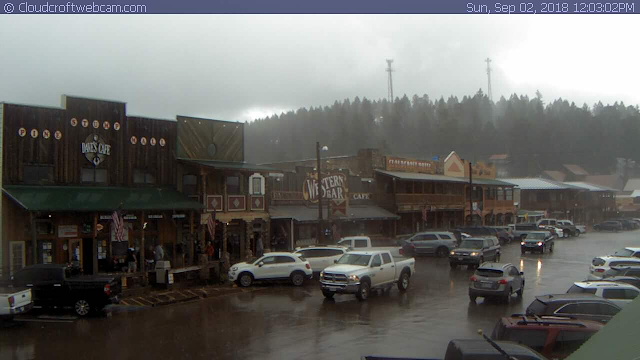 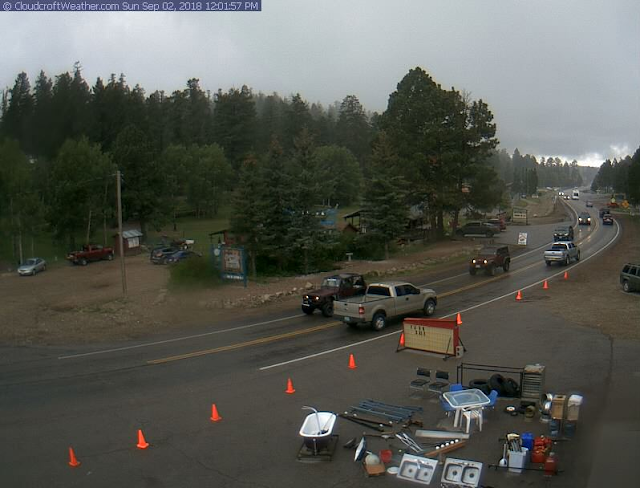 T-Storms Firing Up Over The Sacramento Mountains. 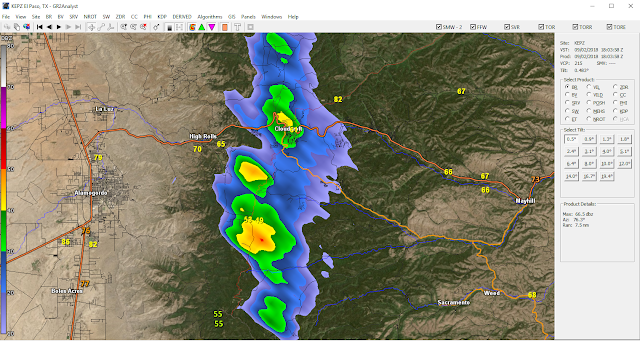 Scattered thunderstorms are already popping up on the Sac's and will continue to develop and spread eastward and northeastward as the afternoon wears on. Some of these storms will persist well into the night as well. Locally heavy rains along with the threat for localized flash flooding will be possible today into mid-week for all of the local area. A few severe thunderstorms are also possible this afternoon and evening. 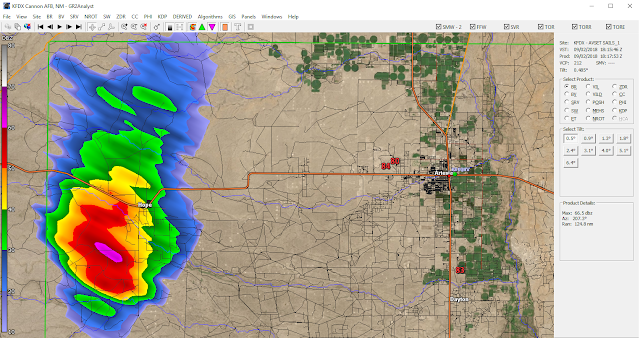 A strong thunderstorm has rapidly developed 18 miles west-southwest of Artesia or 2 miles southwest of Hope at 12:18 PM MDT this Sunday afternoon. Additional thunderstorm development is forecast for the Pecos Valley and surrounding areas into tonight and mid-week.

The Truth Is Stranger Than Fiction!
at Sunday, September 02, 2018