A Pattern Change The Middle To End Of Next Week? 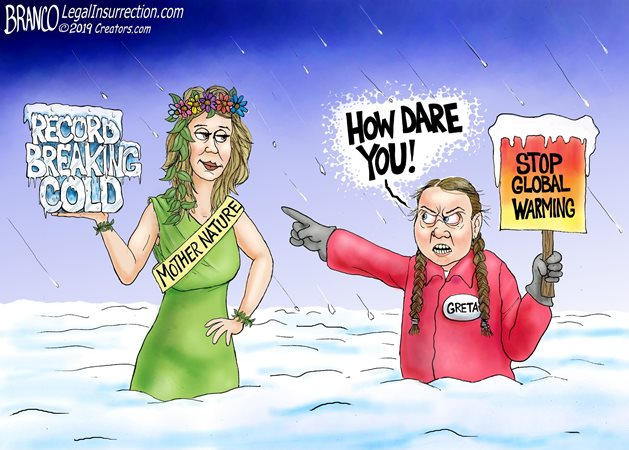 This Cartoon Says It All. 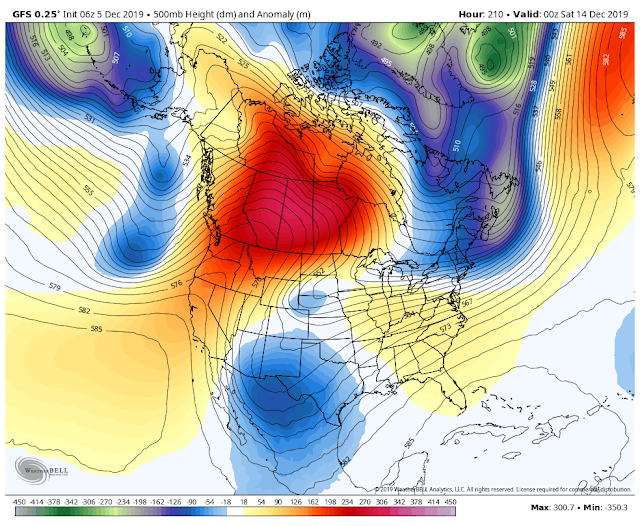 Last nights 11 PM MST (06Z) run of the GFS forecast model dived off into fantasy land...which it has a habit of doing sometimes. However the long range models have been hinting that this pattern change is potentially in the cards supported by some of the ensemble forecasts. There is a lot of buzz talk around a Sudden stratospheric warming event shaping up in about a week over the northern hemisphere. When this happens a series of very cold arctic/polar air masses get nudged southward into the Continental U.S. as the Polar Jet Stream dives south into the heart of the country. Such may be the case around the middle of the month. 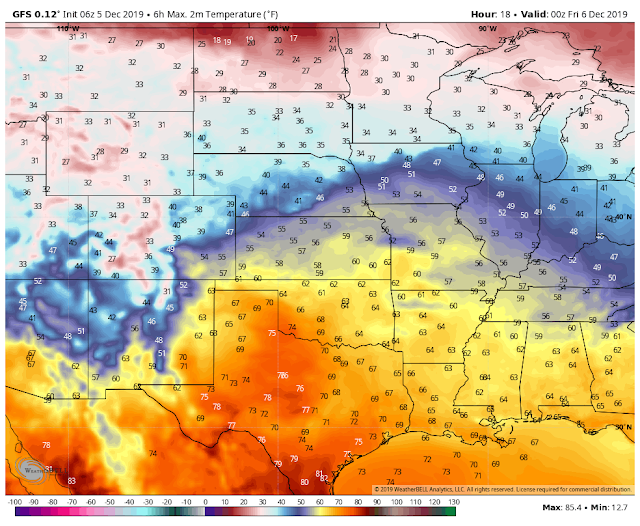 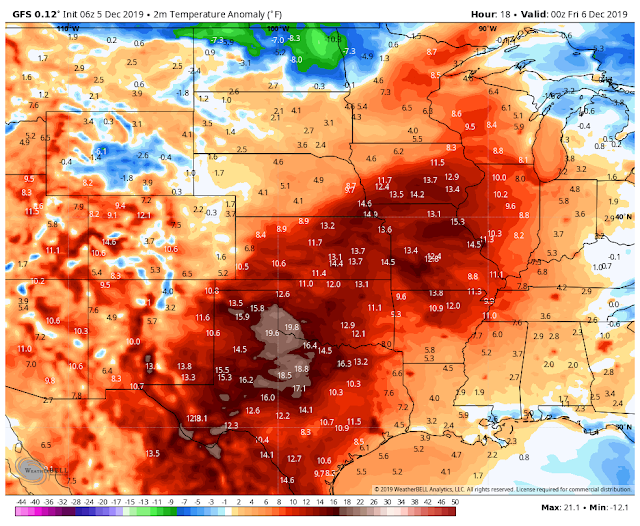 After seeing much of November ending up being colder and wetter than normal December so far has taken a break for that. High today will be near 70º locally which will be some 10º to 15º above normal. 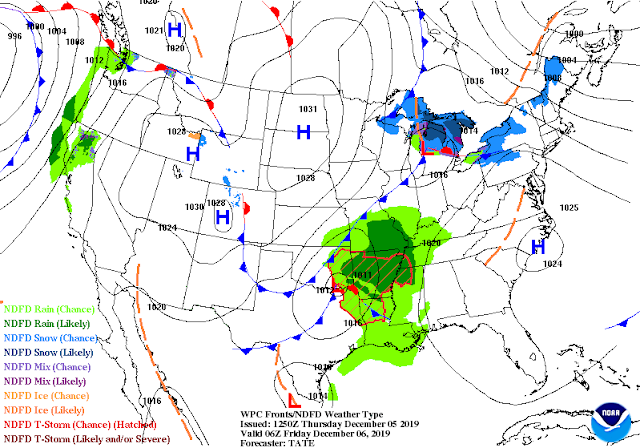 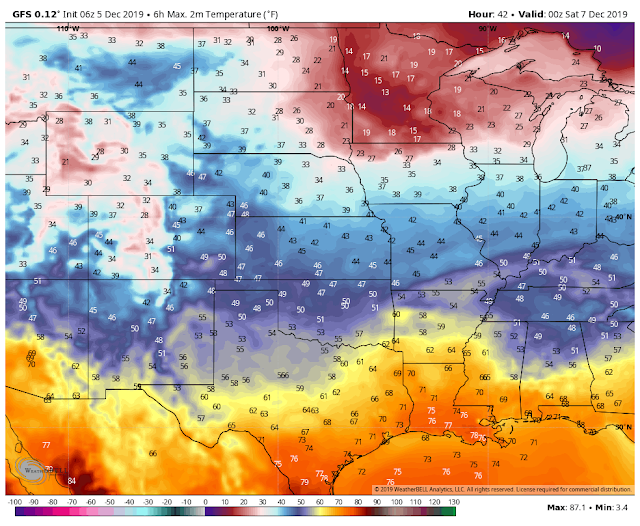 A cold front will move south and into the Southeastern Plains around midnight tonight bring colder temperatures and gusty northerly winds with it. A High Wind Warning remains in effect today for the Guadalupe mountains for westerly winds sustained at 40 to 50 mph with gusts near 70 mph. Our high temperatures on Friday will fall back down into the 50's which will be close to normal for the date.

Looking At The End Of Next Week.

If they GFS forecast model is correct then a pattern change towards much colder and stormier weather is coming up for the area towards the end of next week. A very cold air mass (the coldest of the season so far) may be headed southward into the heart of the nation by mid-week, and affecting our weather by the end of the week. Temperatures could be as much as 30º to 40º below normal locally. 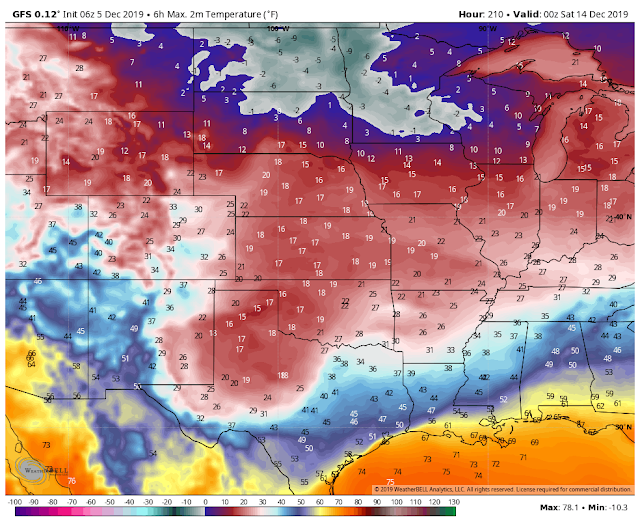 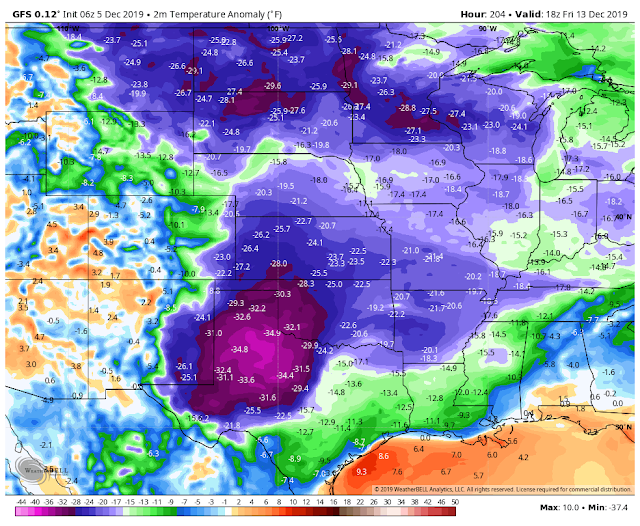 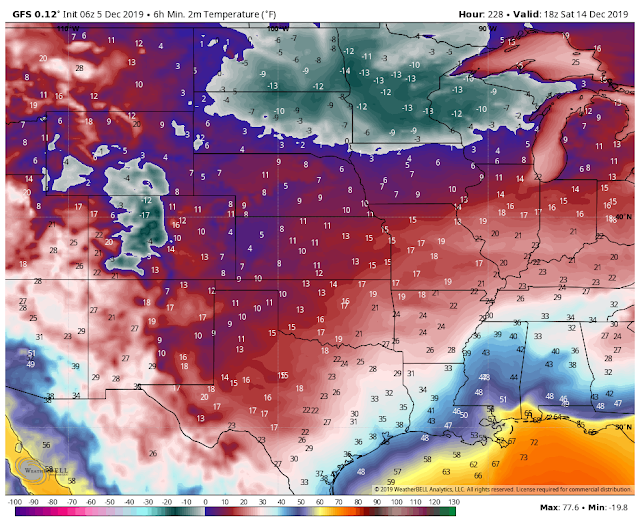 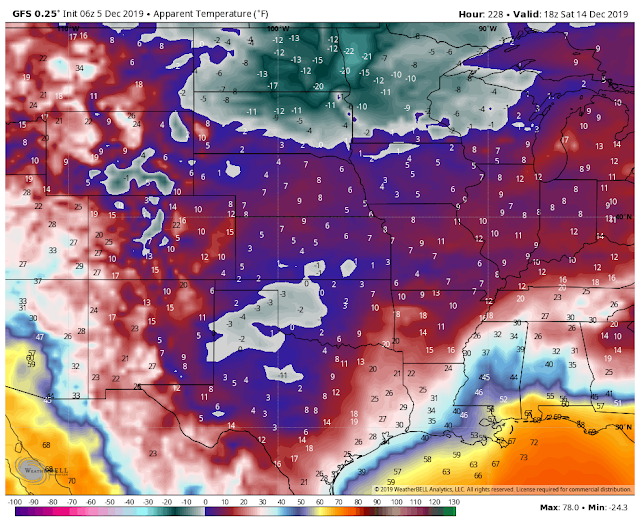 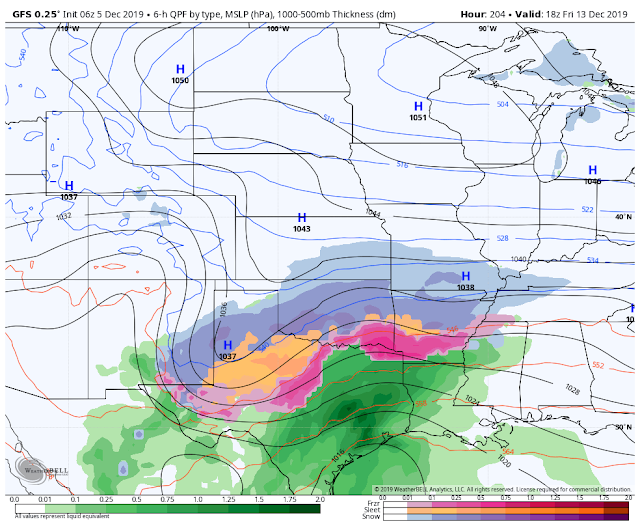 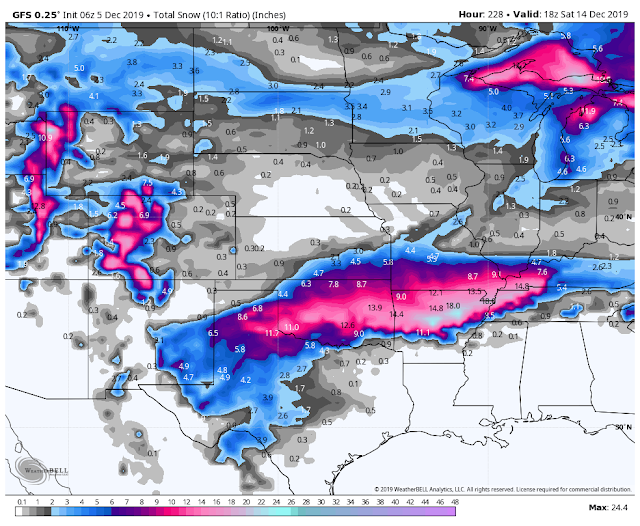 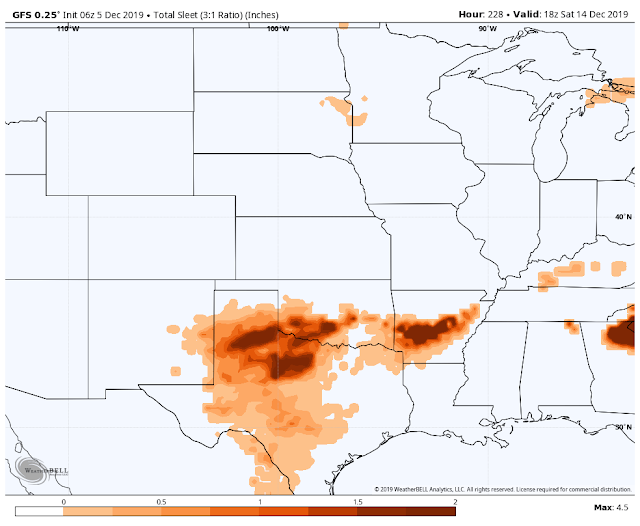 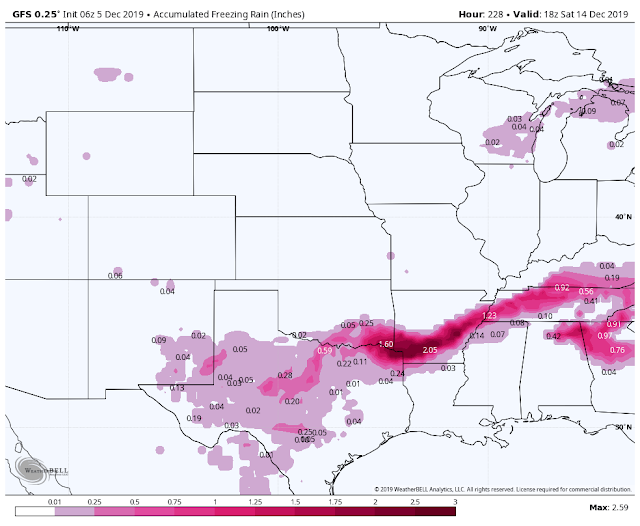 Remember its still way too early to get to overly excited about all of this but its something to think about and watch. Typically the models are not reliable this far out in time and I can just about guarantee you that the details are going to change multiple times with the model forecasts from today into the end of next week.