Next Storm Could Mean Snow For Us Monday Night Into Tuesday. 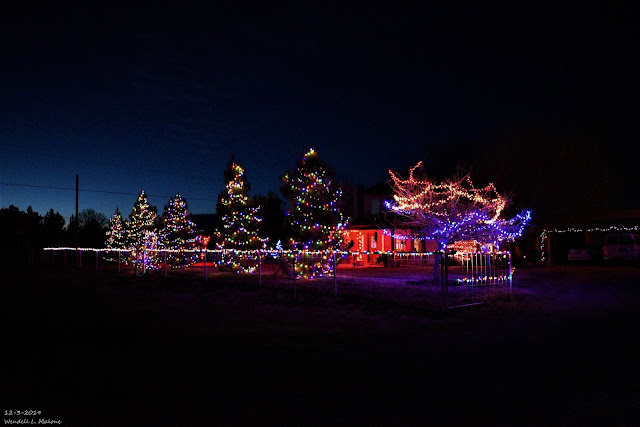 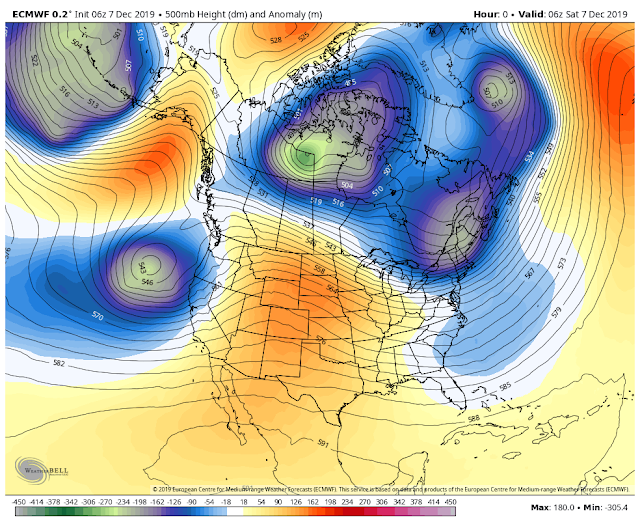 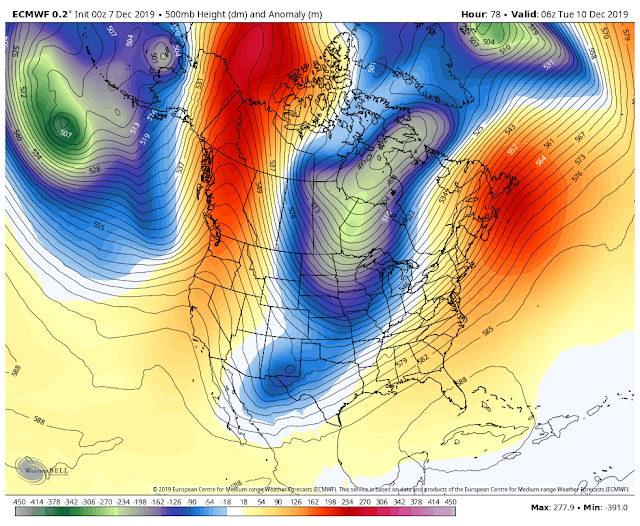 In my last blog post (Thursday, Dec 5, 2019) I discussed the possibility of a serious cold outbreak towards the end of next week. As you may have guessed already the computer forecast models have backed off totally on that possibility. No surprise...they do this a lot especially the GFS model. Note that many times the European model (ECMWF) performs much better (but not always) with our winter storms here in the Desert Southwest than the U.S. Global Forecast model (GFS).

Last nights run of the European forecast model (ECMWF) has decided that the long wave trough of low pressure that is forecast to swing eastward across the Rockies Sunday into Tuesday will leave a piece of its energy behind in the form of a small closed mid-upper level low. Centered over Roswell by sunset Monday. The Canadian and GFS model forecasts also pick up on this with the Canadian (GEM) being colder with more snowfall than the GFS.
It will be interesting to see what the short range model forecasts come up with Sunday and Monday concerning this. 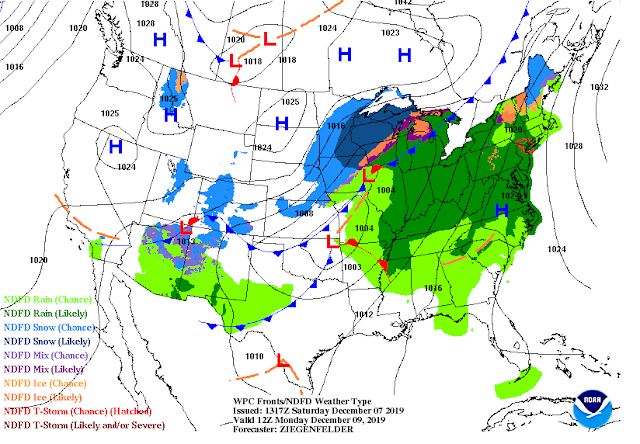 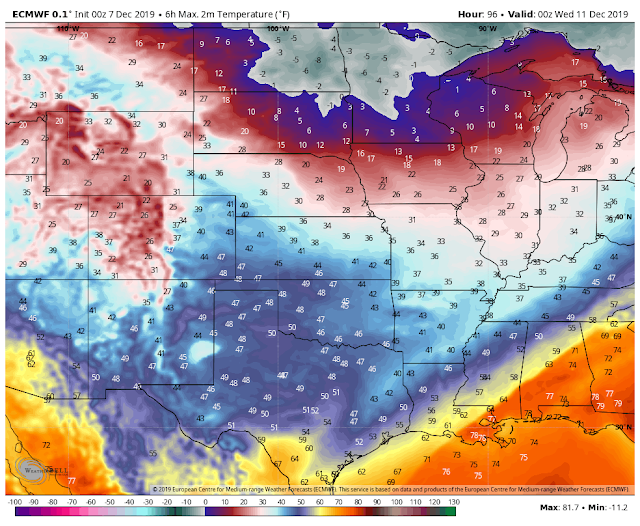 As the closed upper level low now located west of northern California (at 18,000') dives southeastward then opens up into a long wave trough of low pressure today into Tuesday a Pacific cold front will sweep southeastward across the state Monday afternoon into Monday night. Locally our high temperatures in Southeastern New Mexico today will be in the 60's. Sunday's highs will be in the low to mid 70's, Monday's in the 50's to near 60, and Tuesday's highs in the 40's. 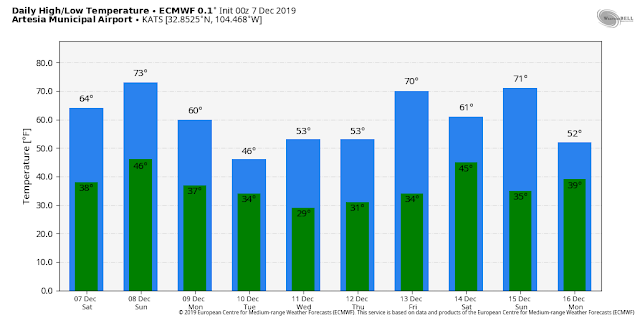 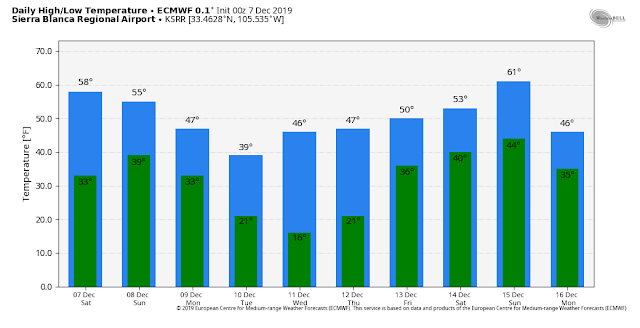 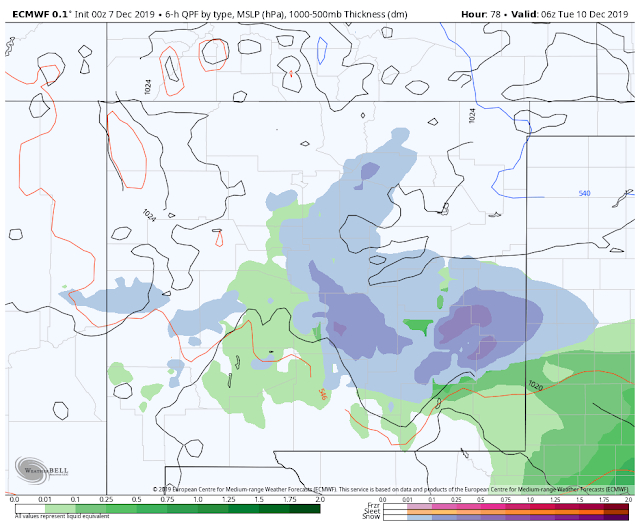 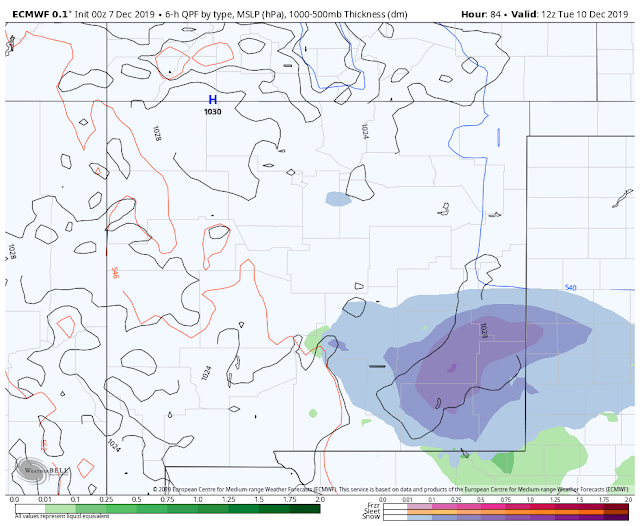 Last nights 5 PM MST run of the European (ECMWF) forecast model calls for a slight chance for light rain to change over to light snow over the Sacramento mountains Sunday afternoon with snow levels around 9,000'. Snow levels lower in the Sac's on Monday down to around 6,000' by late afternoon.

Rain is forecast to change over to snow across the Southeastern Plains by around midnight Monday night and continue until around noontime Monday. This may change though as new model data comes in today, Sunday, and Monday. 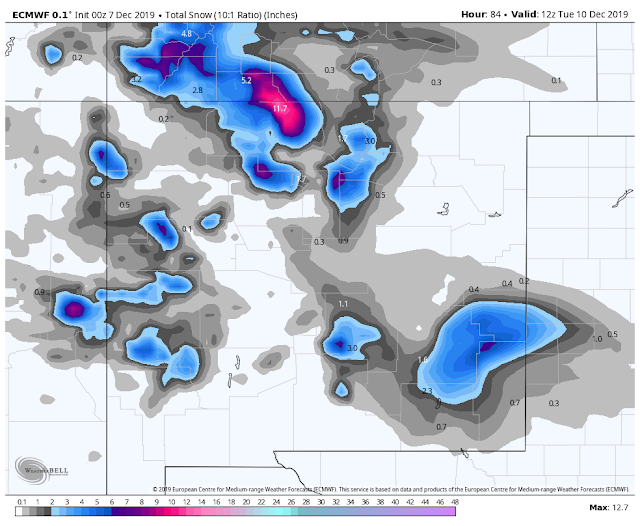 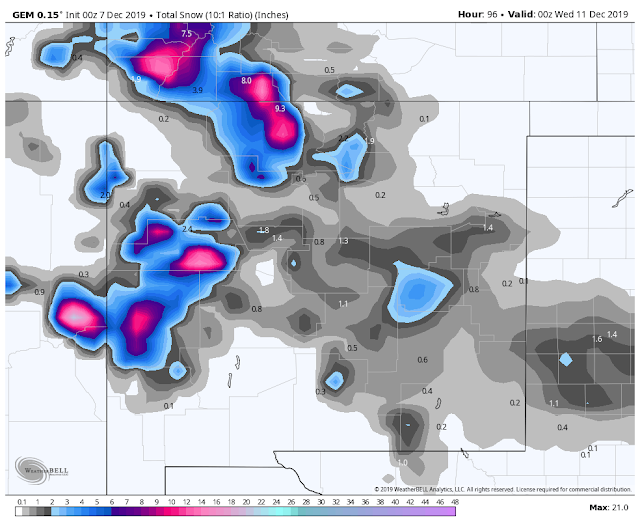 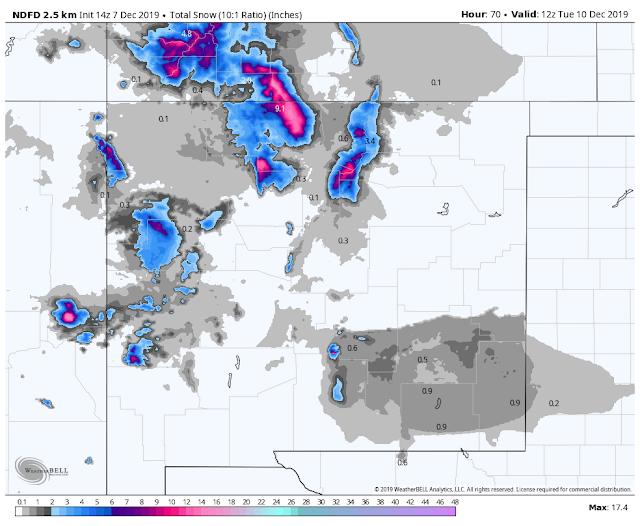 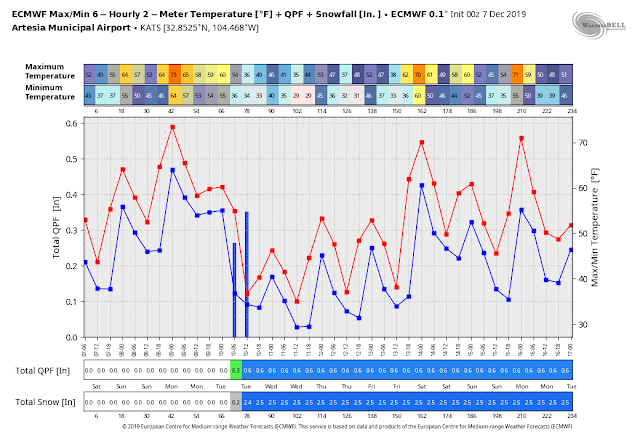 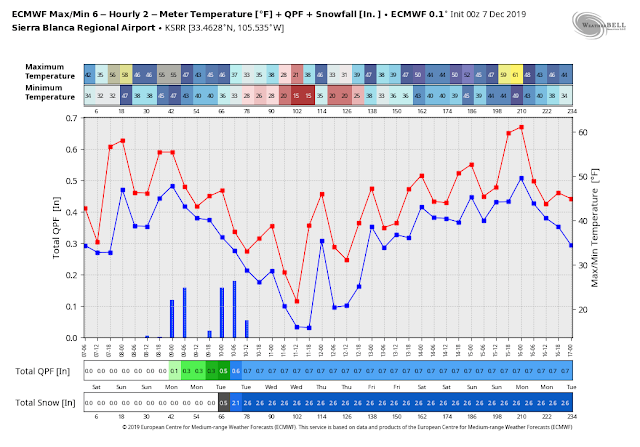 Snowfall accumulations across the Southeastern Plains by Tuesday morning could be in the 1" to 3" range with locally higher totals possibly as high as 4" to 6". The higher elevations of the Sacramento mountains could end up with 6" or more.

This is just a first look at what I'm pretty sure will be a changing situation so check back later for any updates via my: 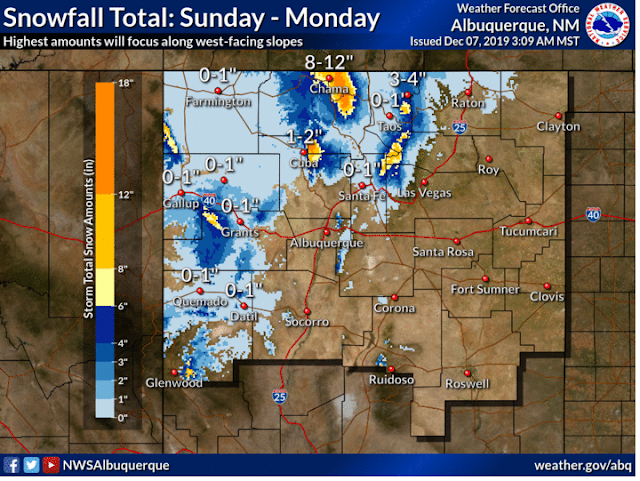