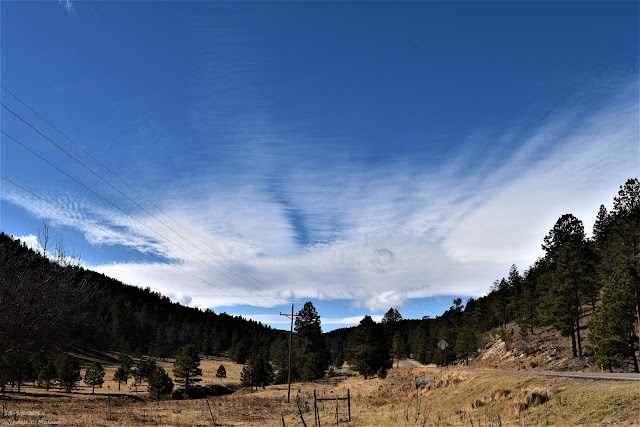 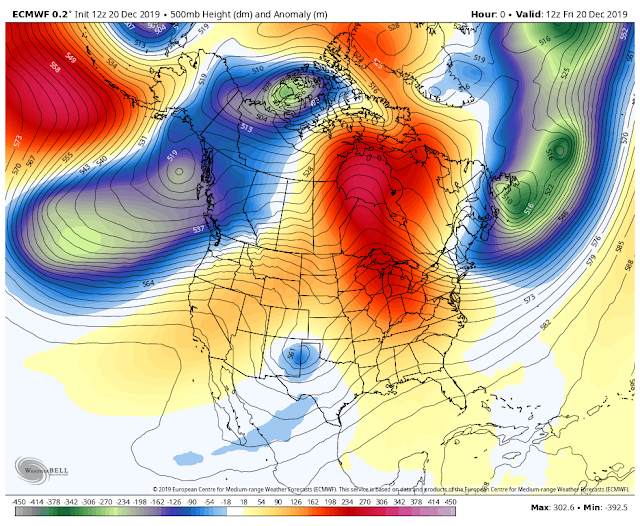 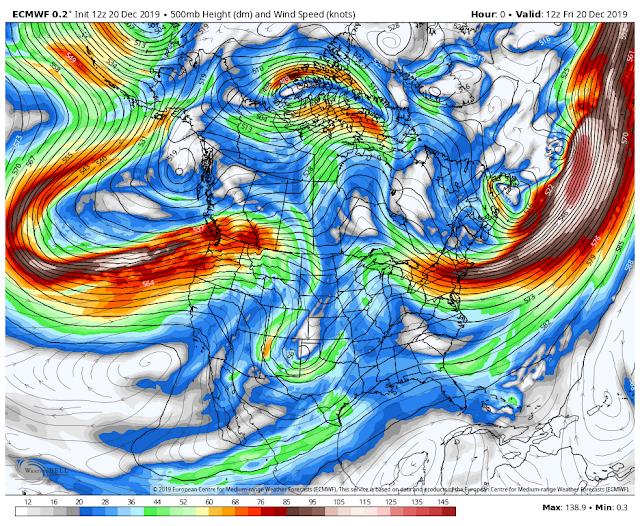 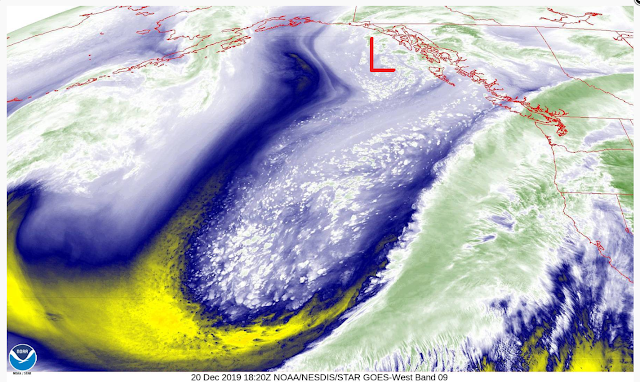 First, let's take a look at our next Winter Storm to impact the area by Christmas Eve. Early this morning the European forecast model analyzed it just off the coast of British Columbia. Strong mid and upper-level jet stream winds associated with this mid-upper level low were wrapping around the bottom or southern side of the trough of low pressure extending to the southwest of the low over the Pacific Northwest. Winds at around 18,000' above sea level were streaming along at around 120 knots or 138 mph, and around 160 knots or 185 mph at 30,000' That's impressive for these altitudes and these winds will continue to pull or dig the longwave trough of low pressure to the southeast through at least Sunday.

This potent storm is fairly cold also with 10,000' temperatures in the core of the trough around -15ºC or 5ºF. The speckled nature of the visible satellite image over the region confirms this. 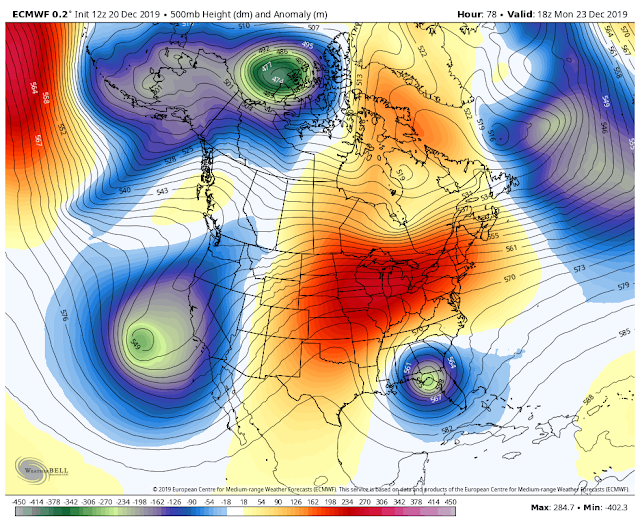 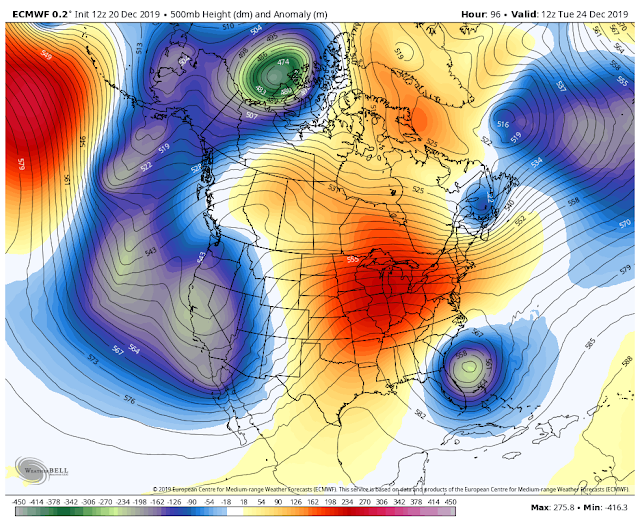 Model mayhem still reigns this morning in trying to resolve this storm's future track, speed, and strength. All three of the long-range models (GFS, ECMWF, GEM) agree that a couple of storms are going to calve out of this system mid-week into the holiday weekend next week. But how that happens and when is up in the air still. This morning's run drops a strong closed low to the west of Los Angles by around noontime Monday. Then washes that low out while trying to fill the trough with no less than five short wave troughs of low-pressure next week?

Both the Canadian (GEM) and the U.S. GFS models have similar forecasts but with different placements and the number of short waves calving out of the trough. Part of the problem with the models may be that the storm hasn't been thoroughly sampled by the upper air networks yet.

Our weather on Christmas Eve into Christmas Day will hinge to a large degree upon what happens to the closed low west of Los Angelas Monday. If it remains intact and digs to the southeast then our chances for lowland rains and mountain snow would increase. If it opens up and zips across the region as a short wave trough of low pressure then those chances would decrease. 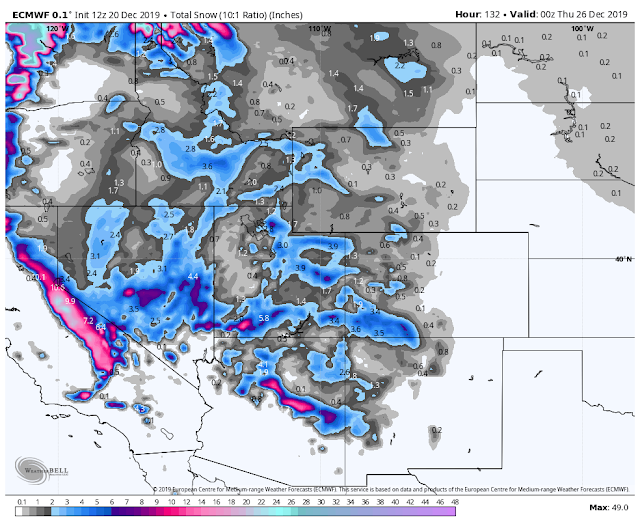 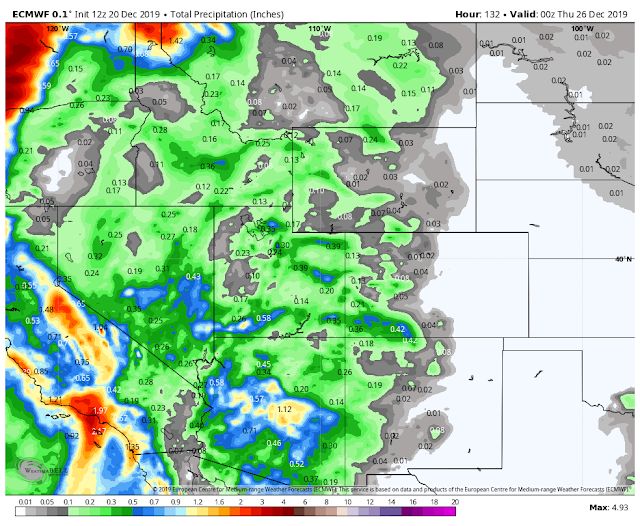 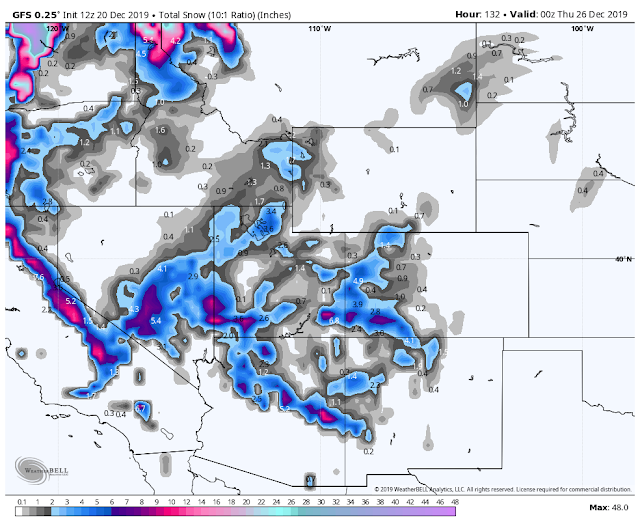 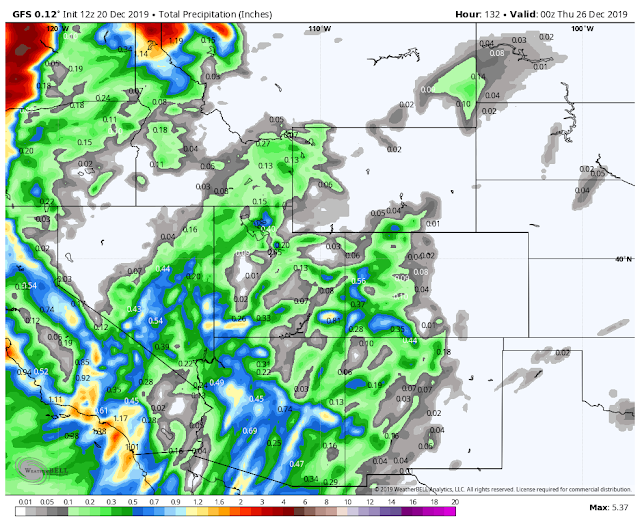 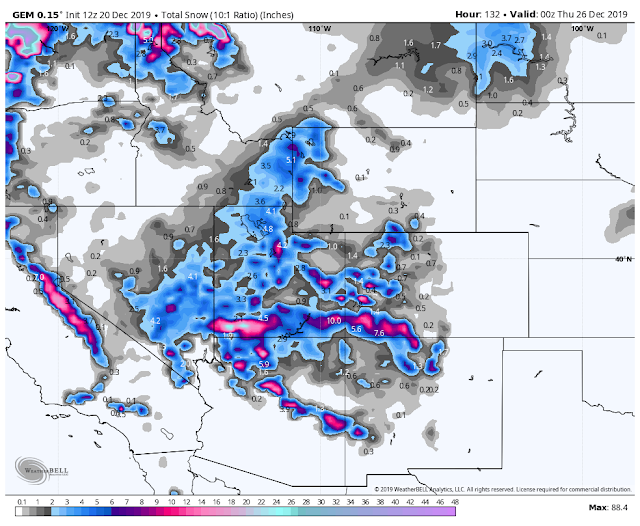 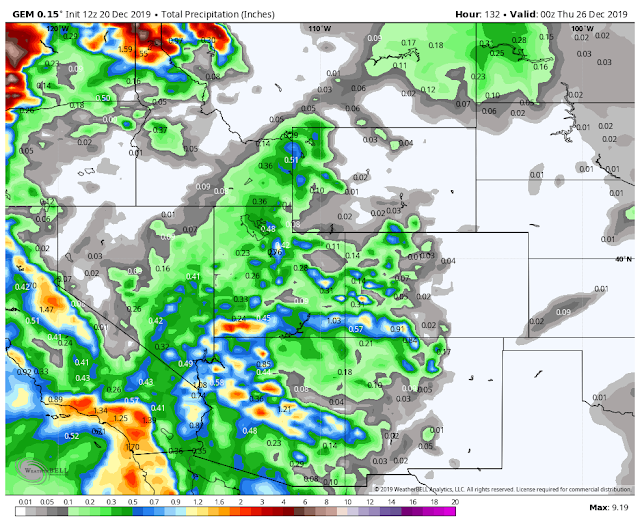 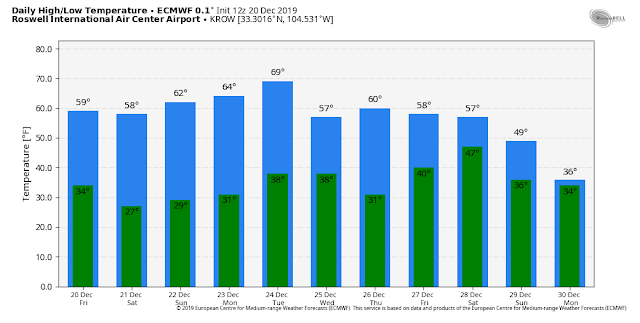 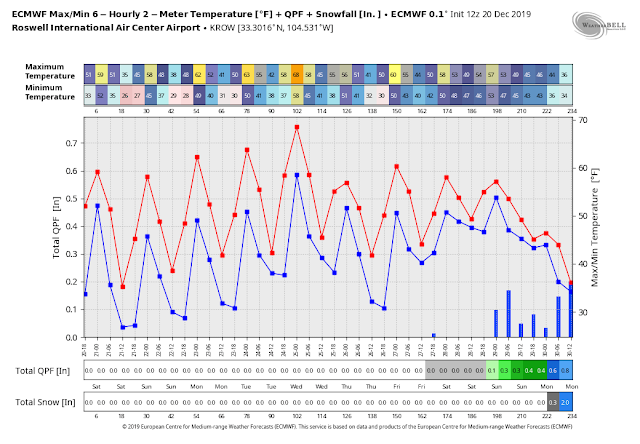 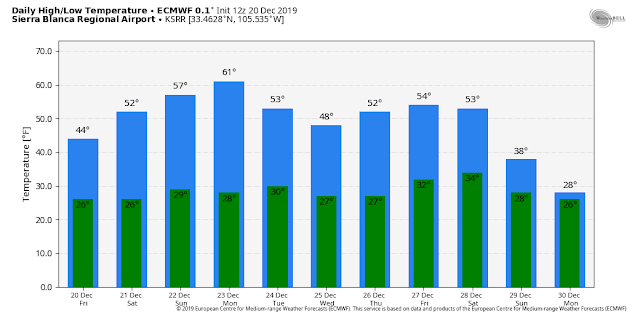 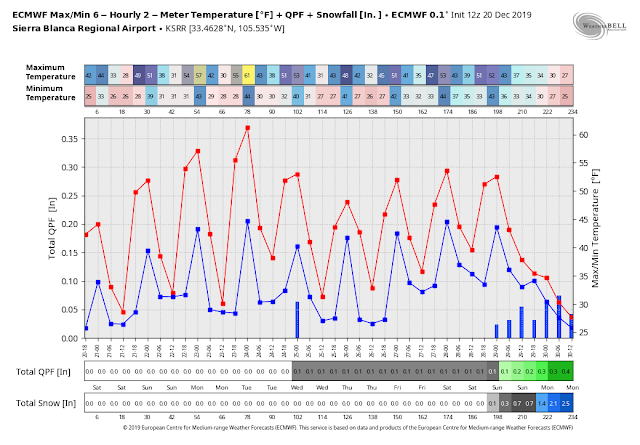 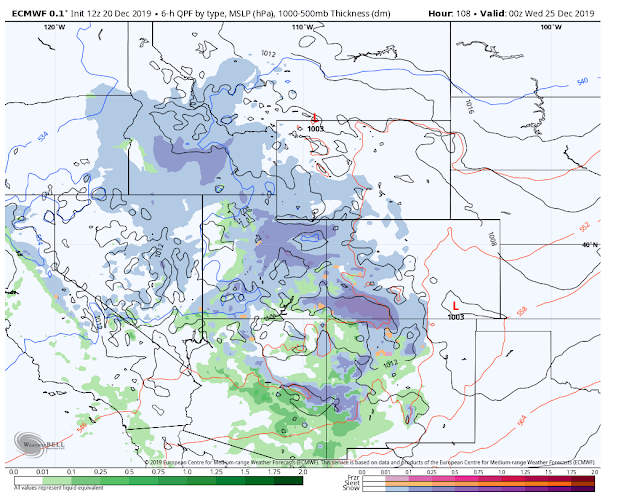 For now, the Sacramento mountains stand to pick up some light snow Christmas Eve as the first storm rolls across the state. Maybe some light rain showers across the lower elevations of Southeastern New Mexico.