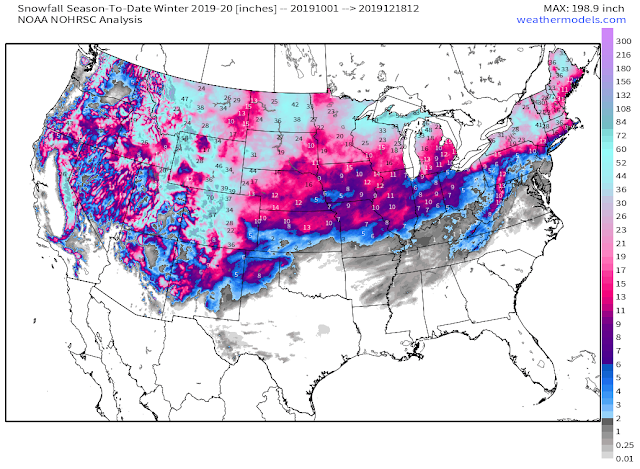 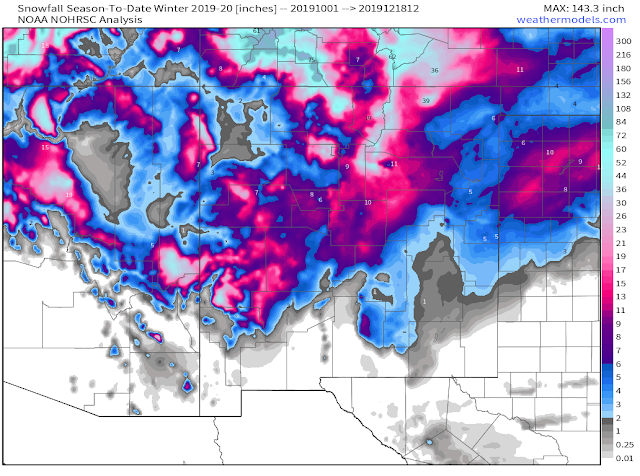 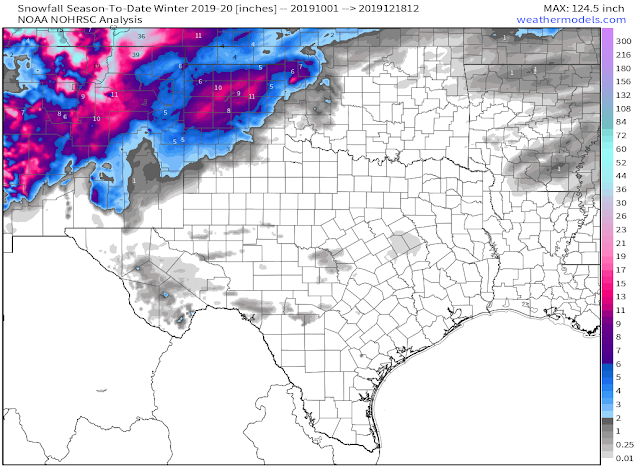 Our meteorological winter started December 1st but according to the calendar it begins this coming Saturday, December 21st. Either way we are off to a rather dry start snowfall-wise locally and a warm one too. Ski Apache (base 9,600') west of Ruidoso has only recorded 9" of natural snow so far this season. The Sierra Blanca Snotel located near Ski Apache (at 10,280') is reporting 11" on snow on the ground, the max depth there so far has been 13".

Cloudcroft should have had around two feet of snowfall by now according to climatology records. Ski Apache averages around 180" of snowfall a year and Cloudcroft 90". 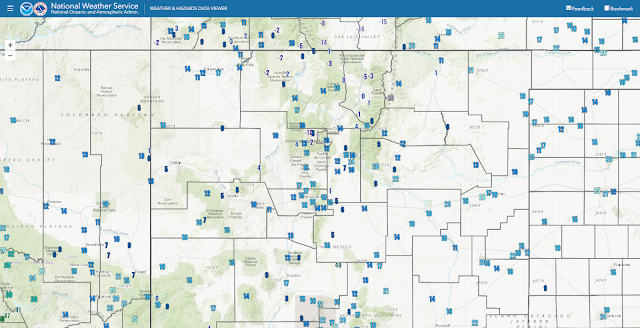 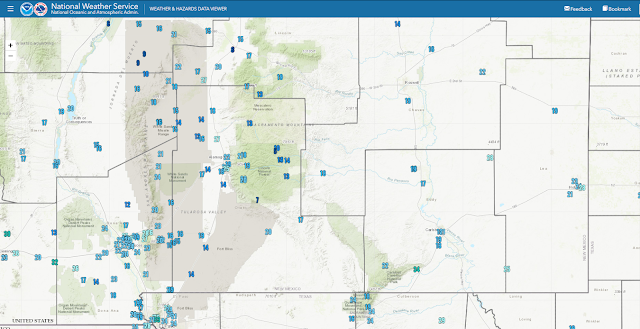 Yesterday morning (Tuesday morning) the Angel Fire Airport reported a low temperature of -27ºF and this morning a low of -23ºF. Locally I recorded a morning low of 18ºF here in town in Carlsbad while the Airport dropped down to 17ºF to make for the coldest morning of the season so far. A Personal Weather Station (PWS) in Timberon dropped to 7ºF while in Bell Canyon norhtwest of Mayhill a Personal Weather Station (PWS) recorded a low of 5ºF.

First Look At Our Christmas Forecast.

This is a first look at our forecast seven days out from Christmas morning. What are the chances of this being correct this far out in time? Typically pretty low. The good news is that all three of the models see a significant winter storm headed towards the Desert Southwest by Christmas into the holiday weekend.

The bad news is that we are too far out for the specific details of who will get rain and snow and how much. This will be a strong and cold storm with lots of sub-tropical moisture to work with making it a dynamic storm. That often complicates forecasting winter storms of this nature. And they can become a major headache for everyone trying to forecast them. I have the feeling this ones going to be interesting to say the least. So don't get too excited or not about having or not having a White Christmas just yet...this forecast is going to change trust me. 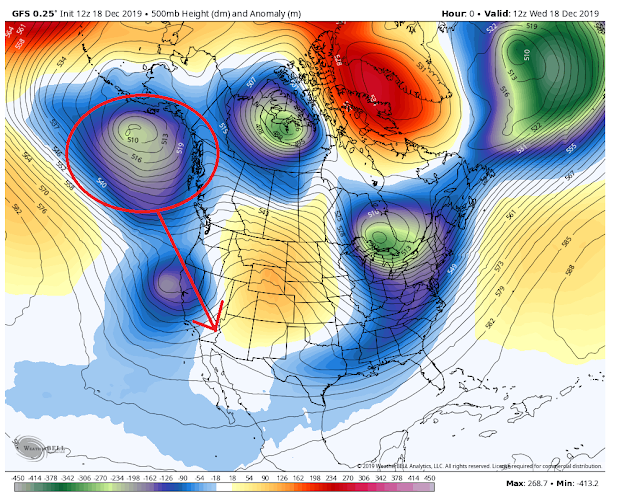 Christmas is a week away so its time to start taking a look at what New Mexico's weather will offer this Christmas. That is going to be a difficult question to answer for the next five days or so. A strong winter storm was located over the Gulf of Alaska early this morning. This powerful storm is forecast by all three of the long range models (GFS, ECMWF, GEM) to dive southeastward into the Desert Southwest by around next Monday. 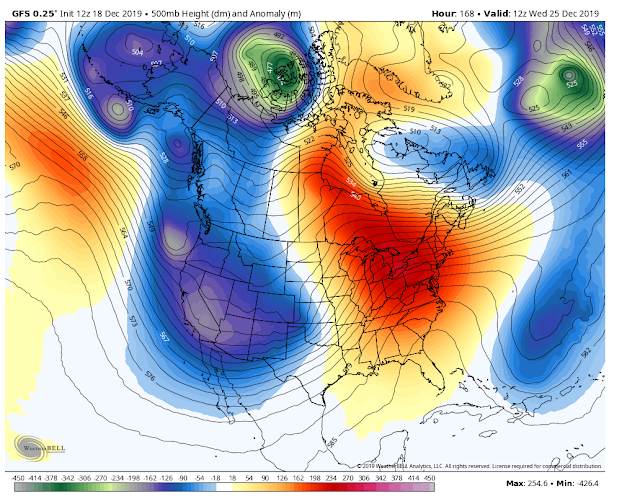 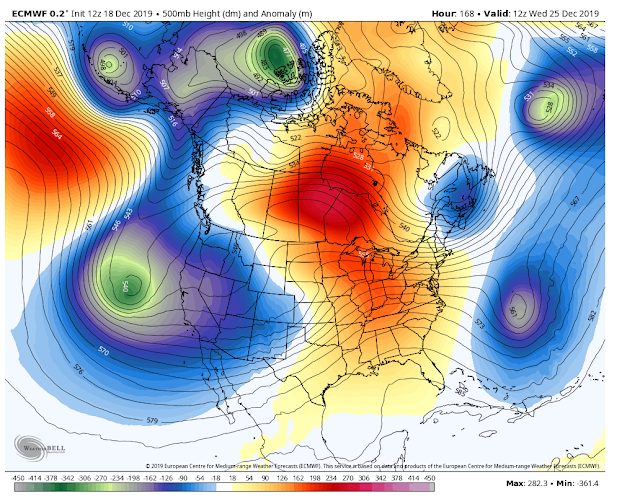 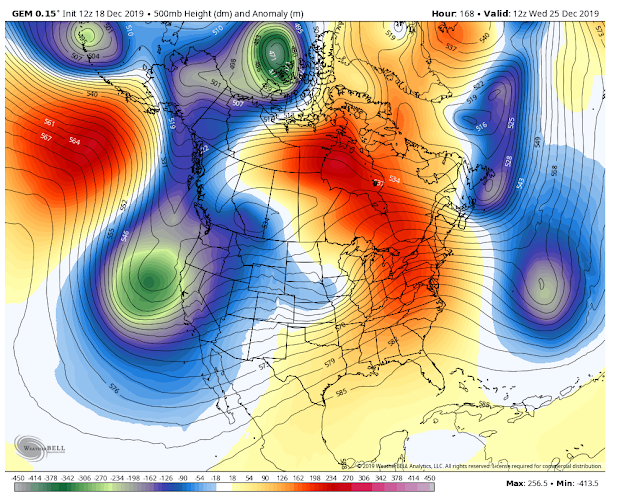 Here of course the problems with forecasting this storm starts. Each of the three forecast models has its own version of the track, speed, and strength of this winter storm. This mornings run of the European (ECMWF) and the Canadian (GEM) are similar with their forecasts holding the storm back to our west through Christmas. The GFS wants to break the storm up into six separate shorwave troughs of low pressure along the West Coast just before Christmas. That seems a little weird to me.

We are seven days out from this storm beginning to impact the Desert Southwest. So as is usually the case this far out in time the model forecasts concerning this next winter storm will change daily.

So with Christmas morning seven days out what does this mean for a White Christmas for New Mexico and nearby areas this year? 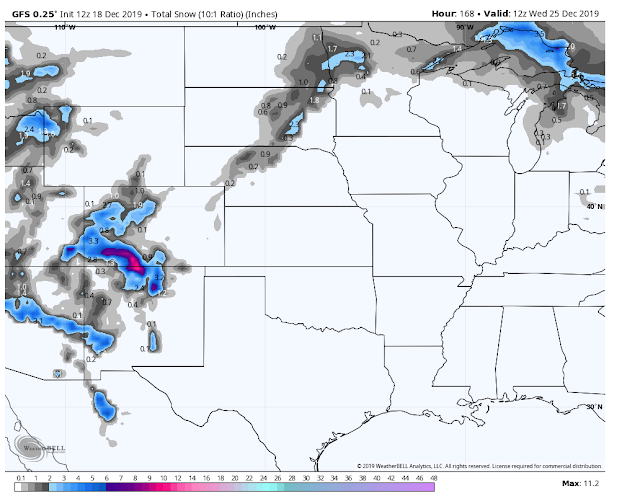 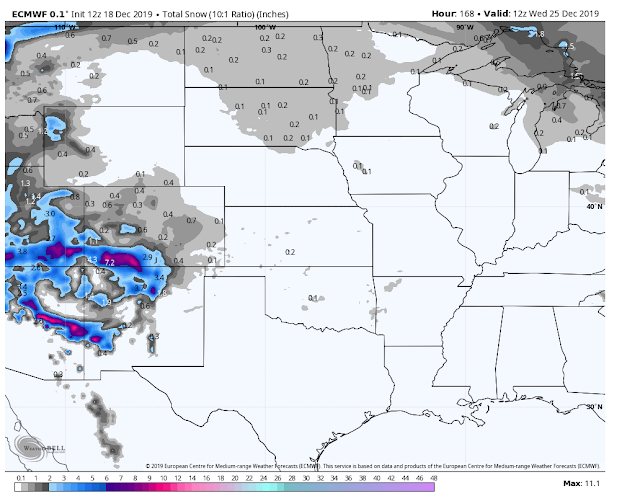 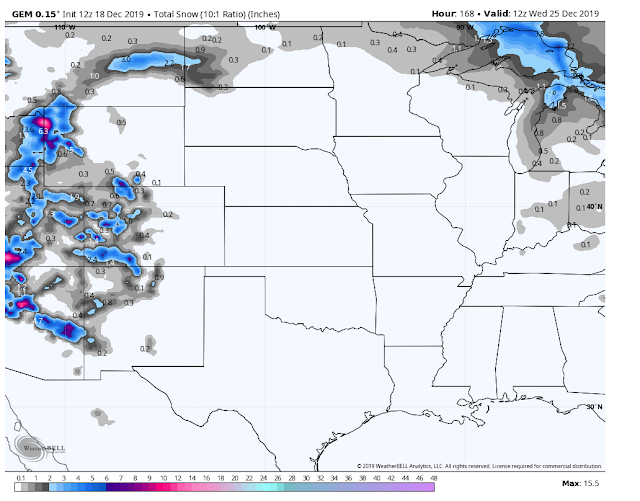 Our first look at our chances of a White Christmas this year don't look too good unless you live in the mountains of New Mexico. But these forecast will change so keep those fingers crossed. 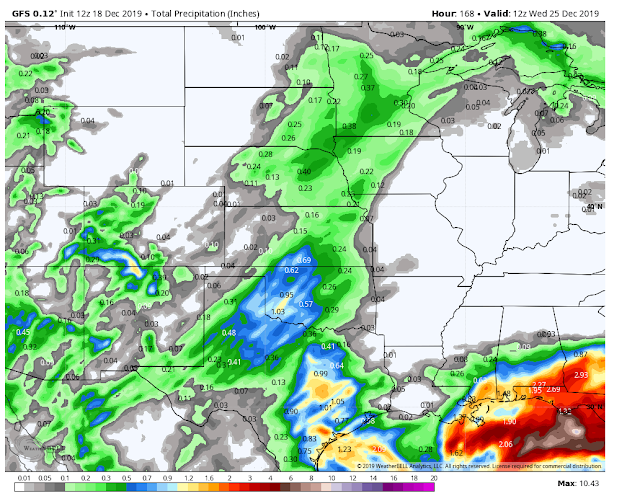 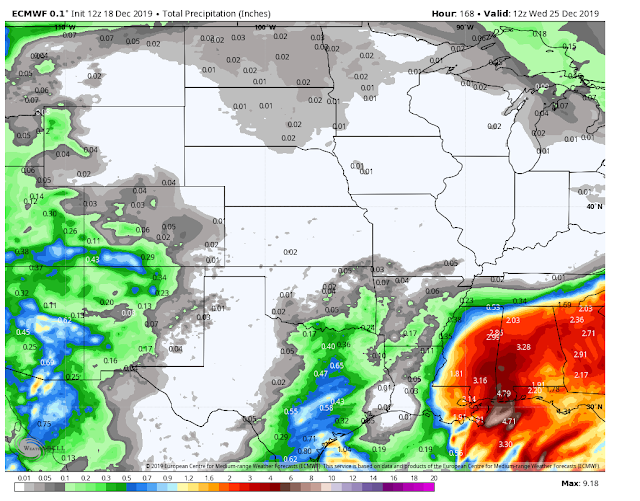 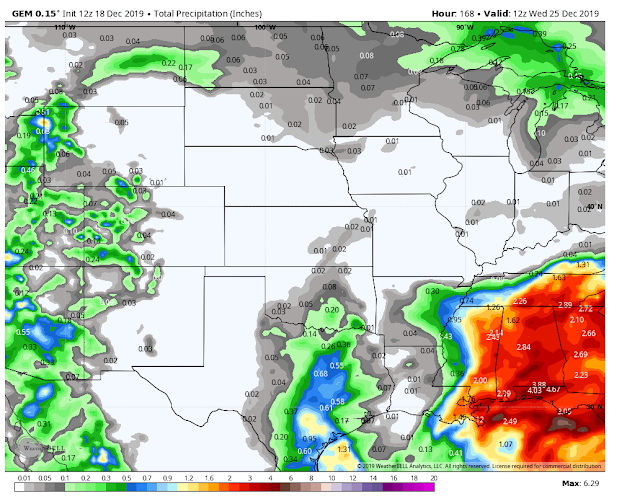 How About Temperatures For Christmas Week?

I'll go ahead and play the role of the Christmas Grinch and use the U.S. GFS model forecasts. Keep in mind that normally the European (ECMWF) does a better job at forecasting our winter storms. But not so much as of late. This mornings 5 AM MST run of the GFS model is the coldest of the three and the most optimistic about snow for Southeastern New Mexico and nearby areas late next week into the holiday weekend.

Main Impacts From This Storm May Be After Christmas? 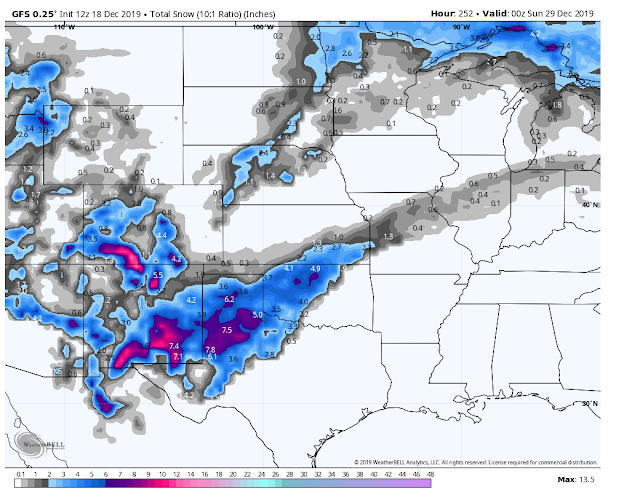 This mornings run of the GFS forecast model says that the main impacts from our Christmas storm won't occur until the following weekend with much of the state seeing moderate to heavy snowfall by Friday the 28th. That's just too far out to know for sure. 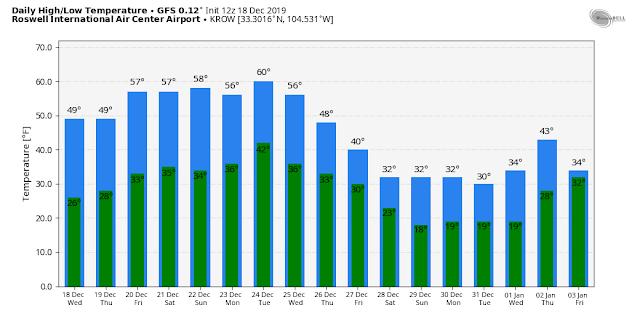 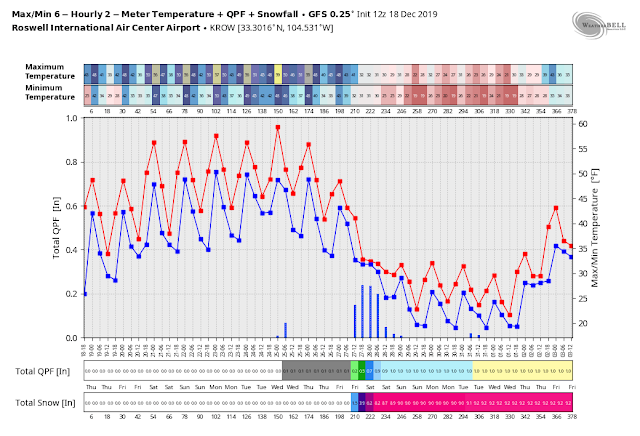 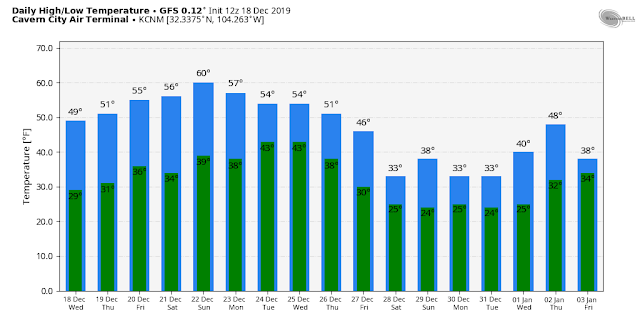 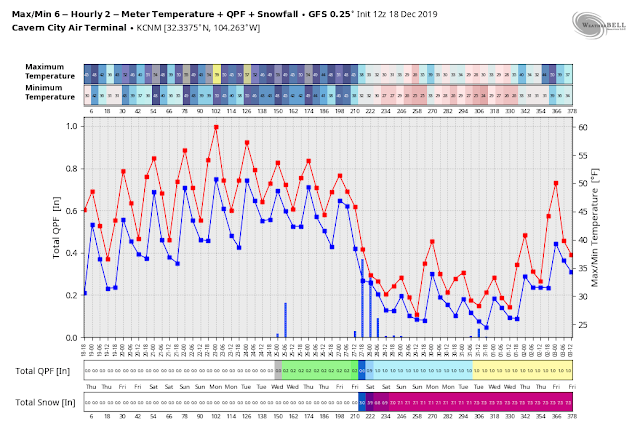 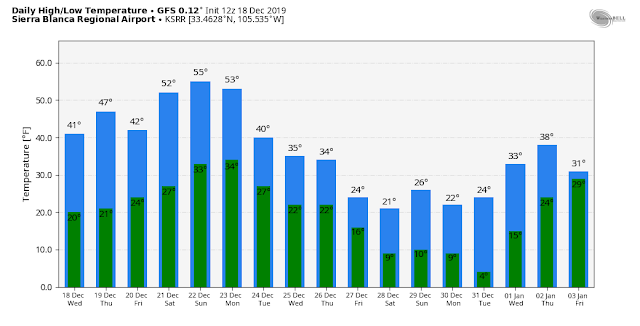 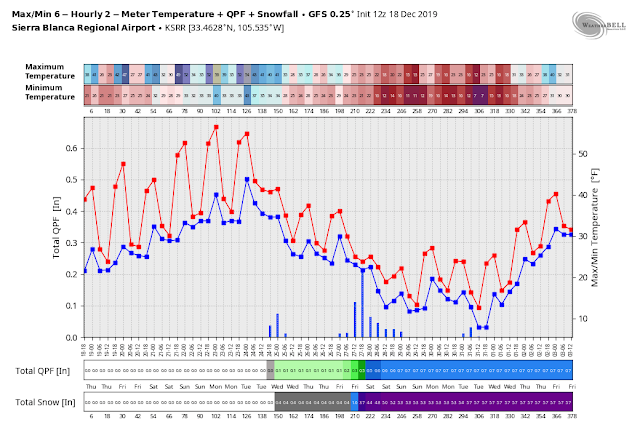