What appears on these radar screenshots to be a low topped supercell thunderstorm produced a possible tornado about 13 miles northwest of Clovis, New Mexico at 4:52 PM MST Friday, December 27, 2019. A tornado vortex signature was noted on the radar with a base at around 800' extending up through nearly 5,000' Gate to gate wind shear at this time was 43 knots/ inbound and 72 knots outbound at 800' above the ground (the lowest tilt on the radar).

The parent thunderstorm was moving to the northeast at 30 mph. It was a quick spin up and the rotation that promoted the Tornado Warning for East-Central Curry County quickly fell apart. Pea size hail was reported in Portales and near Clovis, while penny size hail was reported 4 miles north of Newkirk, southwest of Tucumcari.

Looking at the Cross-Sectional view (second screenshot from the bottom) and the Volumetric view (bottom screenshot) distinctively depicts a very slanted updraft into the thunderstorm. Note too that it only managed to top out at about 30,000'. 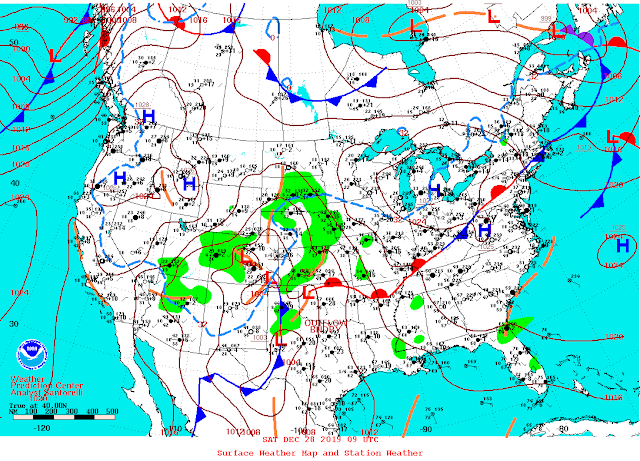 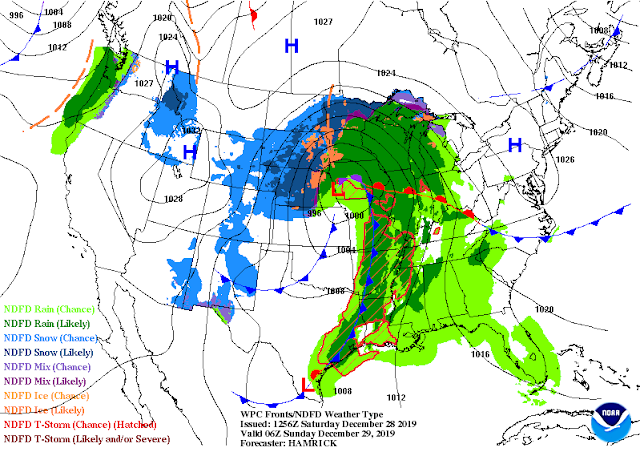 A Pacific cold front marched eastward across the state yesterday, arriving in Southeastern New Mexico yesterday afternoon. A reinforcing shot of colder air will settle in behind a second cold front moving southward into the local area by around midnight tonight. 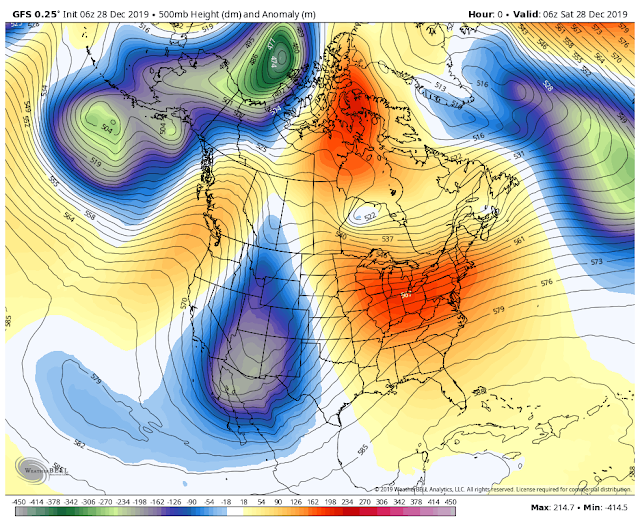 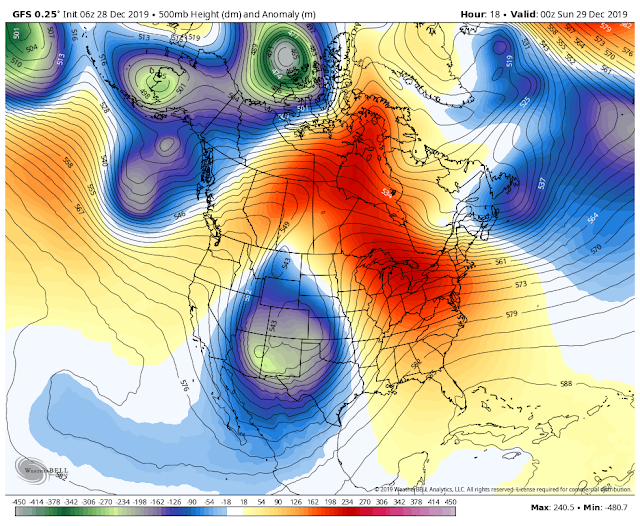 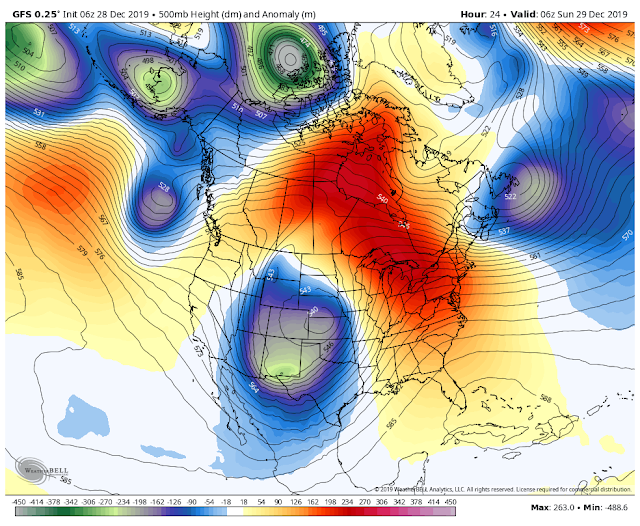 A short wave trough of low pressure at the mid-upper levels (18,000') will slowly swing eastward across New Mexico today into tonight before lifting out of the state on Sunday.
Both the GFS and the ECMWF models form a closed low over northwestern Kansas by tonight with a secondary core near El Paso around midnight.

Much colder air will invade the state today into Monday. This will allow snow levels to drop this afternoon in the Sacramento and Guadalupe mountains down to around 6,000'. By late tonight snow levels will be down to the valley floors. 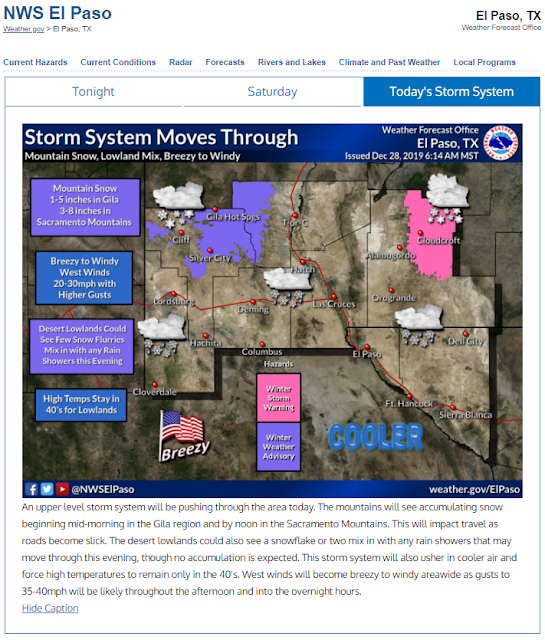 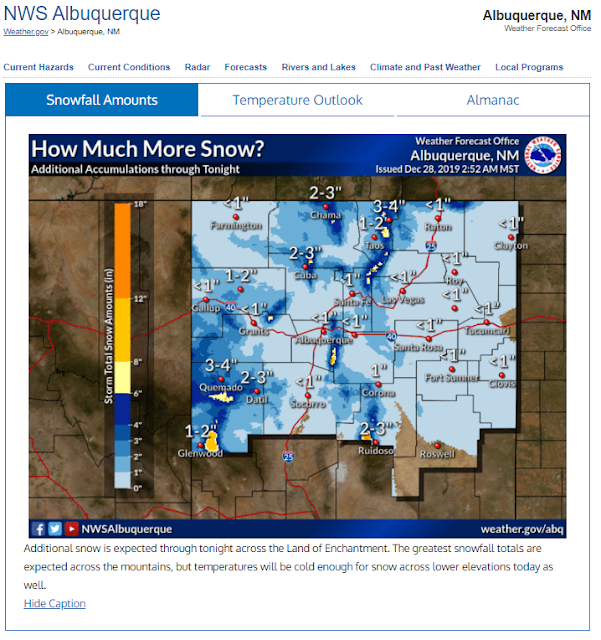 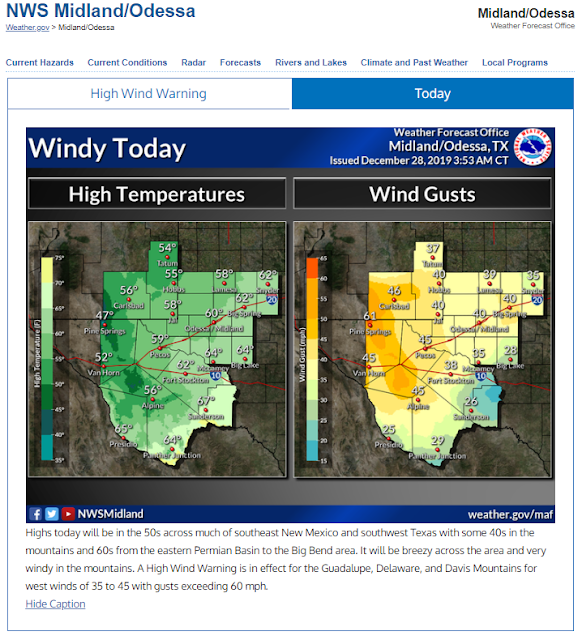 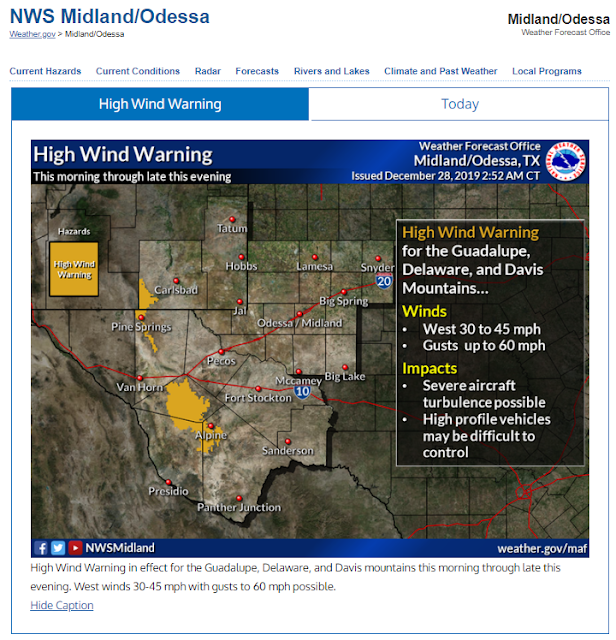 A High Wind Warning remains in effect for the Guadalupe mountains from 8 AM MST this morning through 8 PM MST tonight. West winds sustained of 30 to 45 mph with gusts near 60 mph are forecast.

Across the Pecos Valley and nearby areas, west winds will increase to sustained speeds of 20 to 30 mph with gusts near 45-50 mph. 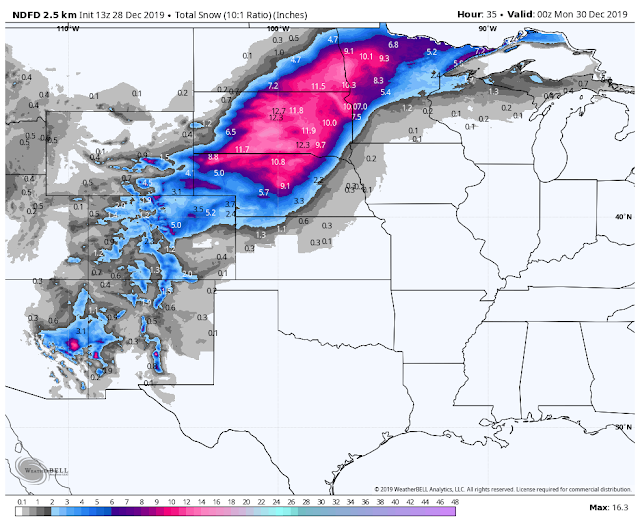 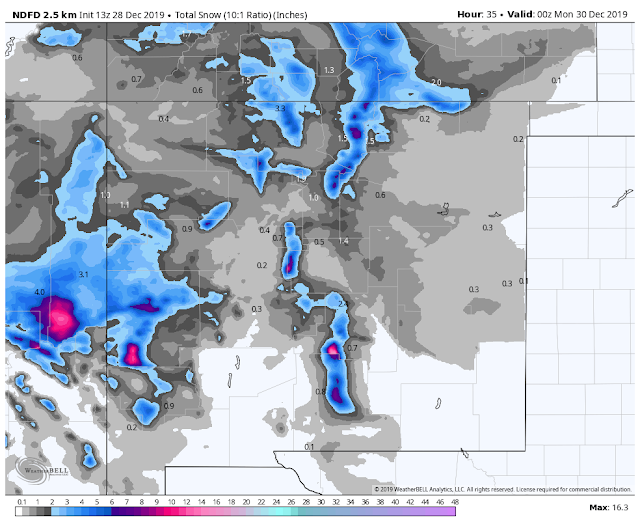 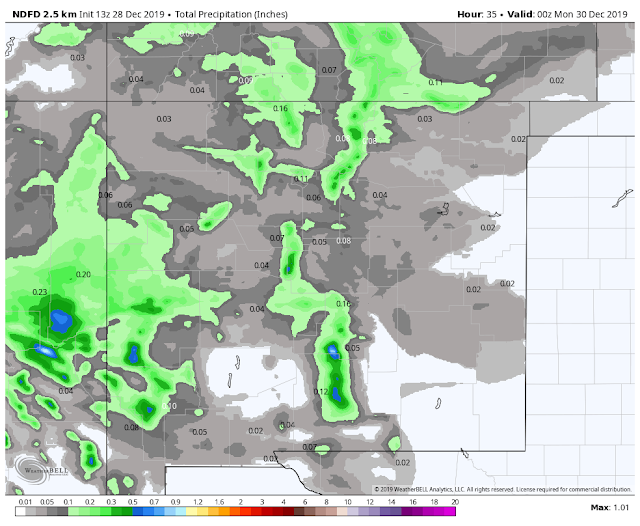 As the Winter Storm to our west works its way eastward into the area today into Sunday morning scattered rain showers and mountain snows are forecast to be on the increase over the area. Snow should start around noontime in the Sacramento mountains with lowering snow levels this afternoon into tonight.

Light rain showers tonight may change over to light snow showers across parts of the Southeastern Plains. Current thinking is that the best chances for snow locally will occur from about Roswell northward. With the heavier snowfall confined to the Sacramento mountains. Cloudcroft stands to get 5" to 8" from this storm with greater totals above 9,000'. The Ruidoso area should see 1" to 3" with 4" to 8" above 7,500'. Ski Apache may end up with a foot of new snow or more. 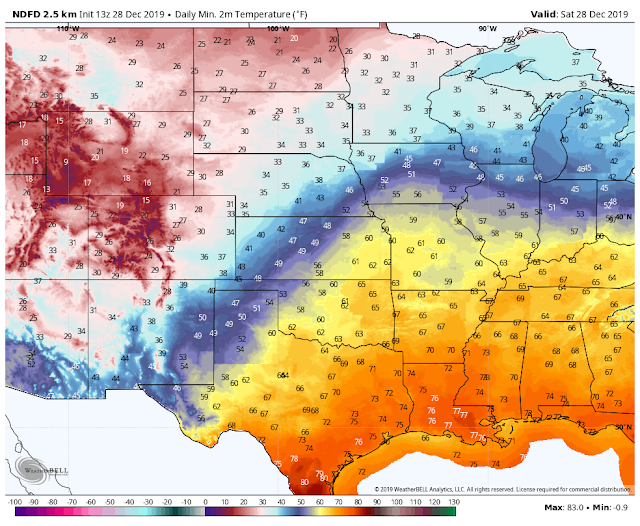 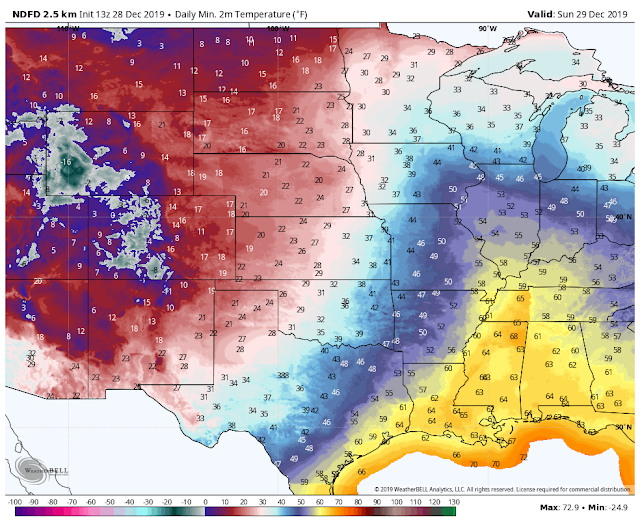 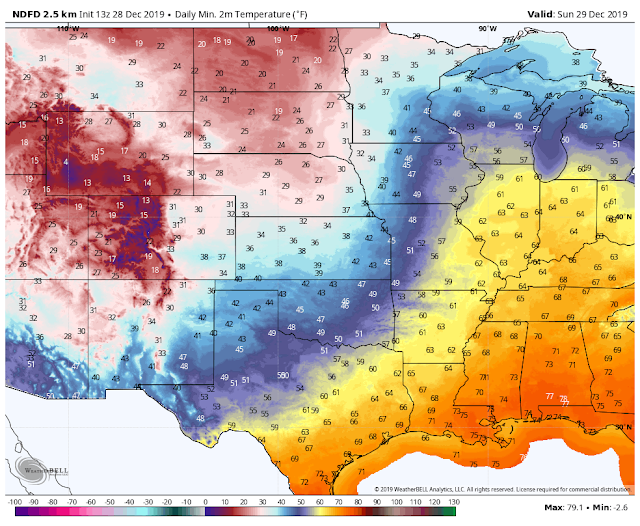 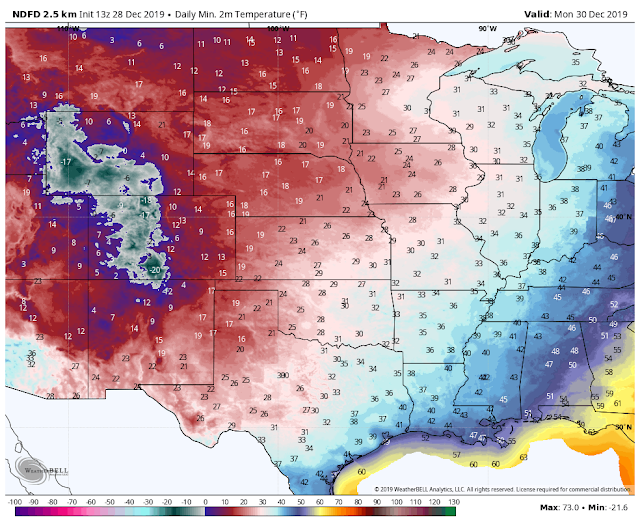 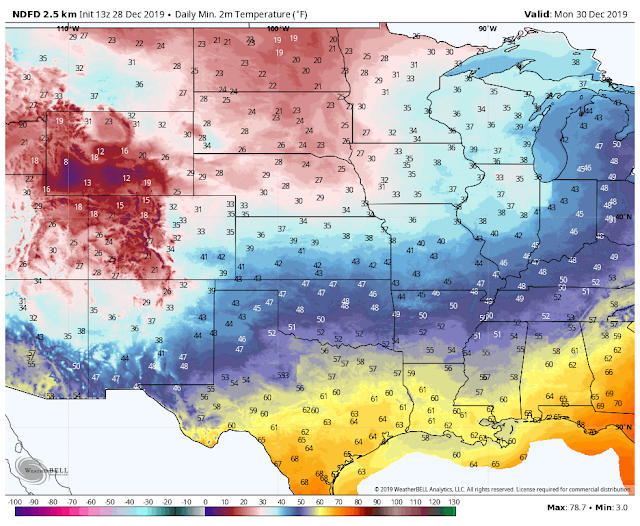