Snow Is Falling In Alamogordo, NM. At 3: 30 PM MST This Saturday Afternoon.

on Facebook. Looking up at Horse Ridge from the Walmart on Indian Wells, with NMSU-Alamogordo at left and the space museum just beyond. 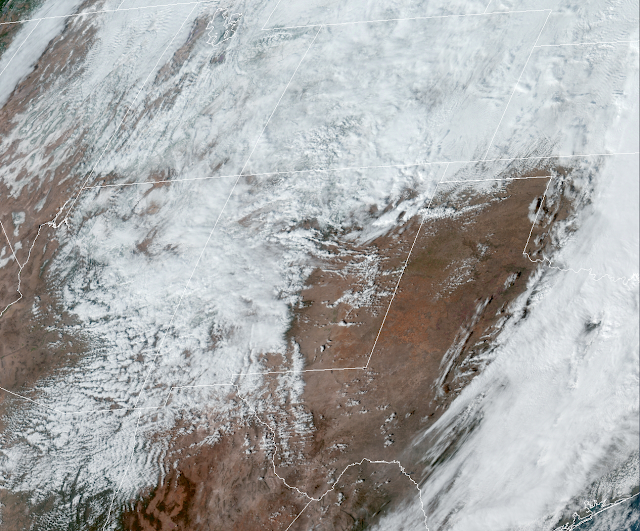 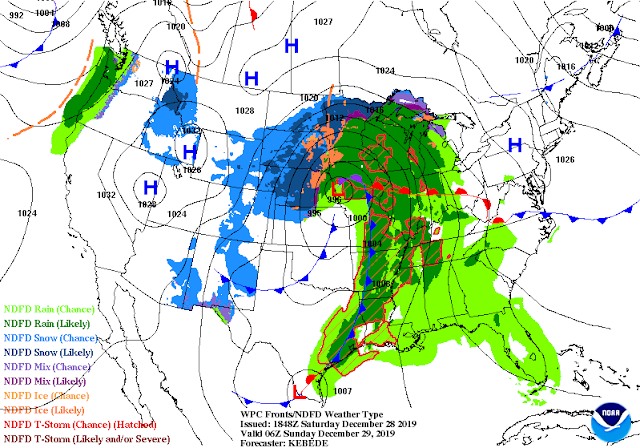 A second cold front is forecast to sink southward into the local area by around midnight tonight. Colder air will filter south with the frontal passage. This will help change light to moderate rain over to light to moderate snow along and just behind the front as it moves south.

Snow is falling early this afternoon in the Ruidoso and Cloudcroft areas. Judging by the visible satellite image this activity appears to be convective in nature so periods of moderate to heavy snowfall will continue to occur through tonight. Light snow showers are occurring in the Alamogordo area also as of 3:30 PM MST. 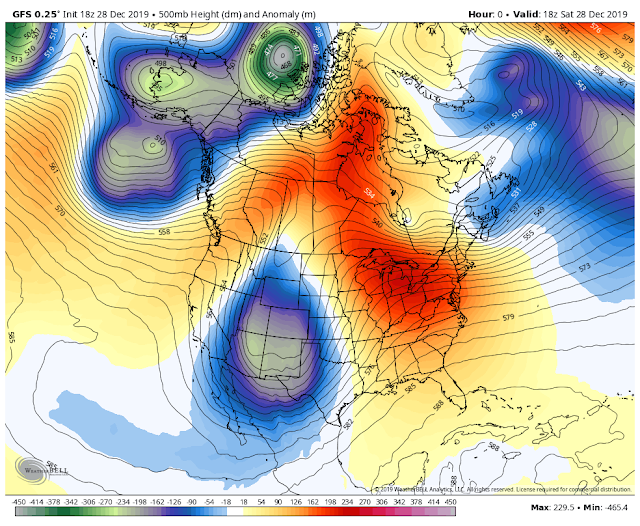 Valid At 11 AM This Saturday Morning. 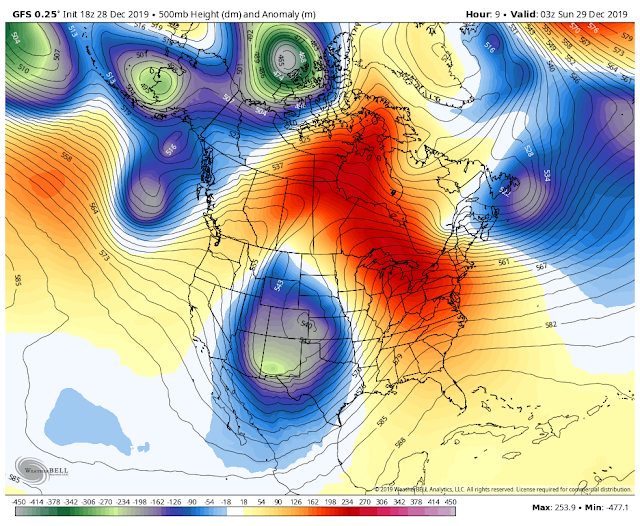 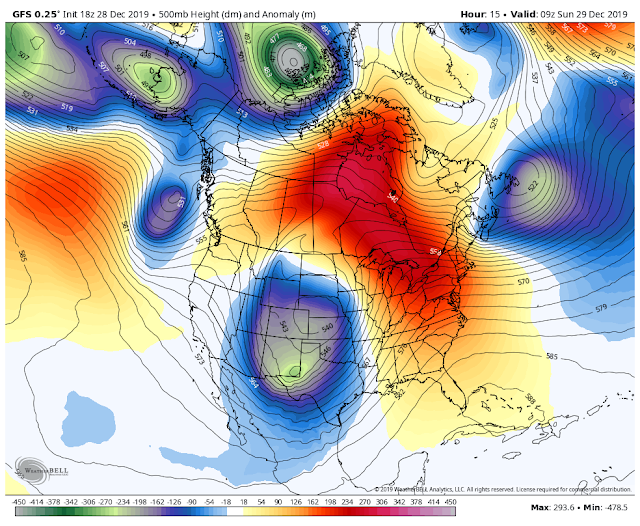 Valid At 2 AM MST Sunday Morning. 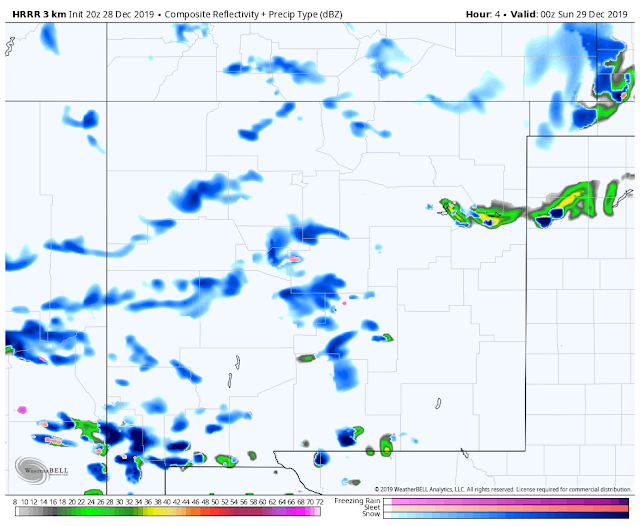 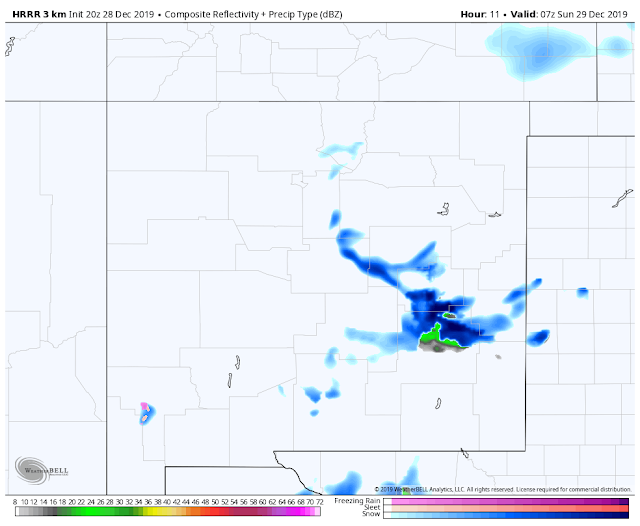 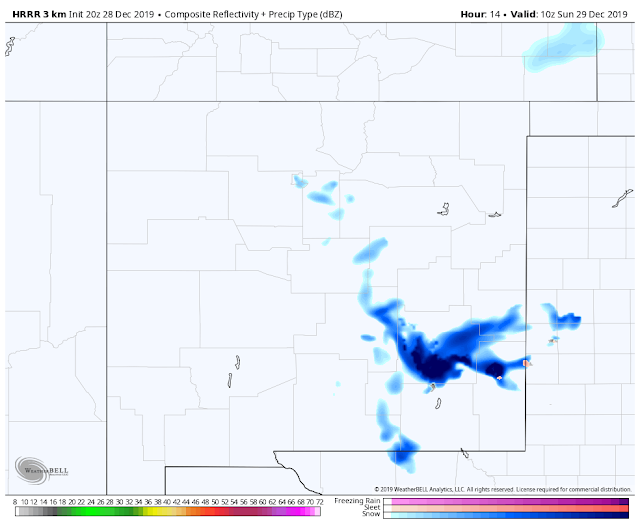 Valid At 4 AM Sunday Morning.

I've never been too impressed with most of the short-range model forecasts locally when it comes to their ability to forecast snow. They either over forecast our totals or under forecast them. I find it interesting that the High-Resolution Rapid Refresh Forecast Model (HRRR) this afternoon is picking up on snow breaking out over the local area with the cold front sinking southward tonight into Southeastern New Mexico. No doubt some limited upslope flow will enhance this activity along and behind the front. But two limiting factors to hinder snowfall will be a lack of significant low-level moisture and the fact that the closed low will pull eastward into West Texas by sunrise. This will leave us on the sinking side of the storm or the downslope side which effectively kills precipitation generation. 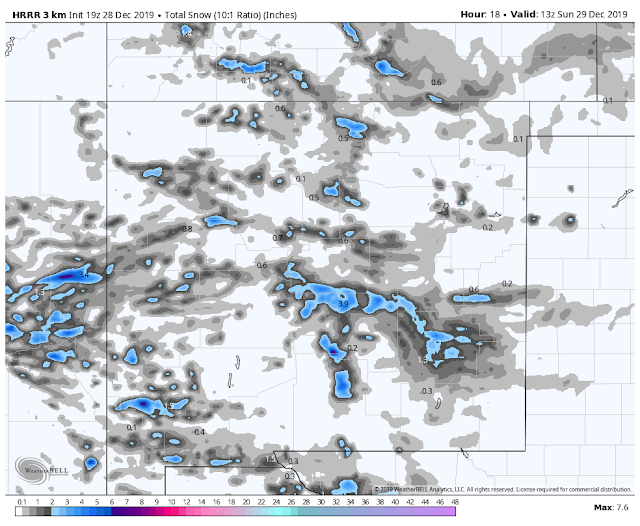 So this model forecast seems to think that the Roswell area could pick up anywhere from 1" to 2.5" of snow tonight into Sunday morning. Artesia perhaps a 1/2". Hobbs and Carlsbad just trace amounts or maybe ground cover.

My gut feeling tells me we are in for a surprise from this storm. It kind of reminds me of the children's storybook fable of "the little engine that could". I may be wrong but I think we are going to see white on the ground Sunday morning when we get up. I'm just not sure how much though but I'd bet on a couple of inches (maybe more) in a few spots here in SE NM. It's always a good sign for us locally when snow starts falling in southern New Mexico before dark and that's what's happening in the Las Cruces and Alamogordo areas now.

Don't be too surprised if some of us see more than what is forecast by this model while others may see less. Many times over my lifetime I've seen these seemingly insignificant little winter storms turn out to be a lot stronger than the models were able to forecast. Hopefully, this will be one of those times.

Radar shows rain changing to snow on the west side of Alamogordo at 3:47 PM MST this afternoon. Snow levels are forecast to lower to the valley floors tonight. This activity will continue to increase in intensity and coverage this afternoon into late tonight. 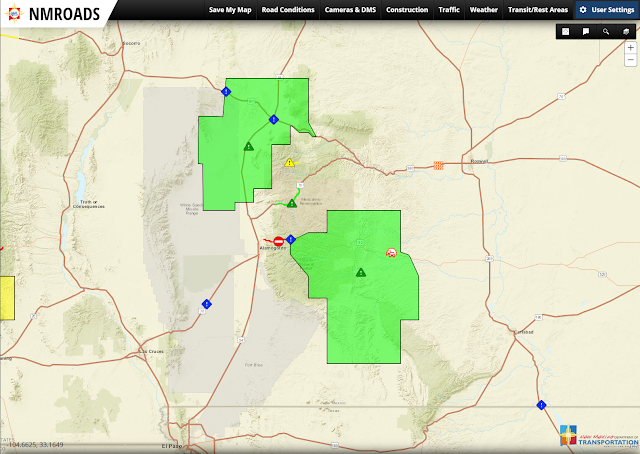 As of 3:45 PM MST this Saturday afternoon, U.S. Highway 82 has been closed between Alamogordo and Cloudcroft due to slick and icy snow-packed conditions. Driving conditions are becoming hazardous in the Carrizozo, Capitan, Alto, Ruidoso, and Mescalero areas too.

The Truth Is Stranger Than Fiction - And Sometimes It Hurts!
at Saturday, December 28, 2019