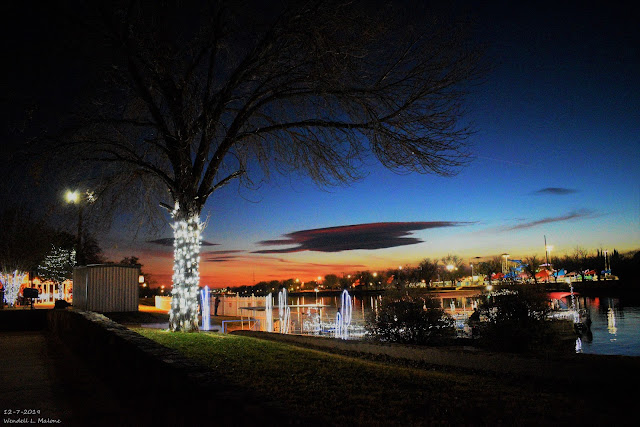 An Altocumulus Standing Lenticular Cloud (ACSL) formed over the Guadalupe mountains southwest of Carlsbad, New Mexico this past Saturday just before sunset providing a beautiful backdrop with the twilight.

Light rain has already fallen over parts of the local area overnight. A few of the heavier totals include .22" at Dog Canyon southwest of Queen, .22" at a Personal Weather Station (PWS) in Timberon, .17" at the Smokey Bear Raws in Ruidoso, .14" at a Personal Weather Station (PWS) in 16 Springs Canyon northwest of Mayhill, and .06" at Carlsbad Caverns (Bat Draw Raws). Rain will overspread the Southeastern Plains by around noontime today. 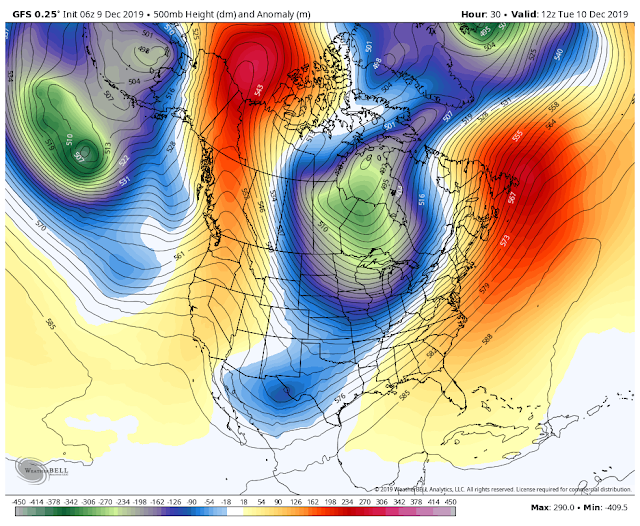 Last nights 11 PM MST run of the GFS model deepens our incoming Winter Storm a little more than the Canadian and European models. It also brings it in a little colder than the other two models. This will be a quick hitting storm and by sunset Tuesday it will be exiting stage right and headed northeast out of New Mexico. 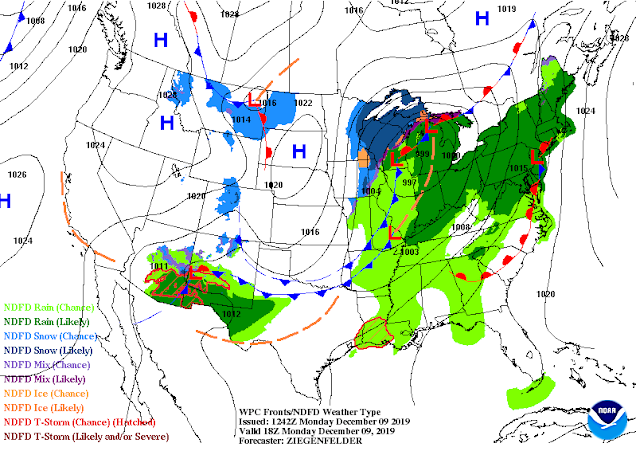 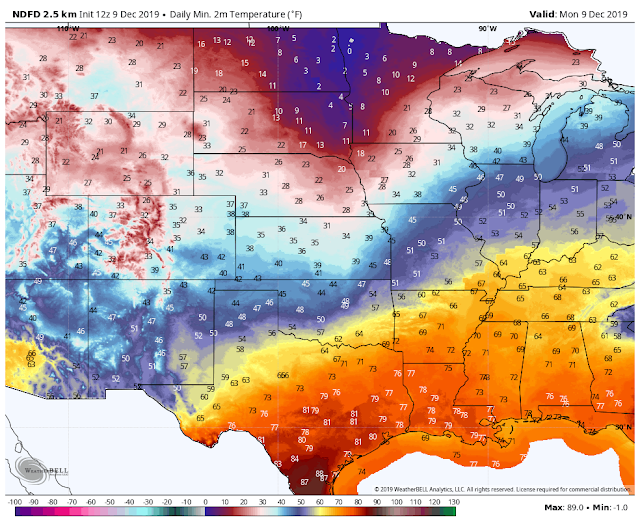 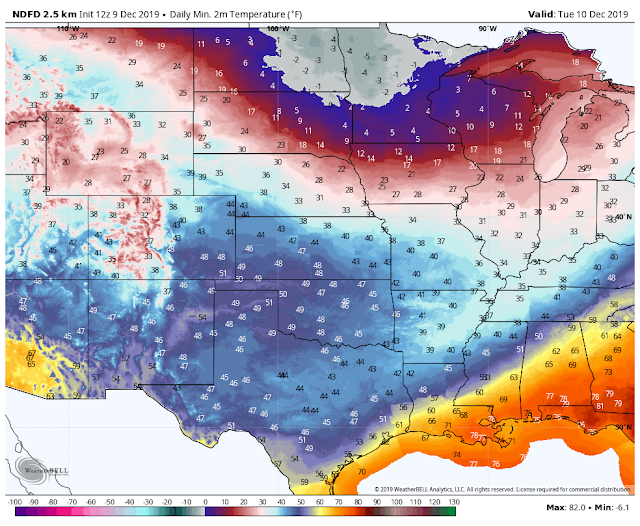 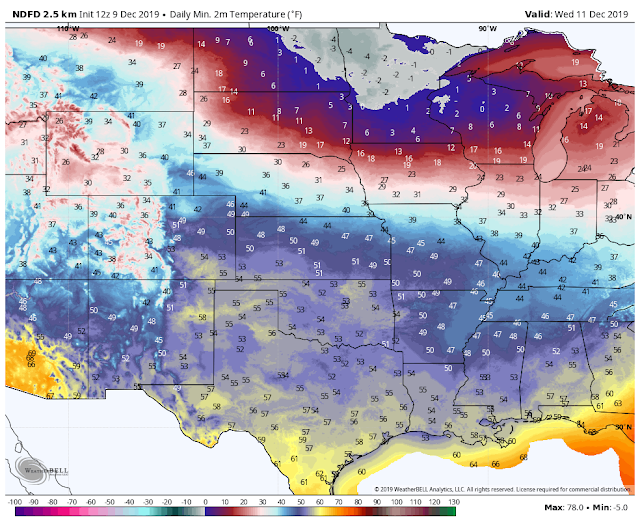 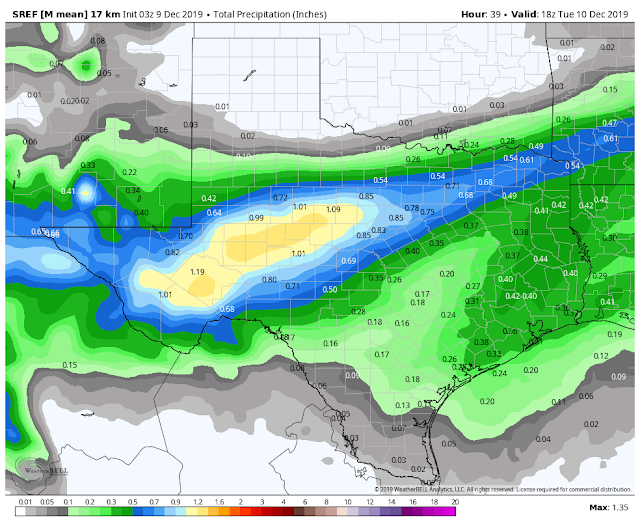 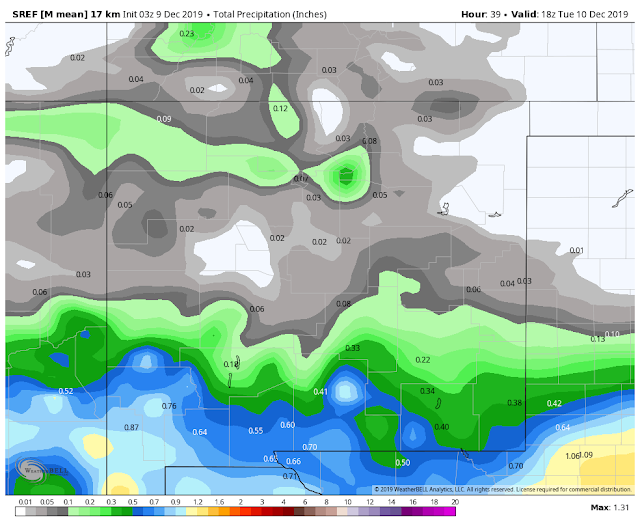 Rain will overspread the local area this morning and continue into tonight before becoming mixed with and then changing over to snow by sunrise Tuesday morning. Short rain model forecasts generally kick out storm total rainfall amounts of .25" to .75" over the area. As always there may be a few spots that get more than than this a few that get less. A few embedded thunderstorms may also occur with this storm. 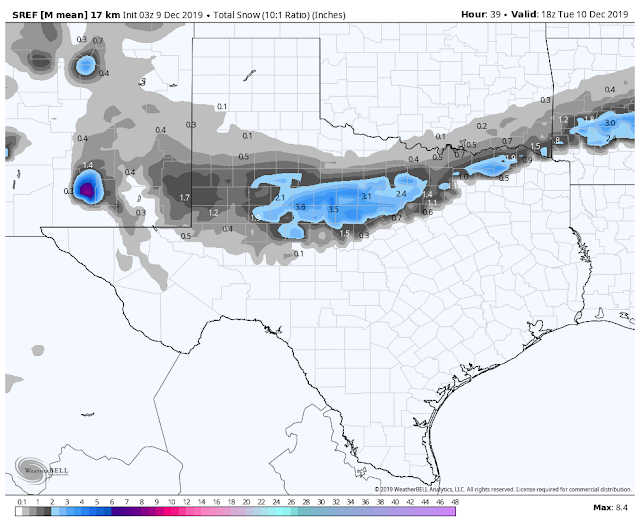 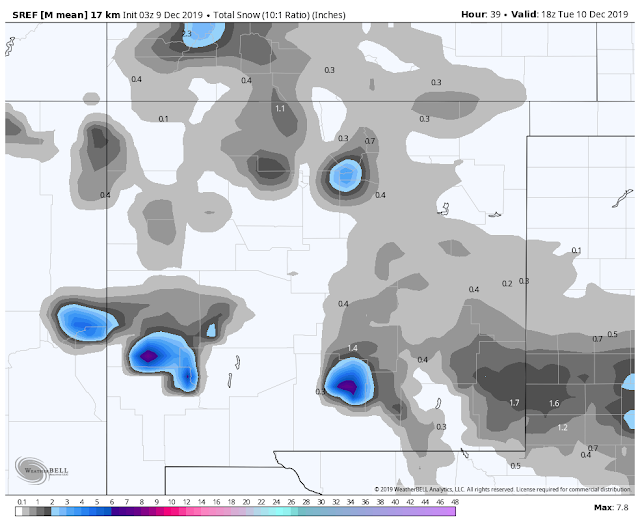 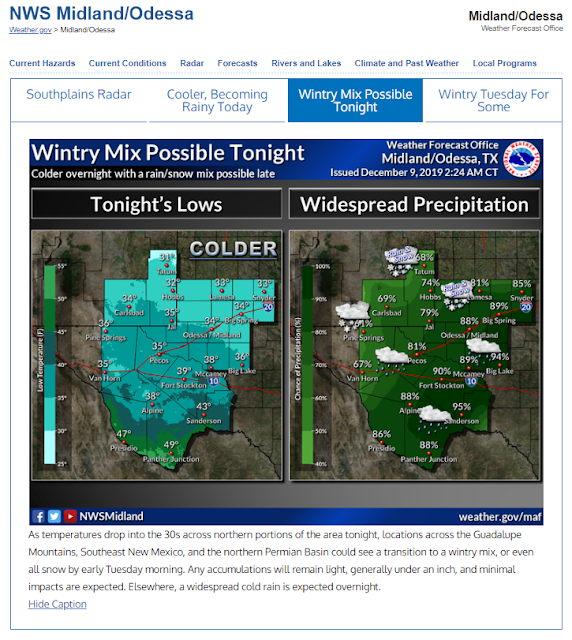 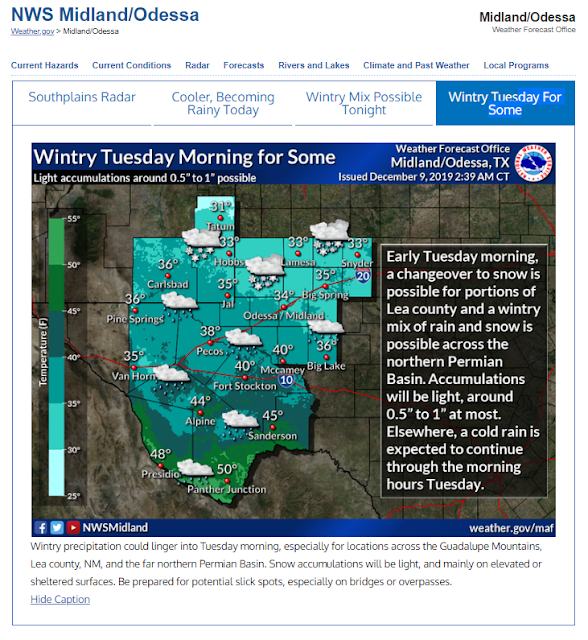 I'm not all that impressed with any of the model forecasts this morning concerning our snowfall potential. They all have different ideas concerning totals mostly on the "not" side. The SREF model is the most bullish of the short range models so I've picked its forecasts above.

Two problems with how much if any snow we get. One is the storm is not that cold. It has a lot of subtropical mid-level moisture to work with but ground temperatures are warm as is the atmospheric surface temperatures. Temperatures will fall this afternoon into tonight a colder air settles in behind the cold front and the atmosphere cools from top to bottom with the approaching closed mid-upper level low to our southwest.

A couple of inches are possible for the Ruidoso and Cloudcroft areas. With elevations in the Sacramento mountains above 8,000' getting more...like Ski Apache which could see 6" to 12".

It all depends upon how cold it gets and how quick temps drop down to near freezing late tonight into early Tuesday morning. Once again as with our last Winter Storm a couple of weeks ago,a couple of degrees difference in temperatures will make all the difference. A few degrees warmer and we get robbed as far as snow is concerned. A few degrees colder and we will get more snow than what is currently forecast by the models. Gotta love our weather and its quirks...I certainly do.