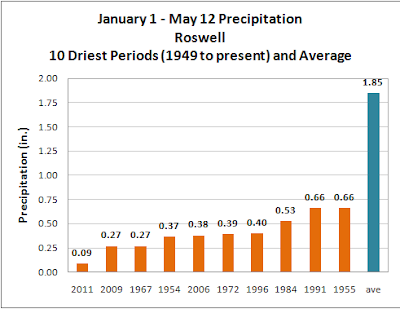 The statistics are similar in Roswell. Using records since 1949, January 1 through May 12 of 2011 has been the driest start to the calendar year with just 0.09 inches of precipitation reported. If we look at the historical data for the Roswell area that dates back to 1895, 2011 still ranks as the driest start to the calendar year. Statistics can change quickly - 1950 was in the top ten driest years up until May 11. However, on May 12, of 1950, 1.75 inches of precipitation was reported at Roswell and 1950 has been dropped from the top ten driest years. 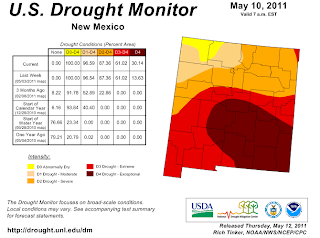 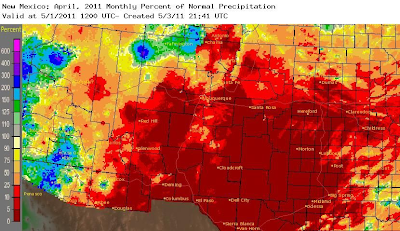 Graphics Are Courtesy Of The Albuquerque NWS Office. 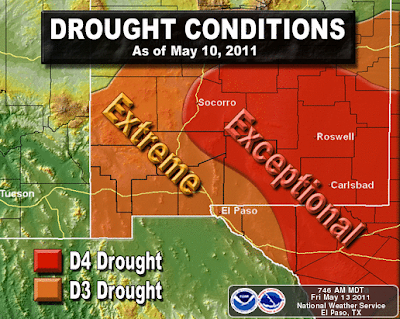