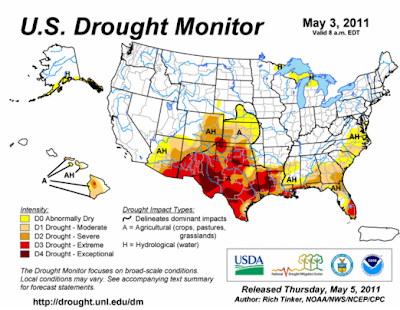 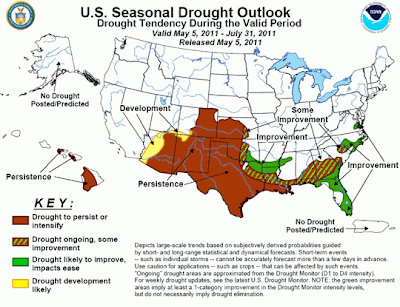 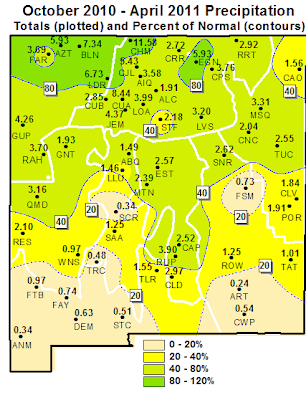 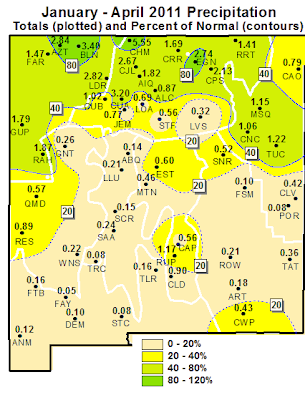 
Extreme Drought Grips SE NM & W TX!
Drought Information Statement.
Southeastern New Mexico and parts of nearby West Texas have been placed in the Exceptional Drought Status. If you look at the maps above its pretty clear that there isn't much hope of relief through at least July.
Our current ongoing La Nina continues to weaken out over the Equatorial Pacific Ocean, with most of the models predicting that we may return to ENSO-neutral conditions by July. This pattern would be more favorable for the development of our annual summer Monsoon to develop  around the first couple of weeks of July. Whether or not this happens is still questionable.
I think that there are a lot of similarities between this year and 2003, which was a very dry year across SE NM. The Roswell Airport only managed to record 2.90" of rain that year. Most reporting stations in the Pecos Valley recorded rainfall totals of between 5" - 7" in 2003. I hope that we don't end up as dry as 2003 but it sure looks that way.
Rest Of The Week Outlook.
Click On The Image To Enlarge It. 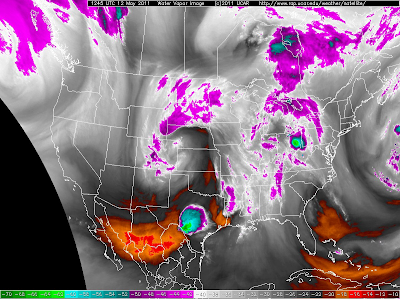 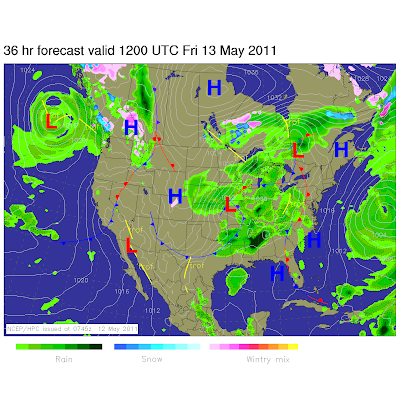 Map Is Courtesy Of NCAR.
A weak cold front is draped across the area today, and is expected to push south of the area later tonight. We should continue to see our afternoon high temperatures remain mostly in the 80's today into the weekend. The 90's will return by Monday.


The Water Vapor Satellite Image above depicts our latest upper level storm centered over eastern Colorado. For the better part of the fall, winter, and now the spring, the storm track has remained well north of SE NM and over northern New Mexico or southern Colorado. The southern end of these storms are always dry and windy, and as long as they continue to track to the north of us, then the dry windy pattern will continue to plague us.
The Truth Is Stranger Than Fiction!
Email Post