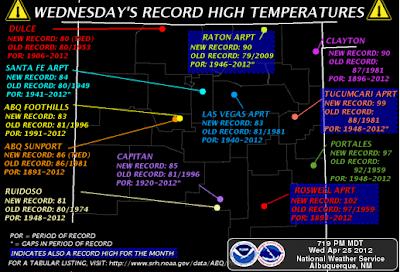 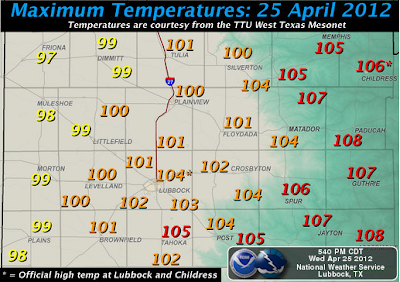 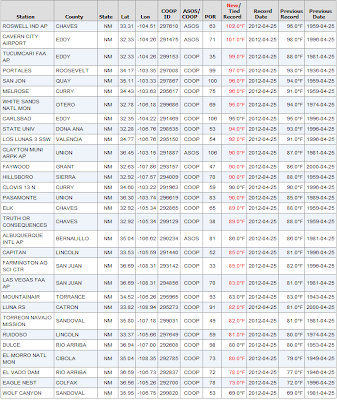 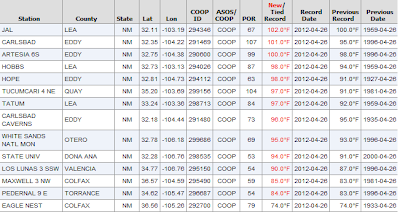 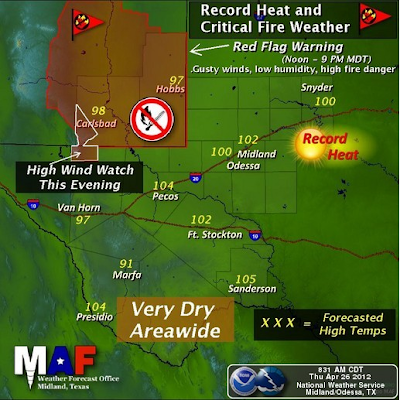 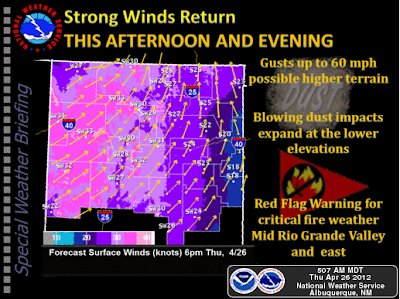 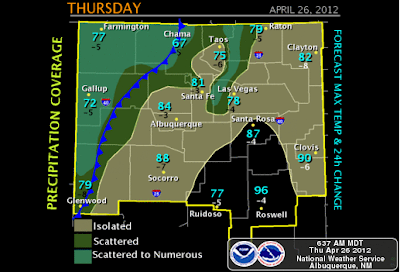 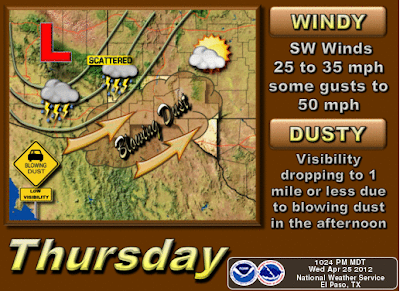 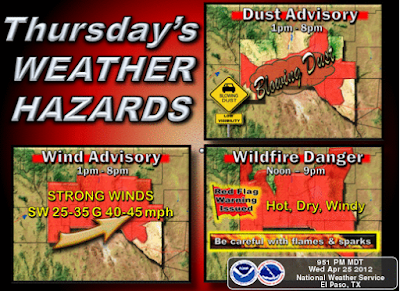 Red Flag Warnings cover the area today for Critically Dangerous Fire Weather Conditions. Please avoid any type of outdoor activity that involves the use of sparks or flame today. Any fire that may be accidentally started will have the ability to rapidly spread and grow in the strong wind gusts and extremely dry conditions.

The Pretty Bird Fire located 16 miles northeast of Pinon in the southern Sacramento Mountains continues to burn out of control as of yesterday's briefing. It had consumed 126 acres and was 0% contained. It is burning in very rough terrain.

Another hot day is in store for us today. Our afternoon high temperatures should climb up into the mid-upper 90's, and with these readings a few daily record high temperatures may be jeopardy of falling. A thick deck of mid-high level clouds will damper our highs just a tad and should keep today's readings down a few degrees below yesterday's. Southwesterly winds will kick up later today at around 15-25 mph with some locations seeing gusts of around 35-40 mph.

A cold front is still forecast to enter the area Friday night, which will spread cooler weather across the area into the weekend. Most of southeastern New Mexico will see highs in the 80's.

A trough of low pressure in the mid-upper levels of the atmosphere to our west this weekend, will eject disturbances northeastward across the state into the first of next week. These disturbances combined with an increase in low-level moisture should produce a few scattered t-storms across SE NM Saturday into the first of next week. Right now it appears that these t-storms will be the mostly hit and miss types, and many of us may not get much rainfall out of them.

The Truth Is Stranger Than Fiction!
My Web Page Is Best Viewed With Google Chrome.
Email Post