Click On The Maps To Enlarge Them.
Blog updated at 5:42 PM MDT. 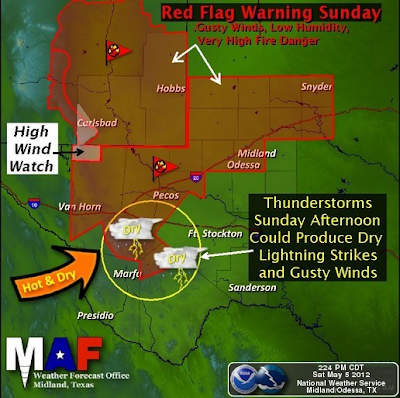 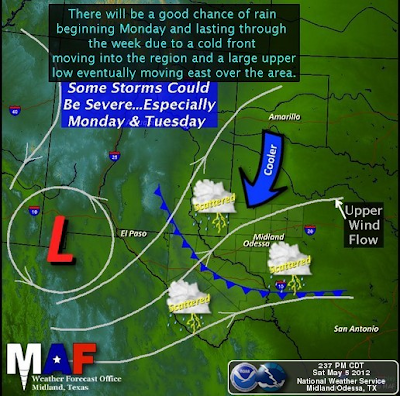 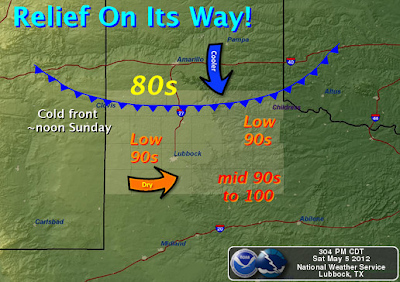 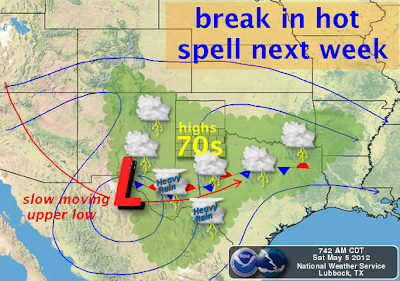 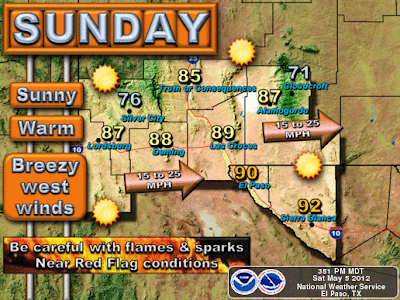 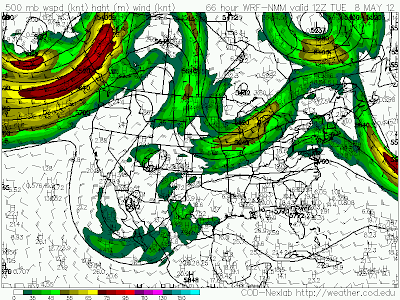 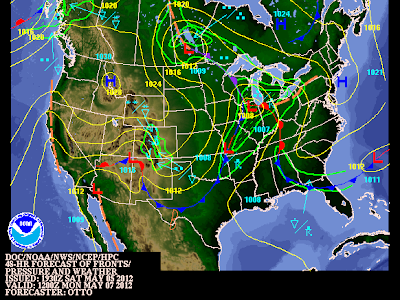 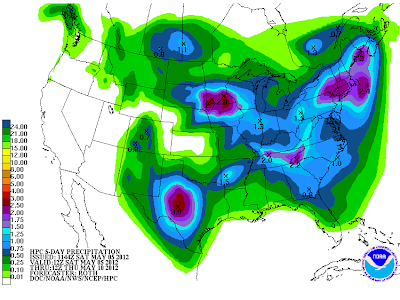 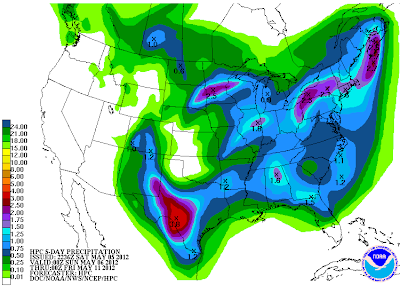 NWS HPC 5-Day Precipitation Total Forecast.
Wow take a look at the new updated 5-Day rainfall total forecast map above. I really hope that this forecast pans out. This would be incredible for southeastern New Mexico and west Texas next week. We desperately need this rain.
New Daily Record High Temps Set This Past Week.

A High Wind Watch remains in effect for the Guadalupe Mountains for tomorrow. Westerly winds sustained at around 30-45 mph with gusts near 65 mph are expected. One more day of hot and windy weather is in store for southeastern New Mexico tomorrow. Southwesterly winds will gust up to around 35-40 mph with our afternoon highs climbing up into the low-mid 90's.
Finally there is hope on the horizon coming in the form of some very badly needed rainfall and much cooler temperatures next week. Current computer model forecasts are indicating that widespread and significant rainfall will occur across much of the area next week. Some locations in southeastern New Mexico may see storm total rainfall amounts in excess of 2 inches by the end of the week. This could be locally higher in a few spots.
A strong cold front will be entering southeastern New Mexico by around sunset tomorrow evening. Much cooler air will overspread the southeastern plains and nearby areas behind the front Sunday night into most of next week. After seeing a week of record setting high temperatures ranging from the mid 90's to near 100 this past week,much of the lower elevations across the local area will struggle to get out of the 70's next week.

A cutoff mid-upper level low is forecast to drop southward into northern Arizona tomorrow and the drift slowly southeastward into the first of next week. It will then crawl slowly eastward across the state by the middle to the end of next week. This slow movement will enhance our chances of rainfall across the area next week.
There will be a risk of severe thunderstorms across the area Monday and Tuesday, and perhaps over parts of the area the rest of the week as well. Spotter activation may be needed in the local area.
Locally heavy thunderstorms rains will have the potential to produce localized flash flooding in some of our normally dry arroyos next week. This will be especially true over and near the burn scar areas created from last years fires.
The Truth Is Stranger Than Fiction!
My Web Page Is Best Viewed With Google Chrome.
at Saturday, May 05, 2012