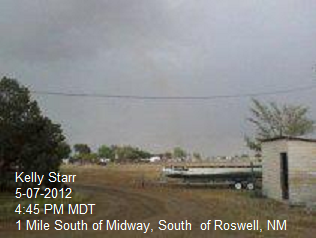 It appears that this is a photo of a tornado north of Midway, south of Roswell, New Mexico. The photo was taken on Monday, May 7, 2012 at 4:45 PM MDT by Kelly Starr. He posted it on the KZ93 FaceBook Page. I tried enlarging the picture (second photo) but it didn't come out too good.

I was able to contact Mr. Kelly and he sent me the original photo, but since it was taken on his cell phone it does not upload any better than the two above. Here is his description of the event.

"I live 0.8 miles west of hwy 285 on Darby rd. the twister was faily large west of the house and stirred up a lot of dust on the desert. Then it lifted, I watch the rotating cloud come closer and right over my house. The twister reformed about a mile or so to the east as a rope tornado, but it looked violent. i could see the edge of it really churnning and stuff in the air. that when i snapped a photo with my cell phone. its not a great picture, but it can be seen." 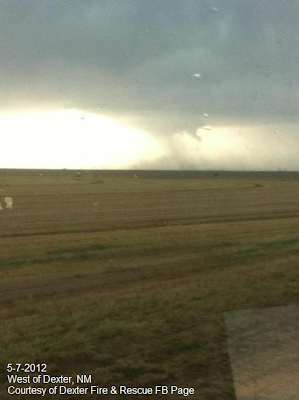 Its hard to tell in this photo but I suspect that with all of the blowing dust underneath the Wall Cloud and the Funnel Cloud, there is a real possibility that this was a tornado. Tornadoes do not always have to have a visible connection between the funnel cloud and the debris cloud on the ground. This is caused by dry air at the lower levels of the atmosphere underneath the Wall Cloud. 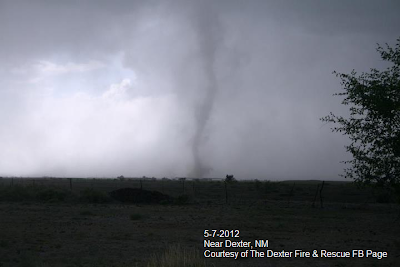 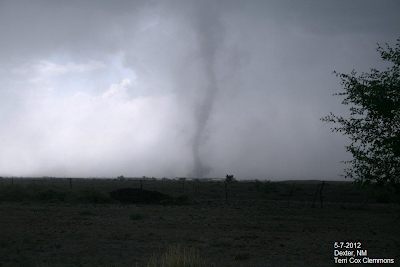 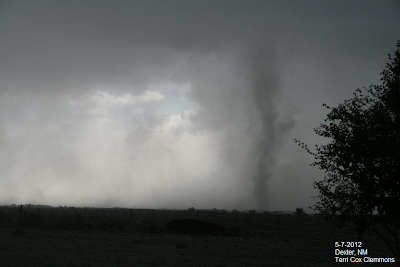 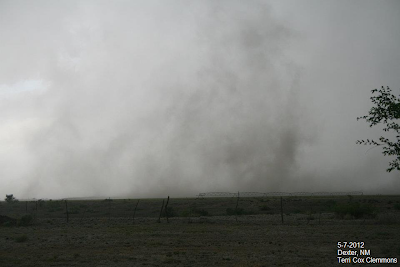 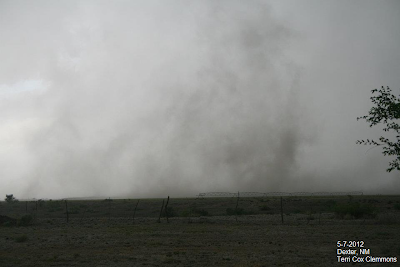 Top Four Photos Of Are Courtesy Of Terri Cox Clemmons
of Dexter, New Mexico. Shot On Monday, May 7, 2012
Near Dexter.