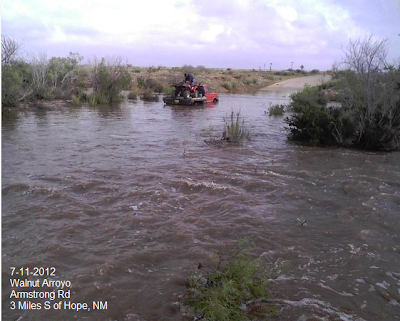 A high water rescue occurred on this arroyo around 9 AM
this morning according to Robert Brader, the Eddy County
Fire Services Coordinator. The water depth across Armstrong
Road was reported to be 3 - 4 feet deep and rising. 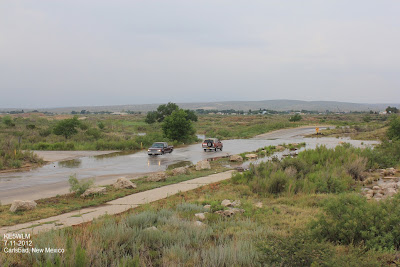 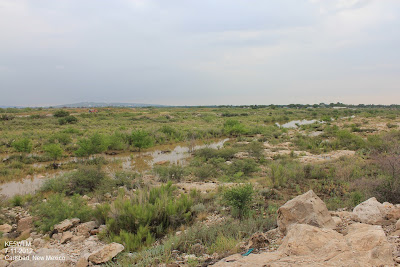 Relatively minor flash flooding has occurred in the Carlsbad
area over the past two days. This is mostly a result of flooding
of the normally dry Hackberry Arroyo, which in turn has flowed
into the Dark Canyon Arroyo at Radio Blvd & Boyd Drive. Water
levels have risen a couple of feet at times.

Now compare the top two photos with the photos above.
I shot this photo at the very same location on June 24, 1986.
The water depth in Dark Canyon on June 24, 1986 was lapping
at the bottom of the bridge next to today's Latendas Thriftway
on south Canal Street.

51/2" of rain was recorded at the Carlsbad Airport in 24-hours,
with a total of 7" in three days.That brought the monthly total up to 81/2".
Flash flooding on every arroyo from north of Roswell, south to the NM/TX
state line occurred.

I took this photo of normally dry Four-Mile Arroyo from the
bridge, on US Hwy 285 on June 24, 1986. The flood waters
eventually topped the bridge to a depth of a couple of feet
on the highway and shut it down for a time. 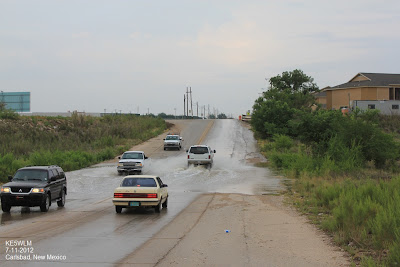 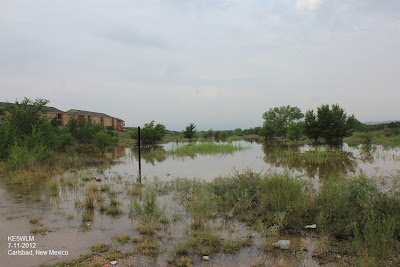 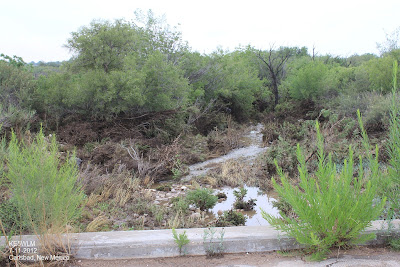 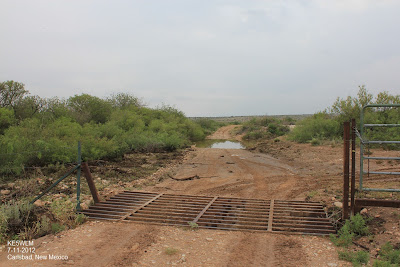 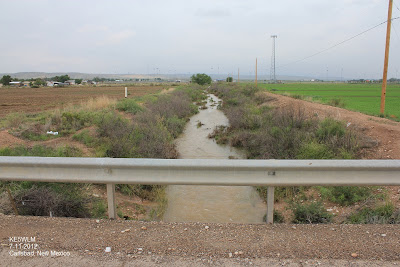 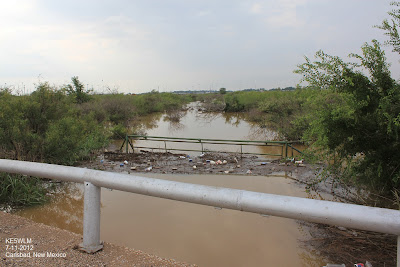 With the return of our annual summer monsoonal rains, and the potential for El Nino conditions to develop by next month or September, the threat for flash flooding has increased across southeastern New Mexico. This threat is being exasperated by the recent burn scars across the Guadalupe, Sacramento, and Capitan Mountains.

My Web Page Is Best Viewed With Google Chrome.
at Wednesday, July 11, 2012