We Are Better Off Than We Were One Year Ago. 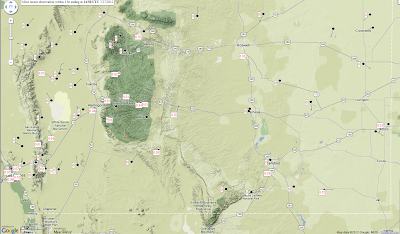 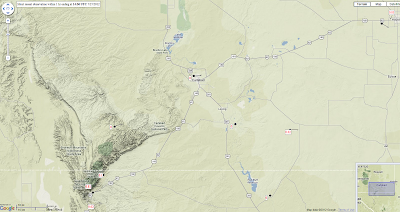 Once again a few scattered thunderstorms broke out over the southeastern plains yesterday. Some of these storms were still ongoing over the Sacramento Mountains as of 10 PM last night. Most of the rainfall reporting stations managed once again to miss the heavier rainfall totals in southeastern New Mexico. Most of these storms have been of the pulse-type, they pop up and dissipate rather quickly. Overall storm coverage has been rather disappointing so far the past couple of days. 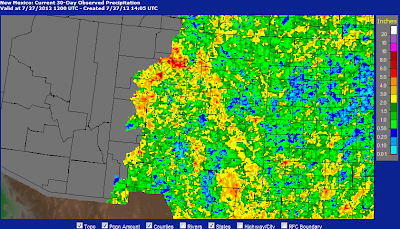 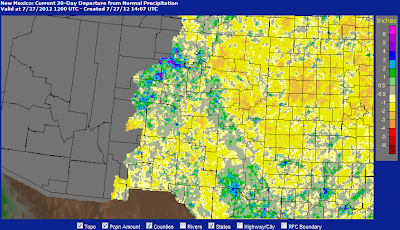 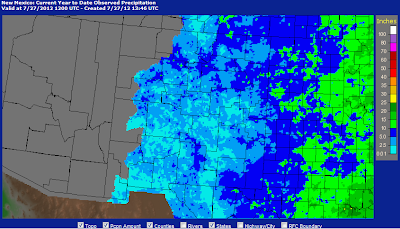 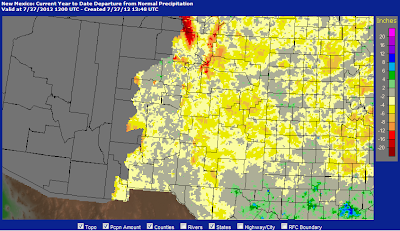 Parts of southeastern New Mexico have received normal or slightly above normal July rainfall totals so far this month, but overall many areas are still running below normal for the month. The picture is a little more bleak when you look at the "Year To Date" rainfall totals for the area.Most of the local area continues to run below normal rainfall-wise for the year. Conditions are markedly better compared to last year, but we have a long way to go before the drought ends. 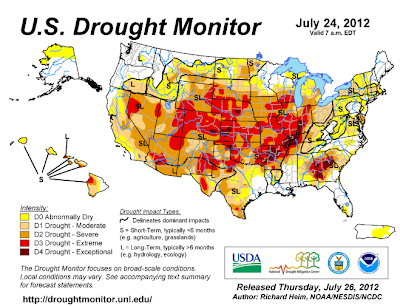 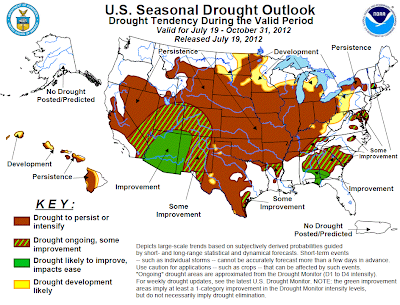 While the drought continues to spread across much of the country, here in southeastern New Mexico we have seen some improvement in the drought, as well as across other parts of the Desert Southwest.

Typically, July-August-September are our three wettest months here in southeastern New Mexico, with the majority of our annual rainfall falling during this time. Hopefully our recent trend of gradually improving conditions will continue into the fall. Our developing El Nino is forecast to continue to strengthen this fall...so hopefully we will have a wet "fall-winter-spring" ahead of us.