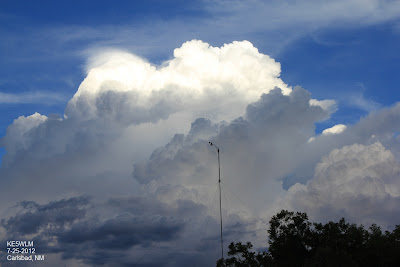 T-Storms formed fairly quickly late yesterday afternoon east
and southeast of Carlsbad. They eventually very slowly
moved off to the southeast. The long blue line is caused
when the radar beam interacts with the setting sun. Radar
estimates indicate the heaviest rains fell east and southeast
of Carlsbad yesterday evening.

Scattered T-Storms formed over the Sacramento Mtn's
yesterday and persisted well into the night. Some produced
locally heavy rainfall. The heaviest totals estimated by the
El Paso and Holloman AFB Doppler radars fell between
Sacramento and Timberon. Radar estimated around 2"
of rain fell in 24-hours. 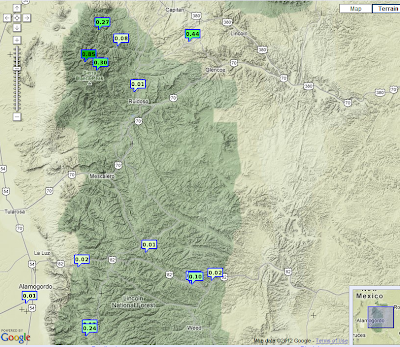 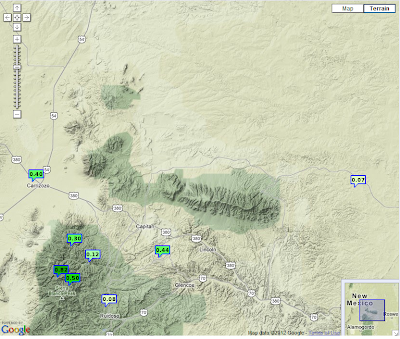 Maps Are Courtesy Of The NWS Mesonet Observations.

CoCoRaHS 24-Hour Rainfall Totals In Otero County.
Most of the heavier rainfall totals apparently missed the
reporting networks of rain buckets.
The Truth Is Stranger Than Fiction!
My Web Page Is Best Viewed With Google Chrome.