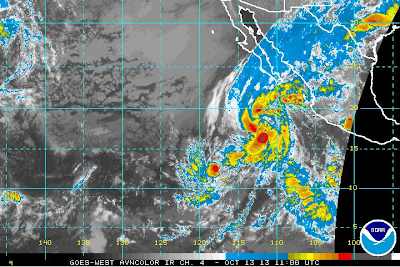 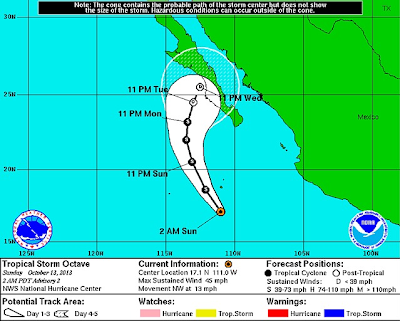 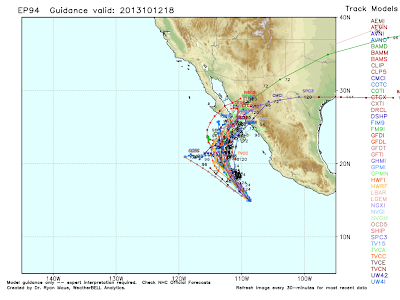 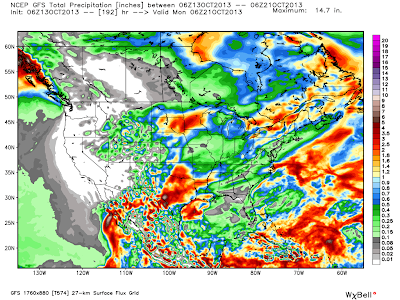 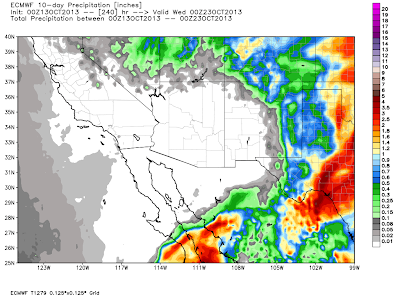 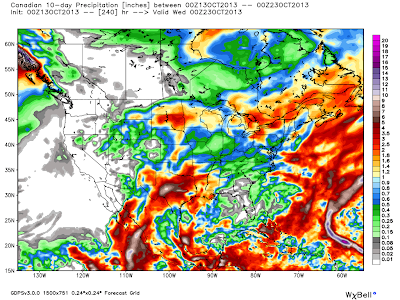 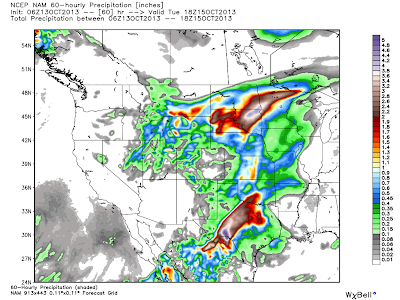 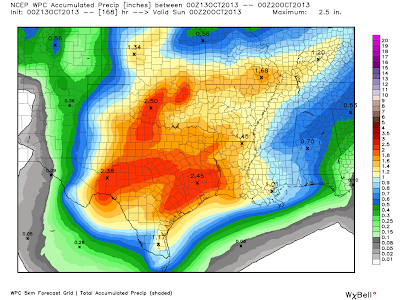 Once again we see the computer forecast models struggling with the expected rainfall totals from the remnant moisture of Tropical Storm Octave as it spreads northeastward into our area from south of Baja, Mexico. Typically the models have a tendency to underestimate the rainfall that these tropical systems can produce over the area, as they move inland over Mexico and break up over the Sierra Madre Mountains, and spread their remnant moisture over us.

We will have to continue to watch the exact track that this tropical moisture plume takes because any westward shift in this moisture plume will further increase the heavy rainfall across southeastern New Mexico. I think that localized flash flooding will be a possibility today into tomorrow across parts of southeastern New Mexico. I expect to see some local rainfall totals between today and tomorrow fall into the 1" - 3" range, possibly higher in a few spots.

A Flash Flood Watch has been issued for parts of west Texas through Monday afternoon for storm total rainfall amounts of over 2".