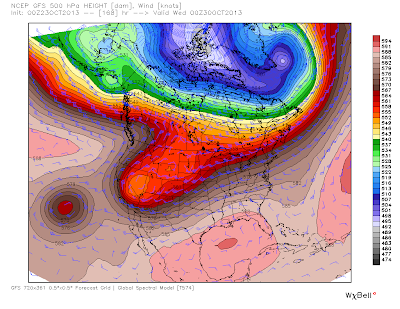 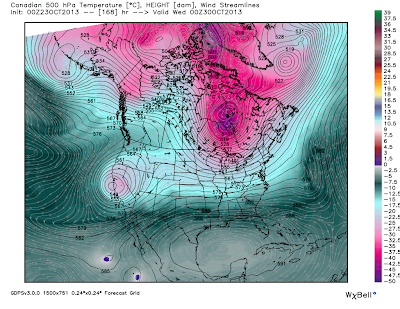 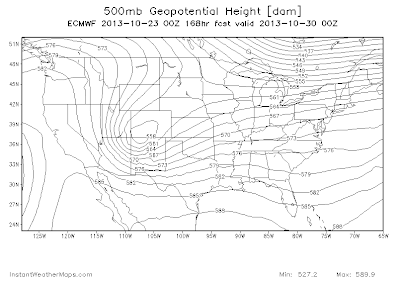 Halloween week is shaping up to be quiet interesting weather-wise. It appears that the seasons first significant winter-like storm will drop southward into the Desert Southwest by next Tuesday into Halloween. Naturally this far out the models haven't gotten a good handle on the exact track of the mid-upper level storm. Much will change concerning this storms forecast track and its affect on New Mexico. So nothing is set in stone just yet.

Regardless this storm holds the promise of a variety of weather for New Mexico and nearby areas next week. Strong winds, colder temperatures, rain, and snow are all in the cards for some of us. 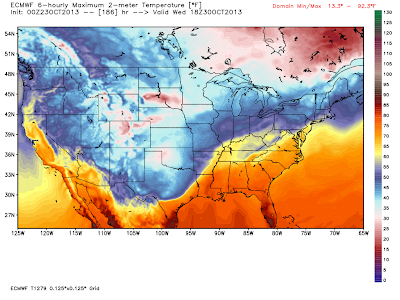 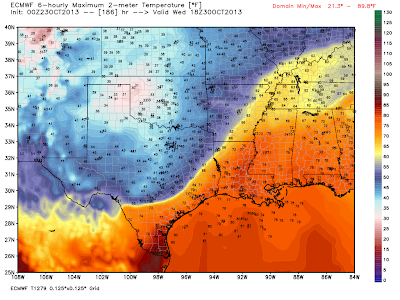 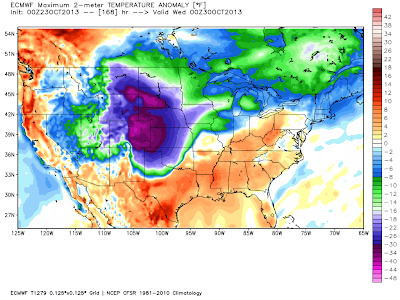 If the European model is correct and the storm tracks further to the east sooner...then the colder air would arrive faster than the other models indicate here in southeastern New Mexico. And as is depicted in the snowfall maps below, snow would fall as far south as the northern sections of  Chaves and Lea Counties. If this model is correct we would only be looking at high temps Wednesday in the 40's locally. But don't bank on this one models forecast just yet.

Much of what happens and when next week is going to depend upon how far south and west the mid-upper level storm digs, and whether or not it moves across New Mexico as a closed low, or an open trough of low pressure. Ahead of this approaching strong storm we can expect to see our afternoon high temperatures be above normal early next week. Highs will likely climb up into the low - mid 80's across southeastern New Mexico by next Monday and Tuesday. 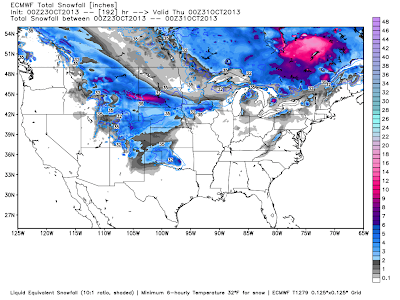 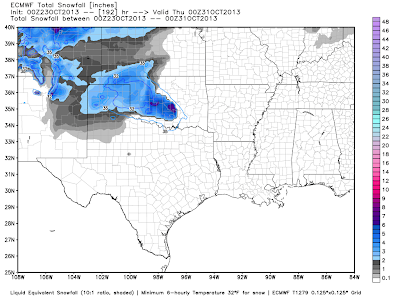 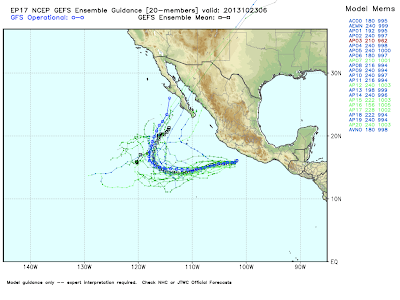 While some of the remnant moisture from Hurricane Raymond get sucked northward into the Desert Southwest, and add to the mix, by the digging upper-level storm next week? Lots of unknowns on this yet.