Last Nights Storm Was A Dud - Maybe Tonight's Will Do Better Snowfall-Wise. 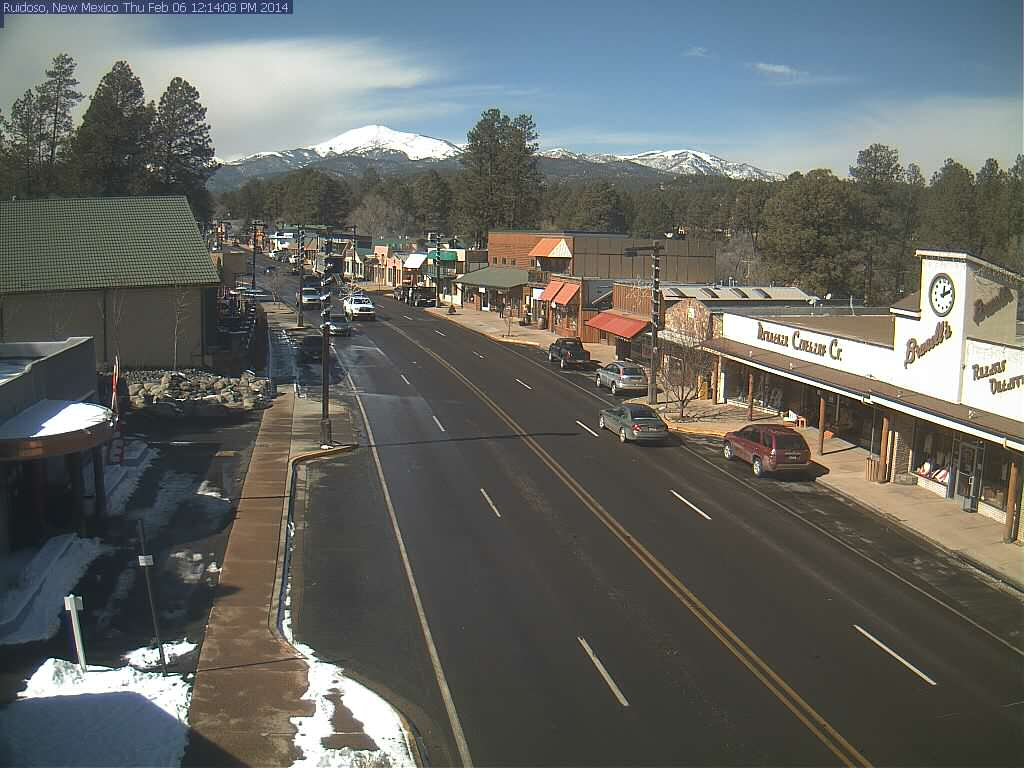 Last nights snowfall was somewhat of a disappointment if you were hoping for something on the ground this morning. Although light snow flurries occurred over most of the local area yesterday into last night, and even in a few spots this morning, overall new snowfall totals were not impressive.

Even the Sacramento Mountains didn't get much more than a dusting. Ski Apache picked up the most snowfall with 2" of new snow which brings their 48-hour total up to 14", their storm total up to 16", and the seasonal total up to 44". 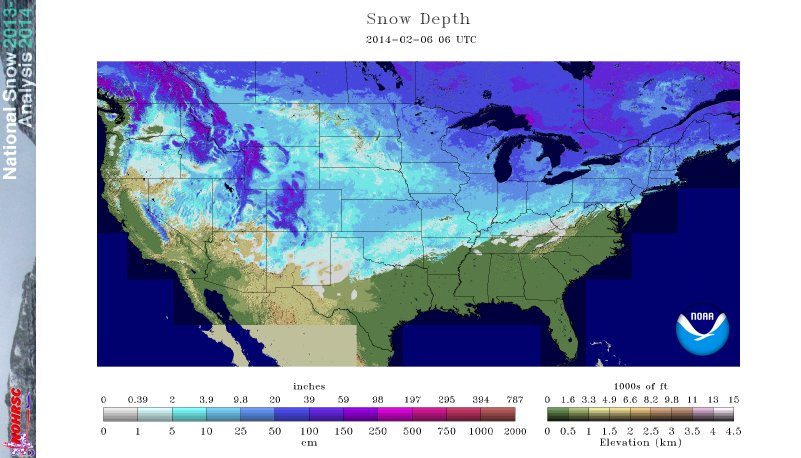 64% Of The Nation Had Snow On The Ground This Morning. 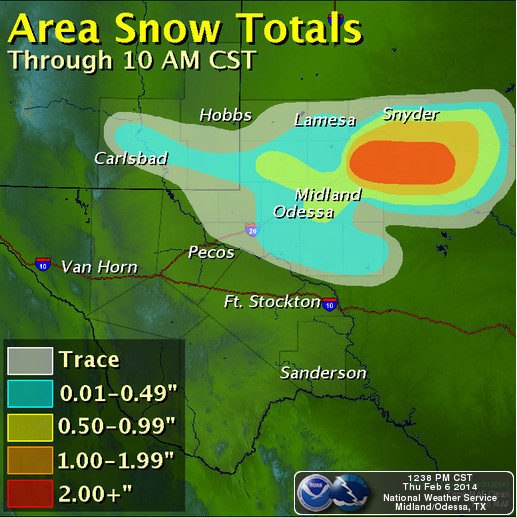 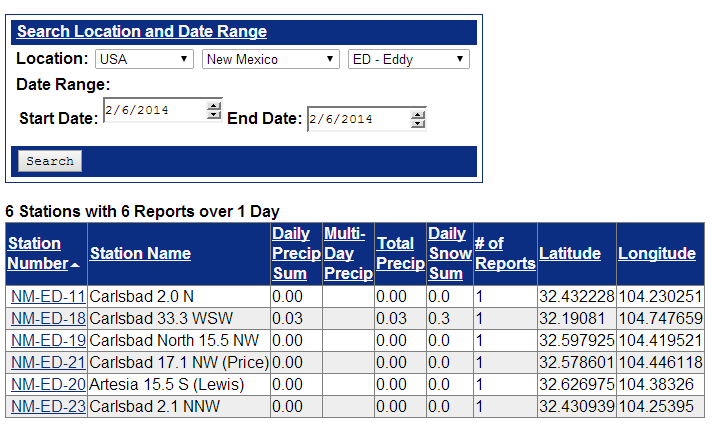 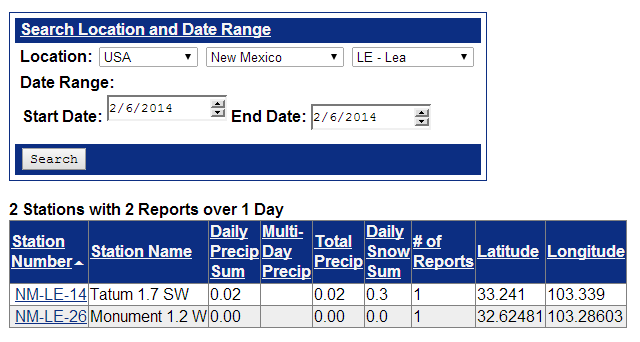 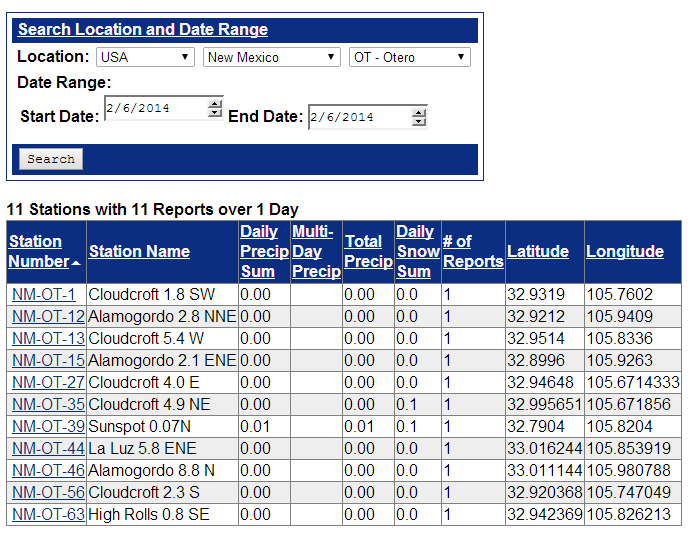 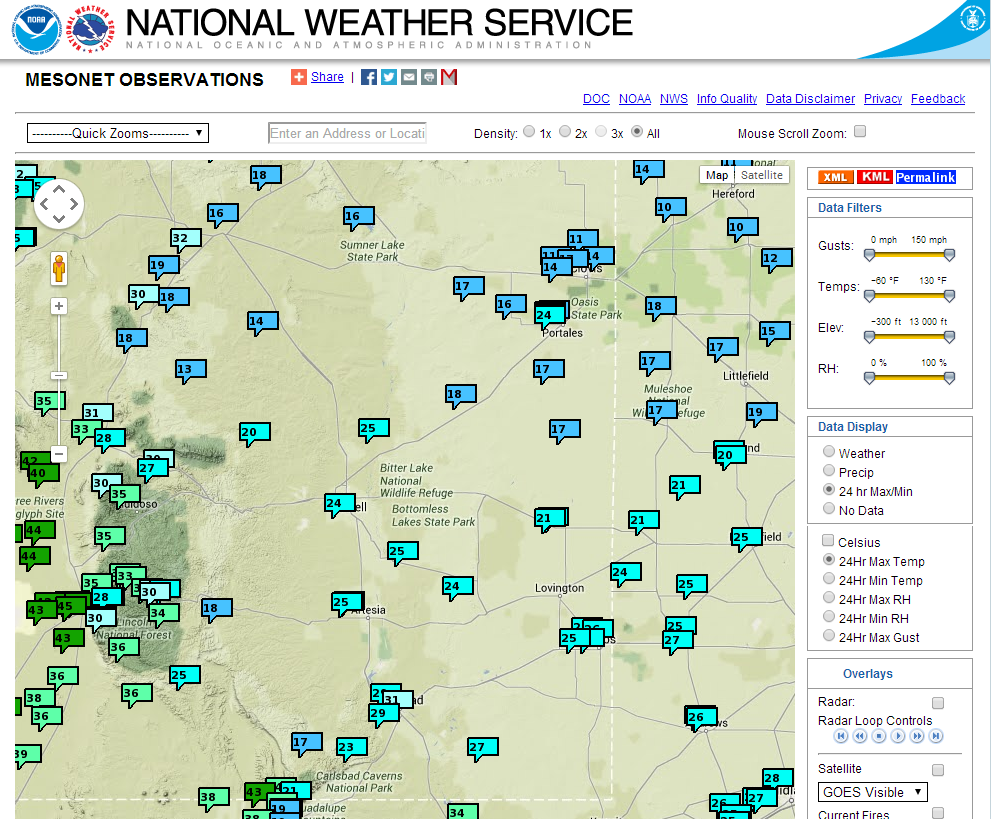 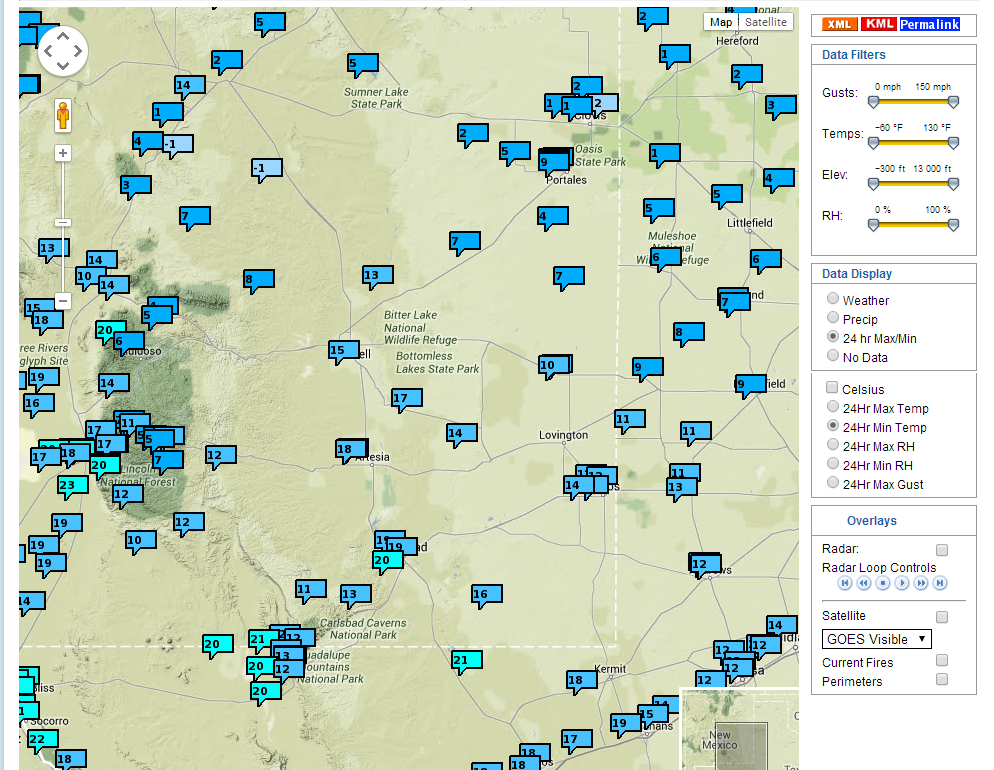 Next Winter Storm Tonight Into Friday. 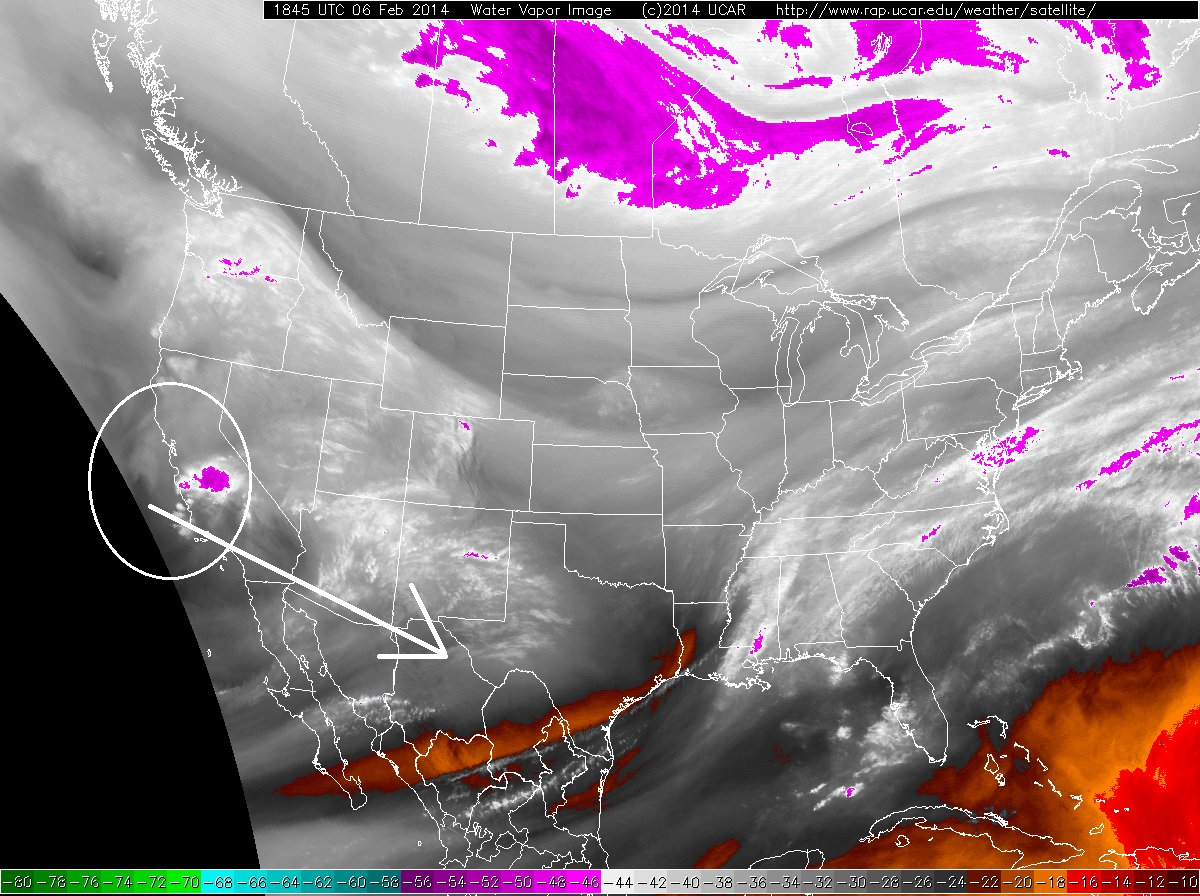 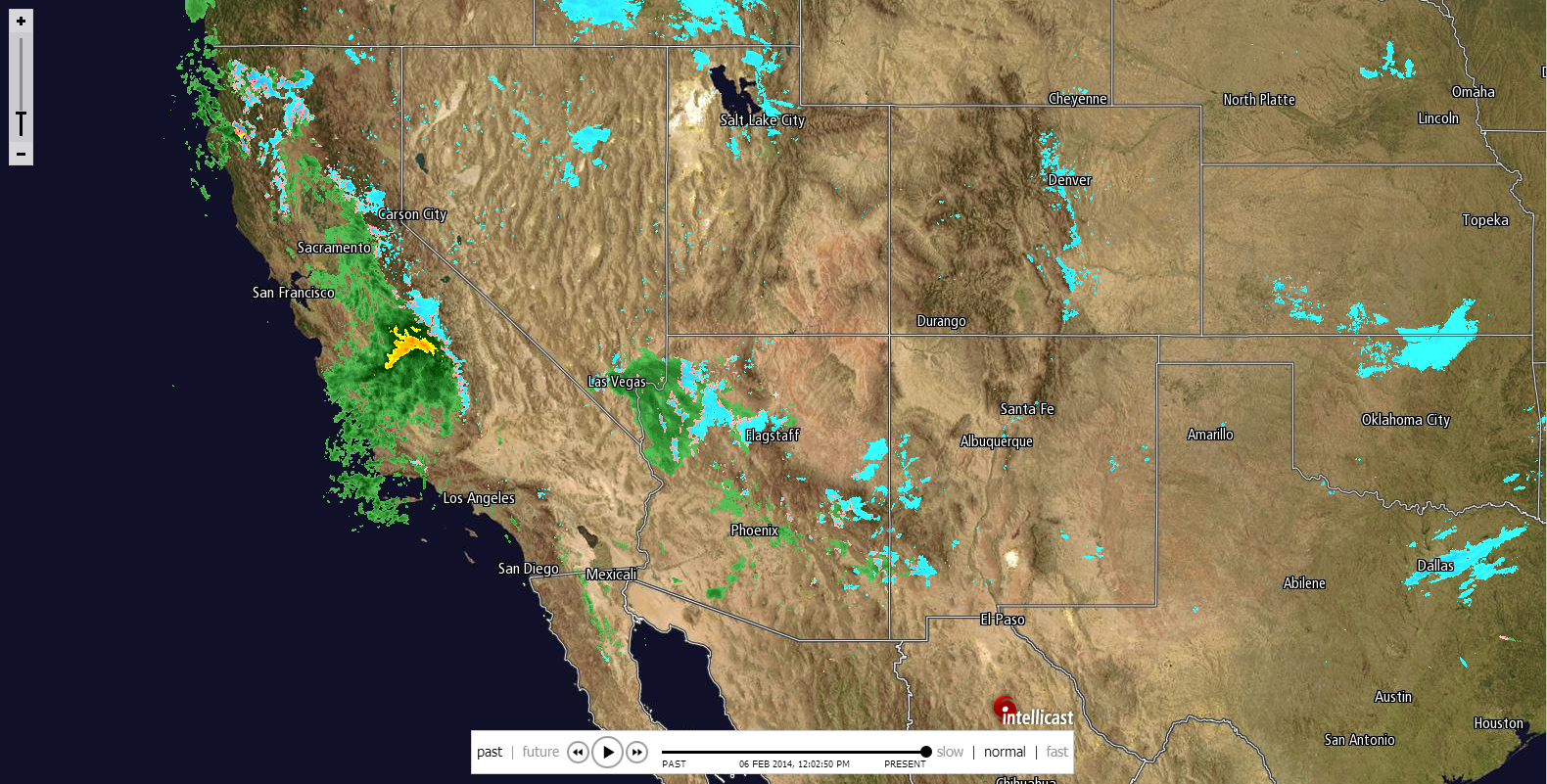 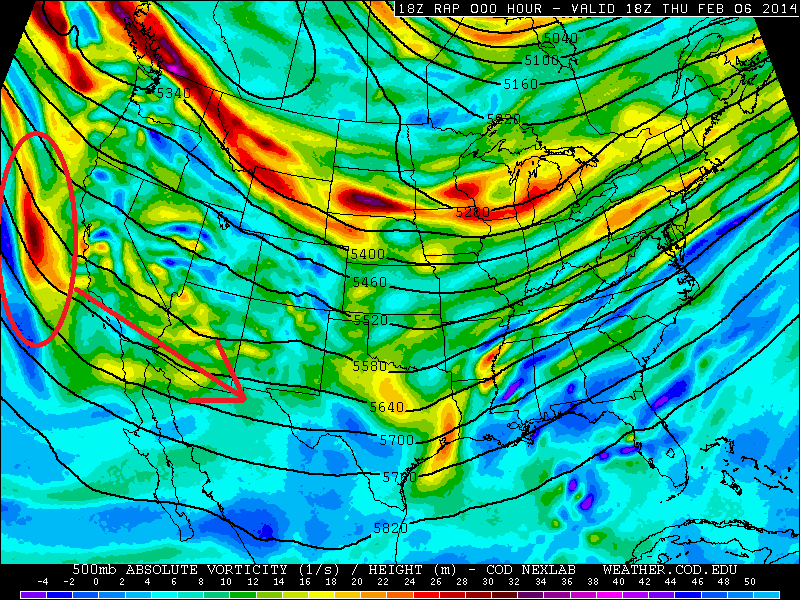 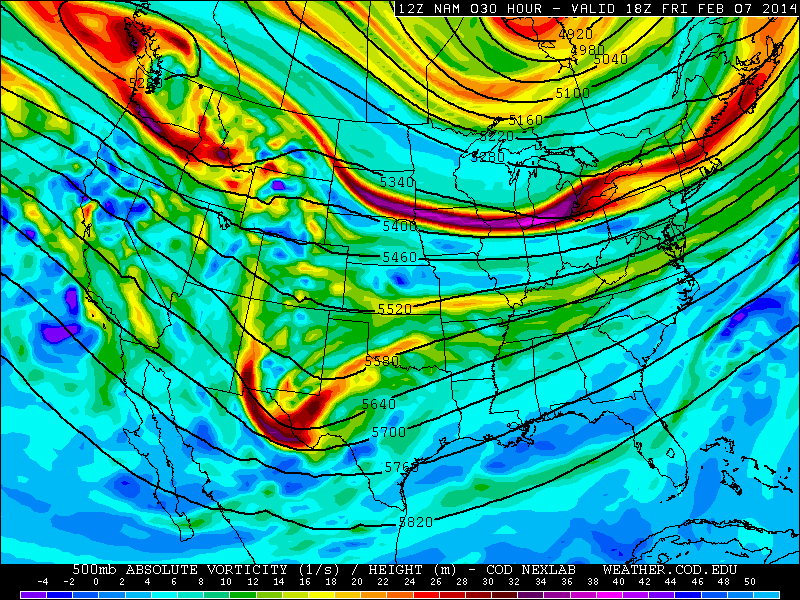 A stronger upper-level disturbance than the one that moved south of us overnight was getting ready to move onto the central Californian Coast at noontime today. This next inbound fast moving winter storm will arrive just south of El Paso by around noontime tomorrow according to the this mornings 12Z/5 AM MST 500 millibar forecast. 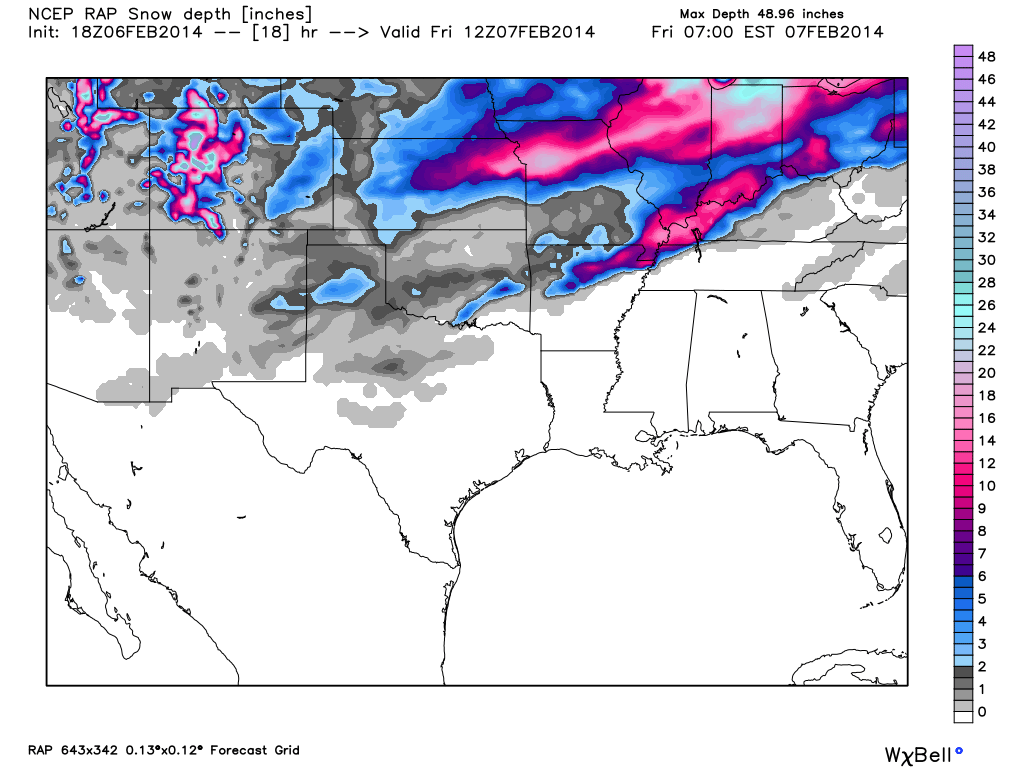 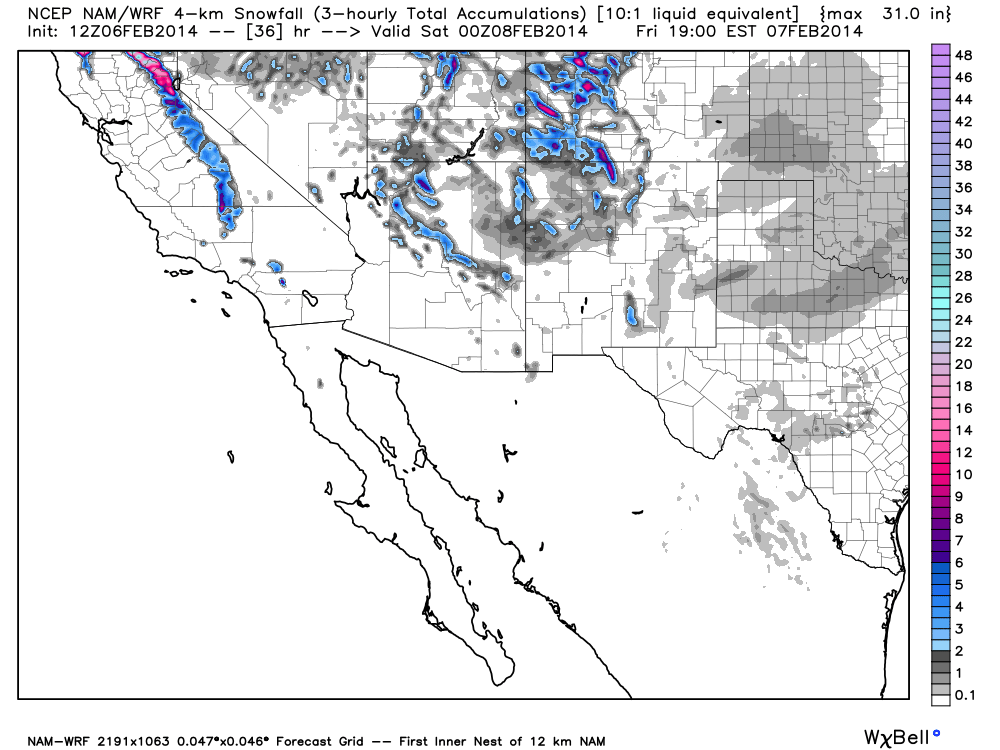 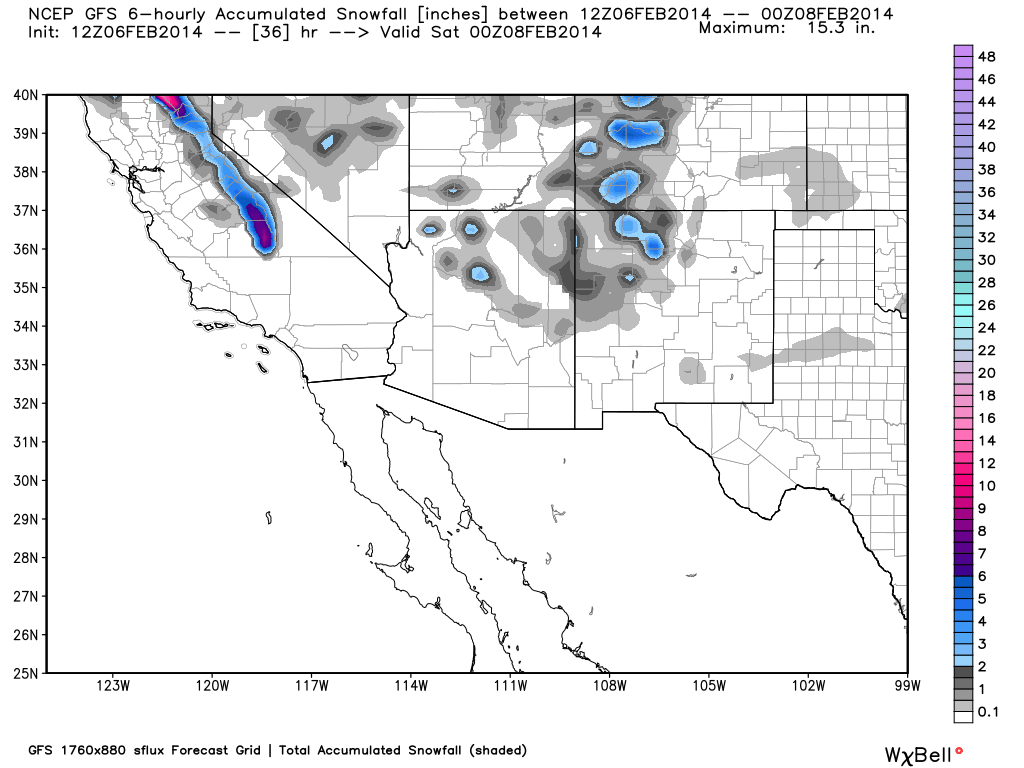 Even though today's approaching storm looks better on satellite than yesterday's storm, the models don't seem to be all that impressed with it, at least as far as their snowfall forecasts for us are concerned. Perhaps another dusting for the southeastern plains tonight into tomorrow. Heavier amounts (3" - 5") are forecast for elevations above 7,500' in the Sacramento Mountains.

Then we start a warming trend Saturday which will last until about next Tuesday or so when the next arctic surge is due. 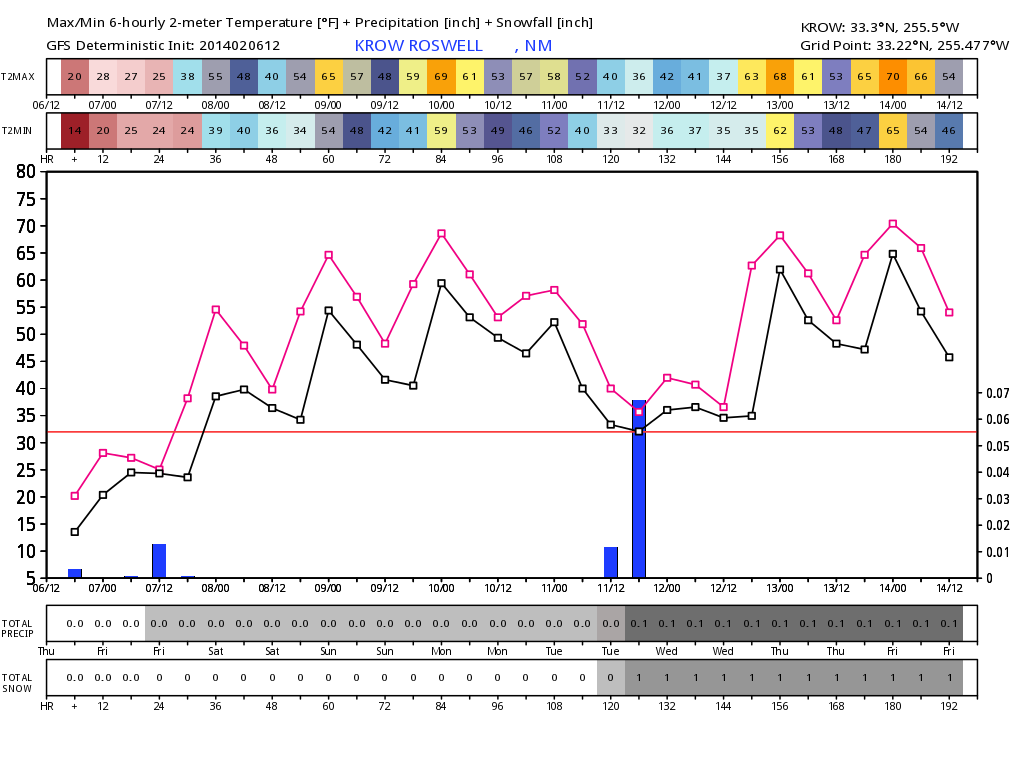 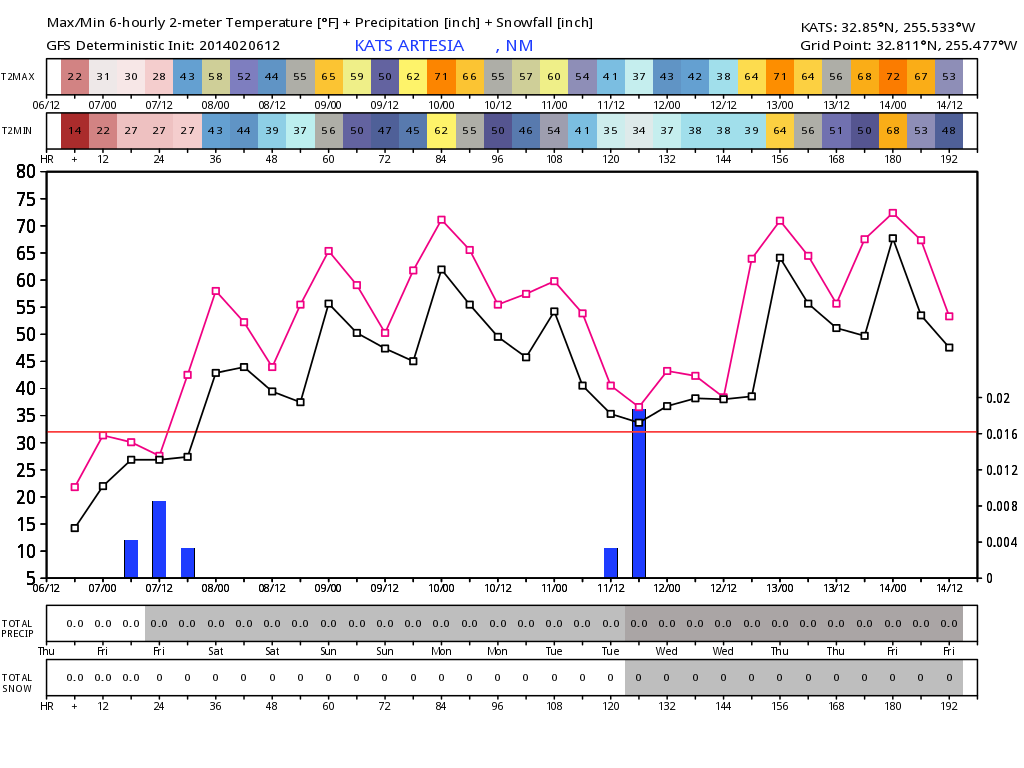 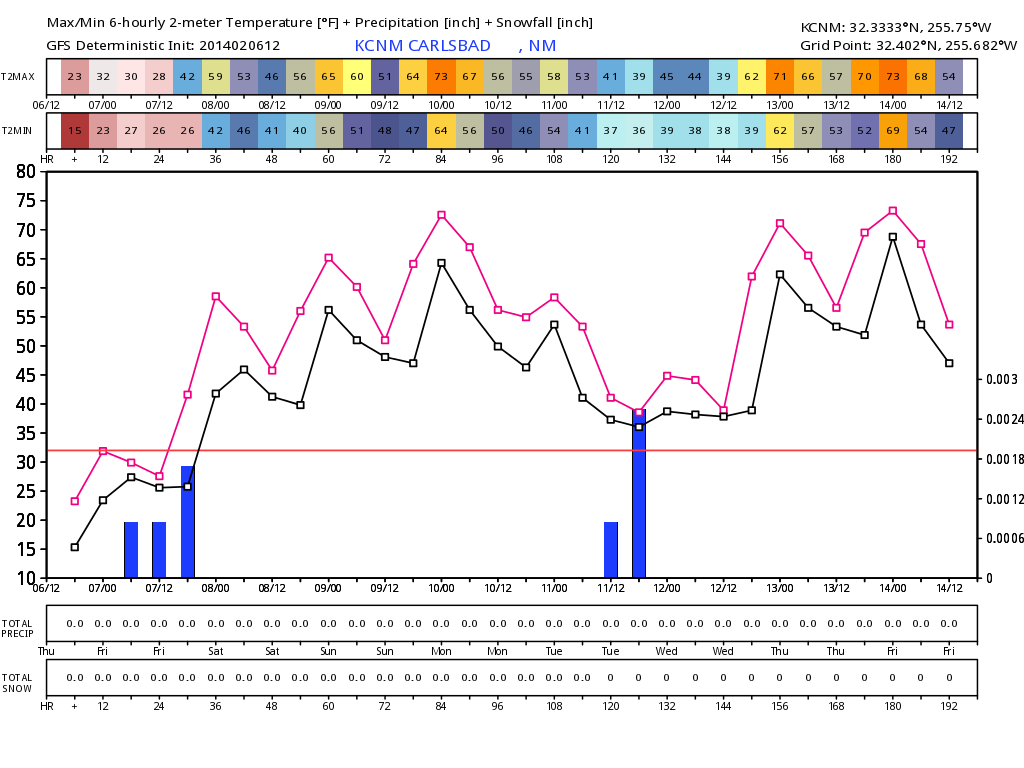 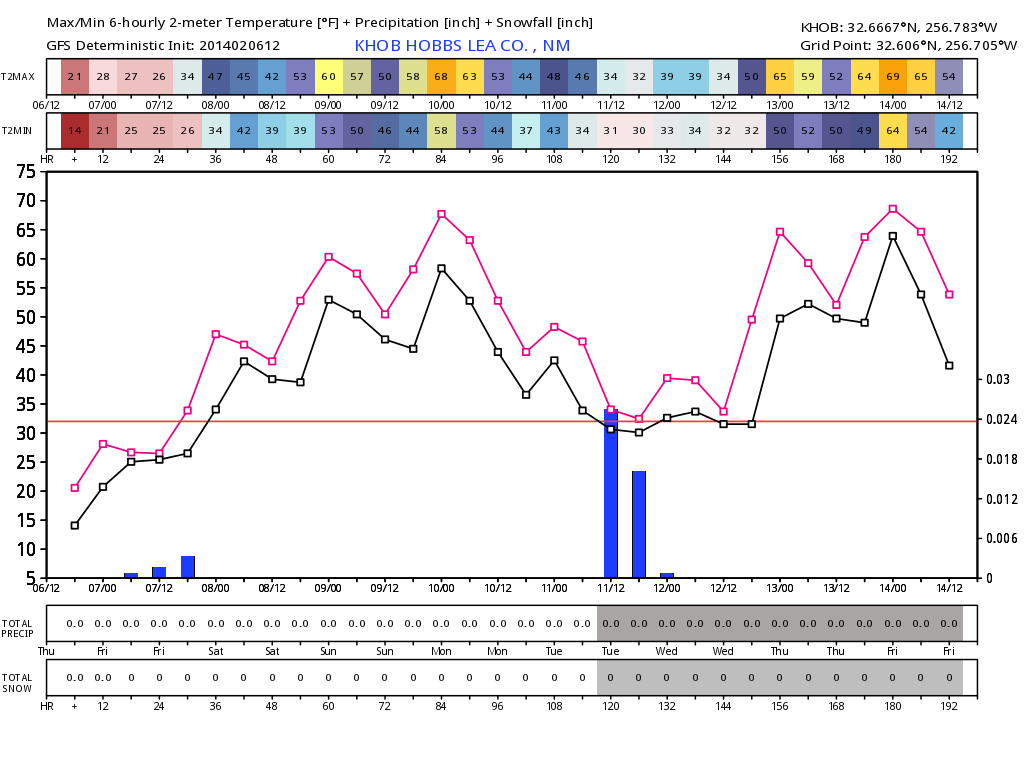 My Web Page Is Best Viewed With Google Chrome.
on February 06, 2014
Posted by Wendell Malone