The Real Truth About Climate Change! 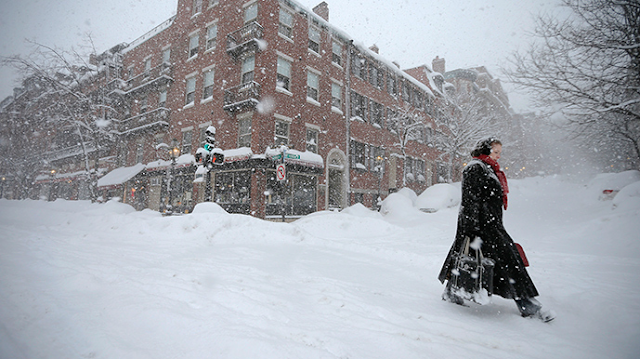 What if someone told you that everything you believe about Global Warming and Climate Change is a total and complete lie? How would you react? Would you even care and why? That's exactly what I've been trying to do. Trust me we are not prepared for what is in store for us. Many noted Climatologists, Meteorologists, and other Scientists believe that we are headed for another Little Ice Age and soon. Perhaps starting as soon as this coming winter.

What exactly does those mean to us here in the U.S.? How bad will the cold be and for how long. Reality is nobody really knows for sure. When the Maunder and Dalton Minimums last occurred our country was in its infancy. We simply do not have reliable weather records to give us a detailed look at what happen back then. All we have are historical records and they paint a pretty bleak picture.

Quote: "Earth is facing the prospect of a ‘mini ice age’ this century, with our sun’s activity projected to fall 60 percent in the 2030s, British astrophysicists say, based on the results of new research that they claim allows exact predictions of solar cycles.

Our planet is just 15 years from a new ‘mini ice age’ that could cause extremely cold winters characterized by the freezing of normally ice-free rivers as well as by year-round snow fields in areas that have never witnessed such climate conditions before, a group of astrophysicists claim.

The scientists could draw such a conclusion based on a new model of the sun’s activity that reportedly enables the researchers to make “extremely accurate predictions” of changes in solar activity.

Although, the fact that the sun’s activity varies within a 10-12 year long cycles was first discovered almost two centuries ago, in 1843, all the previously existing explanatory models failed to fully explain the fluctuations with each cycle as well as between the cycles.

Until now, the astrophysicists thought that the variations of the solar activity depended on the dynamo caused by convecting fluid deep inside the sun.
The latest study conducted by a research team from Northumbria University, Newcastle upon Tyne, UK, and led by Professor Valentina Zharkova demonstrated that the variations in the Sun’s activity are caused by two dynamo processes – one deep in the convection zone of the sun and one near its surface.
The model demonstrates that solar activity will fall by 60 percent by 2030 as the magnetic waves inside the Sun will become increasingly more desynchronized during the next two cycles, especially during cycle 26, which covers the decade between 2030 and 2040.
“Effectively, when the waves are approximately in phase, they can show strong interaction, or resonance, and we have strong solar activity. When they are out of phase, we have solar minimums. When there is full phase separation, we have the conditions last seen during the Maunder minimum, 370 years ago,”she added.
The Maunder minimum is a name of a period between 1645 and 1715 characterized by prolonged low solar activity as well as by extremely cold winters in Europe and North America as it also correlates with a climatic period between 1550 and 1850 called the ‘Little Ice Age.’"
The Truth Is Stranger Than Fiction!
Email Post